Book reviews: 'A Certain Shade of Lipstick' and 'Forever' by Swineshead author and musician Luke Settle

We review the two debut book releases by Luke Settle, of Swineshead, in advance of his latest release due out in April.

A CERTAIN SHADE OF LIPSTICK

This is Luke’s first debut ‘novelette’ and a powerful one at that. 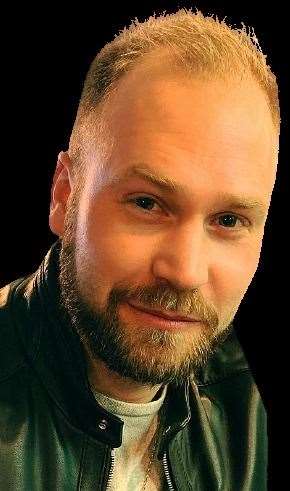 A psychological thriller, at approximately just 6,500 words, it still manages to set the scene and build up the suspense.

It’s a story of love which turns into paranoia and jealousy, leading up to a particularly shocking ending. This read is certainly not for the faint-hearted and its twisted darkness will leave you thinking for long after you turn the last page.

A romantic drama, this is a totally different style of book to Luke’s debut.

You feel as if you are actually there with the characters and, without giving too much away, go on the journey with them and experience the emotions they are feeling.

It's just over 14,000 words and was released on Valentine’s Day.

Luke said: “The support I received from my first publication gave me a real sense of pride and belief that I could write something longer.

“It is very different from the first as a romantic drama and was inspired solely from thoughts about myself and my partner growing old together and looking back on life under troubling circumstances.

“It’s a very personal story and one I hold deep inside my heart.”

Both are available as eBooks or paperbacks from Amazon. Luke’s next short read is another psychological thriller with a twist called 'Terminal Command’ and will be out in April.

He has plans to release a full length book in the future.