The extended lockdown caused by the coronavirus pandemic caused havoc for many organisations, but one swimming club summoned all its resources to keep its swimmers engaged, fit and healthy while their local leisure centre remained closed.

Deepings Swimming Club paused its training back in March and is still waiting for confirmation from operator 1Life about when Deepings Leisure Centre will re-open. But that hasn’t stopped head coach Lynn Chapman from keeping members engaged with the club through a series of fitness competitions and fun activities.

It all started with a simple mission: how far can you run in a week? The rules allowed four runs in seven days and the swimmers were put into juniors, youth and masters leagues. The competition ran over four weeks in May.

Swimmers were galvanised into action, dusting off their running shoes to display some outstanding abilities on road and across country. A steady build-up of weekly mileage over the month resulted in some impressive distances in the final few days, with Hannah Matthews topping the youth leader board, Ella Gerrard taking the juniors honours and Rodney Marks heading the masters. Thirty-nine swimmers took part in the competition.

Into June and coach Chapman set two new challenges: how far can you cycle in a month? and how fast can you run 1km?.

The cycling challenge proved very popular with swimmers and parents alike, with 28 participants. An additional gauntlet was laid down by swim parent and committed cyclist Andy Roffe to see if anyone could exceed his total over the four weeks. 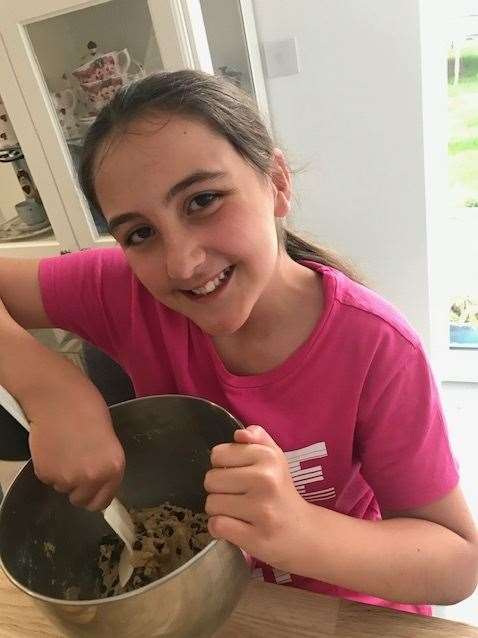 The 1km sprint challenge was watched with mounting interest by interim club chairman and keen runner Andy Cardell who had promised to undergo a 1,500m swim should anyone beat his best time of 3:10.

Hannah Matthews came closest for the youth swimmers, posting an excellent time of 3:23. However, it was Harry Newman, completing in the juniors league, who gave Cardell the biggest fright, pulling off an outstanding final-week time of 3:16. It marked a huge improvement for Newman over the four weeks.

During the competitions, the club’s swimmers have continued to attend the weekly land training sessions via zoom, run by Spinroom’s Claire Cross. These 40-minute workouts have helped to keep everyone fit, with major emphasis on core strength.

But filling the time away from the pool hasn’t all been about fitness levels. Deepings Swimming Club honoured and celebrated the 75th anniversary of the D-Day landings in June by setting swimmers the challenge of doing something related to the number 75.

Many focused on sporty themes, including 75 squats, 75 planks, 75km cycling, 75 seconds wall sit, 75 skips, 75 cartwheels, a 75-minute triathlon and an impressive 75 times running up and down the stairs.

Other imaginative celebrations included making 75 gingerbread men, juggling balls 75 times, making (and eating) 75 strawberries with chocolate and putting on 75 items of clothing (on one of the hottest days of the year!).

The club’s focus is now on returning to the pool. In the absence of its regular training venue, the coaching team has taken the squads to a variety of pools around Lincolnshire, including Tallington Lakes outdoor pool and Boston’s Geoff Moulder leisure centre, to help rebuild their skills and swimming fitness.

The sessions, dubbed Project Return to Swimming, are due to run throughout August in the hope that the club will be able to be back in the Deepings Leisure Centre pool sometime in September.