A stirring second half display saw Pinchbeck United mark their return to action with a victory on Saturday.

The Knights ran out 3-1 winners against Thurlow Nunn League Premier Division visitors Swaffham in their first match since the ending of the third national lockdown.

Lewis Thorogood's side found themselves trailing at the break to Alby Matthews' early opener for the Pedlars.

But the Knights responded after the break with Elliott Burrell getting them back on level terms before Harrsion Holland hit a brace to secure their success after a much-improved second half showing.

Boss Thorogood said: "I thought we were very disjointed in the first half.

"We looked like we hadn't played for three months and it was a bit ragged.

"There wasn't any organisation and a lot of bickering and fair play to Swaffham because they came out of the traps really quickly and scored the goal where a lack of communication has cost us.

"We have grown into the game as the half wore, but we still didn't look great.

"We ironed everything out at half-time though, got some organisation in there and sorted out the issues.

"We managed the game and looked at the problems and in the second half we were a lot better.

"The back four were nice and solid, our goalkeeper was coming out earlier with better talking and the midfielders were ratting and trying to close play down a lot better which we expect.

"There was a lot more tempo and energy and the different combinations in our front three were a lot more dangerous."

It had taken the Pedlars less than 90 seconds to break the deadlock as a free-kick was curled dangerously into the home box and, with none of the Knights rearguard taking charge of the situation, Matthews reacted first to nod home the opening goal.

The Swaffham forward then forced a smart stop from Ben Martin in the home goal before his opposite number thwarted Patryk Kacirek with a tackle just outside his box after a promising Pinchbeck raid.

The visiting custodian then did well to deny Jacob Fenton with a fine reaction save before Swaffham had a good chance to double their lead before ther break only to plant a free header wide from a corner.

The Knights suffered a setback early in the second half when Fenton was forced off with a nasty-looking ankle injury which saw a 10-minute delay to proceedings while the frontman was helped off the pitch.

Swaffham immediately went on the attack from the restart and Martin had to produce an excellent fingertip save to keep the Norfolk side at bay.

Pinchbeck then rallied and got back on level terms just past the hour mark when Holland produced a neat turn and shot which rattled the underside of the crossbar and Burrell was on hand to nod home the rebound.

The hosts then hit the front seven minutes later as Holland raced clear to latch onto a clearance and lob the advancing goalkeeper.

The Knights marksman then added his second and Pinchbeck's third in injury-time as he took full advantage of a defensive mix-up following Joe Melson's pass forward to score with a simple tap-in.

A number of Peterborough League sides were also back in action in preparation for their cup campaigns which start next week.

Moulton Harrox were 3-0 victors in their trip to Deeping Rangers Reserves thanks to goals from Ian Bradbury (2) and Ali Morgan.

Long Sutton edged out Tydd 2-1 while Louis Roberts hit a hat-trick as Rippingale and Folkingham ran out 3-2 winners against Boston League neighbours Pointon.

Pinchbeck United Reserves went down to a 6-0 defeat against Premier Division visitors Peterborough North End Sports while Deeping United's first team gained the club bragging rights with a 5-2 success over their reserve side.

Thurlby Tigers returned from their trip to Thorpe Wood Rangers with a 3-1 success courtesy of goals from Ashley Firth, Jack Elliott and Dan Munton. 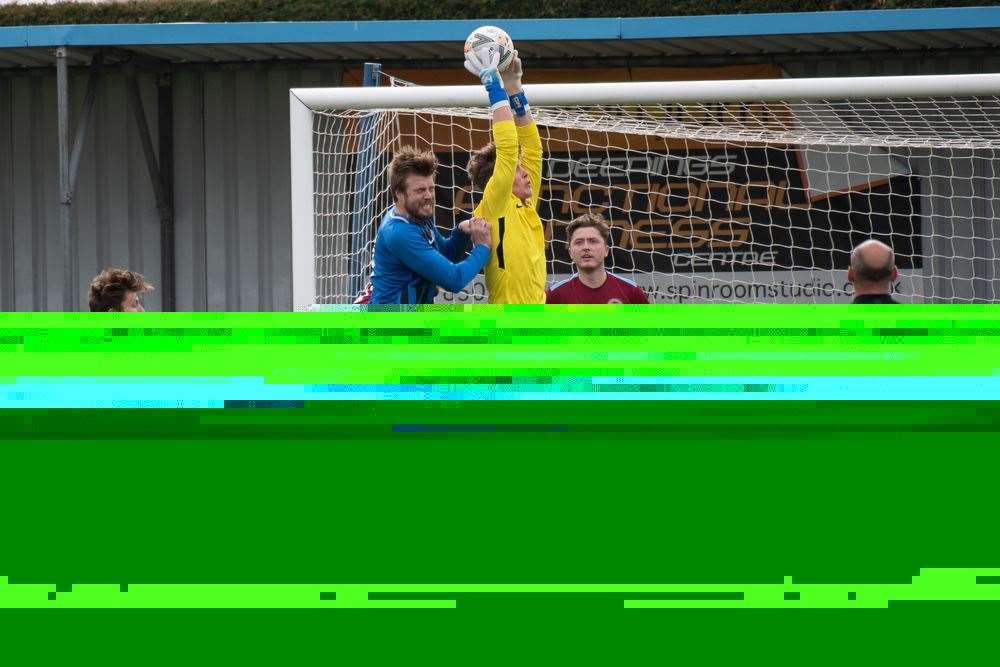