Three tries in the final eight minutes rescued a draw for Spalding after a stunning start.

However, Spalding hold one of the best home records in the league - having only lost to leaders Nottingham Casuals while racking up some impressive scores against many teams.

With a large crowd around the pitch, Ashfield kicked off.

Spalding secured the high ball safely, scrum-half Will Shields nipped the ball out to fly-half Willis Ingleby and the ball moved on swiftly to winger Ben Shields.

He cut back inside to find Conall Mason supporting with a clear run to score and with his successful conversion, Spalding were seven points up within the opening minute. 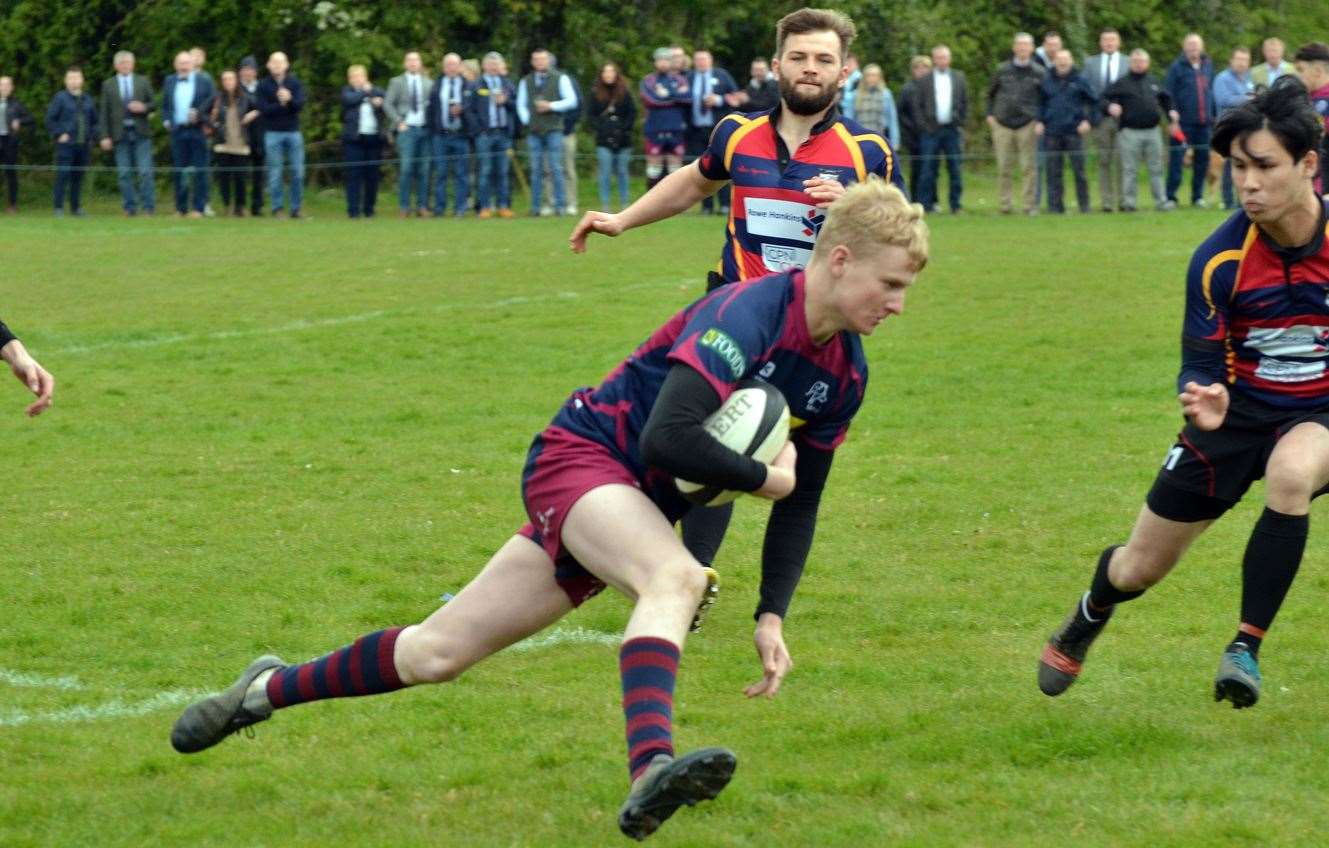 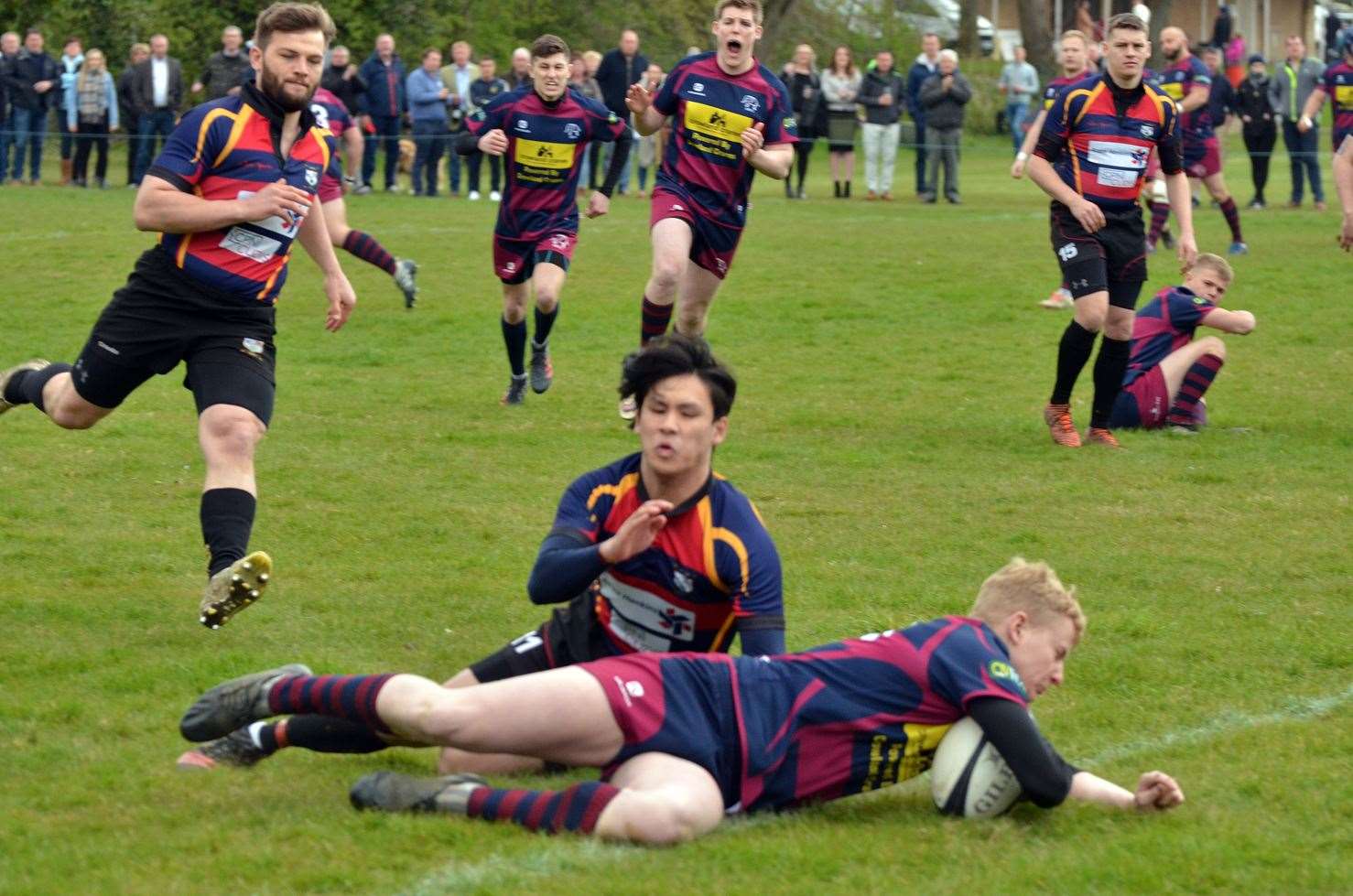 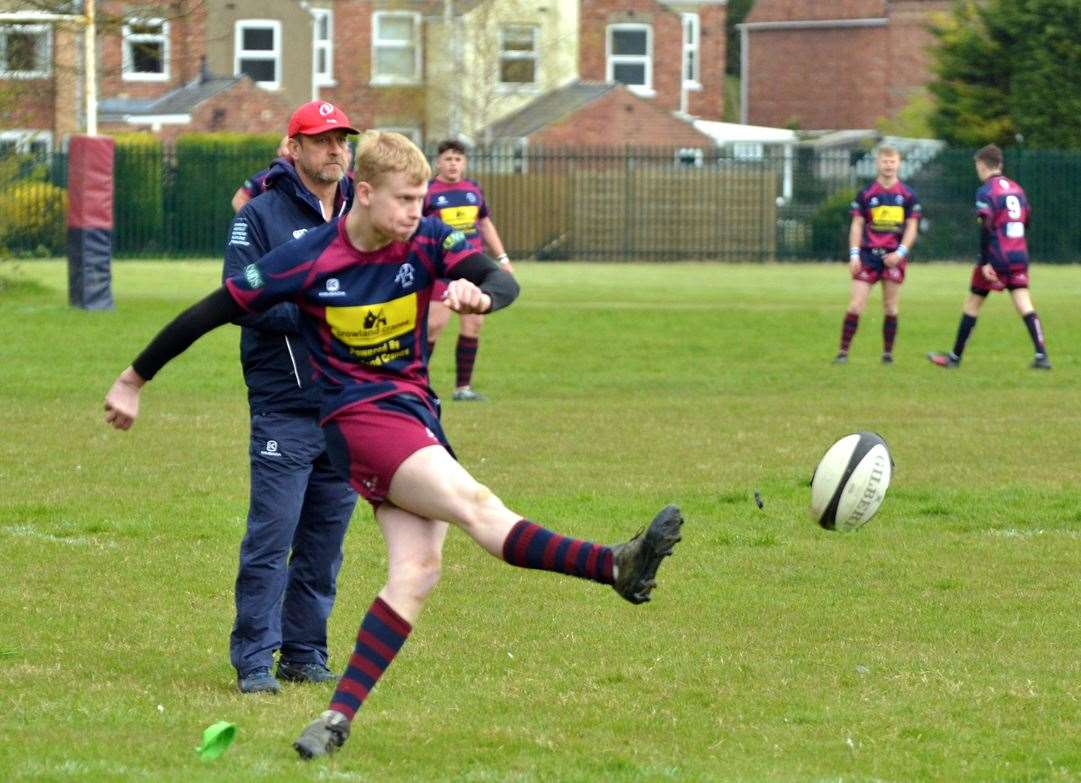 Spalding looked to press home their advantage but Ashfield started to settle down and show that they were a well-drilled team, quick to the breakdown, with two good hard running centres.

Competition between the two teams was intense and it looked as if left-winger Gav Sharman had rounded Ashfield’s defence to score in the corner but his foot was in touch.

Shortly afterwards the visitors worked their way deep into Spalding’s 22 and suddenly they were scoring under the posts to draw level.

The game was being played at fierce pace all over the park.

Spalding’s forwards Jason Steels and Ash Anker were looking for gaps to break through and steadily they built up a head of steam as half-time approached with Ashfield tackling and defending well.

But just before the whistle, a Spalding move broke down - handing the ball to Ashfield’s inside centre who sprinted from his own 22 to score under the posts, completely against the run of play.

Harry Brown came off the bench to replace Anker but within a couple of minutes of the second half, Spalding’s defensive play at a ruck was poor - lacking commitment - and Ashfield’s outside centre sailed through unchallenged.

Spalding responded through their forwards.

Ash Piccaver was starting to make some force full breaks and Harry Sharman was using his experience.

A couple of penalties were awarded against Ashfield at the breakdown as Spalding started to impose themselves and Ryan Chappell, taking a pass at pace, crashed over for a converted try.

Ashfield again benefited from some missed tackles by Spalding and looked to have secured victory as first their excellent outside centre helped himself to his second try, securing the one bonus point they required, and then their forwards went over.

As Spalding - now dominant in the scrum - looked to get something out of the game, Tom Wilson replaced centre George Brown.

With eight minutes remaining, Ingleby made a good break. The ball found Ben Shields out on the right wing and he cut back inside the defender for a converted try.

Spalding were streaming forward, opening up gaps in Ashfield’s defence.

Captain Dan Adams made a decisive break through the middle eating up the yards. The ball was moved quickly to the left and Gav Sharman rounded his defender to score.

One minute remained on the clock as Ashfield restarted with a high long kick. Ball secured, Harry Sharman feed the ball to his forwards and Harry Cole and John Barrett made inroads.

Piccaver joined in and soon Spalding were on Ashfield’s five-metre line.

A series of rucks saw Ashfield defending gallantly but finally Piccaver forced his way over and with a difficult conversion missing the posts, Spalding had scored 17 remarkable comeback points to draw a thrilling match.

With both teams gaining three league points, Spalding moved up to joint third place with Belper with all to play for next week at Bakewell Mannerians.