Spalding picked up their first league win in five matches with a demolition of Rushden & Higham at Memorial Field.

Despite heavy rain in recent days, the pitch was in a surprisingly good condition and the stage was set for the Elephants to try and improve on their solitary win against Huntingdon & District at the end of September.

But the home team’s defence was well-organised as secure tackles nullified any threats from Rushden.

Spalding’s flanker Ryan Chappell was soon demonstration his speed and thrust as first receiver from the rucks when suddenly there was a break in open play as captain Dan Adams feeding his co-centre Taylor Crowson who cut through the visitors' defence to open the scoring.

Conall Mason converted before scrum half Wilson Crowson swiftly moved the ball out to fly half Willis Ingleby who supplied Gav Sharman.

With a devastating turn of pace, Sharman rounded his opposite number to score Spalding’s second converted try, giving them a 14 point lead after a quarter of an hour.

Stunned, Rushden pinned Spalding deep in their half, gaining possession in front of the posts.

A series of rucks followed as the visitors edged forward and finally lock Macauley Crane was penalised by the referee for not rolling away, picking up a yellow card.

Then Spalding suffered a further blow as Wilson Crowson also departed for a ten- minute break as the home team’s metal was now tested. 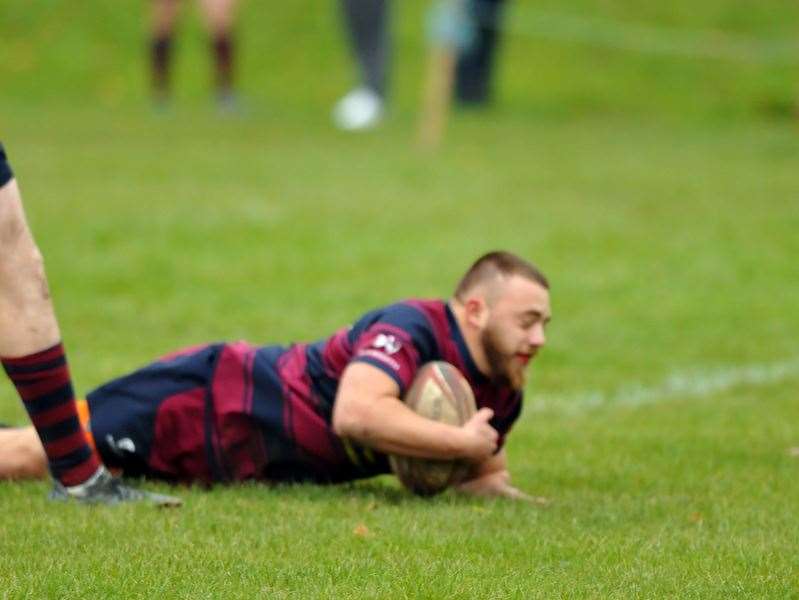 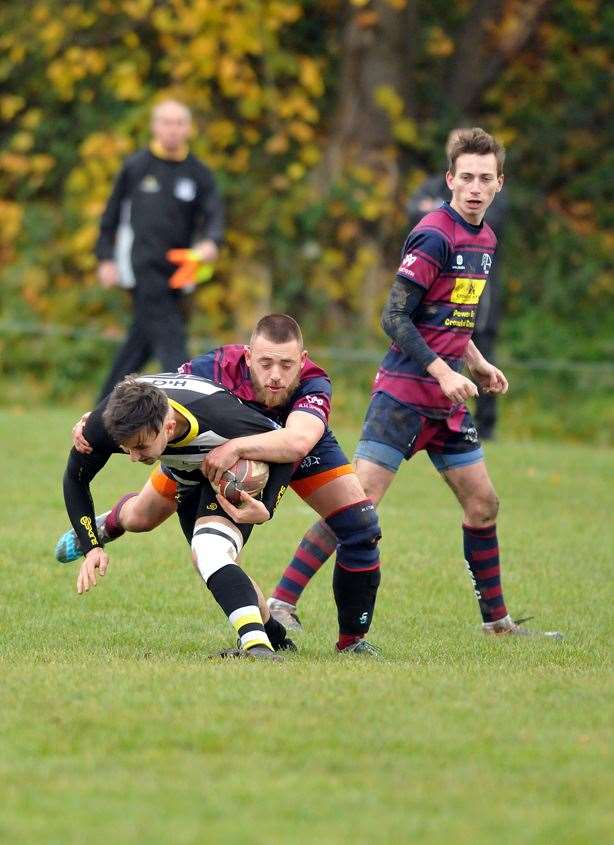 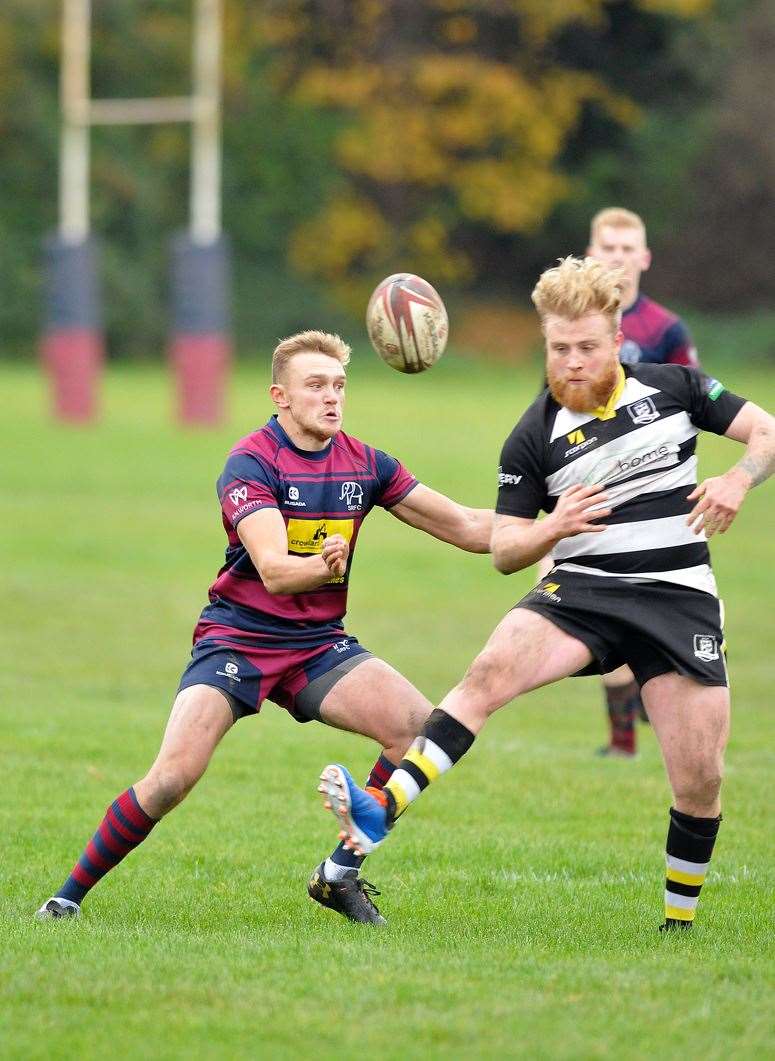 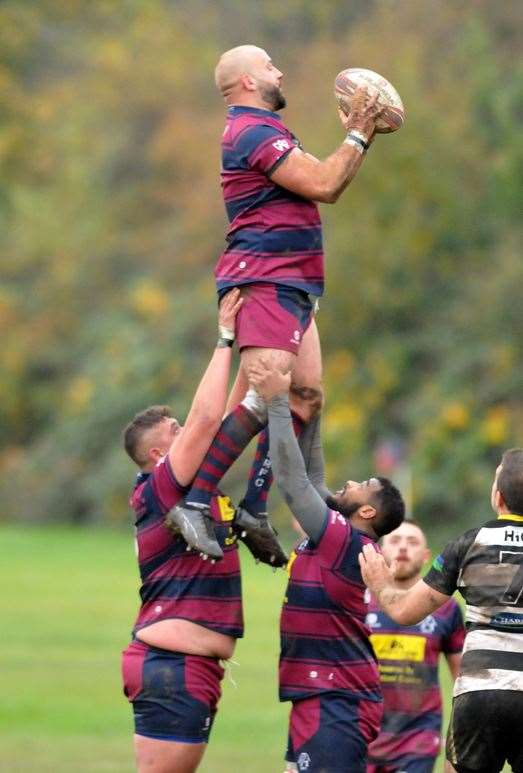 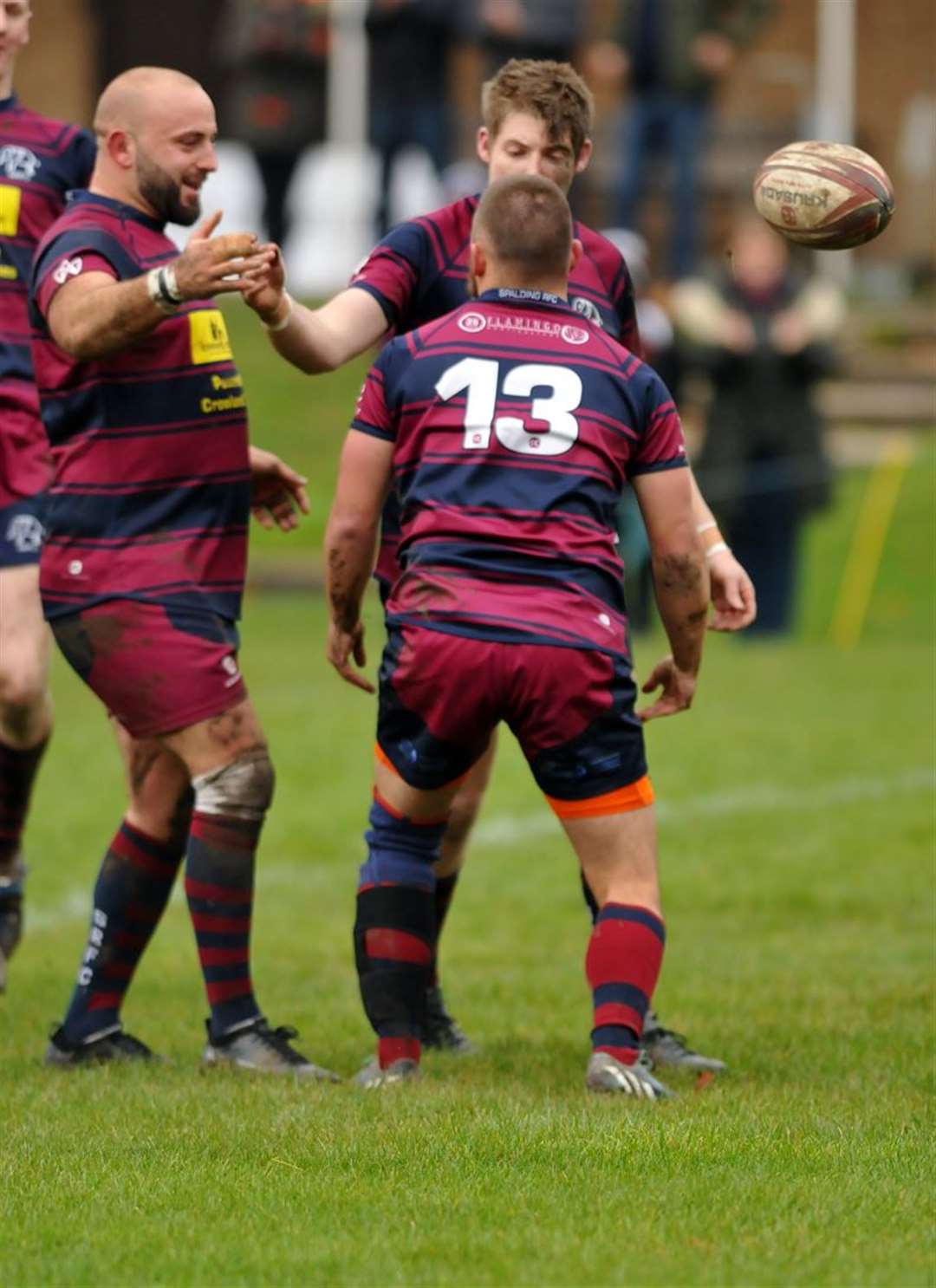 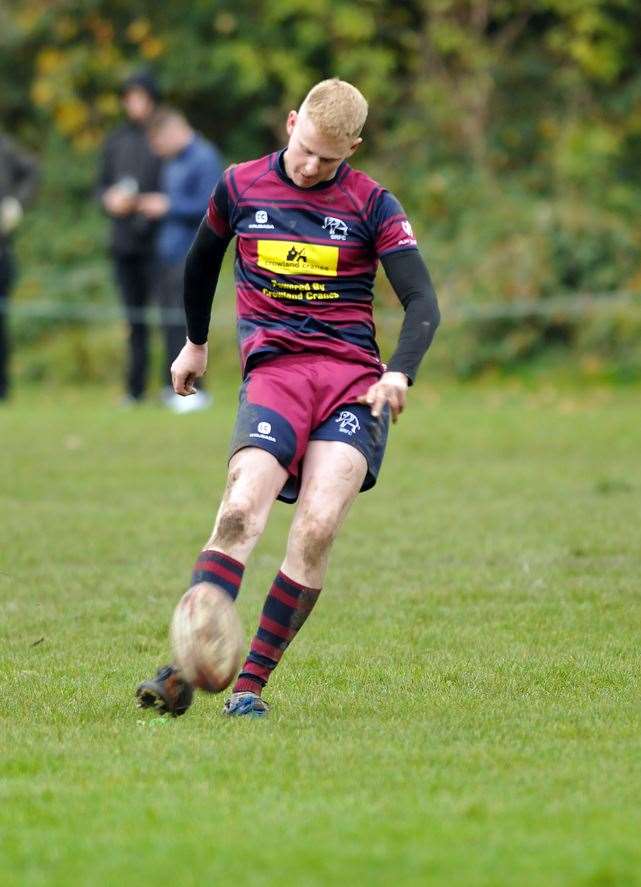 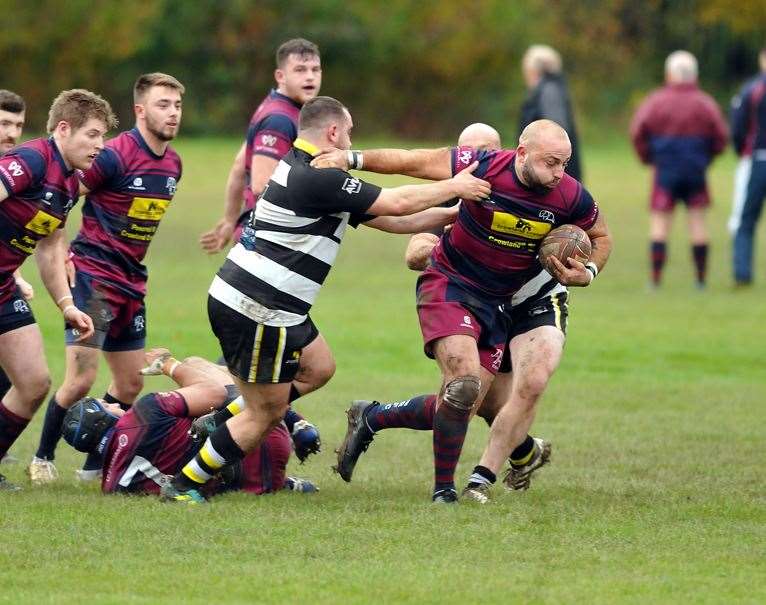 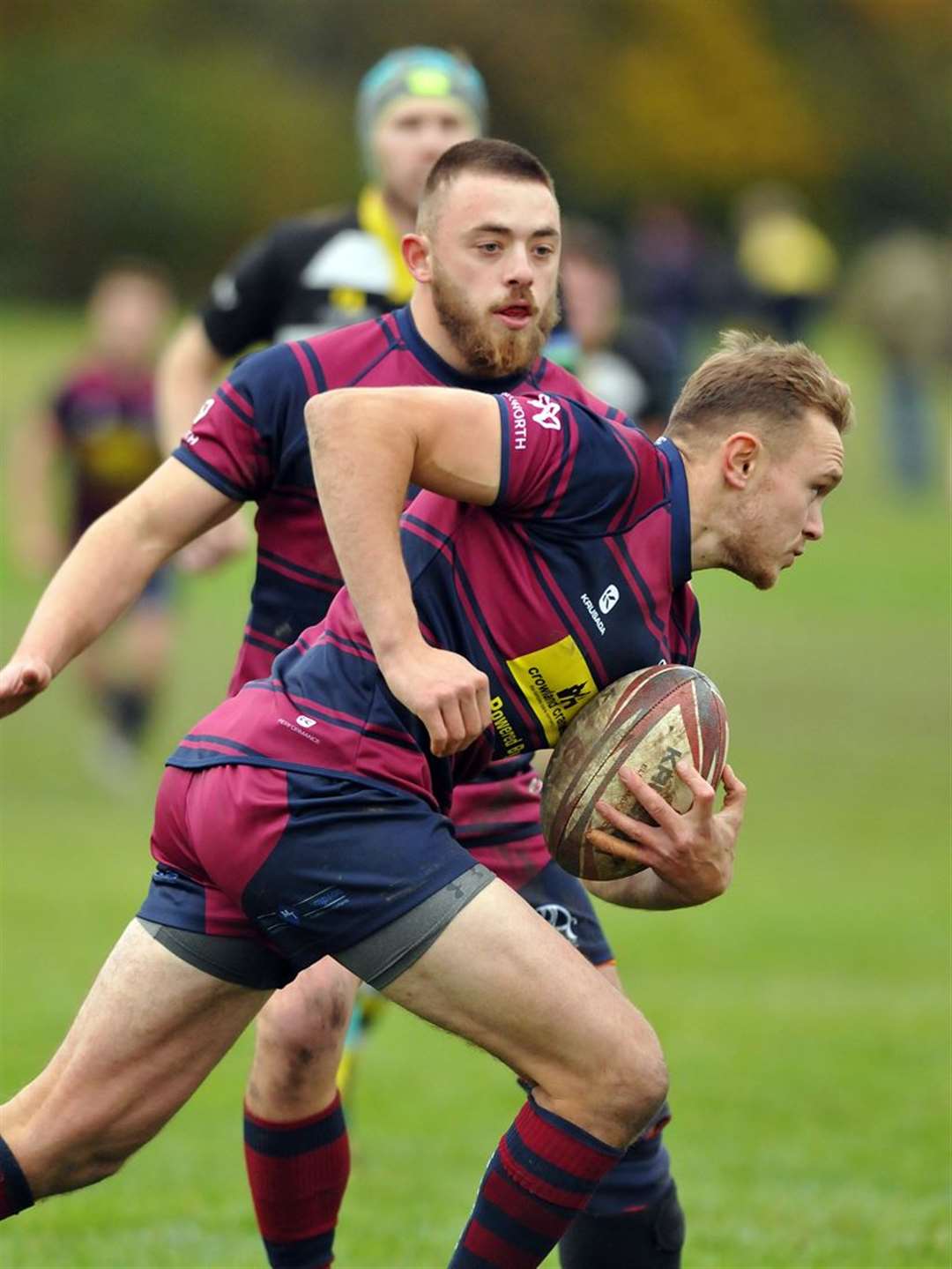 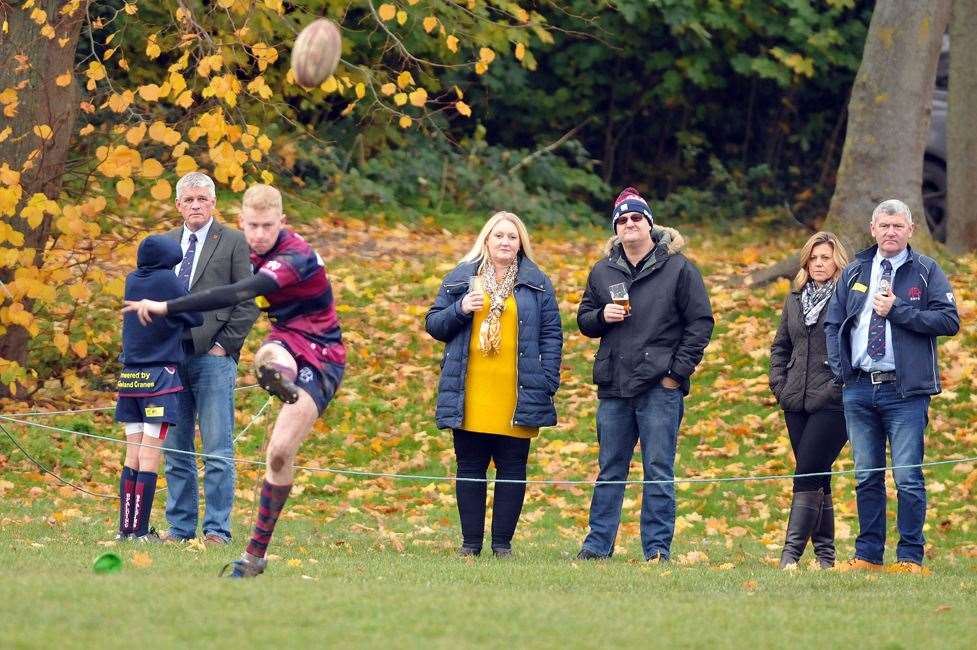 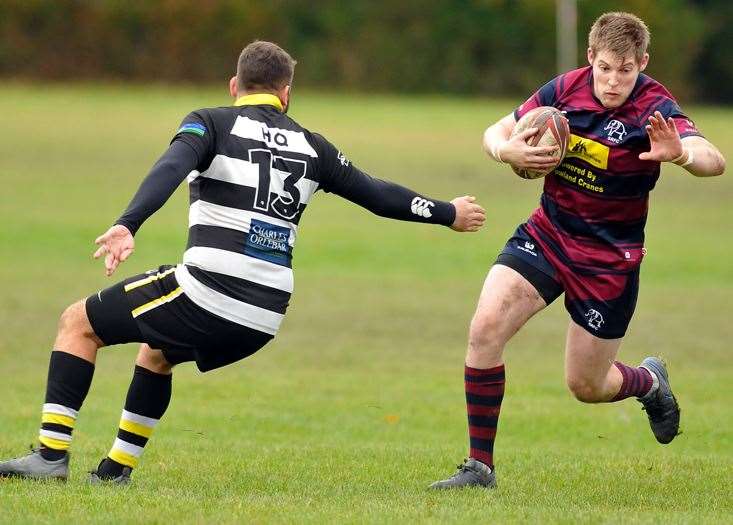 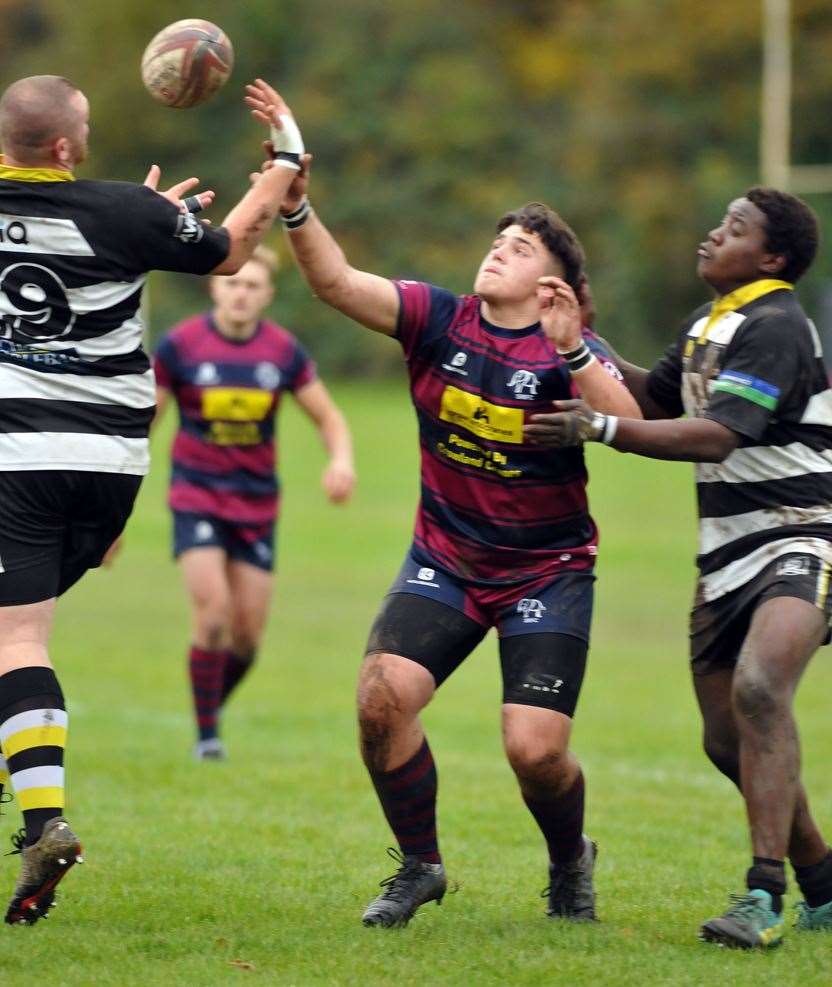 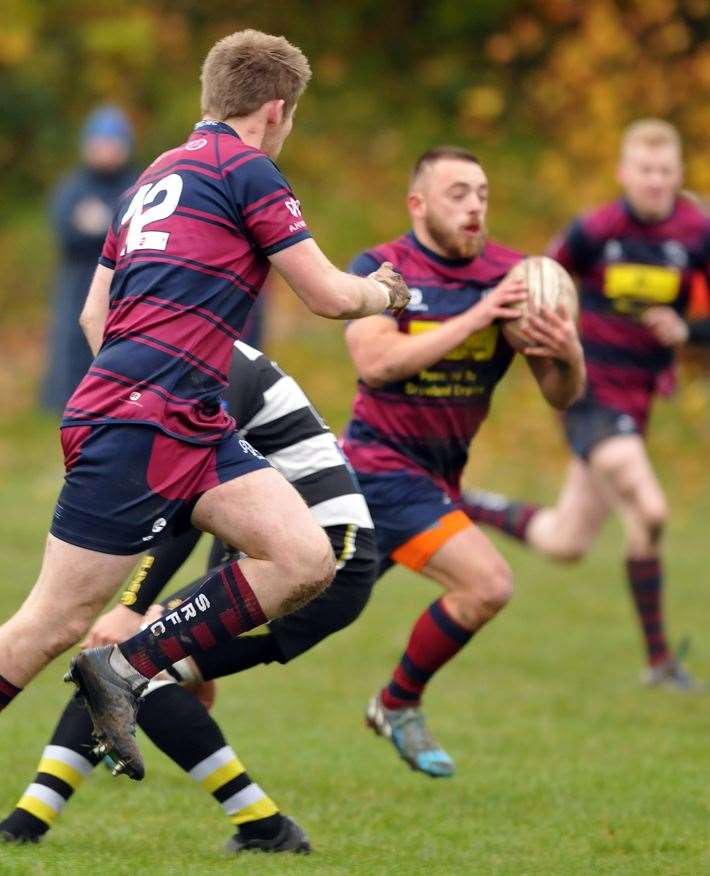 But they stood firm on their five-metre line, despite. prop Luke Turner taking taking a knock to the head in a collision when Rushden were within a metre of the line.

However, they were penalised for holding onto possession in a ruck and Spalding cleared their line.

Spalding’s troubles with the ref were not over as Sharman saw yellow for a rather innocuous retaliation against his annoying opposite winger.

But with Crane and Wilson Crowson back on the pitch, Spalding sprang back to life as their scrum started to take control through the front row of Pete Waudby, John Barrett and Turner.

A penalty kick to touch, deep inside Rushden’s twenty two, saw Harry Sharman winning his lineout before a driving maul to the line was held.

Recycling the ball quickly out to inside centre Adams, the captain cut back inside and with his powerful running, broke a couple of tackles to cross the line.

With another conversion from Mason, Spalding went into half time with a 21-point lead.

As they were caught by Spalding’s backs following up, the ball came lose at the ruck and Adams touched down for his side's fourth try of the day, give Town a bonus point.

Spalding’s scrum was now in the ascendancy and along with good lineout possession from Anker, the home team were in control, with good first phase possession.

Harry Brown replaced Crane at lock and the squeeze was now being applied to Rushden when an outrageously excellent try was scored by Harry Sharman.

Breaking from the back of a scrum near the half way line, Sharman ran wide and with the visitor’s defence initially failing to lay a hand on him, the player/coach continued to bear down on the try line.

Finally the cover defence made their tackles, but Sharman escaped and reached out for what he thought would be the try of the match.

But it was Willis Ingleby who showed his pace and determination for an outstanding try as, well inside his own half and with Rushden’s spirit broken, he spotted the visitors defence in disarray and broke through a gap before sprinting more than half the pitch to touch down for a converted try.

Flanker, Harry Cole became the fourth Spalding player to be shown a yellow card when he made contact with a Rushden player's head.

In the last minute a cross-field kick by Ingleby, saw Gav Sharman jump and take the high ball out on the wing.

He cut back inside but was denied his hat-trick as he was chased down and tackled.

This was by far Spalding’s best performance of the season, with their forwards getting on top in the scrums and the three quarters having plenty of possession in space.