In a tense, highly-competitive and low-scoring game, Spalding came out on top to go marching through to the final.

A boost to Spalding was the return of Ash Piccaver at lock, having been injured since the first game of the season in August.

However, Spalding have never progressed further than this stage in a national cup competition, losing to Wheatley Hills of Doncaster 15 years ago in the semi-final.

The game started with both teams playing conservatively - keeping the ball in the forwards trying to retain possession - while both defences were closing down space, cutting out any ambitions to play open running rugby.

There were a few encouraging signs for Spalding as Buxton were penalised several times, allowing fly-half Willis Ingleby to kick for touch and gain territory.

With Piccaver jumping at the front and Ash Anker to the rear of lineouts, good possession was being won for scrum-half Ben Shields to use. However Buxton’s lineout was also as effective.

Similarly both scrums seemed to be fairly equally matched and with centres Dan Adams and George Brown relishing the physical tackles, Buxton’s ambitions to spread the ball out wide to their dangerous wingers were being limited.

When put to the test, left-winger Matty Holmes put in a crunching tackle on his opposite number and full-back Conall Mason was effectively sweeping up.

Spalding were relatively in control with the back row of Harry Sharman, Ryan Chappell and Harry Cole being a constant threat with their forceful carries.

But Buxton were holding firm and by half-time, neither team had scored.

However, all changed within a few minutes of the restart.

Spalding were pressing deep into Buxton’s territory with their defence closing down space.

Sharman and Anker made good carries with Shields' pass out to Willis allowing him to put in a chip kick out wide and right-winger Ed Booth swept in to open the scoring.

Spalding’s scrum gained the upper hand with the front row of Jacob Greaves, John Barrett and Luke Turner giving everything.

Buxton’s scrum was in retreat and a turnover was conceded.

To Buxton’s credit, they came back at Spalding and had a good spell for 15 minutes.

What was noticeable was how well the home team were communicating and helping each other to plug any gaps. They effectively shut Buxton out and never threatened Spalding’s try line.

Rob Lucas replaced Shields at scrum-half to bring his experience to bear.

Buxton missed a penalty kick while Mason was denied by the crossbar and post.

Having weathered Buxton’s comeback efforts, Spalding were back pressing deep in the visitors' half.

Willis was again instrumental in opening up their defence with his run and pass over the top of Buxton’s defence to Booth out wide to run in, scoring his second try and a significant lead of 10 points.

Next Chappell was stopped a couple of metres from the try line only by the strength of a double tackle by Buxton defenders and then Booth was denied his hat-trick by a knock-on.

By now Spalding’s front row were completely exhausted from their efforts and Miguel Da Silva was on with fresh legs by replacing Cole.

Finally, referee Nic Bisset, who had had an excellent afternoon, blew his whistle and Spalding players and supporters celebrated. 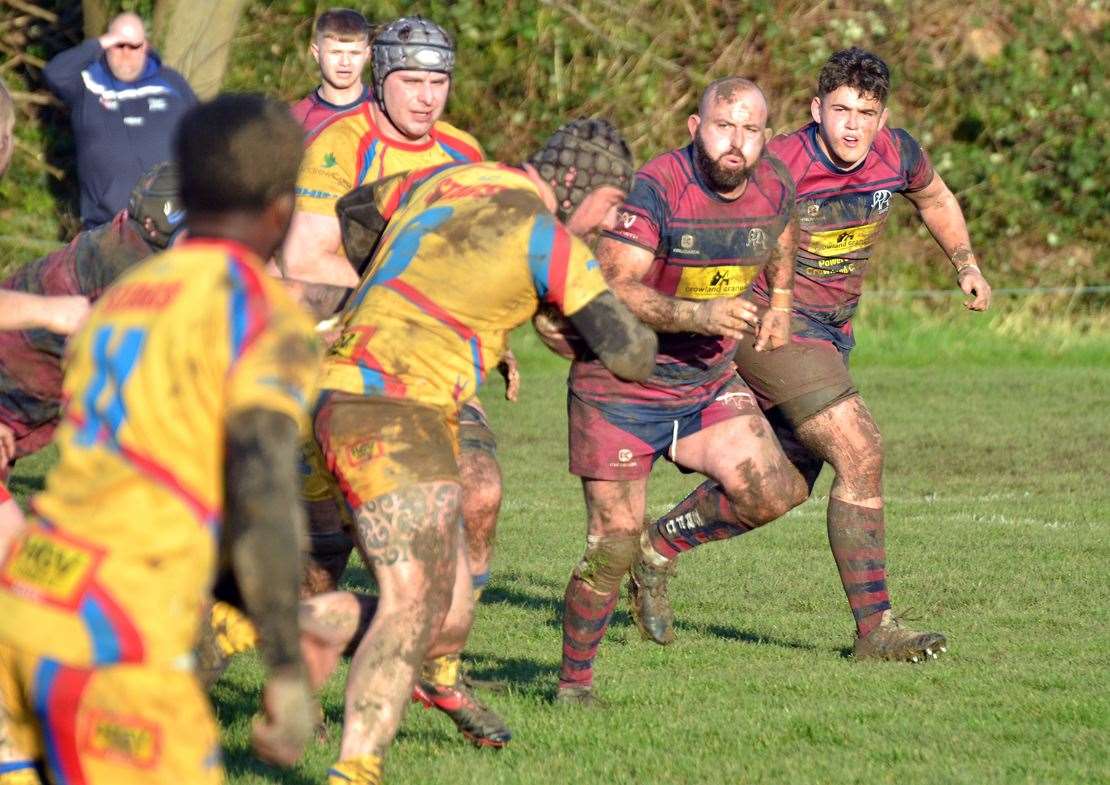 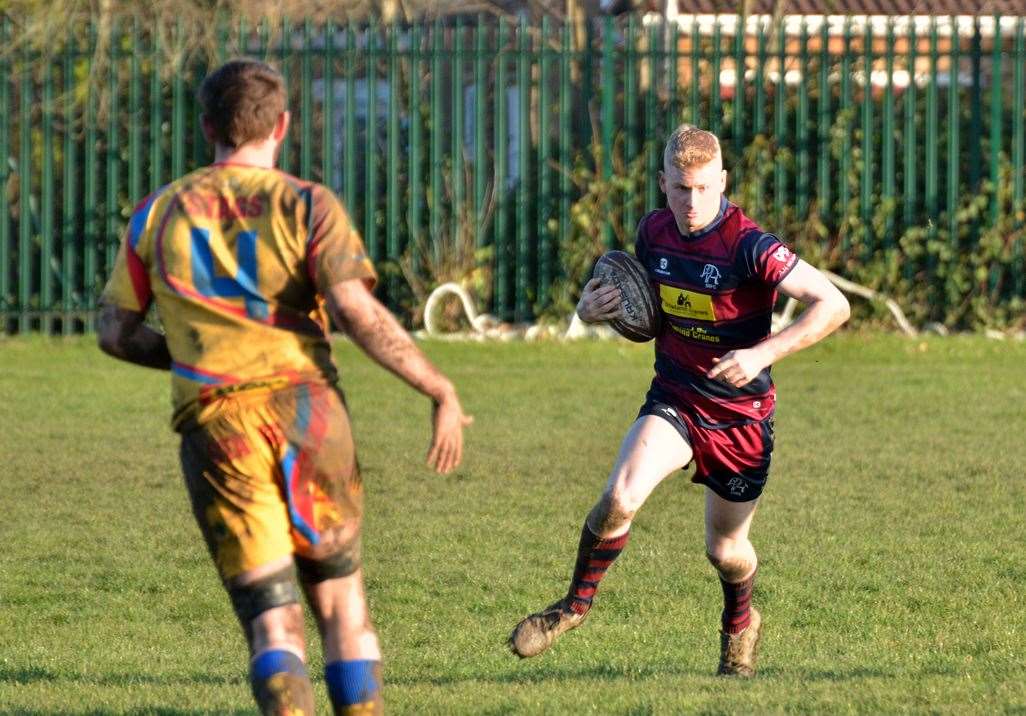 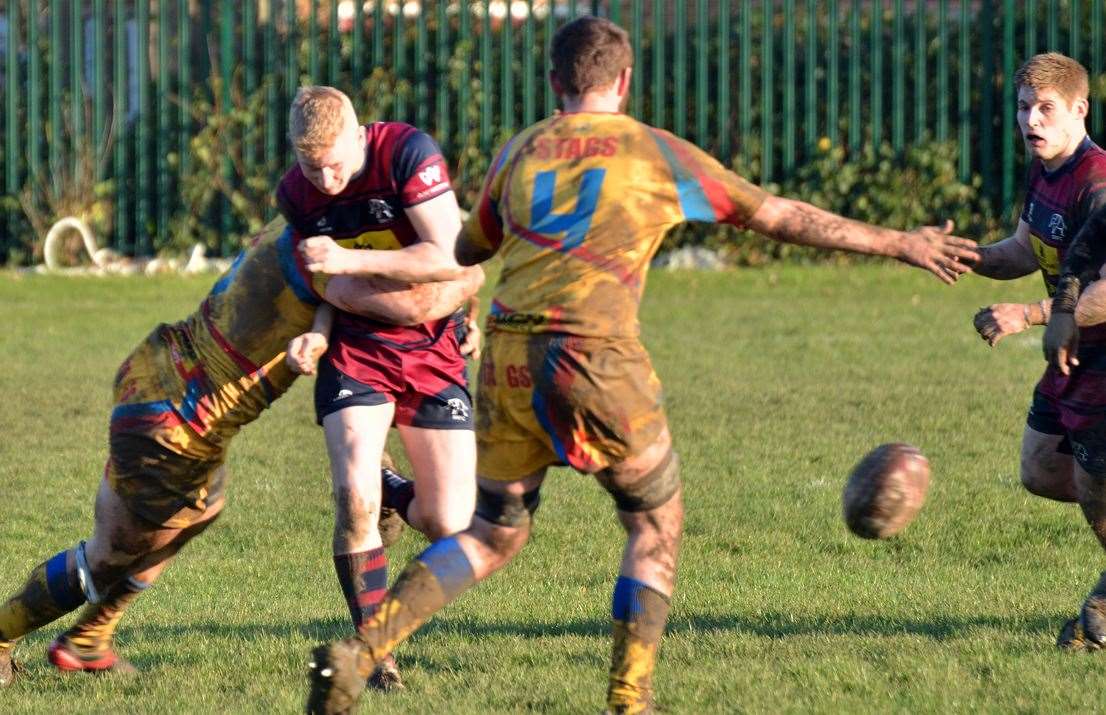 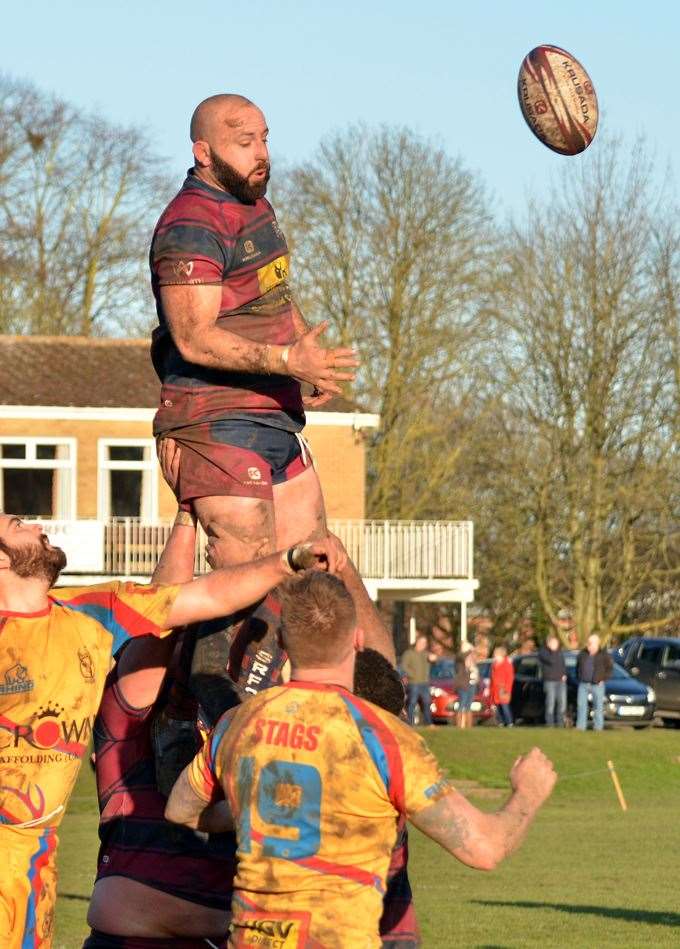 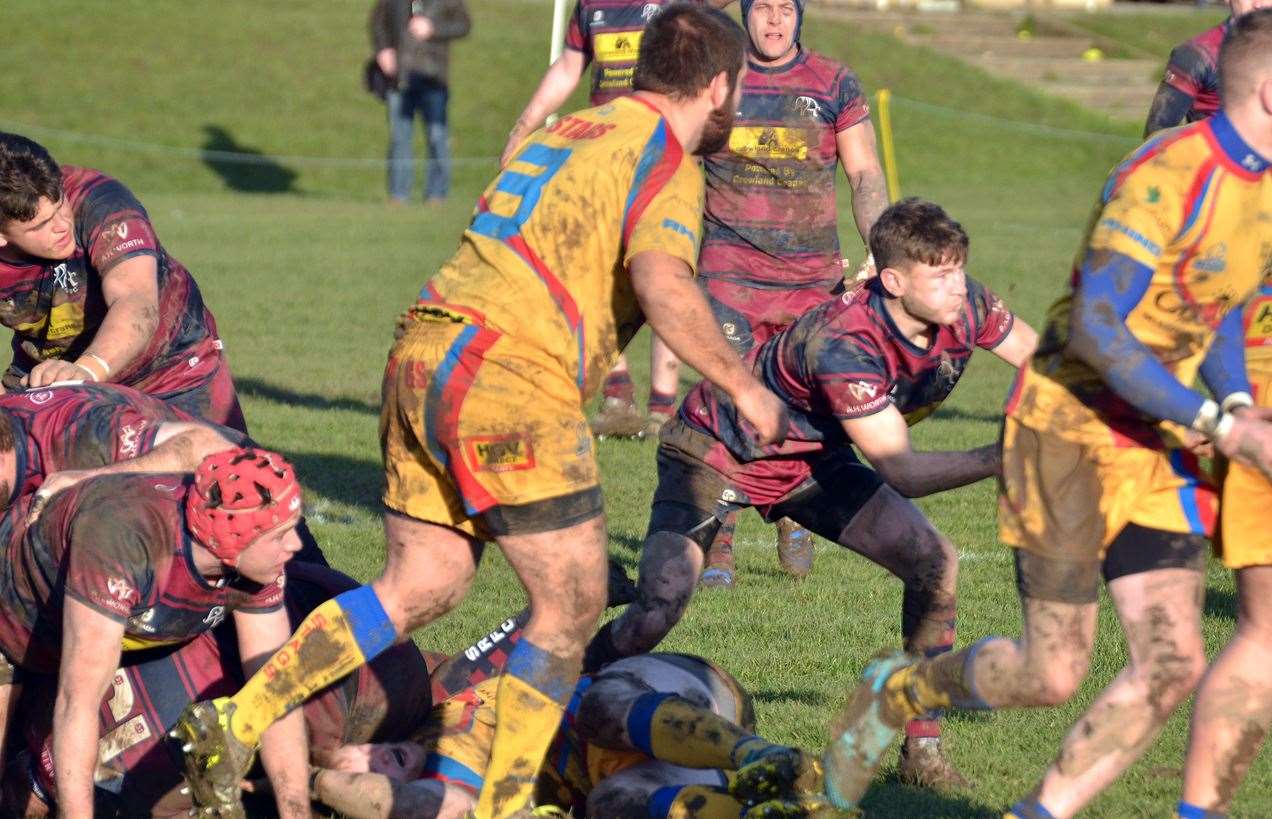 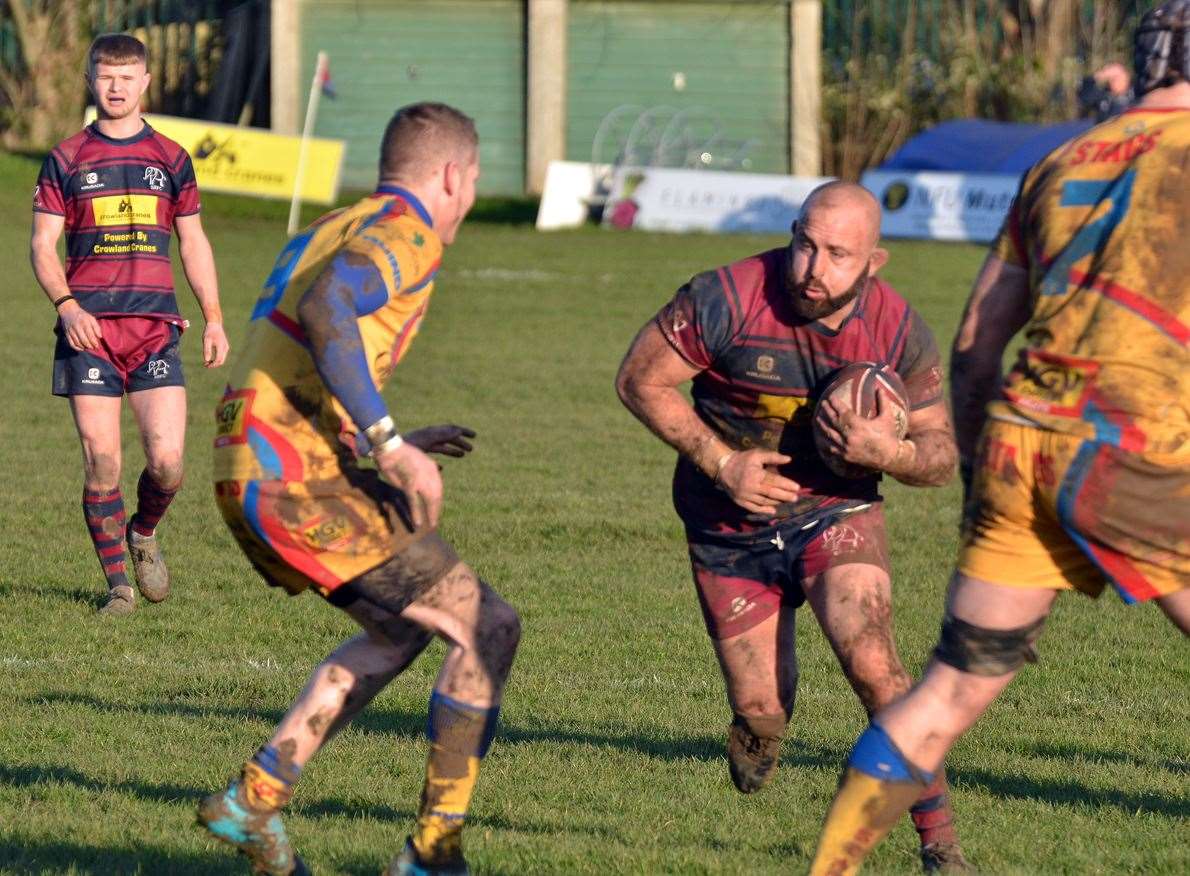 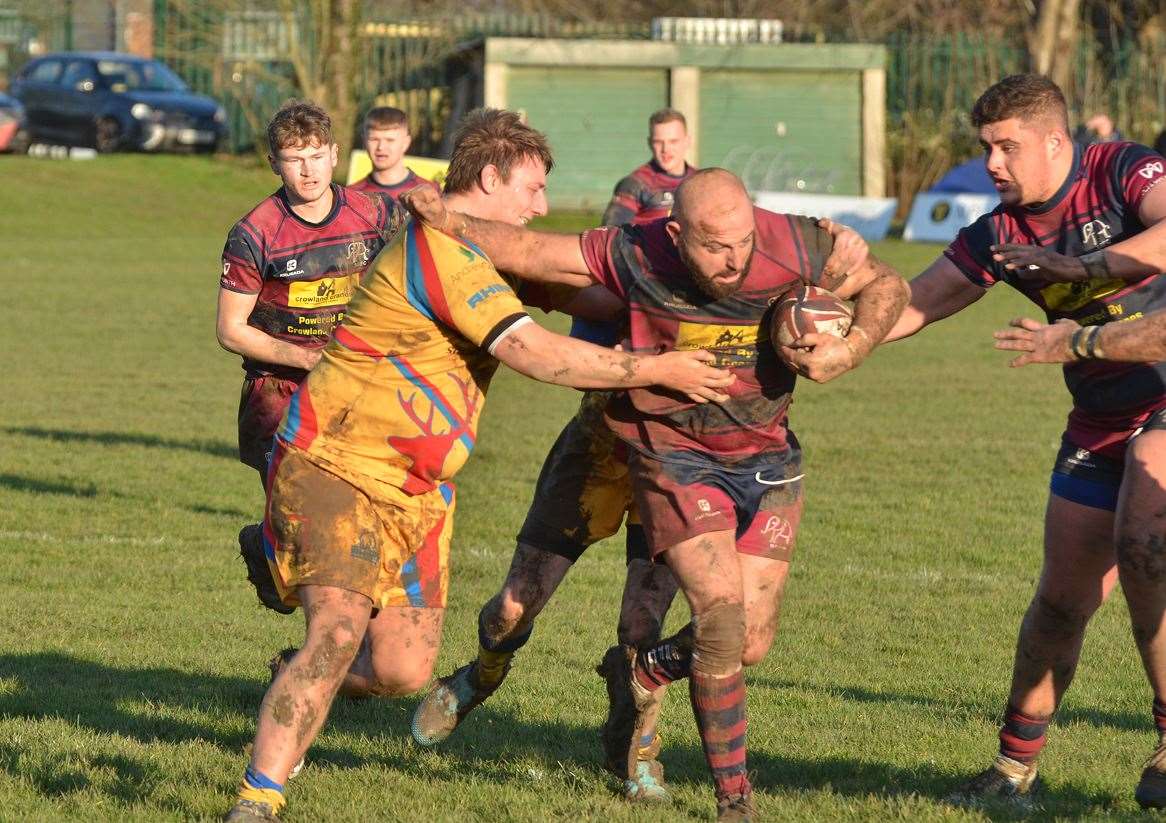