Spalding won their third home league match this year against a Daventry side looking to dominate the game with their strong forwards.

Memorial Field hosted the first ever league meeting between the two teams, with the visitors lying just two places lower in the table.

The Elephants were able to field a settled side, adding Jack Patrick to the starting XV at open side flanker replacing Ryan Chappell.

Meanwhile, Jacob Greaves moved to lock in place of the unavailable Ash Piccaver.

From the kick off Daventry were clearly up for the game and their forwards were soon trying to take charge, while their strong back row crashed the ball up at pace.

But Spalding were well-organised in defence, clearly aiming to tackle low and hard, with Miguel Da Silva and Jacob Greaves prominent. 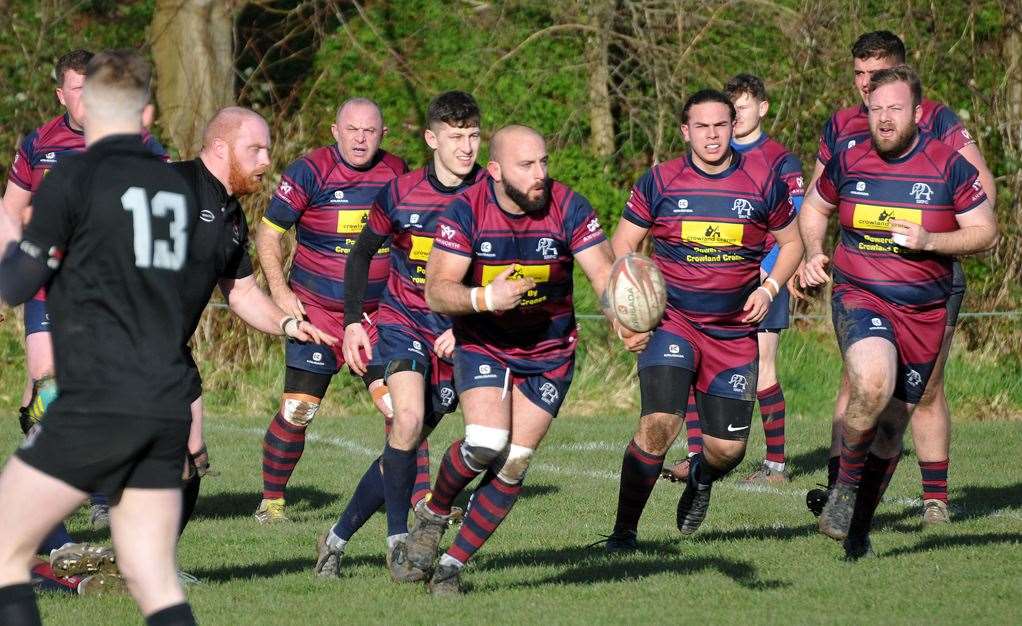 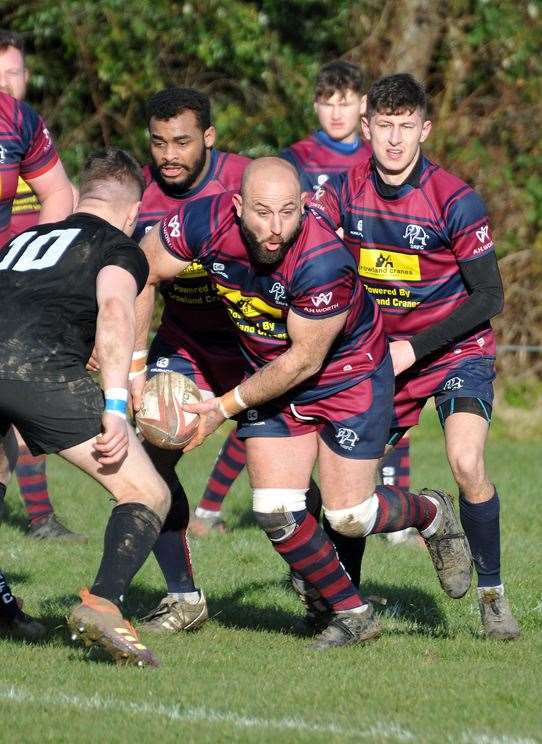 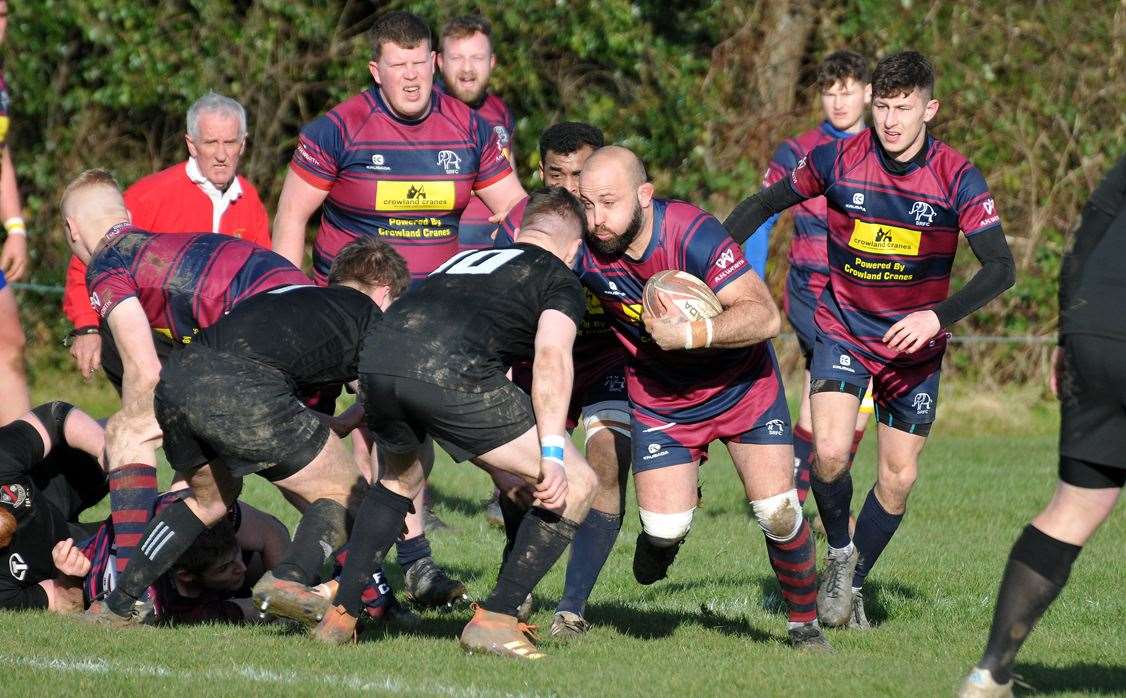 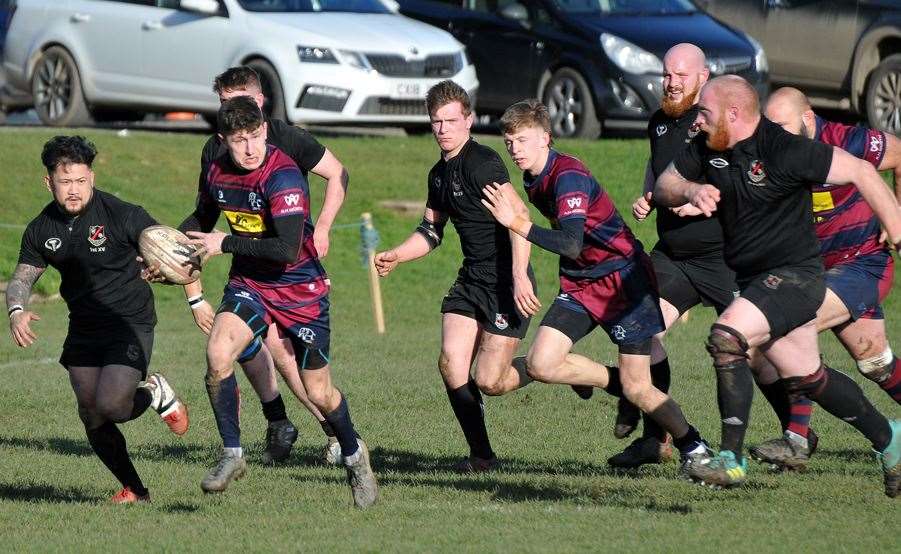 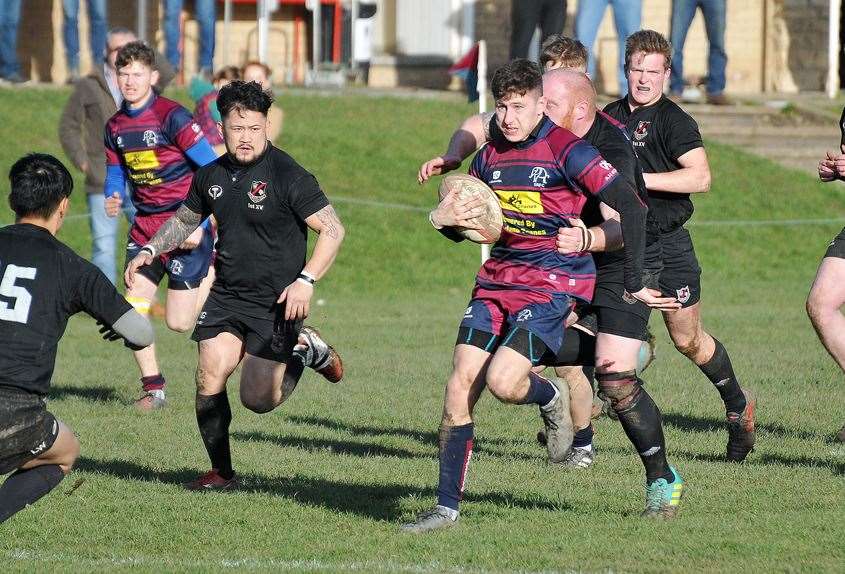 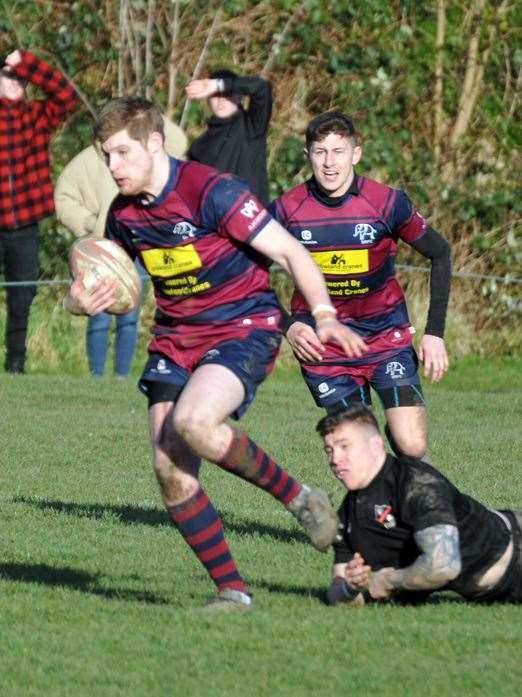 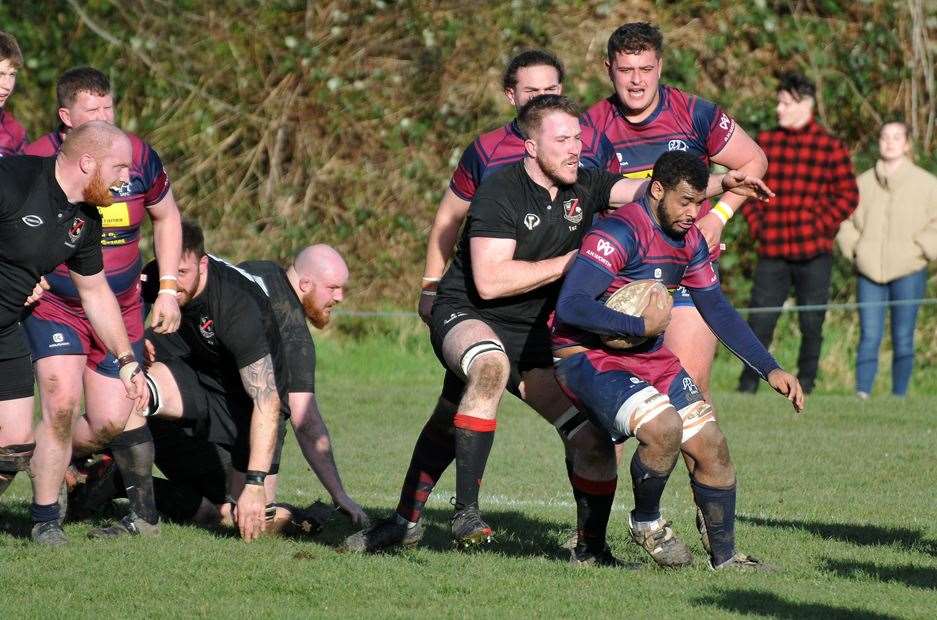 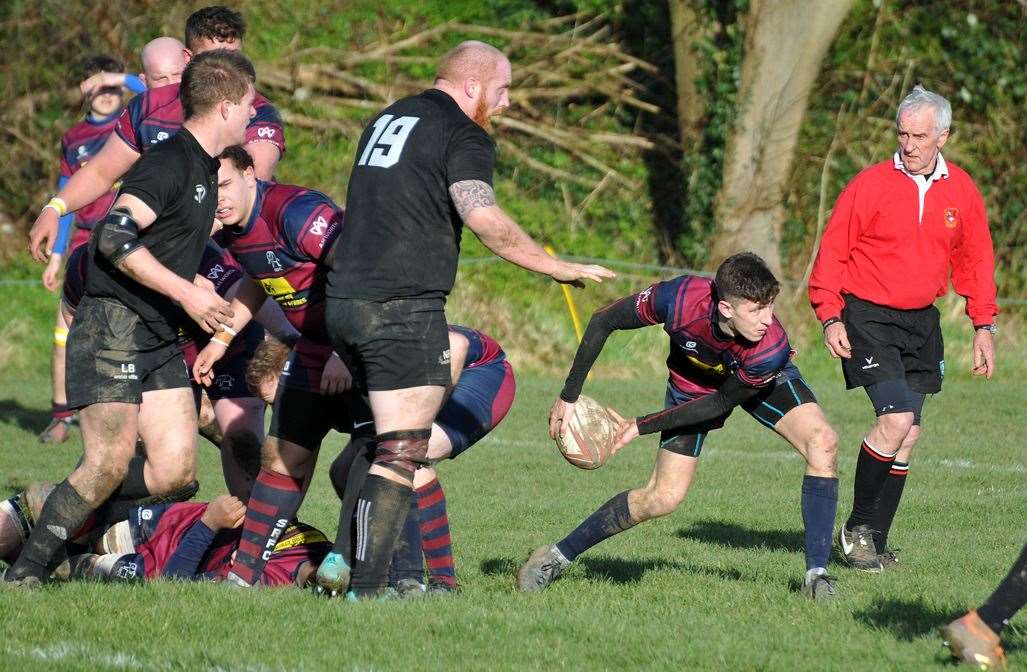 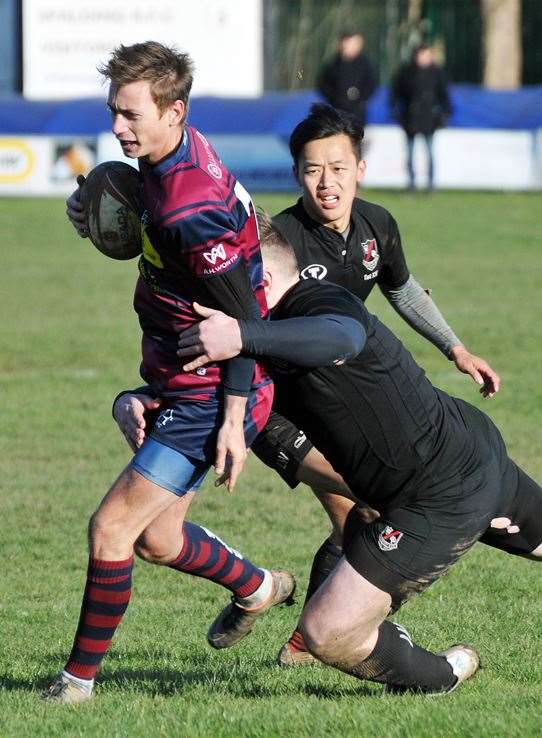 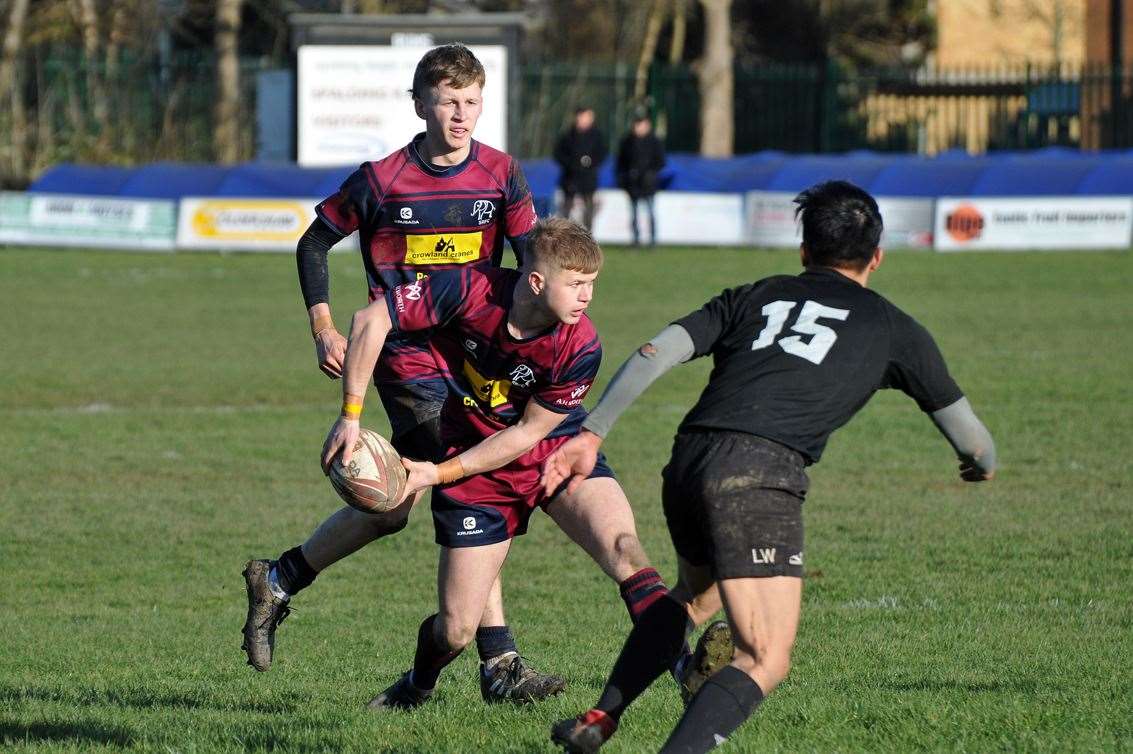 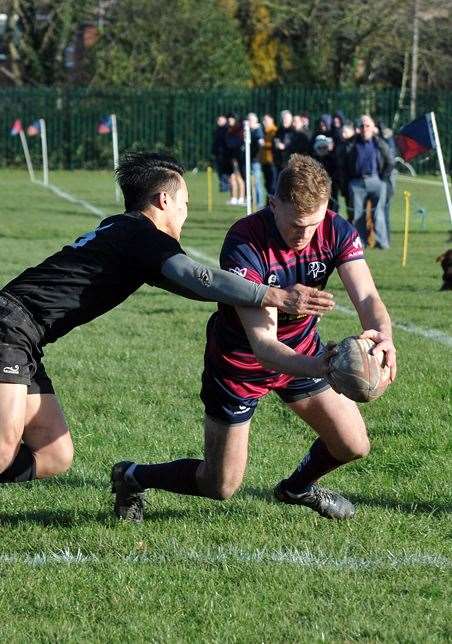 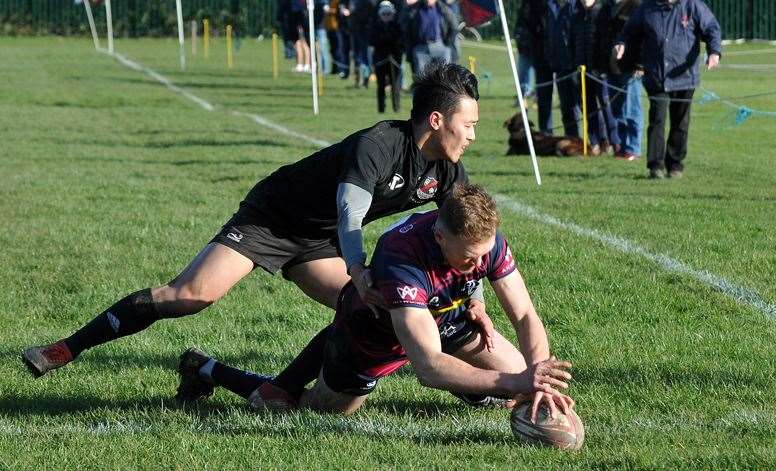 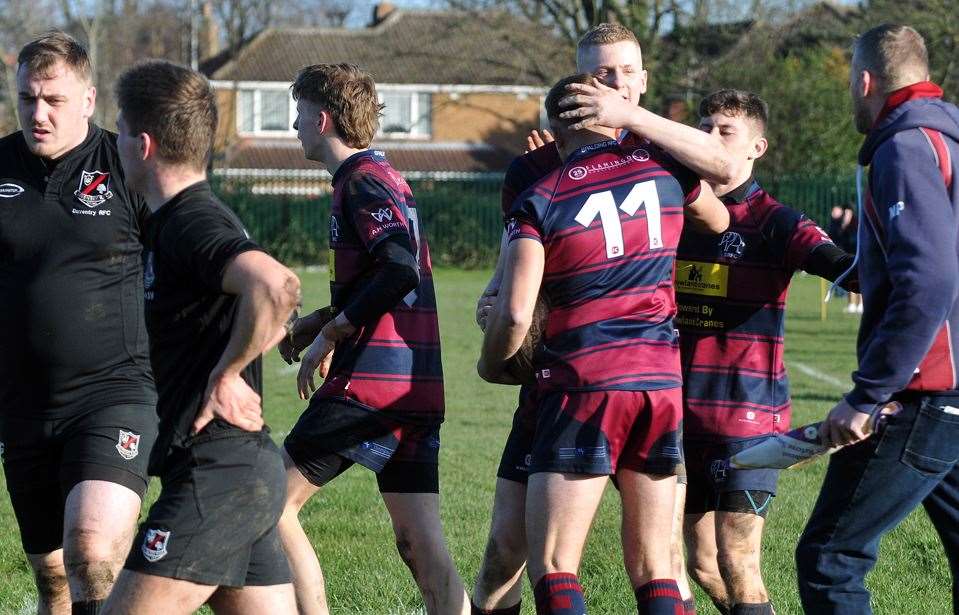 The tables were soon turned as the home team pressed up field where Ash Anker made good yardage along with Luke Turner.

Encamping themselves on Daventry’s five-metre line, Town looked to spread the ball wide until Harry Sharman opened a gap with a dummy pass and went through for the opening try of the game.

Spalding gradually took control of the game with their scrum holding its own and the lineouts working well as Patrick stood at the front, with either Sharman or Anker jumping in the middle.

The next possession won for the home side saw Mason set his backs up and the ball was moved through the hands of centres Dan Adams and Willis Ingleby for winger Matty Holmes to finish off the move with his first try for the club.

Spalding were now playing some excellent rugby as their highly competitive forwards looked to engage the backs when on the front foot.

Sharman scored his second try of the game after showing strength to break through a tackle and a well-taken conversion by Mason into the wind saw Spalding move further ahead.

Less than five minutes later full back Gav Sharman burst into the line at pace and evaded Daventry’s attempted tackles for a converted try to give his side a 24-point lead.

At this point, the game was threatening to become a repeat of the previous week when Spalding scored 13 tries to beat Queens 75-0.

But Daventry responded with a strong run by their right wing who helped claw back a converted try before the break.

There was still time though for Spalding's forwards to drive up field, with John Barrett putting in a good shift.

From a ruck, scrum half Will Shields spotted a gap before he twisted and turned through two tackles to reach the try line.

Another good conversion into the wind by Mason extended Spalding’s lead to 31-7, with no penalties conceded.

After the break, Spalding continued to press Daventry back deep within their half and prop Pete Waudby crashed through their defensive wall for a converted try.

However, with a bit of space to work in, the Daventry forwards gained a foothold in Spalding’s half where their fly half found a hole in Town’s defence to score a converted try.

With 20 left, Spalding brought on Tom Wilson to replace Jacob Greaves and with the game now opening up, fly half Mason spread the ball wide to stretch a tiring Daventry.

When full back Sharman came into the line to create an extra man, left wing Matty Holmes was the beneficiary as he received the ball out wide and used his speed to score near the corner.

Holmes' reward was to be replaced by Lewis Adams and shortly afterwards Ed Williams replaced Da Silva whose determined tackling against the big Daventry’s forwards was a real credit to this up-and-coming player.

With no further scores in the last ten minutes of play, the whistle went and Spalding had completed a very disciplined and professional win over Daventry, scoring seven tries in the process.