Spalding showed no mercy to bottom of the table St Neots after a display of expansive rugby, running in a total of 12 tries at Memorial Field on Saturday.

It was the Elephants' second biggest league win of the season so far, coming three weeks after their 75-0 demolition of Queens, also at home.

The blend within the team of experienced players like hooker John Barrett, voted man of the match on Saturday, player-coach Harry Sharman, Mark Haighton and Ryan Chappell, alongside exciting young players Miguel Da Silva, Jack Patrick, Conall Mason, Matty Holmes, Callum Lewis, Willis Ingleby and Will Cole, are starting to gel in the second half of the season, as illustrated by recent results.

Within the first minute, Patrick showed his speed and trickery to go over in the corner for the opening try, leaving Mason with a near impossible conversion attempt into the wind.

But minutes later, Harry Sharman used his strength to burst through the St Neots' covering defence and score under the posts, providing Mason with a successful conversion opportunity.

Right from the start, Spalding’s scrum proved solid as Barrett, Luke Turner and Da Silva at prop all turned out to be a handful for the opposition. 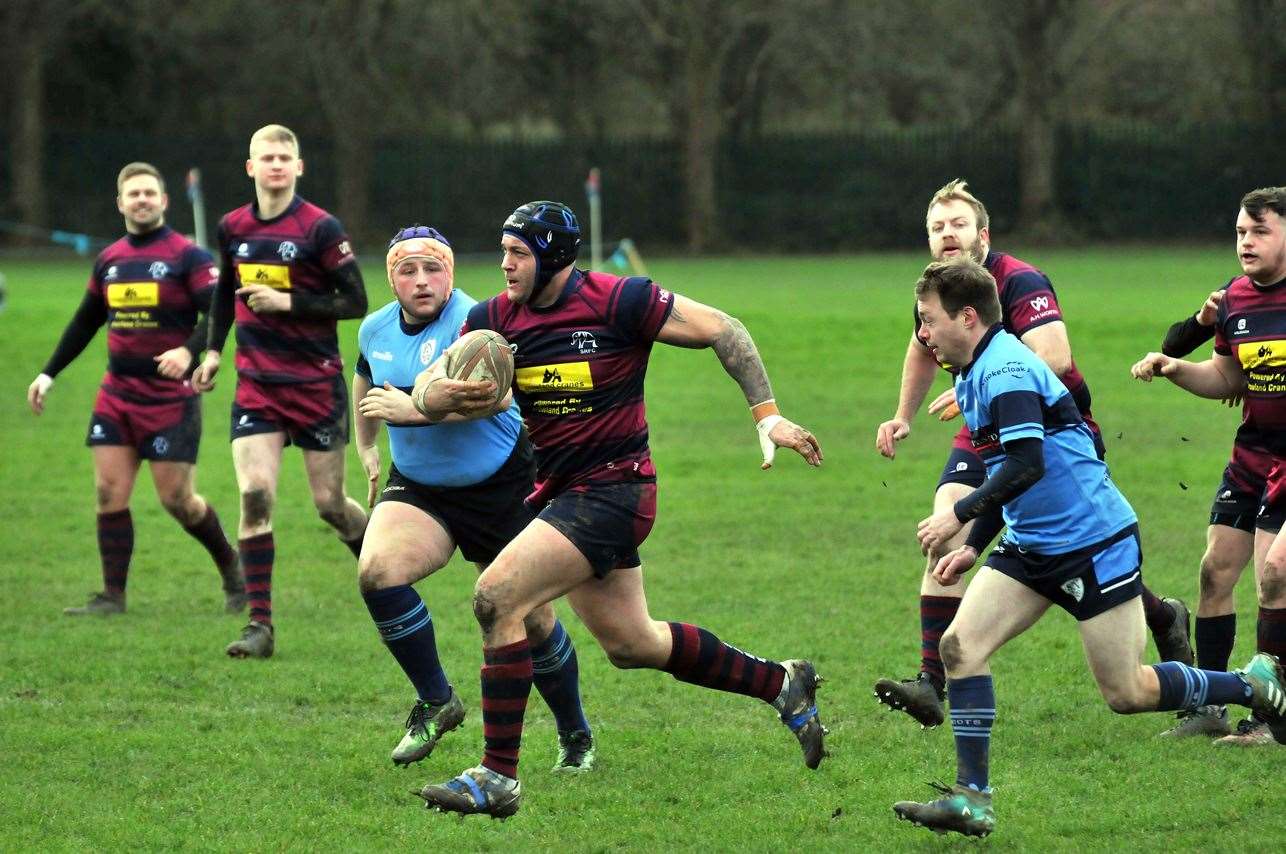 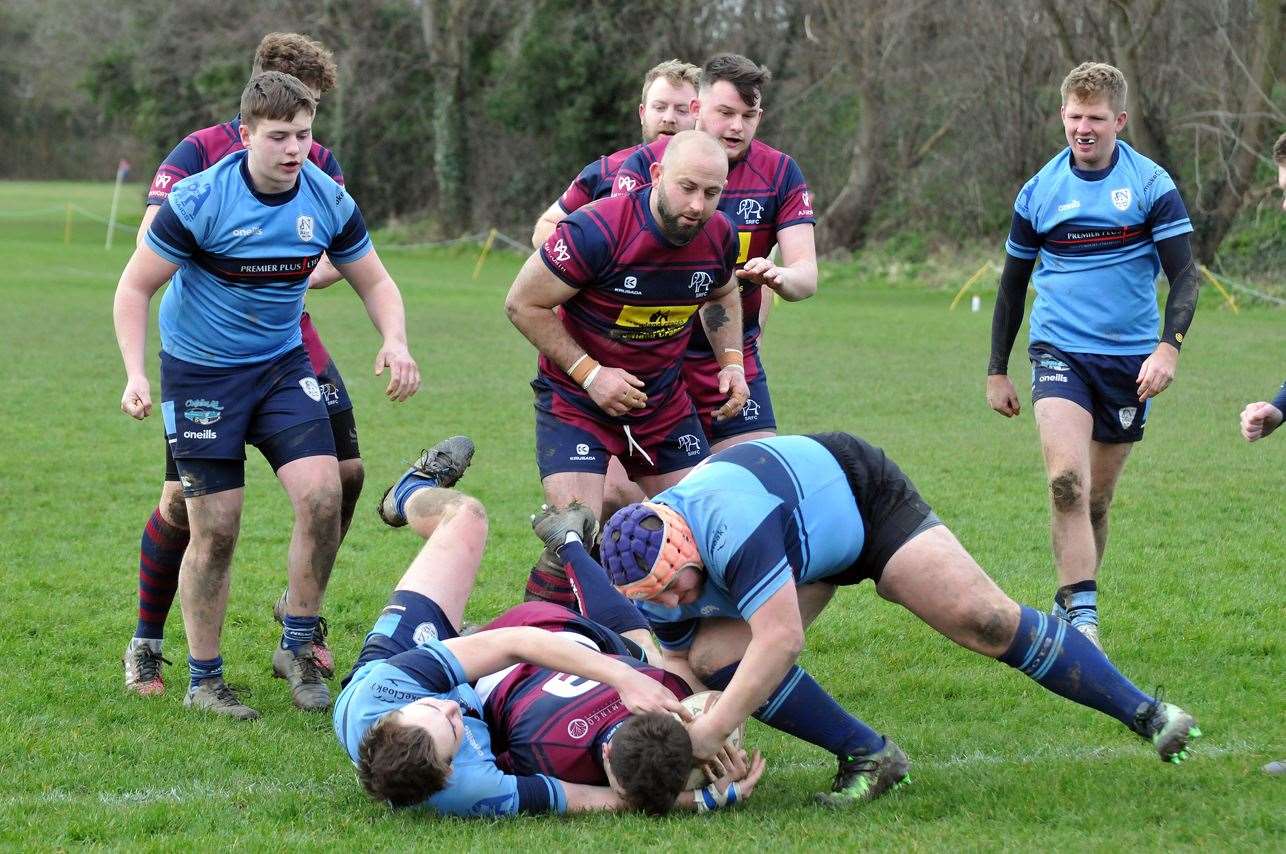 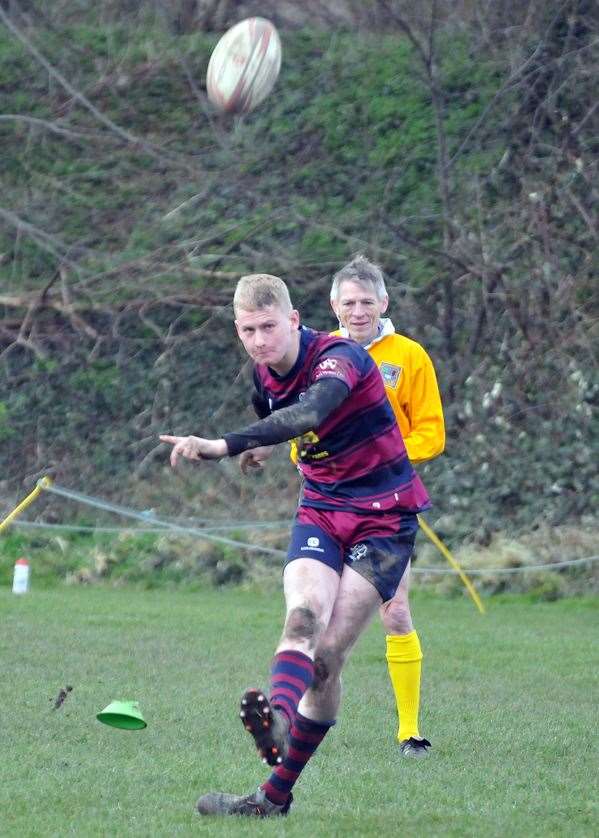 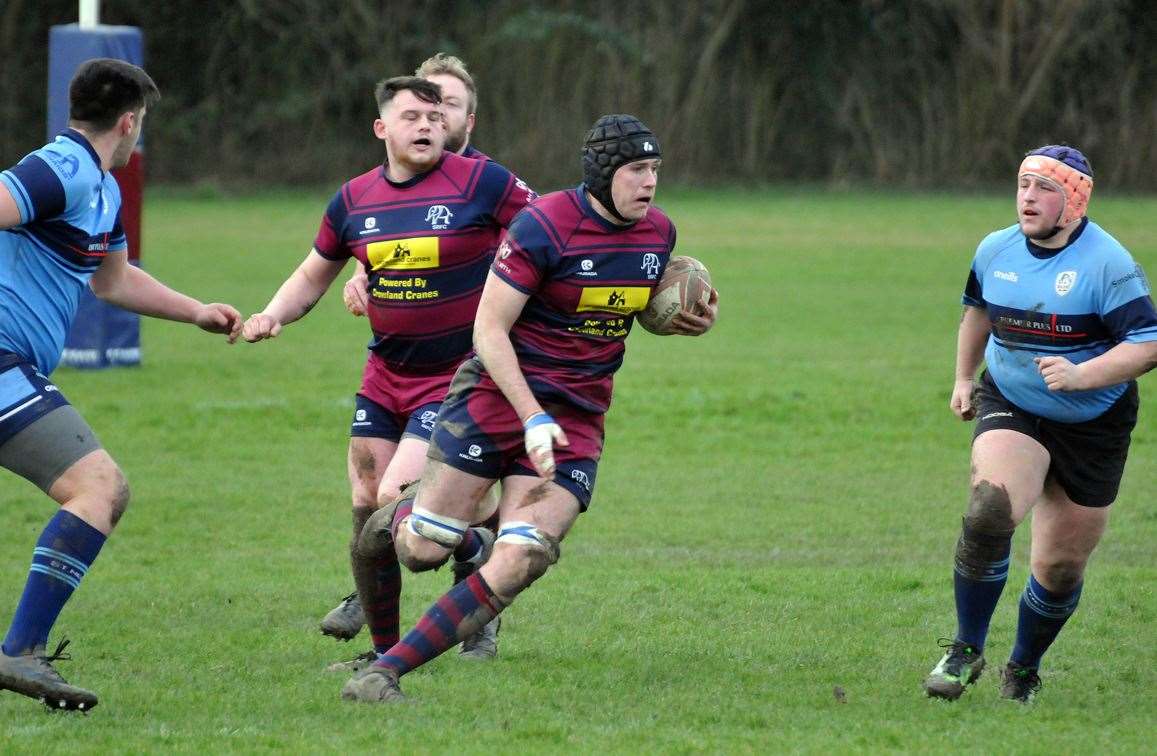 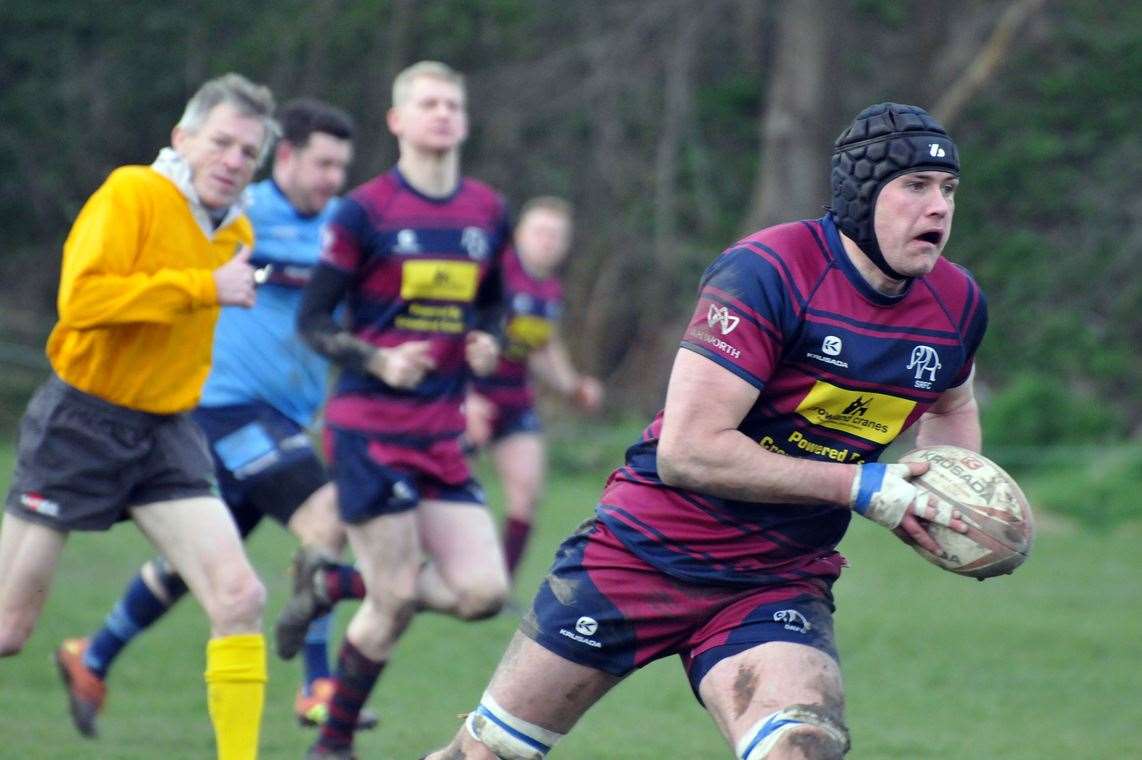 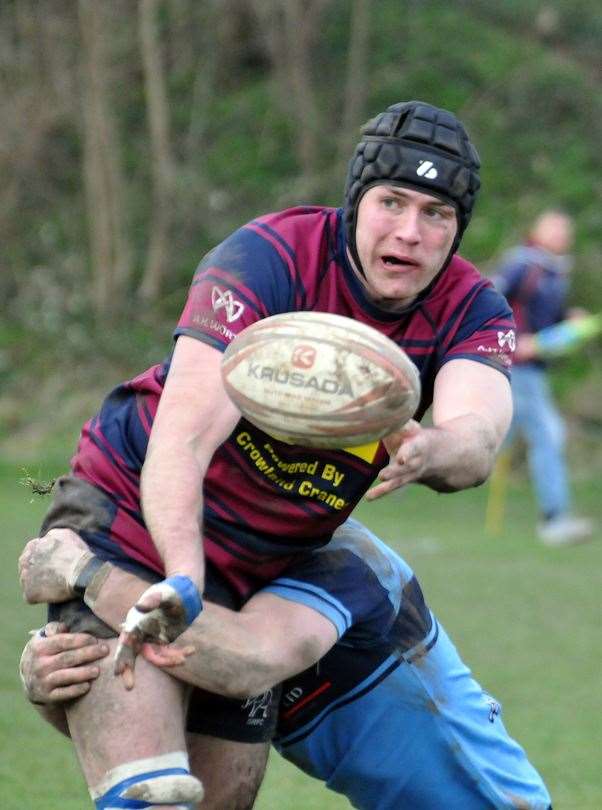 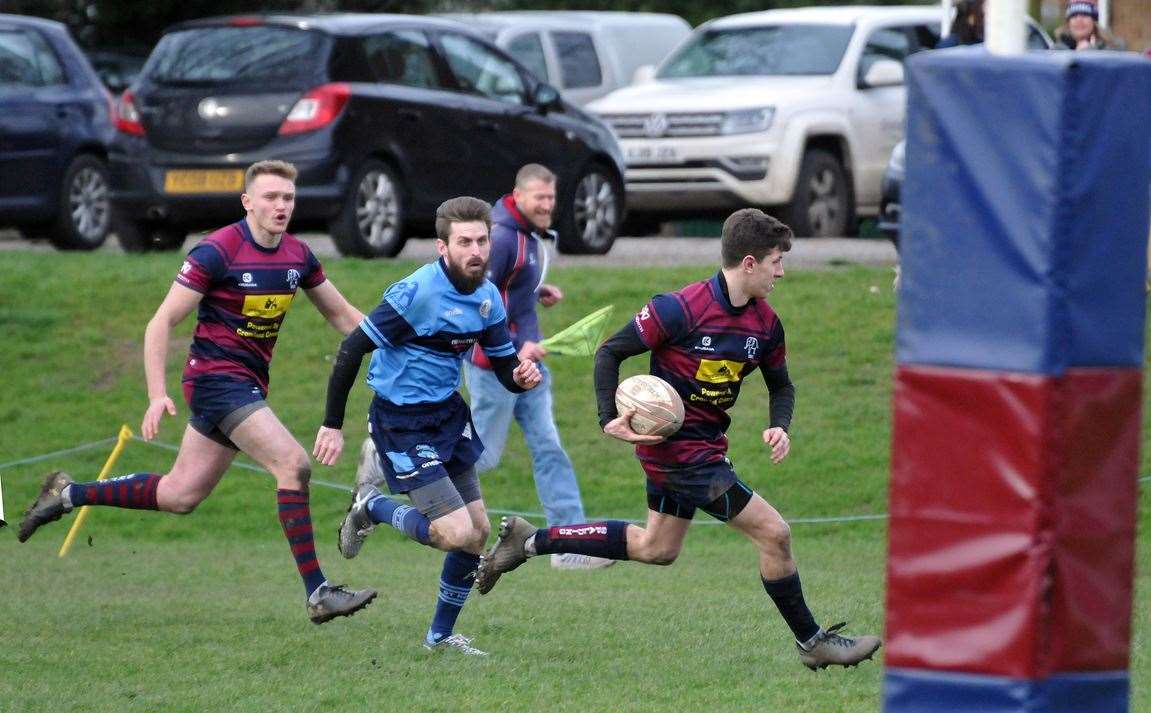 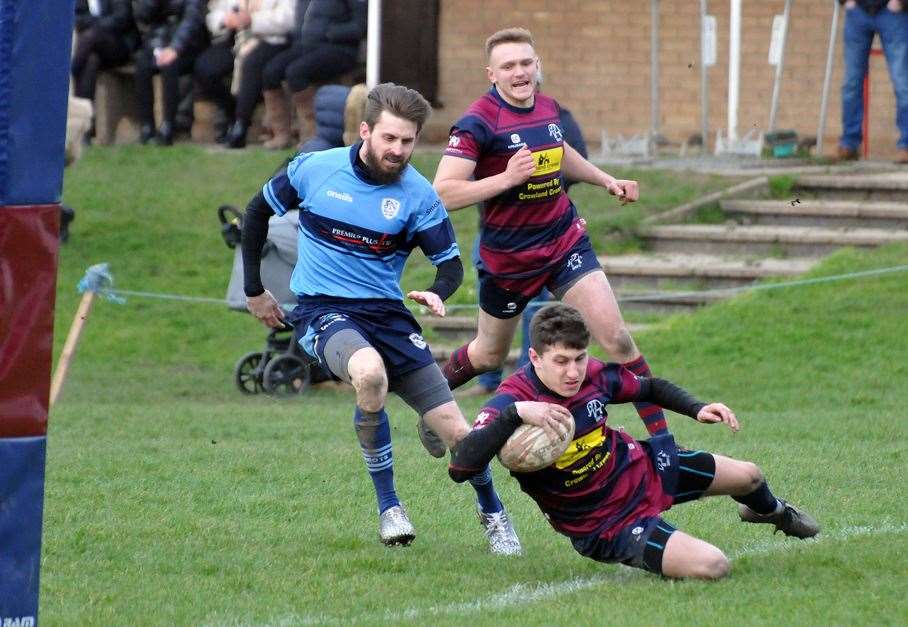 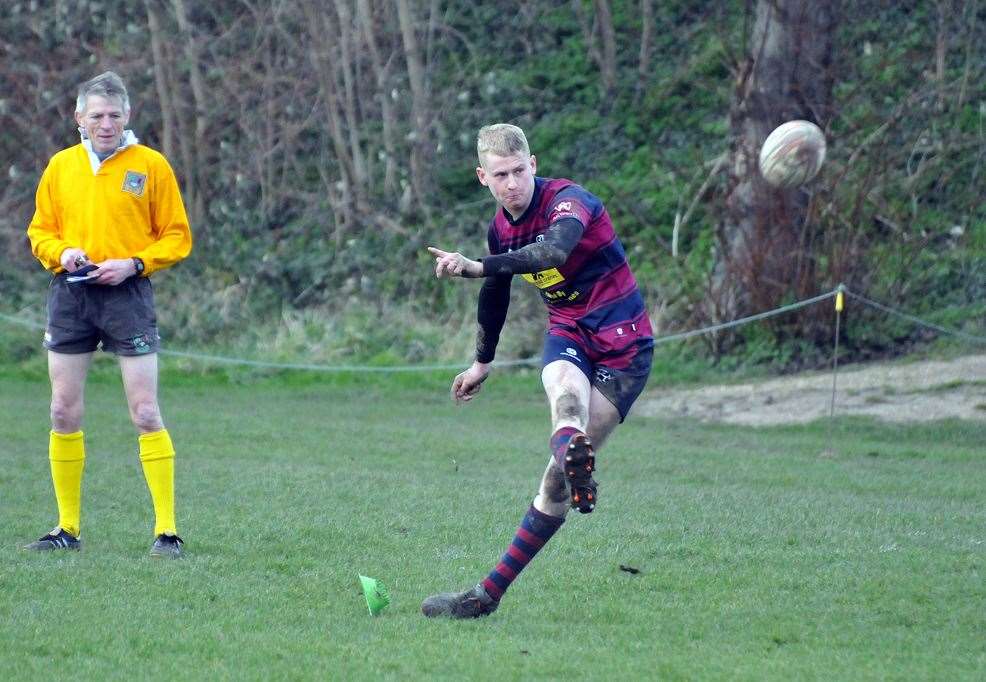 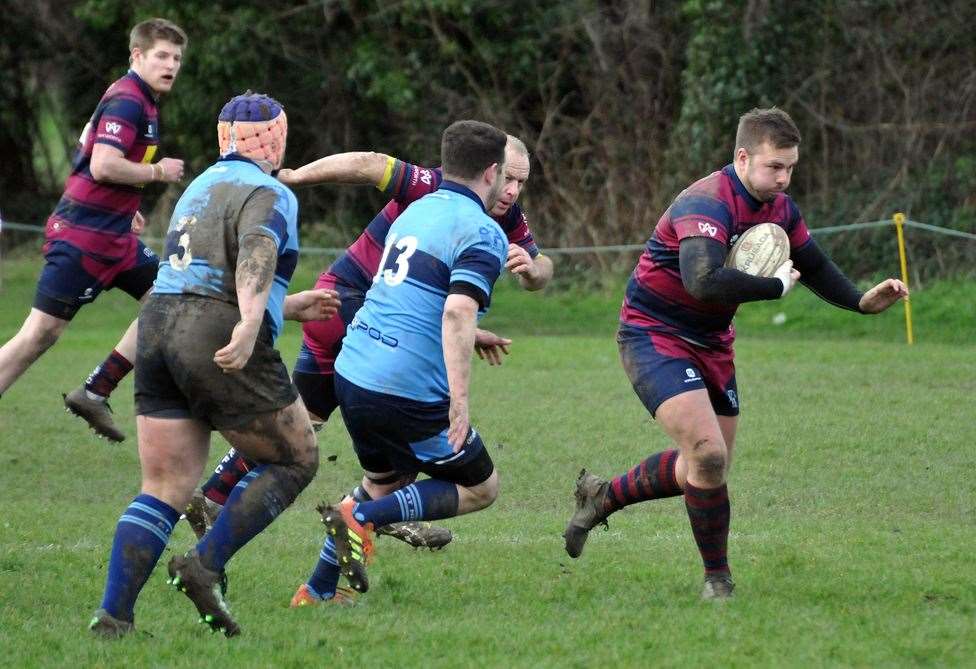 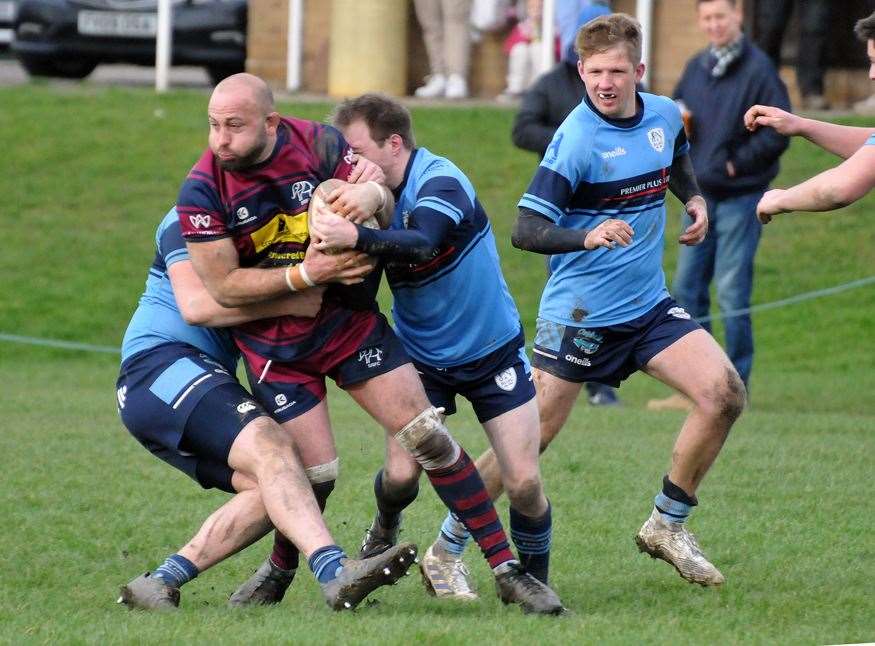 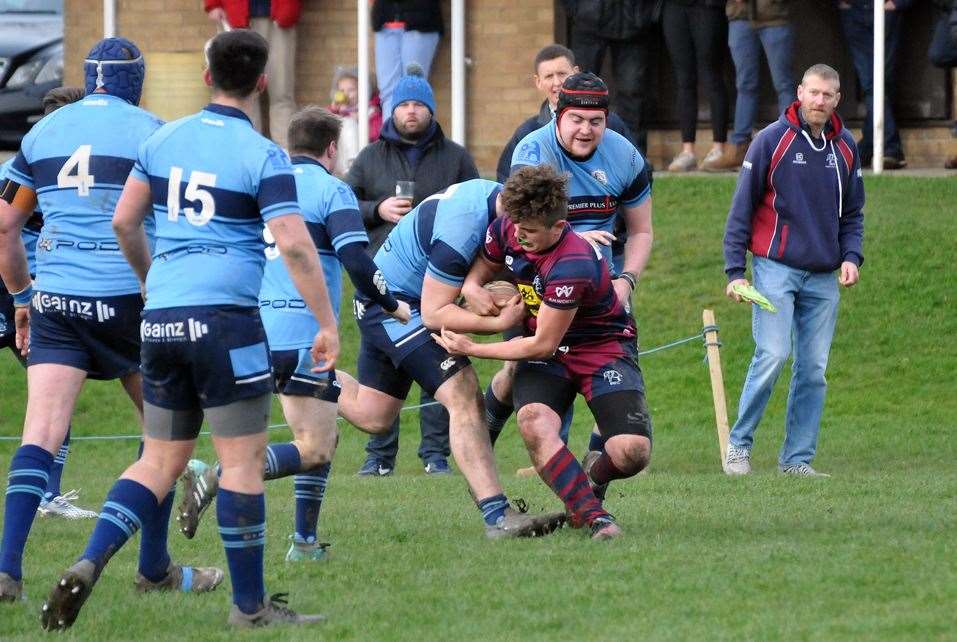 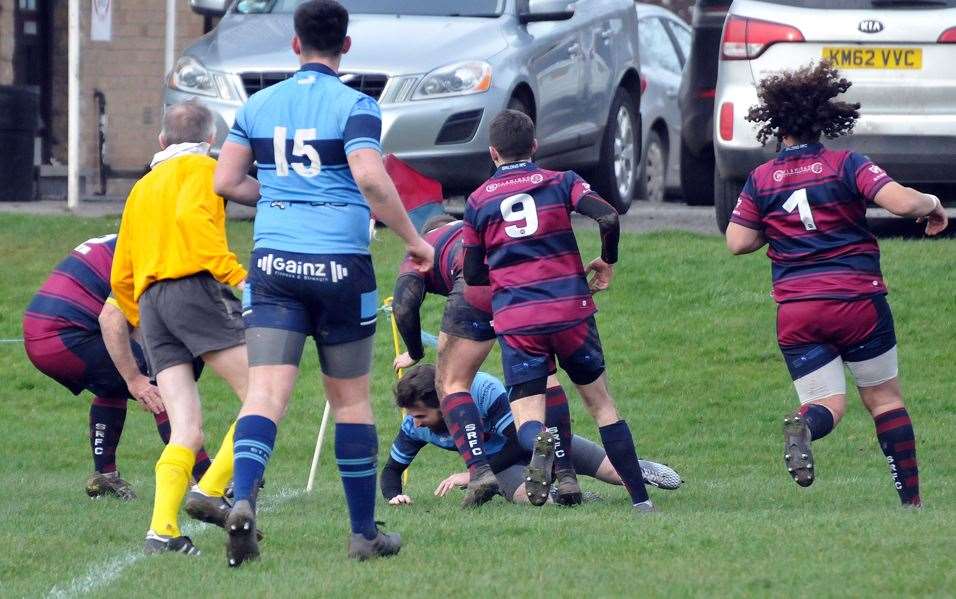 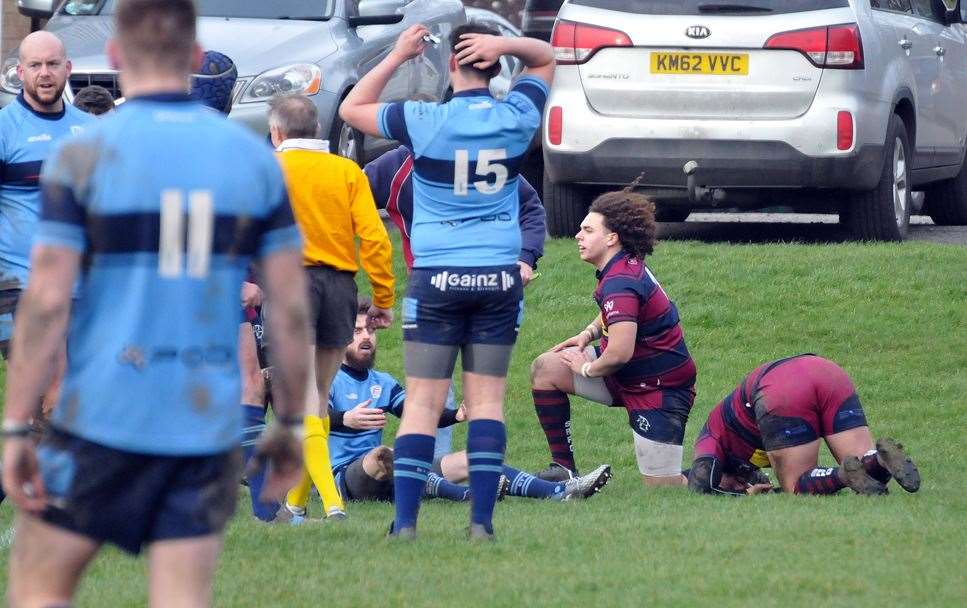 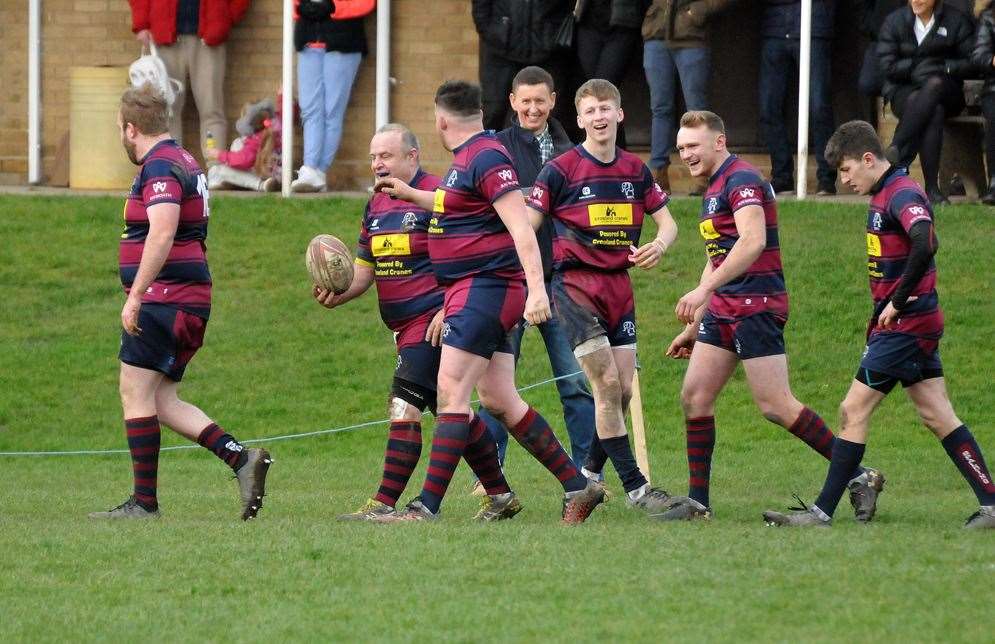 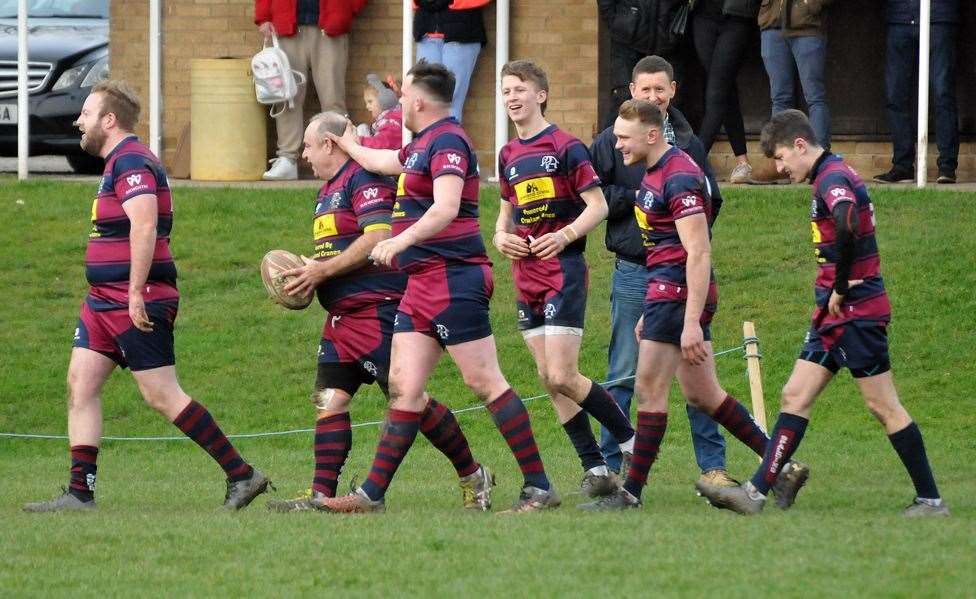 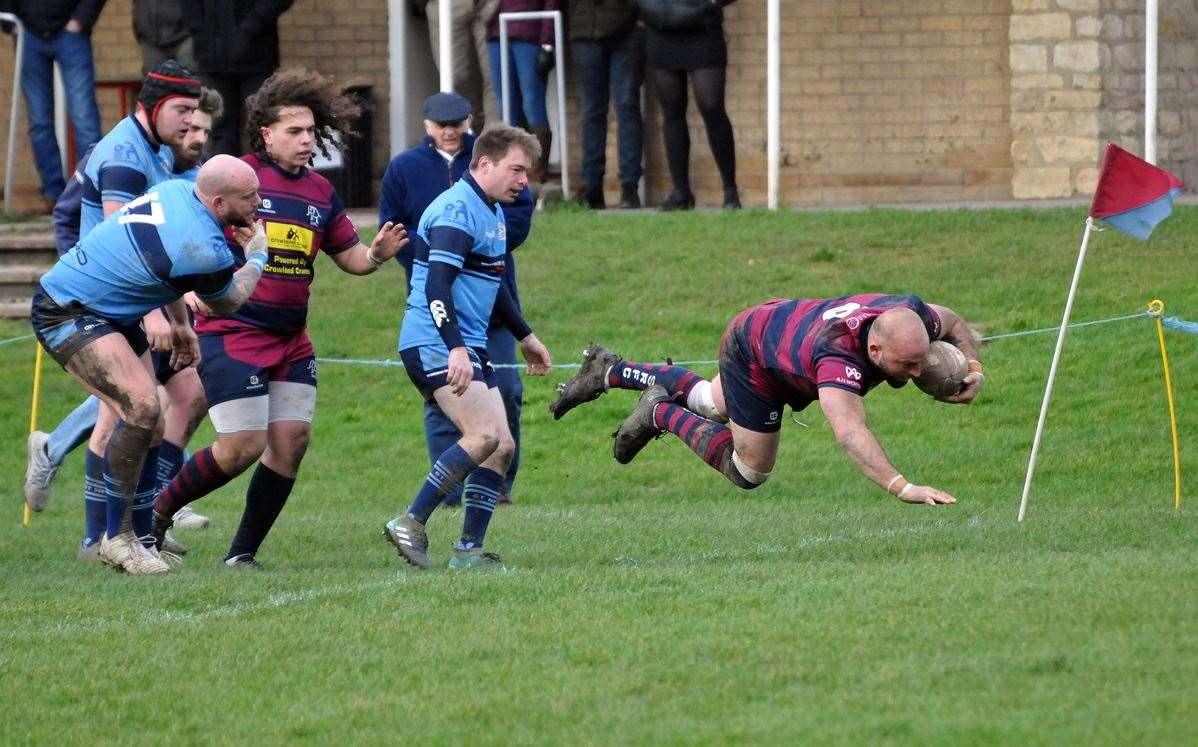 This platform allowed scrum half Will Shields and fly half Mason to have a field day as they were able to spread the ball out wide to the backs and wingers.

Right winger Lewis was the next to go over for a good try in the corner before St Neots' forwards finally made an impression on the game as they carried the ball deep into Spalding’s 22.

This allowed their outside centre to break through two tackles to score by the posts for a unconverted try, the only time in the entire match when the visitors really threatened.

With 25 minutes of play on the clock, Sharman again burst through from a ruck to score under the posts.

Then minutes later, captain Dan Adams showed his pace at inside centre to score an unconverted try.

With a try bonus point already secured, Spalding's bench was called upon as Macaulay Crane replaced Haighton and Jacob Greaves came on for Da Silva.

Then just before half-time, Ryan Chappell proved too hot to handle for St Neots as he went over for a converted try.

Adams continued to use his bench, with Will Cole replacing Lewis for the second half.

But Spalding's scoring momentum continued as Shields used his quick thinking from the back of a ruck to burst through and score.

Moments later Shields again outwitted the St Neots' defence to cross over for his second converted try of the day.

This was the cue for Adams to make changes again as Da Silva was recalled from the substitutes' bench to come on for Turner.

However, it was star man Barrett who was next to join in with the try scoring feast as, having already beaten four St Neots' men with a scintillating run, he squeezed over in the corner.

Shortly afterwards, Sharman claimed his hat-trick of tries before ex-1st XVs captain Ryan Chappell was replaced by the returning Haighton, while Holmes made way for Lewis.

It wasn't long before Lewis was outpacing St Neots' flagging defence to collect his second try.

Adams then recalled Turner from the bench, replacing Crane, at the same time as Holmes came on for George Brown.

Fittingly, it was Adams who rounded off the afternoon with his second and Spalding's final try of the game.

To St Neots' credit, they never gave up and the XV played with the right spirit.

But, on the day, Spalding completely outplayed their opponents with a classy display in windy conditions.

Over the next few weeks, life will get tougher for the Elephants as they face teams from the top half of the league, at same time as continuing their runs in the NLD Shield and Midlands Senior Vase.

After the game, joint coach Ali Price said: "We still need to perfect our drills in training, ready for the weeks ahead."