The Elephants followed up their 24-20 win at the Luton-based club last November when a 15-phase, last play try snatched a dramatic victory.

It was a third win on a run that saw Spalding go four games unbeaten between November 9 and December 14 when they lost away at south Lincolnshire rivals Bourne.

The home side were again looking for their fourth straight win, along with their seventh success in a row at home, helped by having a settled side and one full of confidence.

As expected against opponents looking to avenge their November 2019 defeat, the early exchanges were tight as both teams were quick to close down space.

Spalding looked to their forwards to cross the gain line with their carries, while scrum half Will Shields was charged with setting up the next phase. 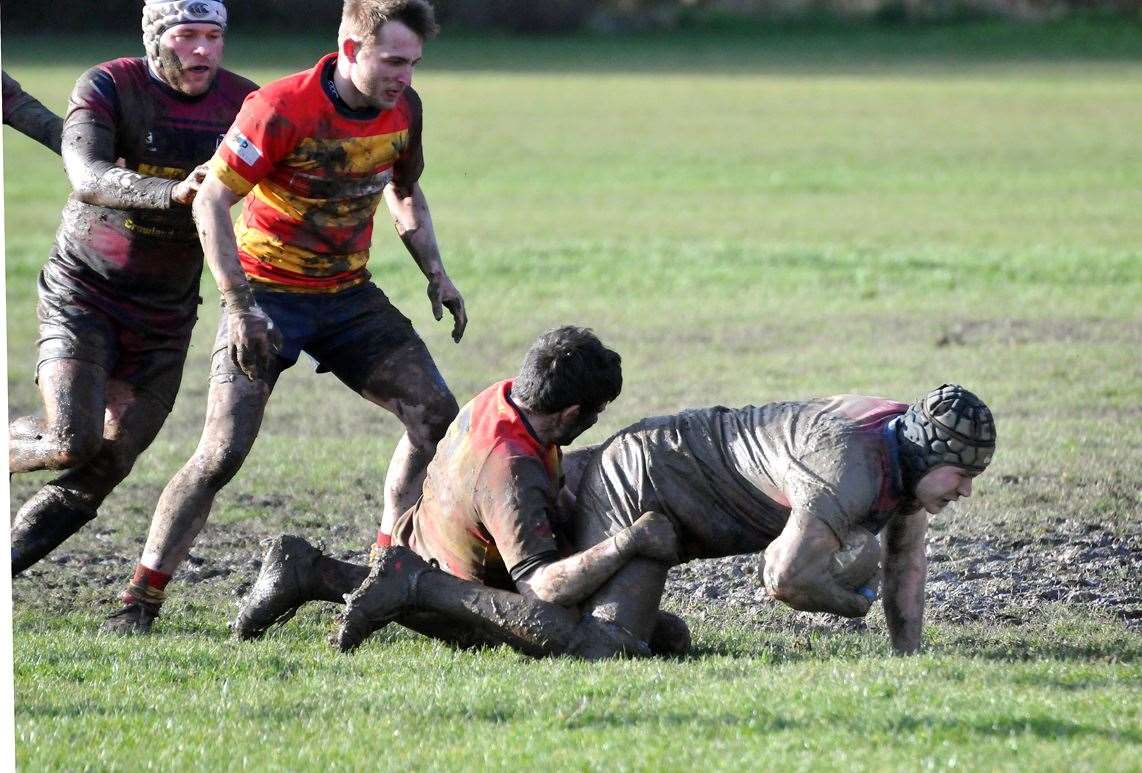 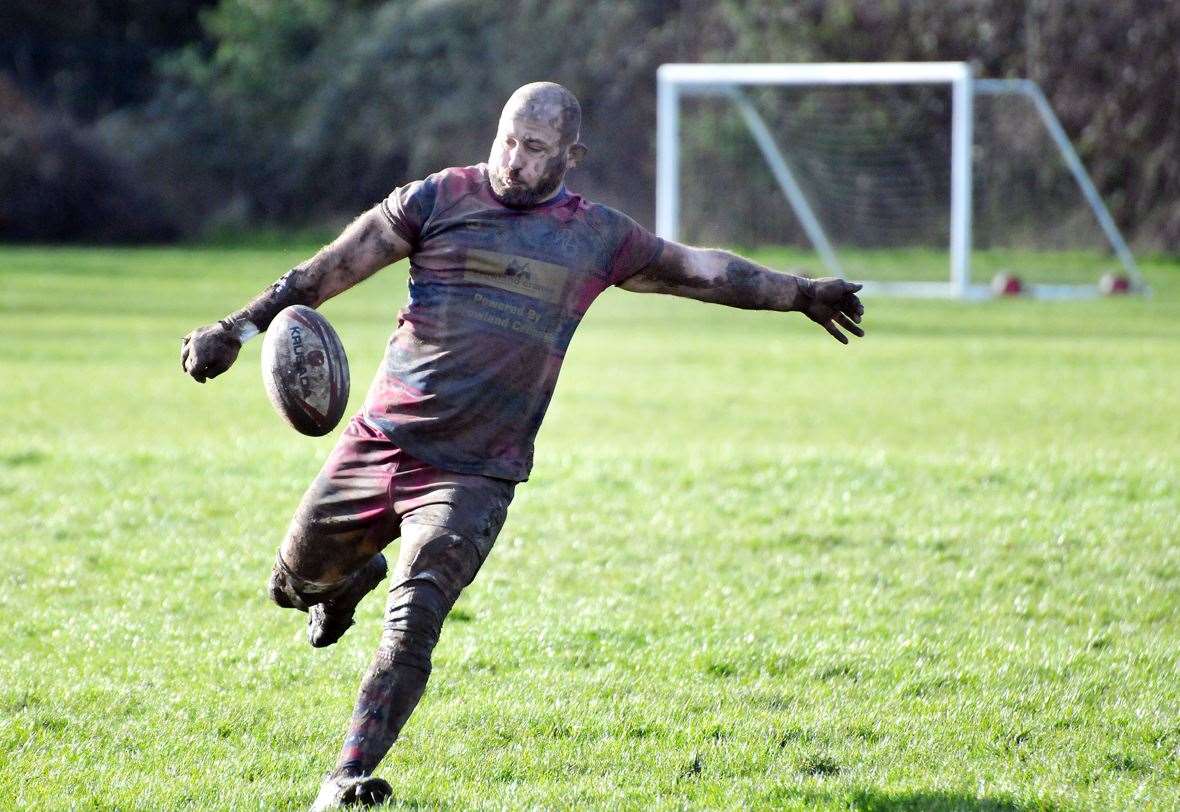 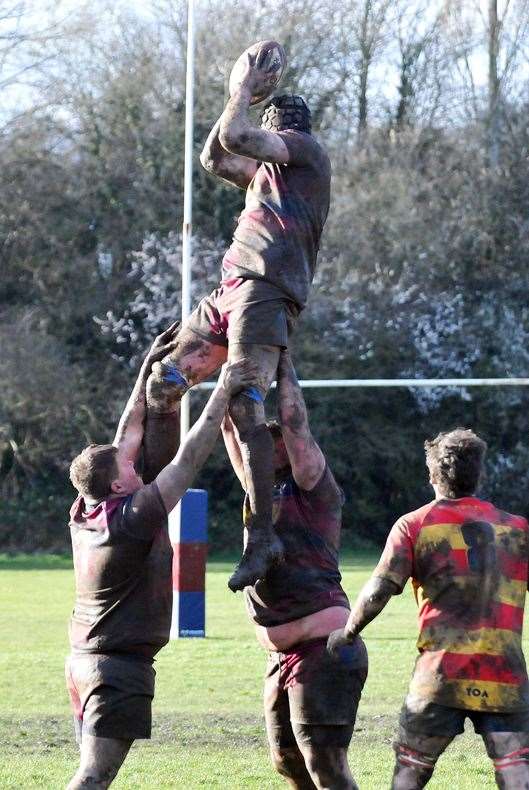 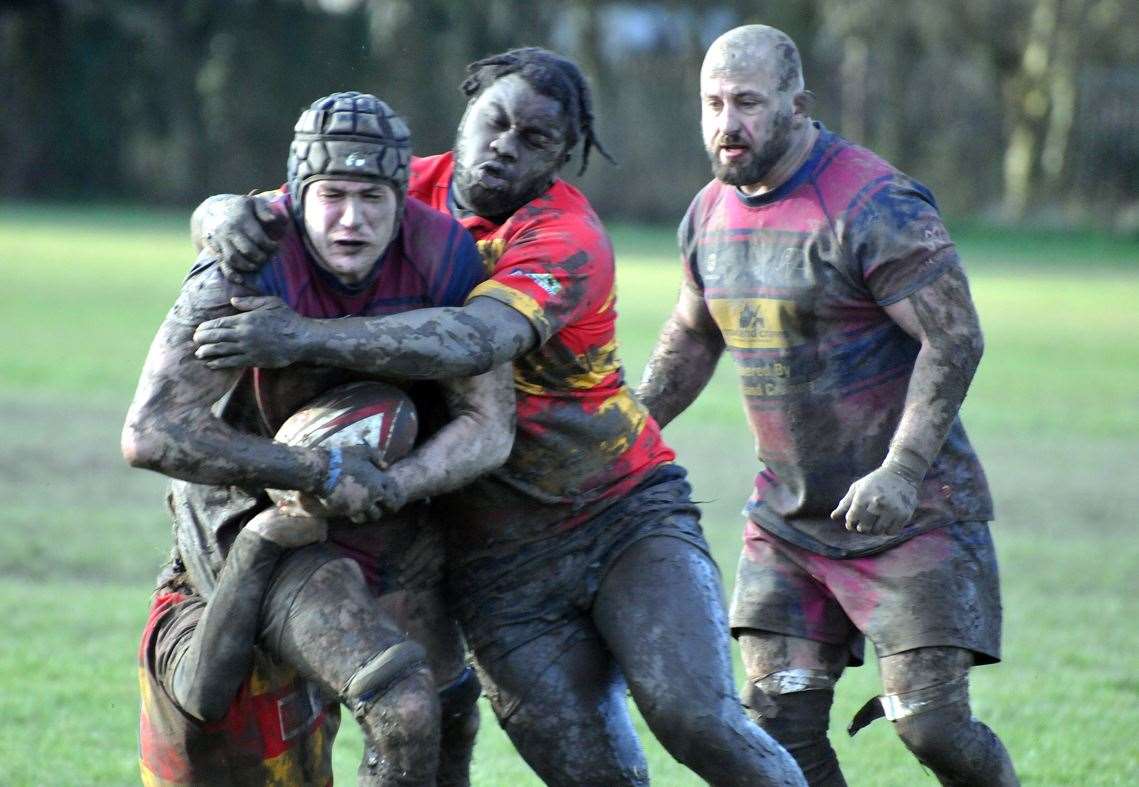 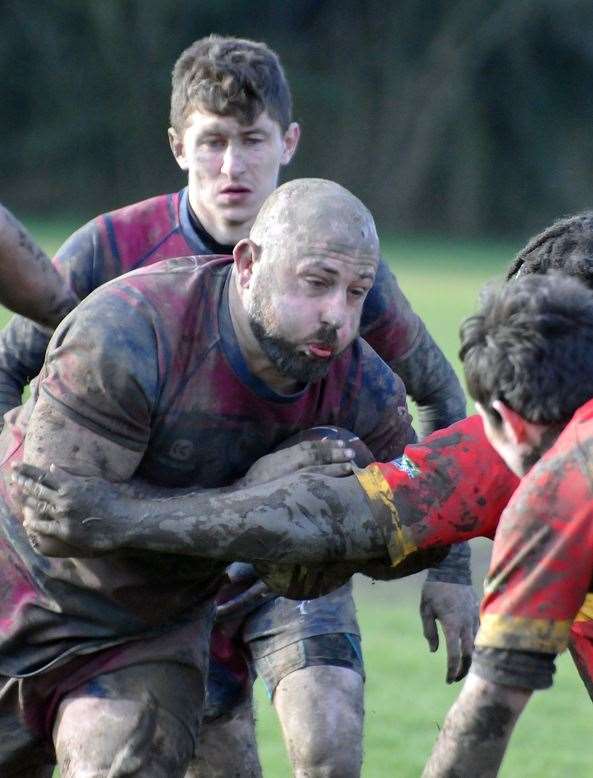 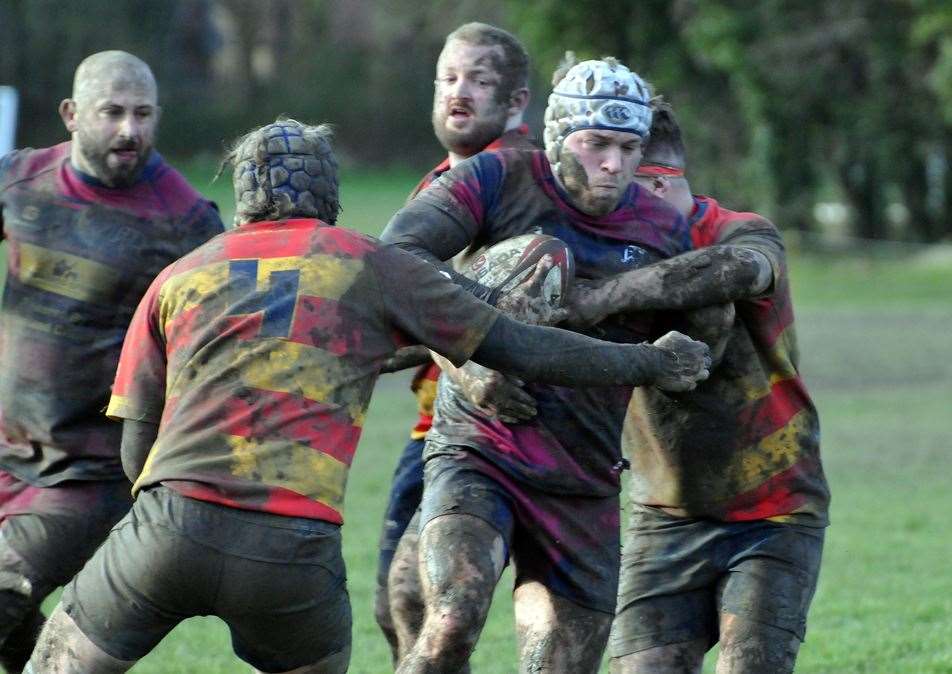 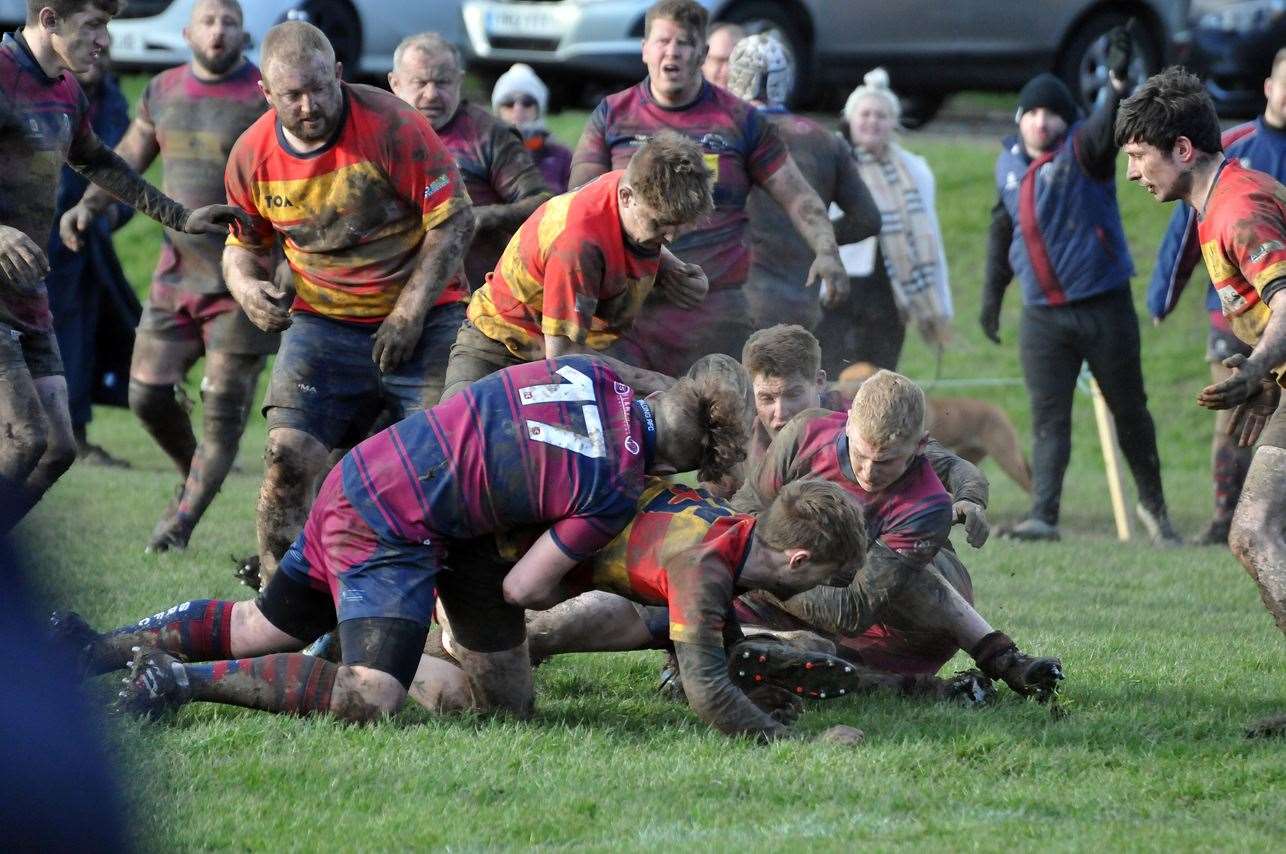 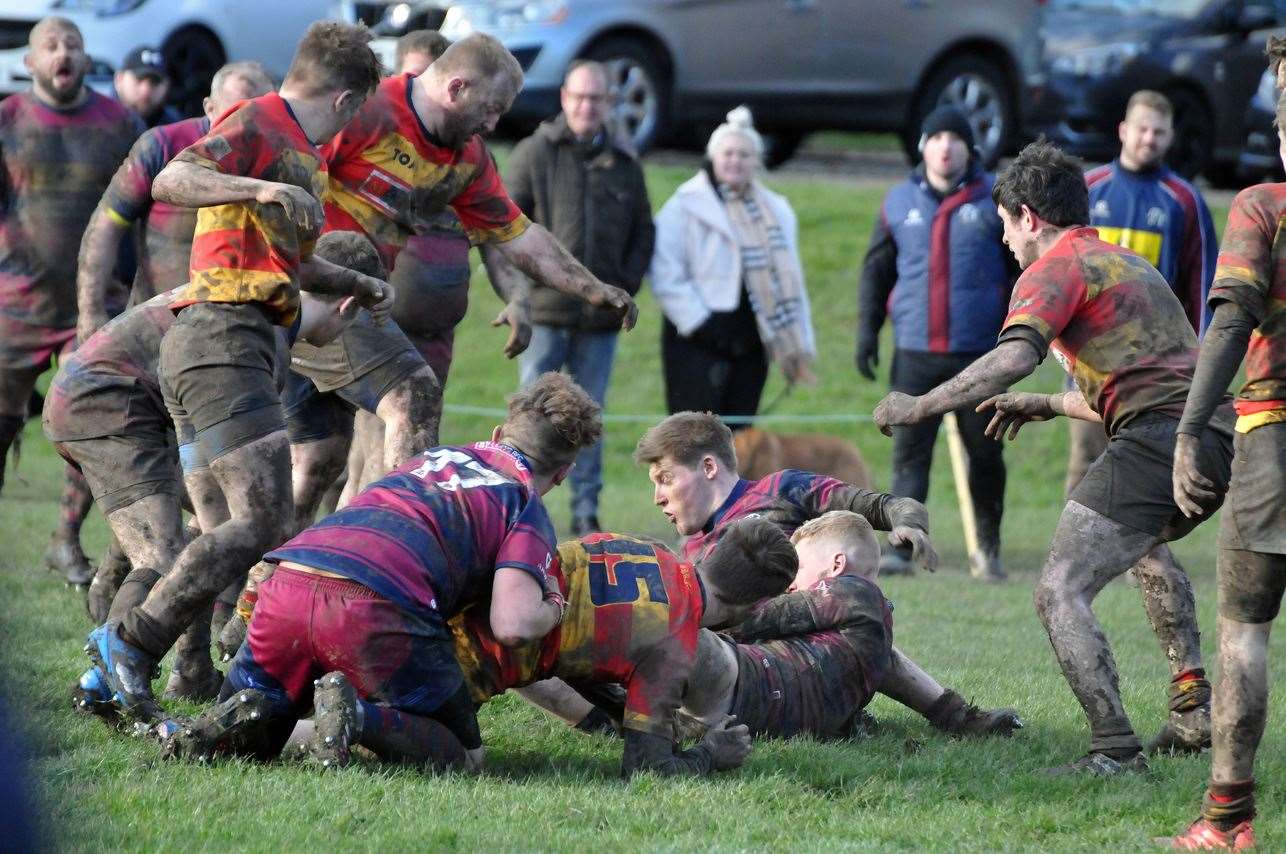 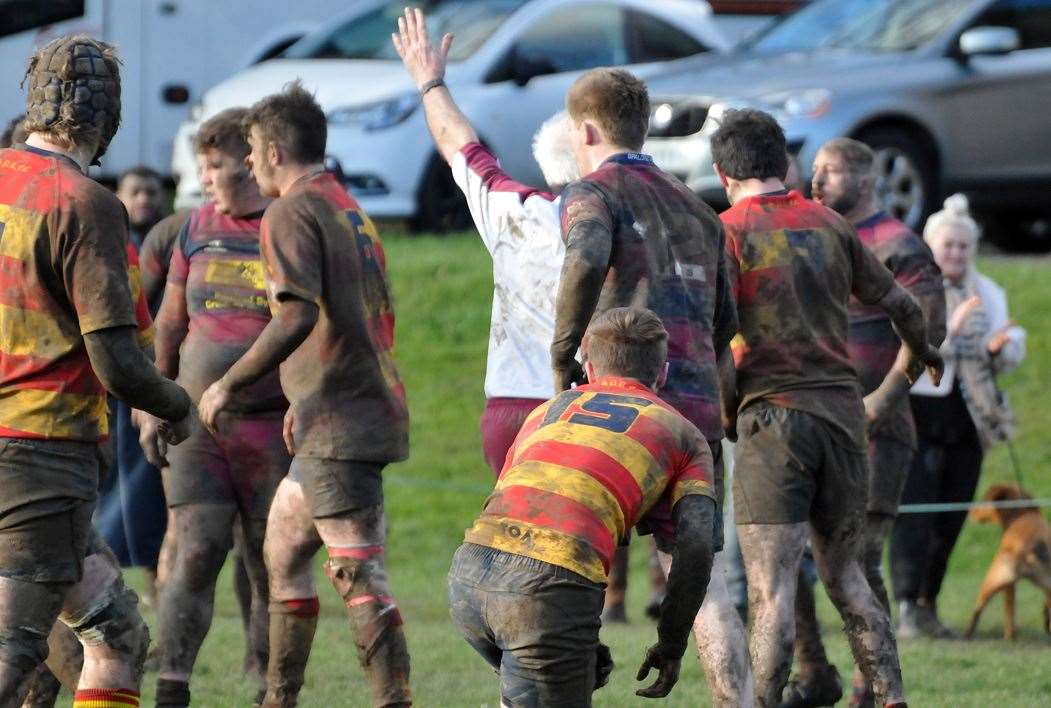 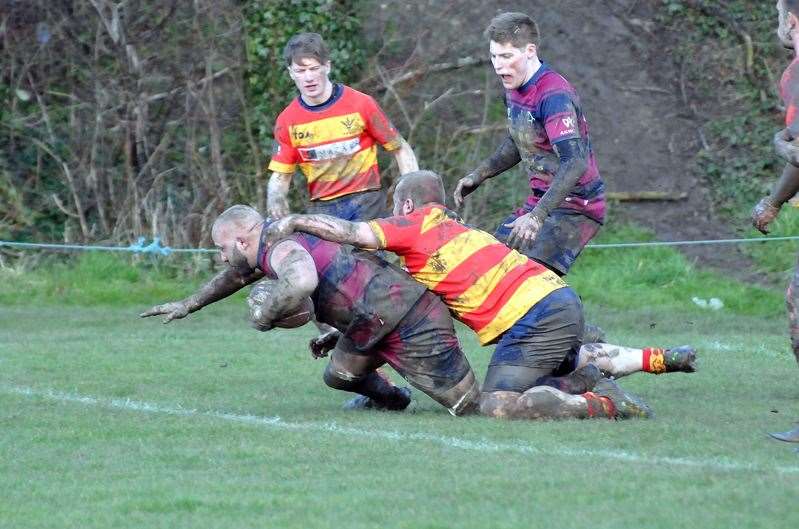 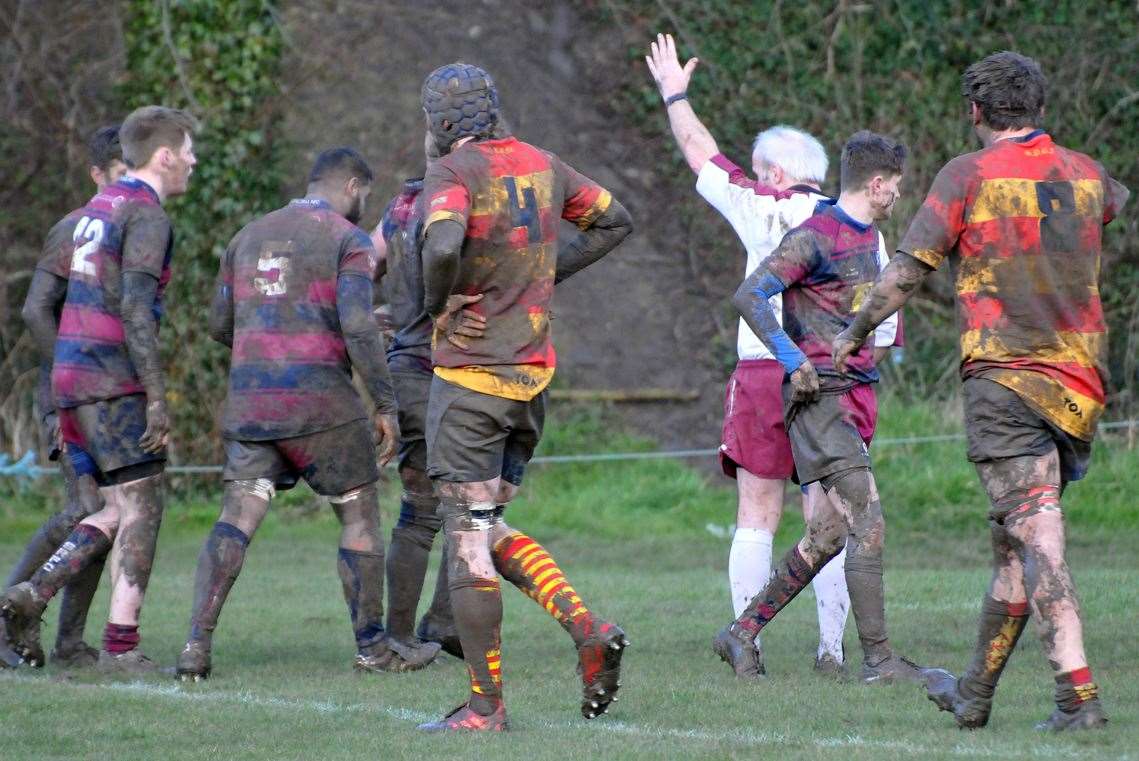 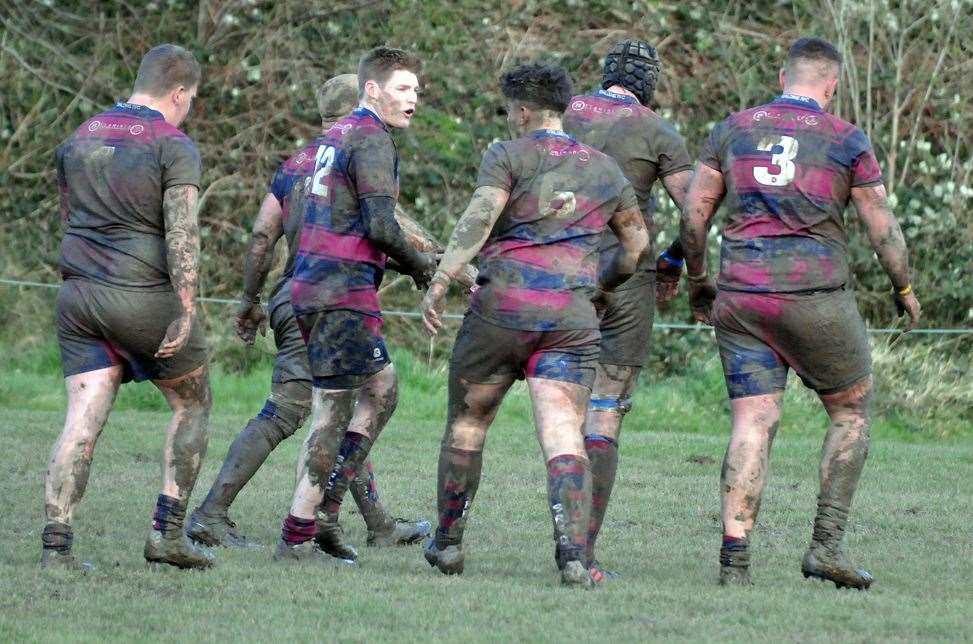 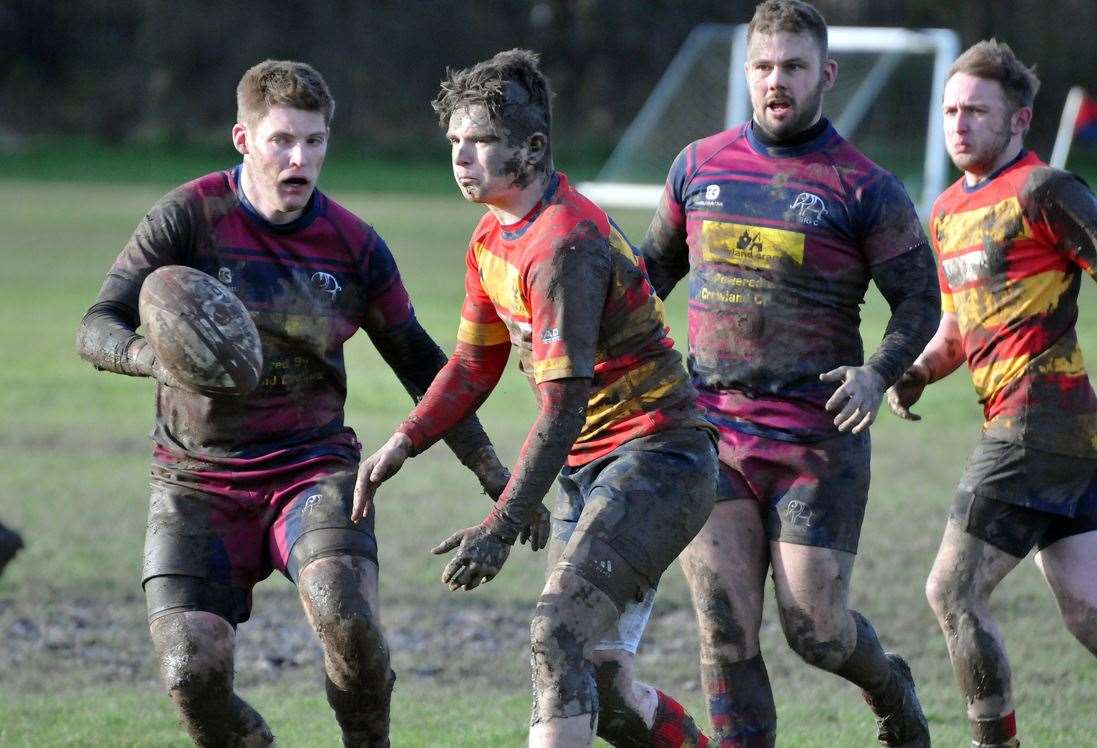 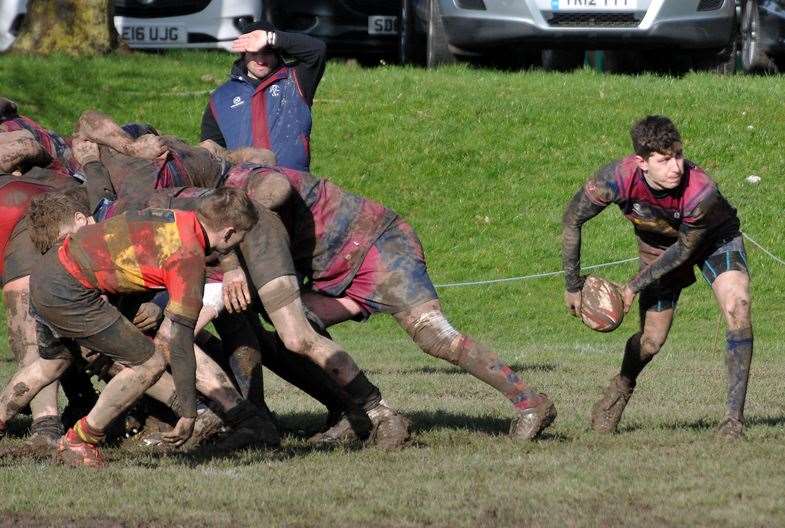 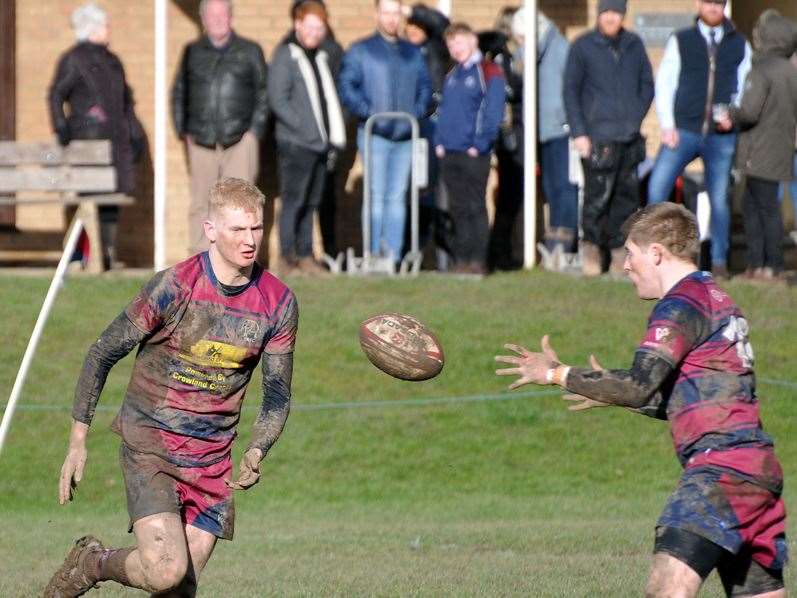 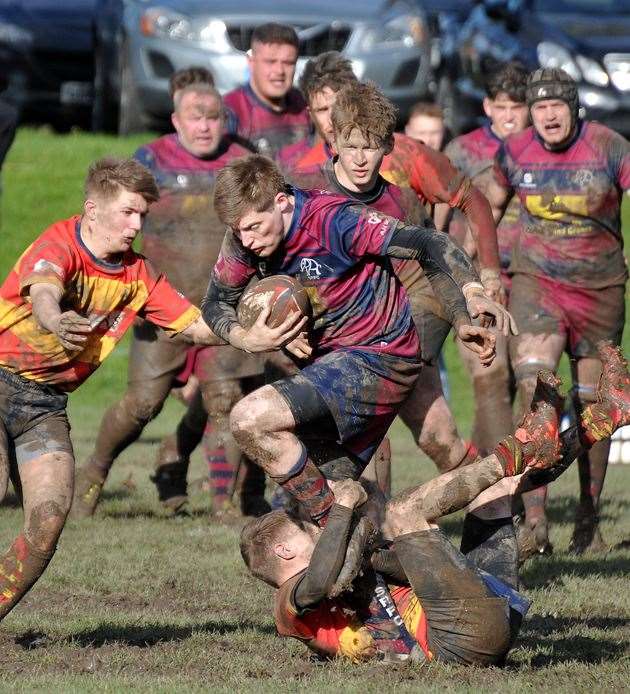 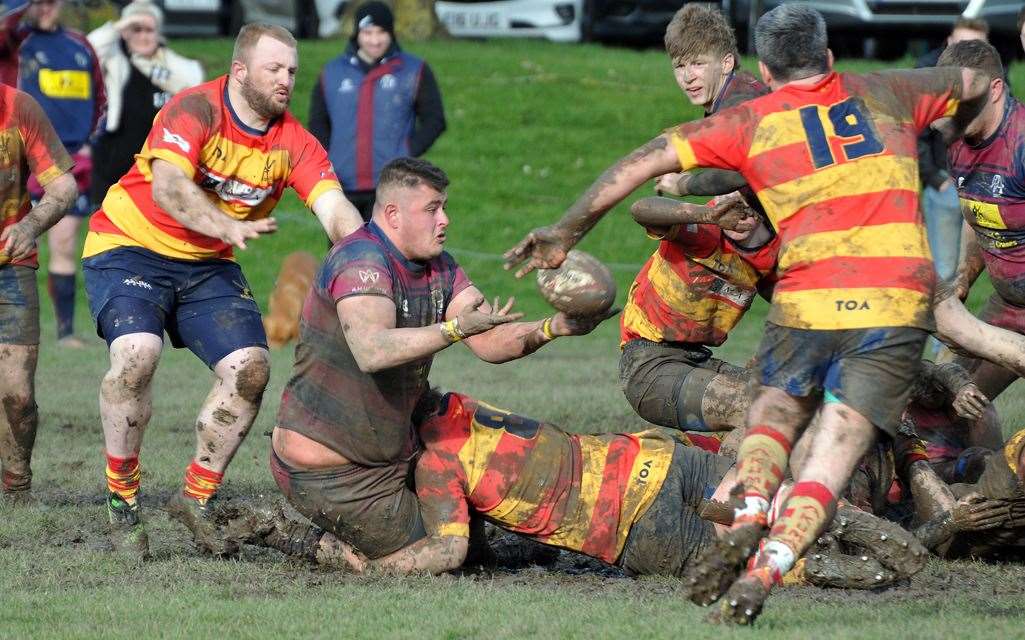 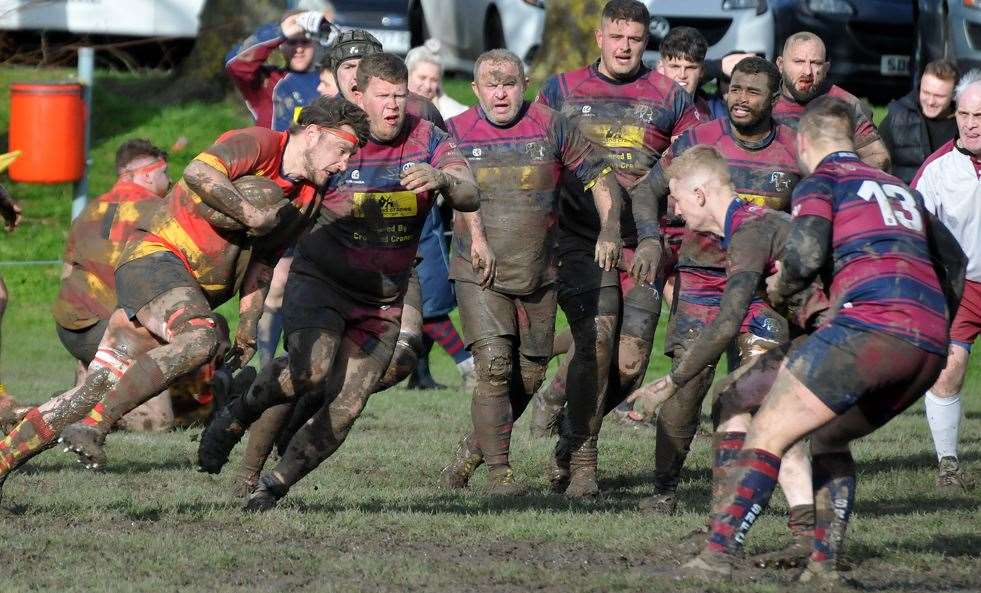 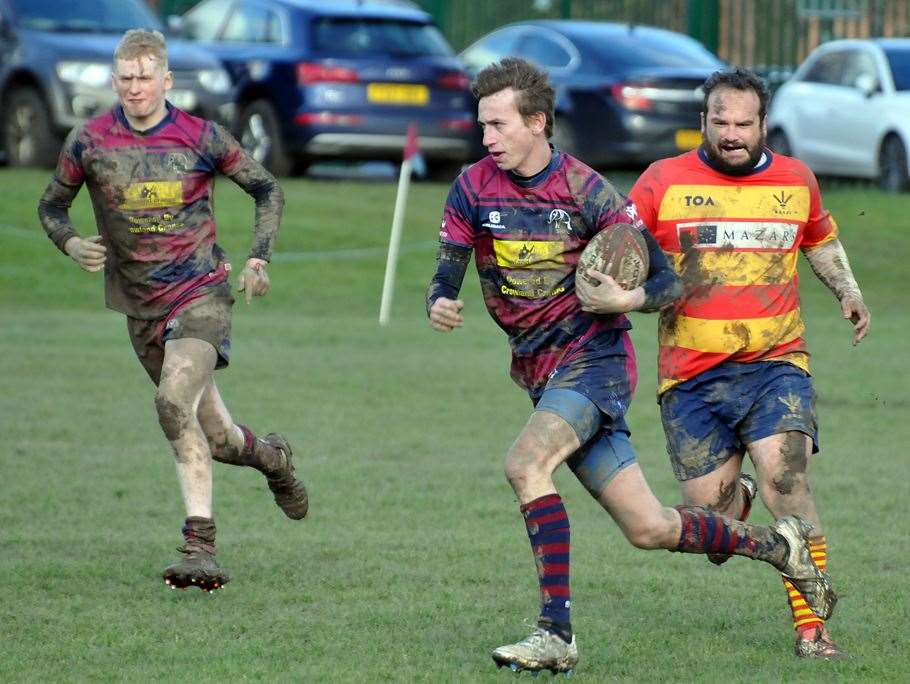 On the opposite side of the field, Stockwood Park, were looking to their scrum half to move the ball out quickly to set up their running and passing game

The opening 15 minutes saw neither team take an advantage until Stockwood Park infringed at the breakdown and Spalding were given their first opportunity to score.

Fly-half Conall Mason confidently stepped up and successfully converted his penalty, despite kicking into the wind.

Pressure was also starting to mount on the Stockwood Park scrum as props Pete Waudby and Luke Turner were starting to win their battles.

But the visitors were using the speed of their backs to make headway, only for centres Dan Adams and George Brown to bring them down with their unrelenting tackles, helped by flanker Jack Patrick.

With half-time approaching, Stockwood Park pressurised a Spalding lineout and stole the ball.

Again their scrum-half passed ball out quickly to their backs and this time space was created out wide for their winger to score an unconverted try.

Spalding responded immediately from the restart with Anker evading tackles and from the ruck Shields popped the ball up to Piccaver who attempted to force his way over the try line.

But when Piccaver was held up, a five-metre scrum was awarded to Spalding and player-coach Harry Sharman picked up at the base before forcing his way over for an unconverted Spalding try and a half-time lead of 8-5.

With only a penalty kick separating the teams it was all to play for in the second half.

However, it was Spalding who sprang an unexpected surprise as they were starting to look to spread the ball.

Just when it looked like the visitors' defence was holding firm, Mason slid a grubber kick through for Gav Sharman to chase on the left wing.

Showing off his footballing skills, Sharman put in a couple of kicks and with a final pick-up, he went over the line for an unconverted try as Mason’s conversion kick hit the posts.

Stockwood Park responded when Spalding’s defence was caught offside on a couple of occasions and a kick to touch resulted in a lineout five metres out.

But just to illustrate how momentum had swung to the home side, Spalding stole the ball thanks to an overthrow and cleared their lines.

The second offside saw a repeat, but this time with Stockwood Park winning their ball as ruck after ruck followed, with Spalding’s defence really being tested.

But Town held firm and finally cleared their lines before Brown was substituted after picking up a slight hamstring strain, with Tim Waltham going on as replacement flanker, Patrick switching to full-back and Willis Ingleby moving to outside centre.

Ten minutes later Ash made way for Will Cole as the last quarter of the game was dominated by Spalding pressure.

A long clearance kick pinned Stockwood Park back on their five-metre line and the visitors struggled to make any headway against Spalding’s superb tackling.

When possession was turned over, Spalding's forwards were still playing it tight, with Turner and Waudby proving difficult to stop.

Frustration built within the Stockwood Park team and the referee called both captains forward, with the visitors unable to make any headway as the forwards were using their backs to spread the ball out wide on the left, only to find Town centre Ingleby and winger Ben Shields stopping any threats.

Further frustration led to Stockwood Park conceding more penalties and when Ingleby kicked deep into the corner, both Piccaver, Harry Sharman and Turner were held up as the point of attack moved infield.

Finally, after further penalties were conceded, Harry Sharman squeezed over the try line with the last play of the match.

Stockwood Park proved they were a real challenge, but Spalding deservedly came out on top to claim a notable league double against a top team.