The Elephants went into the game as underdogs, despite being one place and three points ahead of their hosts in Midlands Three East (South).

Town's road to the final had started back in September 2019 when they beat Nottingham Moderns, followed by a very narrow 27-24 home win over Mellish.

Spalding then travelled to Nuneaton where they put in a good performance, beating Manor Park 26-16.

This set up a semi-final at Memorial Field against old league rivals Buxton who are in top half of Midlands Three East (North).

However, the Elephants shut out their visitors and scored two tries to win 10-0 and reach the club's first-ever Midlands RFU Senior Vase Final. 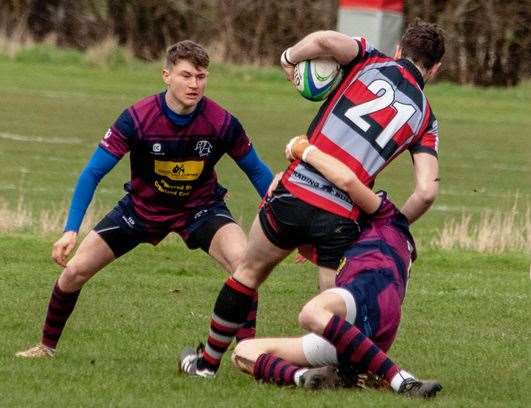 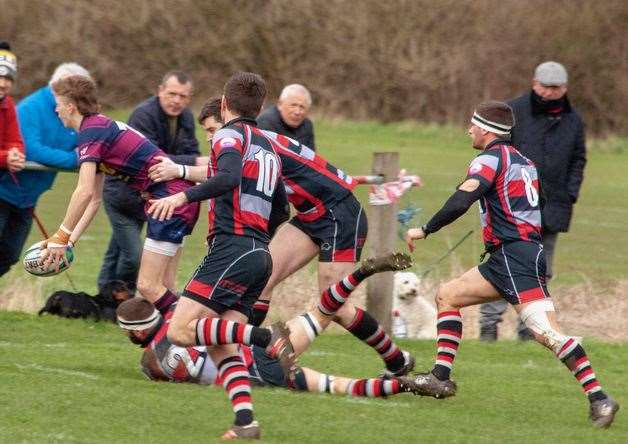 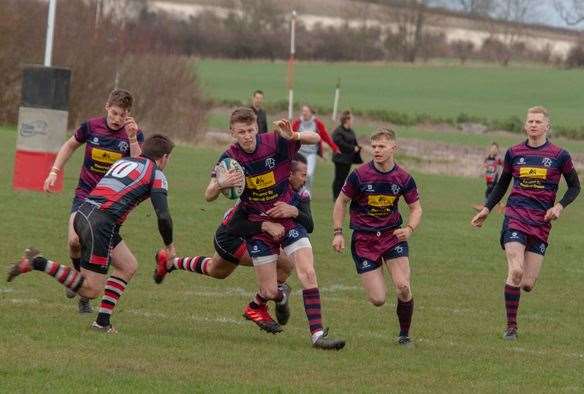 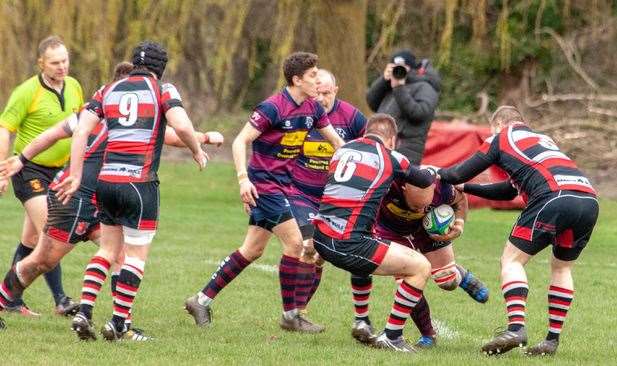 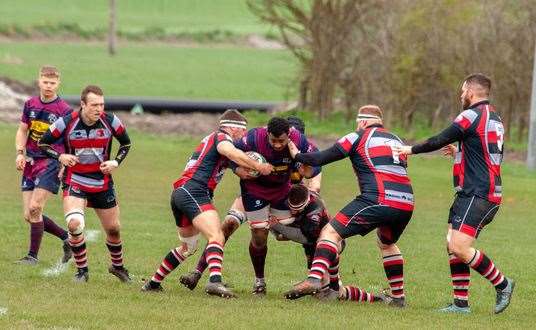 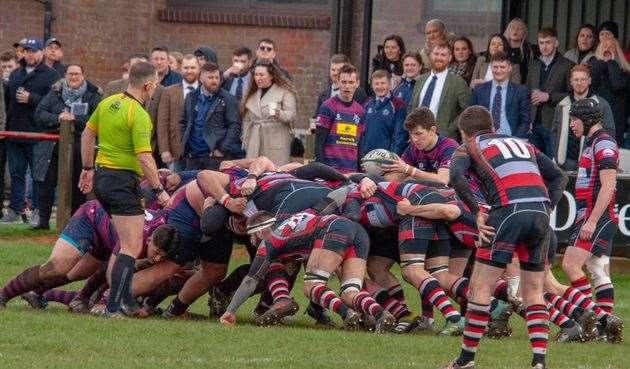 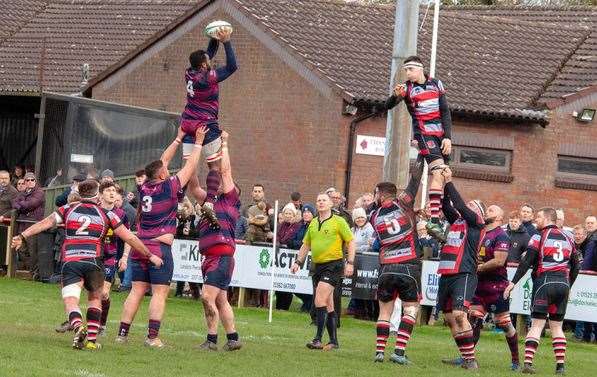 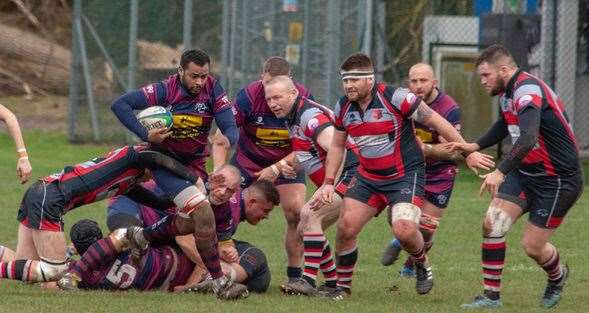 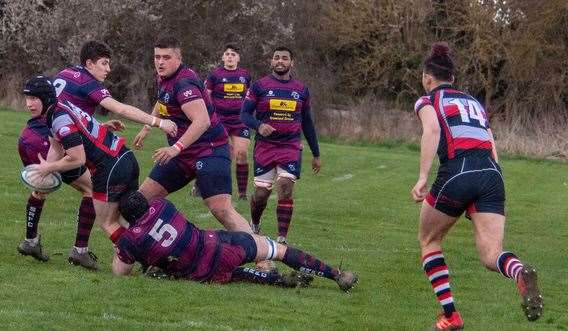 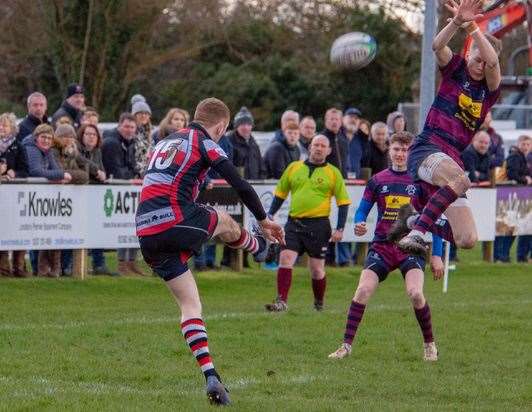 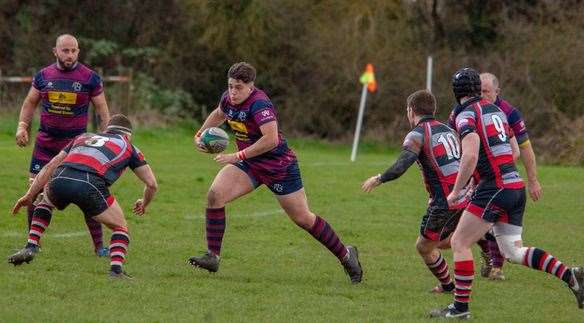 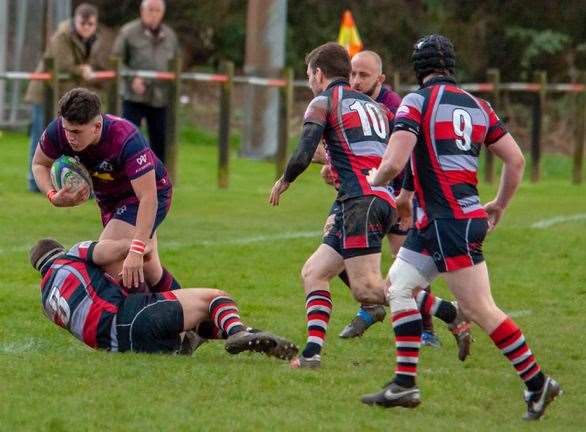 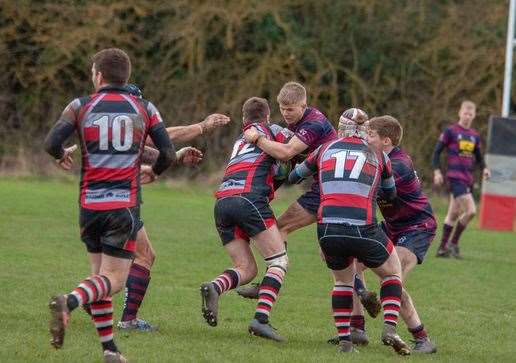 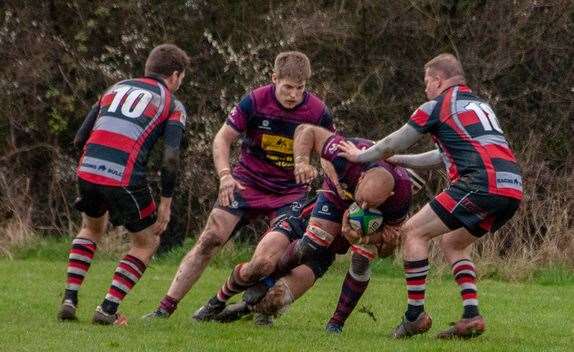 Having trained on Wednesday and Thursday nights, captain Dan Adams faced a tough team selection, trying to kept faith with as many of the players involved in reaching this stage as possible.

This meant that Miguel Da Silva, who starred in the win over Manor Park, had to make do with a place on the bench, alongside prop Jacob Greaves, Matty Holmes, George Brown, Mark Haighton, Rob Lucas and Callum Lewis.

In front of a crowd well in excess of 300 supporters, Dunstablians were soon in their stride, using big carries by their forwards to punch holes in Spalding’s defence.

Within the opening few minutes Spalding were penalised for holding on in a tackle and then sent back a further ten metres for not retreating.

Dunstablians' full-back successfully kicked the penalty to give the hosts an early 3-0 lead.

Spalding were on edge and a further offence near the half-way line resulted in another penalty kick into the wind missing the posts.

Then outside centre Jack Patrick settled his side’s early nerves as he sliced through the Dunstablians defence, only to lose control of the ball as he touched down.

However, the referee played advantage and a yellow card was shown to a Dunstablians player before a penalty kick to touch was taken by the visitors.

When a maul was established by Spalding, their pack drove forward and hooker John Barrett dived underneath for the Elephants' opening try.

With Conall Mason taking the kicks, his first effort was taken wide by the difficult, swirling wind.

A further infringement by Spalding for offside saw another penalty kick by Dunstablians sail wide.

This was the signal for Spalding finally to start motoring, with forwards Ryan Chappell and Ash Piccaver showing strength and pace with their carries.

A penalty award soon followed and kicking to touch, a good throw-in by John Barrett was caught by Ash Anker who fed scrum half Will Shields.

Willis Ingleby received ball and made a break at fly- half before offloading to Adams whose strength saw him reach the line.

A successful conversion by Mason gave Spalding a nine-point lead just as Dunstablians were ready to test the strength of their scrums.

But the hosts had failed to take into account Town props Pete Waudby and Luke Turner, along with the experience of player-coach Harry Sharman at eight.

Chappell made a good break out of defence but with the support slow to arrive, he was caught holding on in the tackle, handing another penalty kick to Dunstablians which they failed with.

As half-time approached, Dunstablians won a scrum penalty but failed to release at the next breakdown which is when the first half ended.

With no substitutions at the break, Spalding kicked off in the second half and after controlling possession for the opening minutes, they drew the first penalty from Dunstablians.

Ingleby kicked to touch and with Anker winning clean ball, he retained possession to set up a driving maul.

Dunstablians were then penalised for collapsing the scrum and Spalding repeated the move.

But their advance was halted and with possession retained, scrum-half Shields whipped the ball out to Ingleby who, in turn, passed long to Mason as he joined the attack out wide on the left.

An excellent pass to left wing Gav Sharman saw him evade Dunstablians' covering tackles to run in Spalding’s third try of the afternoon from 20 metres out.

Mason added the extra points with his conversion kick from just inside the touchline, establishing a 19-3 lead for the Elephants with half an hour to play.

Spalding then went through phase after phase of play, controlling the rucks, while Dunstablians were unable to make any impression.

With Harry Sharman kicking deep into open spaces, the home team were turned back into their 22, with Adams, Patrick, Gav Sharman and Ingleby cutting out any counter-attacks with their superb tackling.

However, on one occasion Dunstablians escaped and kicked back over Spalding’s line of defence.

When Piccaver blocked a runner off the ball, he was yellow-carded and with Spalding a man down among the forwards, Jacob Greaves replaced Turner as fresh legs arrived for Adams' side.

The game was now swinging Dunstablians way just as they chose to spread the ball wide, stretching Spalding’s defence.

A high tackle saw the home team kick for touch and with a lineout won, Dunstablians' forwards were in control, battering the try line and forcing Spalding into a series of last-ditch tackles.

Eventually, the home side were rewarded with a converted try to make the scoreline 10-19.

With plenty of time left on the clock, more fresh legs on the Spalding side were needed as Harry Cole had run himself into the ground.

George Brown replaced Cole just as Spalding were about to shock Dunstablians and effectively secure the match.

Ash Piccaver had returned to the field after his sin-binning just as Ash Anker led a charge back into the home team’s territory with a tremendous run, breaking numerous attempted tackles as he twisted and turned at pace.

When Anker was finally brought to ground, support was on hand to ruck over just as Dunstablians' defensive line had been broken.

The ball was moved swiftly along the backs before Ingleby put Mason into space and he found Ben Shields on the right wing.

With twenty metres to the try line, Shields weaved his way inside and outside, leaving defenders standing as he went over in the corner.

Another outstanding conversion by Mason saw Spalding's lead restored to 16 points with just 12 minutes to play.

Not giving up the fight, Dunstablians went looking for further points and when Harry Sharman tackled marginally on the high side, he was shown a yellow card to leave Spalding down to 14 men for the last ten minutes.

As Dunstablians pressed forward, tension mounted for the Spalding supporters as the minutes were ticking away.

When an offside penalty was given on Spalding’s five-metre line, the Dunstablians scrum half darted in for an unconverted try to take the score to 15-26.

Sharman came back on the field for the final minute and a Spalding scrum saw the ball kicked into touch, much to the Elephants players’ relief and joy.

Spalding had played some stunning rugby, with powerful driving by the forwards against a stern and strong opposition.

But it was the level of execution and handling by the backs that made the difference on the day, with a total of four tries and three outstanding conversion kicks on what was a proud day for Spalding Rugby Football Club.