The visitors arrived with just 12 men and so Bourne quickly made up the numbers by lending them players from off their own bench.

After a dominant start Bourne secured a lineout on the Sleaford 22-metre line and the ball went to fly half Calum Weston who looked to ship the ball out wide.

Inside centre Dave Maudsley managed to cling on to an awkward pass and somehow offload to outside centre Matt Kidd who ran in untroubled for the opening try.

Weston added the conversion and, minutes later, Bourne found themselves in the Sleaford half again where the home side's pack were in rampant mood.

Front row trio Rob Coupland, Tom Mellor and Brett Franklin led the way and, after a number of breakdowns in the Sleaford half, Maudsley sent a chip to the far side of the pitch where full back Jack Lagdon gathered before evading several tackles to touch down for Bourne's second try. 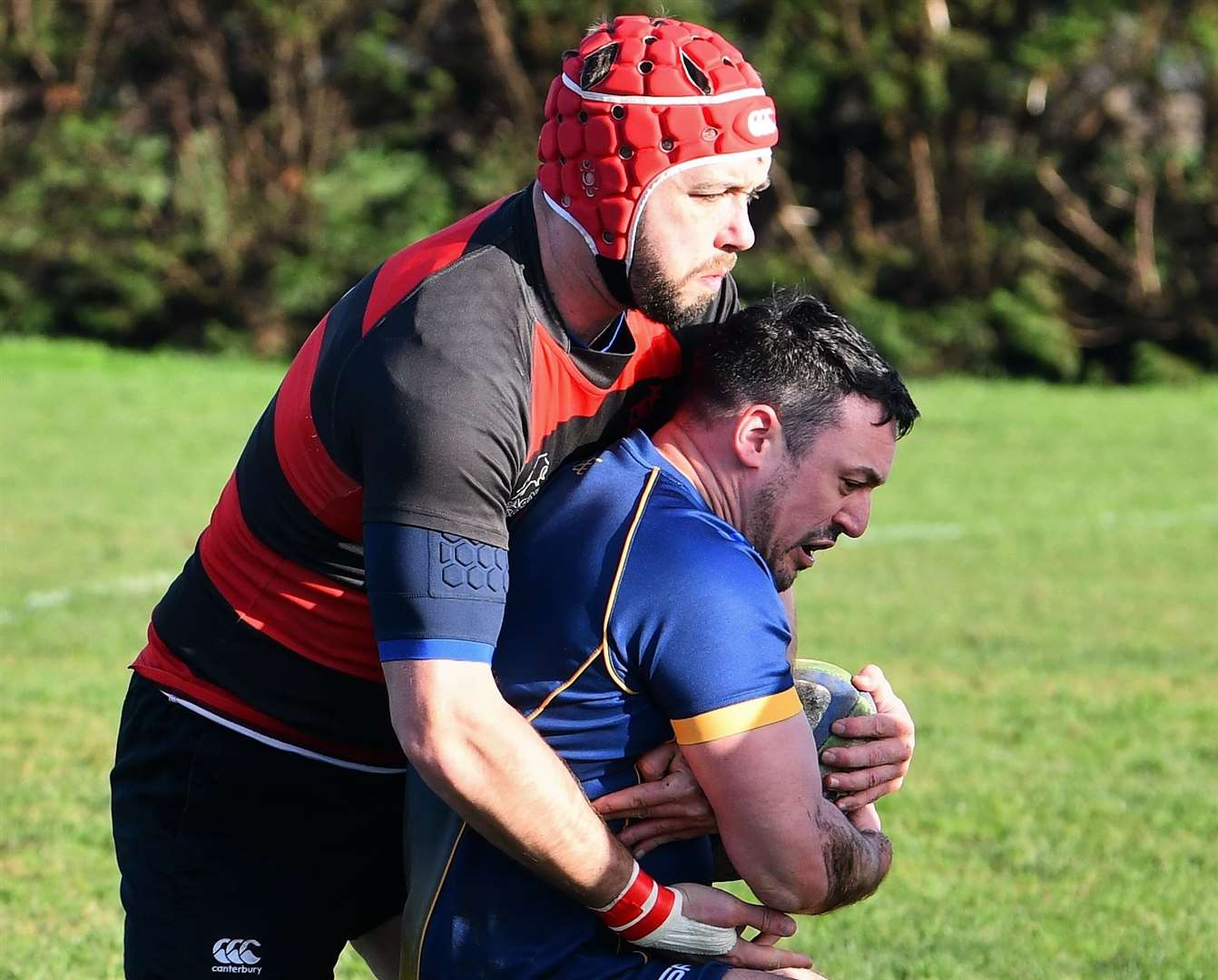 Weston was unlucky to narrowly miss the conversion from some way out to make the score 12-0 to Bourne.

Maudsley and Kidd linked up again for their side's next try, with second row men Stu Richardson and Danny Day also getting involved.

As Weston fed the backline, Maudsley found himself in space before straightening up his run to draw the last of the Sleaford defenders and then releasing the ball to Kidd who cruised in from 20 metres out.

Weston's conversion stretched Bourne's lead to 19-0 and they went further clear when left wing Logan Nicholson threw a quick lineout to Maudsley who made his way infield, kicked to the far corner and watched as right wing Aaron Harding ran onto the ball.

Some way out and under pressure, Harding did well to kick the ball forward and beat the last of the Sleaford defenders to ground the ball for an unconverted try.

Maudsley was next to get on the scoresheet when, from a Bourne scrum on the halfway line,number eight George Lindley picked up and made considerable yards before a well-timed pass allowed Maudsley to cruise in from 20 metres out.

With five minutes left, Bourne set about finishing the first half in style when they won a scrum just ten metres from the Sleaford try line.

Scrum half JD Charlton darted blind and made good yards to power his way over the try line, with Weston unable to add the conversion.

Having raced to a convincing lead, Bourne captain Weston shuffled his side for the second half, moving himself and Maudsley over to Sleaford.

As a result, the visitors started the second half well, with Bourne first XV prop Jake Appleby and wing Chris Warnes also playing for Sleaford in the back row and at scrum half respectively.

This made the game a much more even contest, with Bourne being called upon to defend far more than they had in the first 40 minutes.

With Sleaford piling on the pressure, Bourne's defence eventually cracked and gave up their first points of the day.

This motivated Bourne and Jack Lagdon linked up well with replacement centre Dave Greenfield, while Lindley and back row partners Nathan Cope and Rob Martin were making yards against a difficult wind.

But despite a solid effort from Bourne in the final quarter, it was Sleaford who crossed over for their second try, the last one of the day.

After the game, Bourne's director of rugby Dave Maudsley said: "That was rugby at its best, with 30-odd guys making up the numbers and playing for the fun of it.

"There was plenty of talent on display, but the spirit in which the game was played was undoubtedly the highlight for everyone involved."

Bourne captain Weston said: "It was another solid performance by the squad, with lots of players putting in decent shifts.

"We have another two games over the next two weeks and that will be a real test for us.

"But the guys that were out there will be involved and they've shown that they're both willing and able.

"We have the makings of a very capable second team squad and that's a huge boost for the club."

Rob Martin, Bourne's man of the match, said: "A lot of the guys are training with the first XVs and as a second XV, we've played more games this season than previously.

"That's helping us to progress on the pitch and there's a great feeling of actually being a side, rather than being thrown together when needed which is sometimes the nature of second team rugby.

"Here we've got a real identity and although we're the second team, we're incorporated into the club's senior set-up and made to feel an important part of what happens moving forward."