Bourne overcame windy conditions at Milking Nook Drove to win for the 11th time this season and keep pace with title rivals Oakham and Stamford.

Player-coach Andrew Brown was keen to avoid a slip-up by his side and they enjoyed the majority of possession and territory, despite playing into a significant wind during the first half.

However, the hosts failed to convert their early dominance into points due to handling errors on their part.

A sense of impatience threatened to undo any momentum Bourne built up, with offloads ending up on the ground or in BBOB's hands.

Bourne's opening score eventually came when Josh Lynch, starting the game at centre, cut through the visitors' defence with a run from the halfway line to BBOB's 22 where a decent pass found centre partner Sam Thornburn who crossed over for a try.

Fly half Sam Evison kicked the conversion to put Bourne 7-0 before their opponents suffered several injuries and quickly began to look tired. 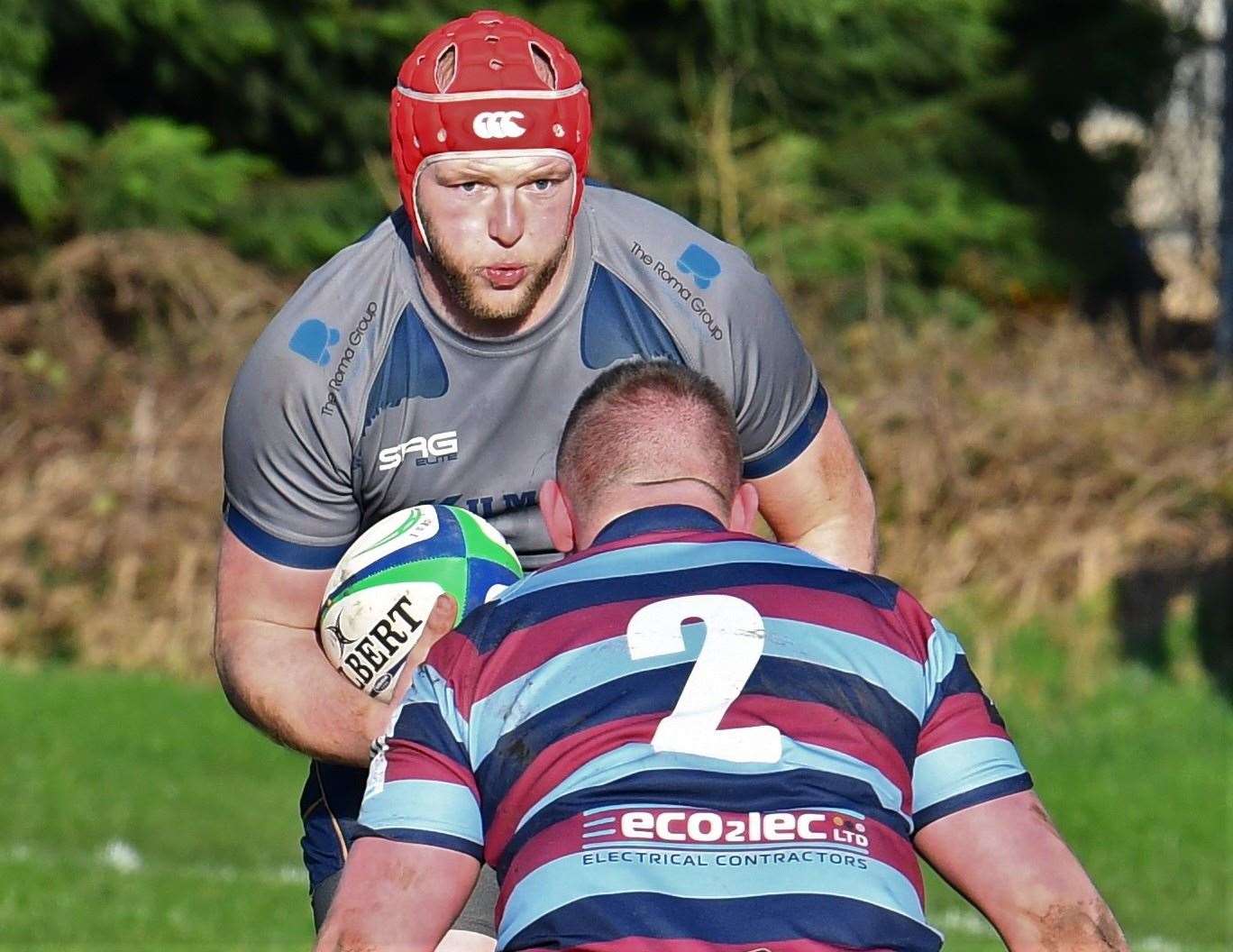 But as half-time approached, BBOB scored with a penalty to make the score 7-3 to Bourne at the break.

Brown brought on replacement centre Adam McHugh in the second half to pick up from his man-of-the-match performance at Huntingdon & District the previous week.

McHugh's impact was immediate as he scored with his first touch of the ball, running on to Evison's short kick forward before beating the Northampton defence to the try line.

Evison converted again and with the conditions much kinder to play in, Bourne cut down on their mistakes as their pack improved.

Prop Jake Appleby scored next as he crashed onto the ball at speed and ran in from 15 metres out, Evison's conversion putting Bourne 21-3 on the hour mark.

Second row Sam Harby then created the next try forfull back Jack Berry after showing dynamism in breaking down the blind side before Harby was eventually brought down by several BBOB defenders.

But this allowed Berry to make the most of the resulting space and score an uncoverted try.

Berry added a second, having moved to fly half, beating several BBOB cover defenders to touch down, with Evison adding the conversion to make it 33-3.

A hat-trick of tries for Berry quickly followed,thanks mostly to the efforts of Thornburn's strength in turning over

Thornburn's brother Harry, playing at hooker, was next to get in on the scoring act as he collected a pass from Berry to go over.

Evison's sixth conversion from eight attempts took Bourne past the 50-point mark before the visitors scored two well-worked tries in the ten minutes as a reward for their determination.

Bourne second row Keir Moore, Saturday's man of the match, said: "We were some way off our best in the first half, putting ourselves under unnecessary pressure.

"But we stuck at it, didn't panic and after having soaked up the pressure, we were eventually able to build some momentum.

"At that point, we were able to turn the screw and it was good to see the lads in the pack getting on the scoresheet today."

Player-coach Brown said: "We made hard work of the first half but we created plenty of half-chances and on another day we'll turn more of those into points on the board.

"We opened up in the second half and were far more clinical in both creating and taking our opportunities."

Ahead of their visit to league leaders Oakham a week on Saturday, Brown added: "Our defence at Huntingdon last weekend was very good for 80 minutes and we attacked well in the second half against Northampton BBOB.

"But we know that to beat Oakham, we will need to be at our best in all areas of the game for its entirety."