After a couple of indifferent performances, Spalding scored eight tries at home on Saturday - having lost narrowly away to Northampton BBOB at the start of the season.

Since some excellent results against front-runners Stockwood Park and Stamford at the end of 2019, Spalding's form had gone into reverse recently with two league defeats and a county cup loss.

With the visitors lying second from bottom, it was an opportunity to get their season back on track.

The starting XV reflected the team selection from the Huntingdon game with young Will Cole retaining the No.6 shirt and Jacob Greaves returning at prop.

Similar to last week against Huntingdon, Spalding started the game looking the better team, quicker to the breakdown and having the confidence to pass the ball around to open the game up.

However, the referee started to penalise Spalding for a number of penalty infringements and each time Northampton were given the chance to gain territory with some excellent kicks to touch.

With a quarter of an hour on the clock, Spalding established a ruck in the opposition 22. Mysteriously the ball emerged on BBOB’s side and Luke Turner drove in, only to be yellow-carded.

This made Spalding more determined as within a couple of minutes, a break down the left wing saw Matty Holmes put into space and he ran through BBOB’s flaying tackles to score behind the posts. With Conall Mason converting, Spalding were up and never looked back.

Spalding were rampaging over the opposition with Cole making a superb break only to be caught, followed by Reece Callaby showing his pace but again brought down. Both players were replaced by Chappell and Da Silva due to injuries.

Fresh legs helped launch Spalding’s next score, winning the ball at the breakdown and scrum-half Ben Shields passed the ball out wide.

Suddenly the opposition were outnumbered four to one in the backs as centre George Brown's pass saw Mason turning his opposite number inside out and he ran unchallenged for Spalding’s second try.

BBOB then stepped up their game using a set-piece move from a lineout to set up an unstoppable driving maul to score their only try plus a successful conversion.

As half-time approached, Spalding's forwards were making inroads with their carries led by Harry Sharman, Chappell and Harry Cole.

Ash Anker continued the movement, evaded two tackles and drove over for his first try of the afternoon.

The second half resumed with Spalding in confident mood with good handling between the forwards and the backs.

With centre Dan Adams drawing the BBOB’s defence wide, fly-half Willis Ingleby spotted a gap opening and pressed his accelerator. Ingleby touched down having run from near the halfway line for another brilliant individual try and the bonus point was secured.

Although missing Jordan Templer in the lineout, Anker was proving to be as dominant by giving excellent ball for Shields to pass out to the backs.

But it was not long before he starred again out in open play as he again burst through BBOB’s weakening defence for his second try. His reward was to be substituted, bringing on Crane for the remaining 30 minutes.

Into the last 20 minutes Spalding were full of running while BBOB were starring at a heavy defeat.

With the ball again being passed securely, centres Adams and Brown made inroads with their pace - releasing Holmes to grab his second try.

Meanwhile, left-winger Ed Booth - although having several runs - could not find the space to make a decisive break.

Whenever BBOB threatened, full-back Mason was there. He never missed a tackle and cleared his lines with his excellent relieving kicks.

But he is proving a real threat when entering to join the backs in attack. With a good pass from Brown he showed real pace, cut back inside to score unopposed near the posts and with his successful conversion Spalding were looking formidable.

The final try was again created by the pressure being applied by the forwards, keeping possession with good carries and secure rucks.

Within touching distance of the try line, BBOB were penalised. Quick-thinking Ingleby took a tap penalty and dived over the try line for the final score.

Player-coach Sharman was pleased to see Spalding back in the groove and the good spirit within the team.

However, he felt there were still a number of areas that could be improved upon during training ready for next weekend’s RFU Vase Cup Midlands section semi-final at home to Buxton (2pm kick-off). 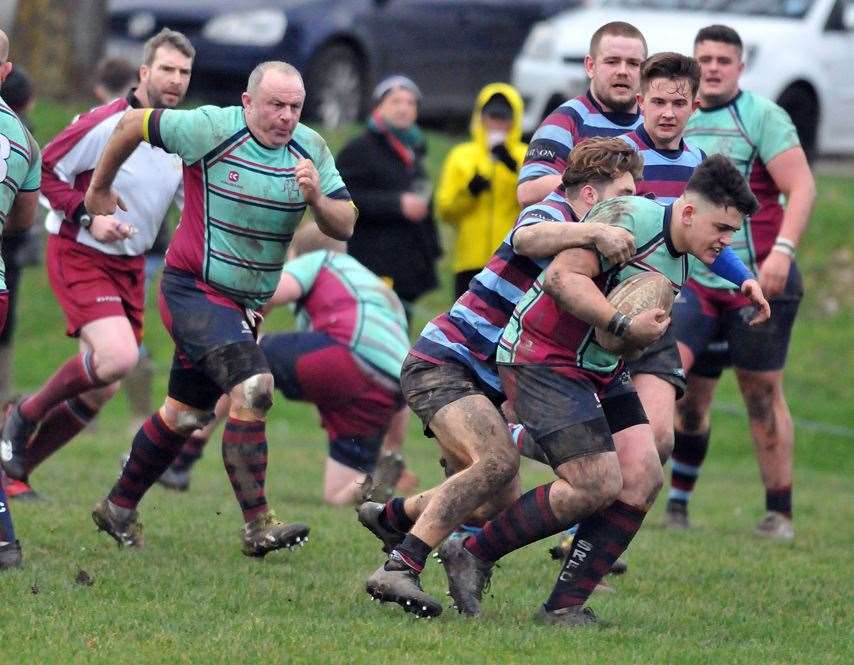 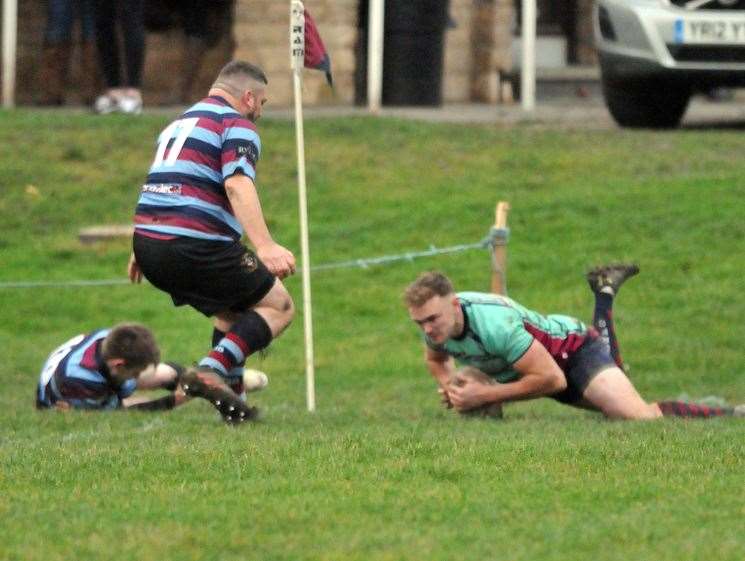 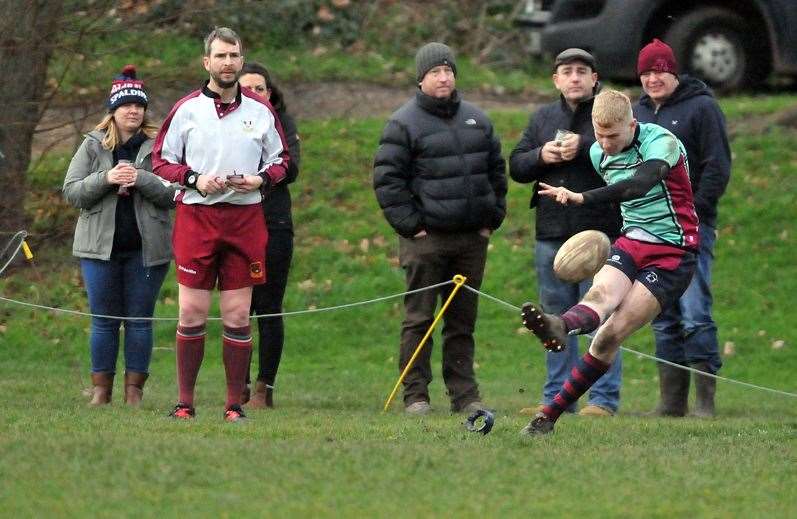 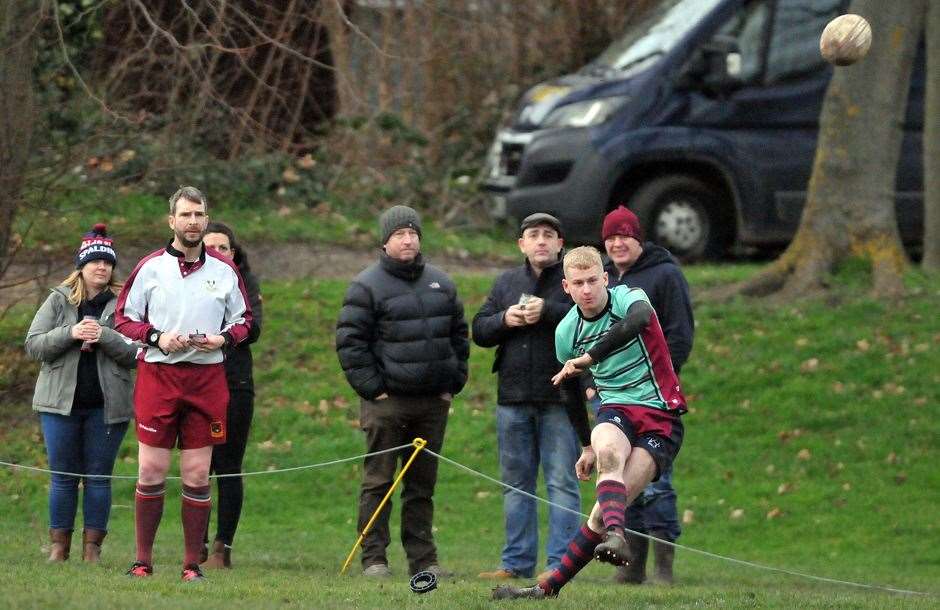 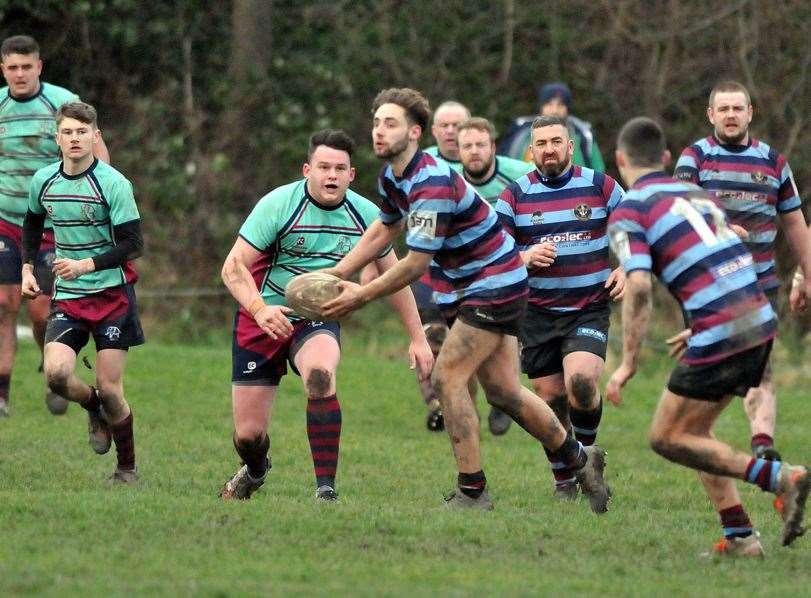 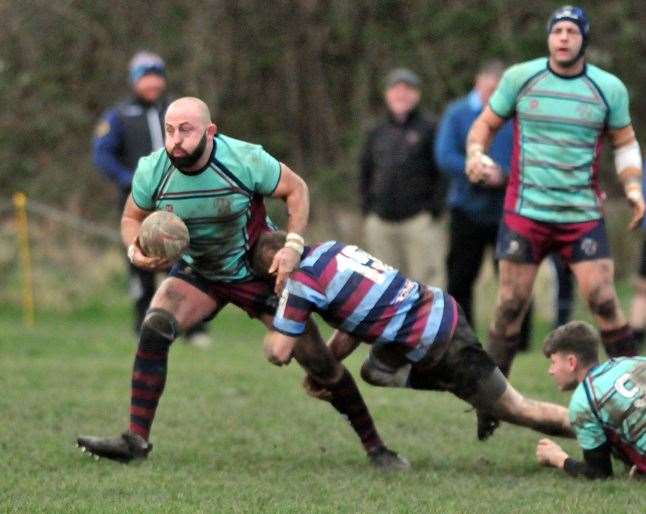 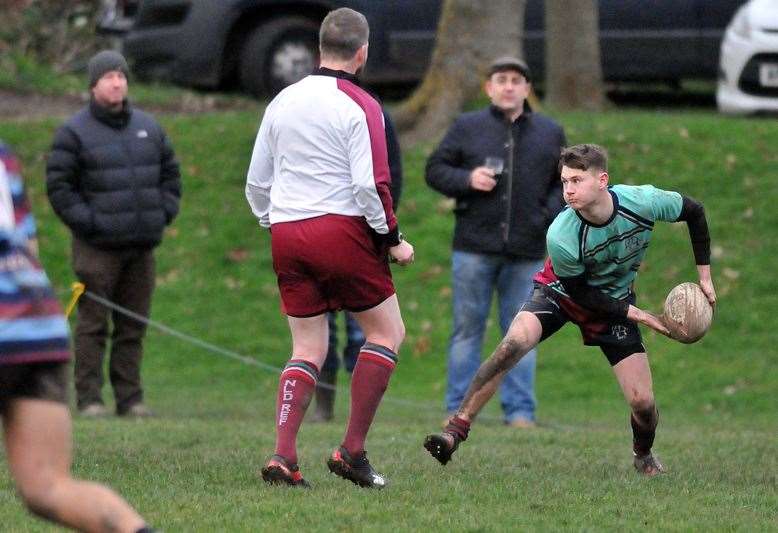 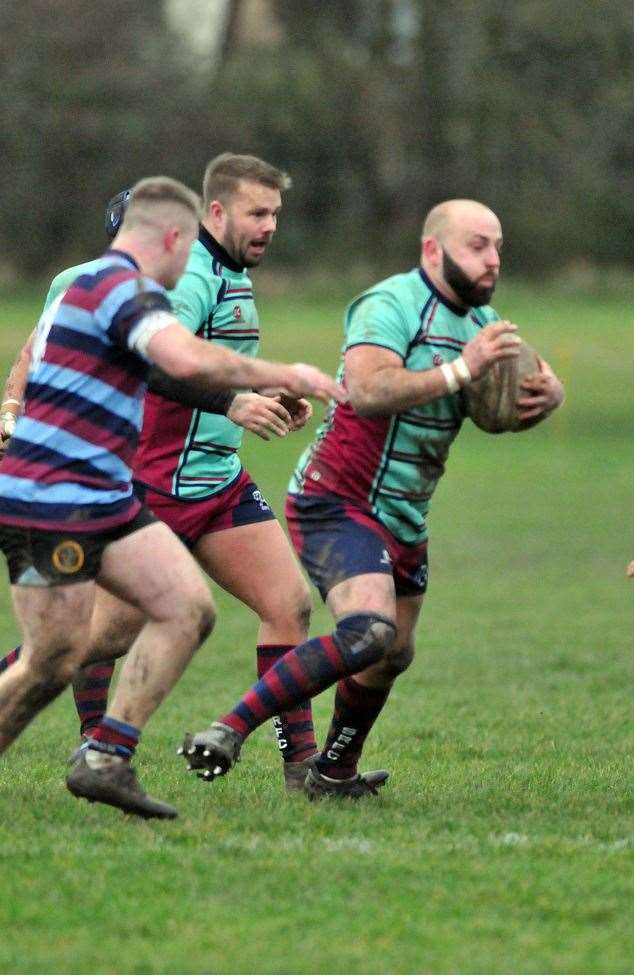 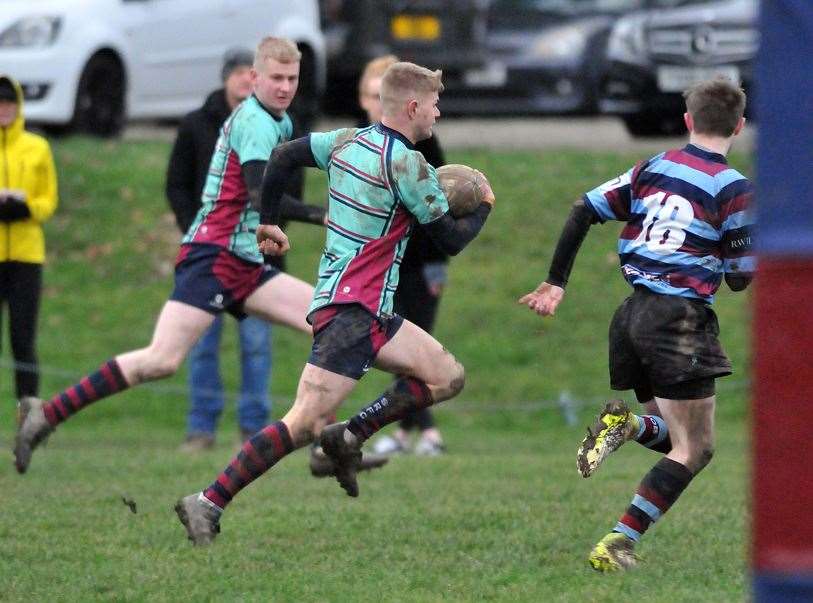 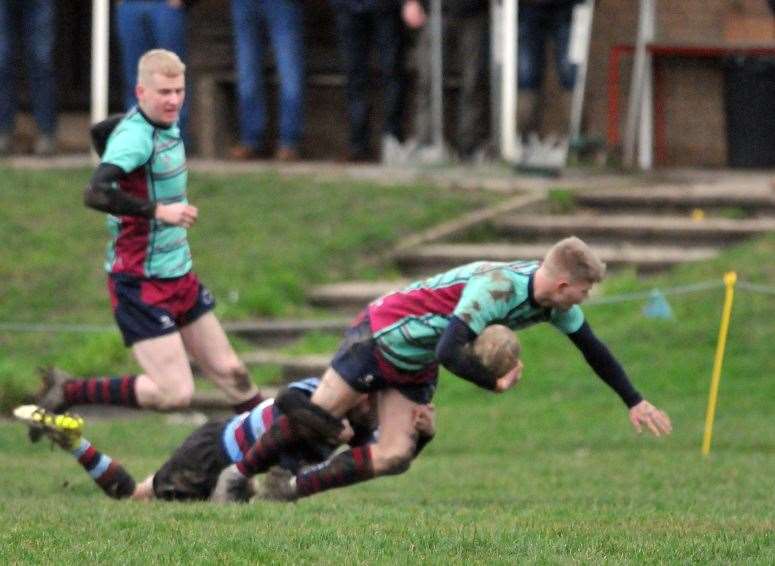 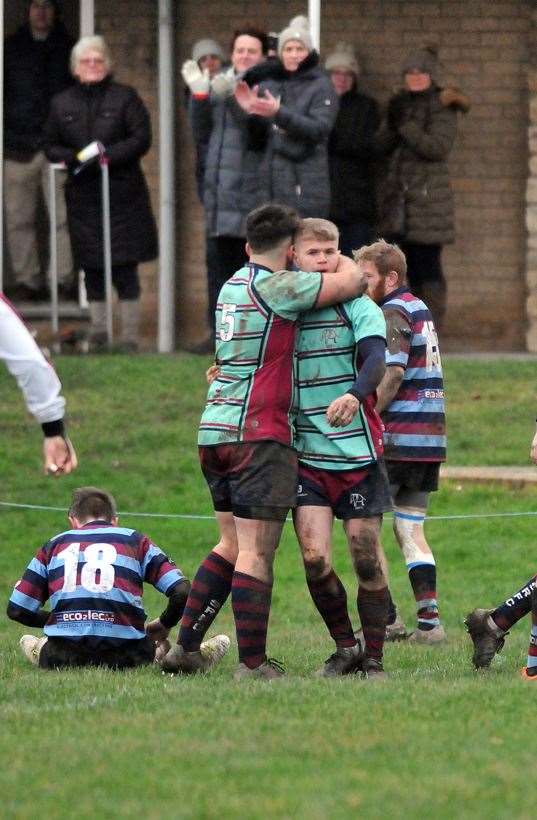 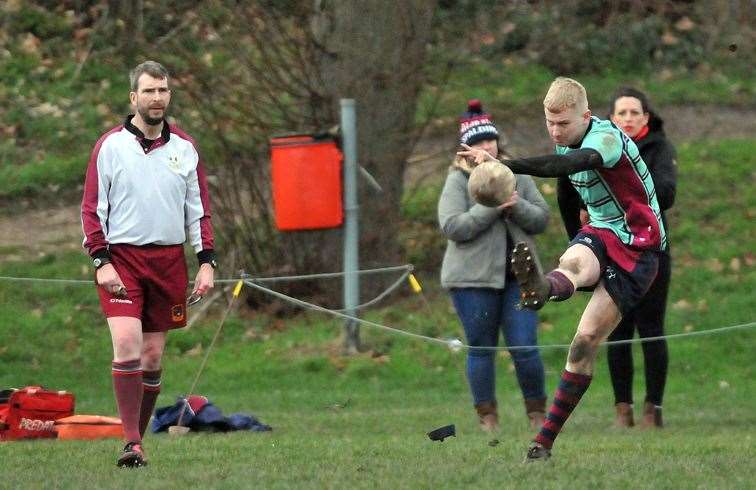