Round-up of the latest action in the Peterborough Junior Alliance

Lawson netted nine times as the young Tigers ran out 15-0 winners in their away match at Peterborough Sports Academy White.

He took just two minutes to break the deadlock in the Group A clash and had completed his hat-trick after just a dozen minutes of the match.

Lawson had taken his haul to five by the half-hour mark before scoring another four goals in just five second half minutes.

Joseph Beba, Leon Fish, Louis Smith, Chloe Biggadyke, William Harris and Alfred Grimwood were also on target for the Tigers who finished in third place in the group.

The two teams had finished at 1-1 with Isaiah Button scoring a second half equaliser for Rangers who then lost 4-1 on penalties to the group winners.

Kallum Whitbread scored the consolation for Bourne Town Red in their 5-1 defeat at Peterborough Northern Star Black in Group B while there Claret club-mates were 3-0 home winners over Werrington in Group D.

Crowland completed their Group C campaign with a 2-1 away success at Feeder.

Spalding United Yellow clinched the runners-up spot in Group B of the Hereward Cup after being awarded the points from their final match against Hampton Royals.

Thurlby finished top of a keenly-contested Group C after a 4-3 final game win at Netherton Eagles.

Nathan Bisella, Charlie Gough, Yuvraj Ranaut and Riley Weston were the scorers for the Tigers who now face March Town Reds in the last four.

Oakley Williams smashed a superb six-goal haul as Holbeach United Black clinched top spot in Group B of the Under 13 League Cup.

The young Tigers ran out 12-0 winners against Stamford Young Daniels Reds with Williams leading their charge with a six-goal spree.

Blake Greenacre and Theo Maxwell-Rutty both bagged braces for Holbeach with Kai Mackie and Rhys Felipes also on target for the Tigers who will now play Werrington in the semi-finals on Sunday.

The victory ensured Holbeach finished ahead of runners-up Spalding United Blue who finished their group campaign with a 2-1 away win at Park Farm Pumas Black where Dawid Maksay was among their marksmen.

Lewis Smith struck twice with Daniel Rogers, Matthew Sewell and Loui D'Angelo on target for the Wakes who now take on Stamford Young Daniels Yellow in the last four.

Deeping Rangers Clarets were unable to end their campaign on a high after a 3-1 home reversal against Nene Valley. Max Heames hit their goal.

Zak Coles and Shay Buckley were on target for the Wakes with Kaylum Paddock replying for Pinchbeck.

Long Sutton Athletic finished with a 6-3 home success over Thurlby Tigers Black with Jake Pick (2) and Oliver Clark scoring for the visitors.

Coby McCarthy, Aaron Stubbs and Ollie Symak struck the goals for Thurlby Tigers Orange as they defeated Stanground Purple 3-2 in Group A.

Deeping Rangers Blues ended their Under 14 League Cup campaign with a 2-1 home victory over Peterborough Sports Academy Blue in Group A.

Edward Barsby and Max Olbromski were on target for Rangers who finished in third spot.

Holbeach United Black gave an excellent account of themselves in a narrow 3-2 away loss at group winners Stamford Young Daniels Reds.

Spalding United ended their Hereward Cup campaign with a first victory in Group A after Ralfs Kalvans scored twice in their 2-1 home win over Deeping United Red who replied through Emrys Connelly.

Dovydas Jencius struck twice for Moulton with Harley Hall their other marksman. They will now face Boston United Community Black in the next round.

Pinchbeck United Sports ran out 4-2 winners on penalties in their match with Whittlesey Royal after the game had ended 4-4.

Bourne Town Under 16 Red bowed out of the Peterborough Youth League Cup competition after a 3-0 defeat against Nene Valley in their quarter-final clash.

Pinchbeck United 13s were in friendly action after the late cancellation of their scheduled cup clash.

They took on Crowland Black - who play two divisions higher - and ran out 3-1 winners thanks to goals from Alex Doades and Domantas Paulauskas. 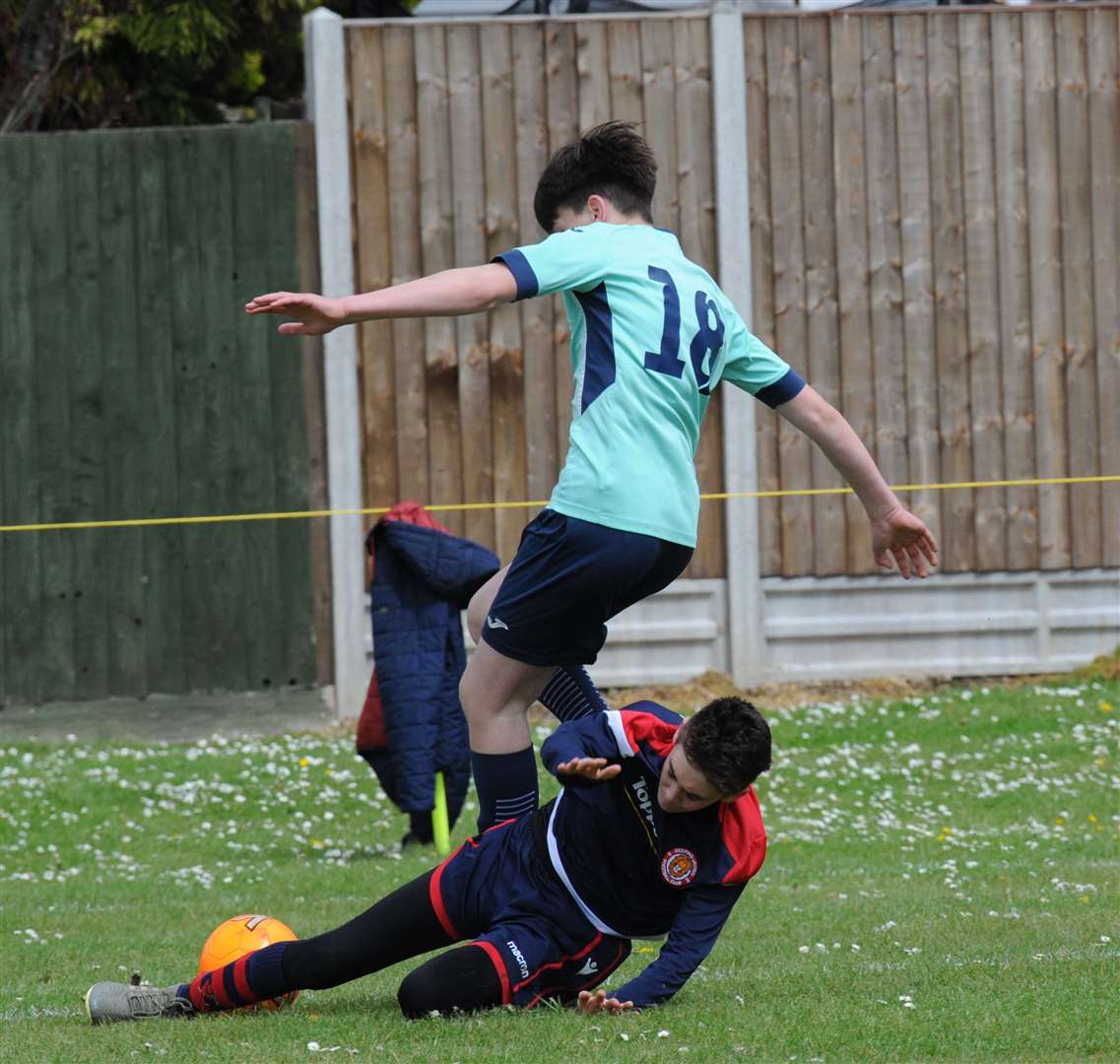