Long Sutton Hockey Club members and invited guests finally got to see the results of a £200,000 project to replace its existing astroturf pitch with a new one.

The club, along with Long Sutton Community Sports Association, unveiled the new pitch during an official opening day at Peele Leisure Centre on Sunday.

A junior training session, led by men's first team player Josh Baker, was followed by the official ribbon cutting ceremony which brought current first team captains Tania White and Stefan Fox together with past and present directors of the association.

The new pitch, now in place three years ahead of the club's centenary in 2023, replaced the original surface which was opened by retired athletics coach and broadcaster Stuart Storey in October 1997.

White said: "We're very excited and pleased that we've finally got to this stage because we've been waiting for a long time to see this happen.

"It's been very time-consuming, from putting funding bids in to the organising of fundraising events, with a lot of time and effort having gone in from quite a lot of people. 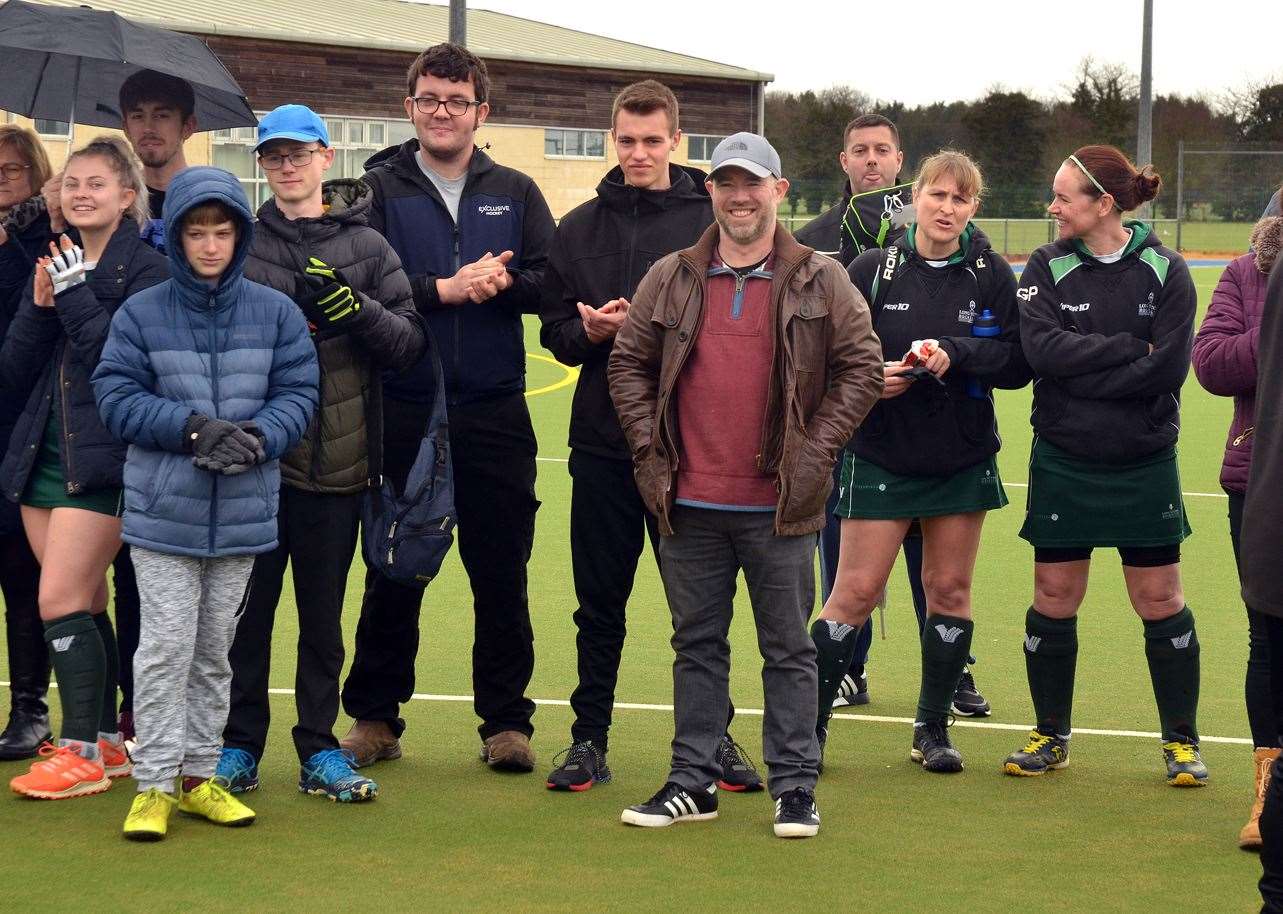 "The surface is lovely and it's great to be able to see the younger players getting to play on the pitch, putting into practice the skills they've learned throughout the season."

The team of people at the heart of the project has included club chairman Lorraine Wallis, club president Ian Canham, directors of the association, including Ray Reims and Nick Worth, alongside a fundraising committee chaired by Lynne Braginton.

Also recognised during the day were past directors of the association, Peter Worth and Stewart Wright, both of whom were part of the ribbon cutting party.

Mr Worth said: "Long Sutton has always been a very strong, family-orientated club and we have a very strong junior section, with a number of youngsters in our men's and ladies' teams.

"When we built the old pitch, which lasted nearly 23 years, Peele Leisure Centre wasn't even there.

"But the pitch became very bad and so a few years ago, we started this project to replace it."

Current director Nick Worth said: "For a small town like Long Sutton, this facility punches well above its weight and all the community, including the hockey club and University Academy Long Sutton, should be rightly proud of this magnificent pitch.

"As a community sports association, we always have to think about the future and we know there is a massive challenge to ensure we save enough money to guarantee a new surface in 15-20 years' time.

"However, we have an excellent business plan which we will be monitoring on a monthly basis to ensure we meet our financial targets.

"For many of our young people, the cost of playing hockey means it can be difficult to make ends meet at times.

"That is why it is so hard for small rural clubs to raise such substantial sums.

"We have, however, risen to the challenge superbly and we have a magnificent new surface as a result."

Before taking part in an exhibition match on Sunday when Long Sutton ladies' 1sts met Ipswich ladies, Wallis said: "As chairman of Long Sutton Hockey Club, I am extremely proud at what has been achieved.

"A relatively small hockey club has succeeded in replacing the artificial turf to ensure that hockey can now be enjoyed locally for the next 10-15 years at least.

"It is a huge achievement, but one that has taken an awful lot of hard work to get here.

"On behalf of the hockey club, I want to thank all of the people and organisations that have made this possible - Sport England, National Hockey Foundation, Alan Boswell Charitable Trust, Gedney Wind Cluster and Sutton Bridge Power Fund, club member Adam Pack who ran the London Marathon last year, players, ex-players, family members and friends of the club who have also contributed so generously.

"A huge personal thank you to our own fundraising committee, headed up by Lynne Braginton, who got the ball rolling and came up with a number of different ways to raise money.

"There is also another person that I would personally like to thank from the bottom of my heart, someone who has contributed hugely to the success of the project.

"From securing the grants, to dealing with all of the additional paperwork required once the grants had been confirmed, ensuring that the money was

able to be paid, to managing the day-to-day dealings of the pitch going down.

"I truly believe that without the input of our president Ian Canham, we would not be here celebrating the opening of this new pitch."