The president of Long Sutton Hockey Club believe its new, £200,000 artificial pitch is proof of how the town 'is punching above its weight".

Ian Canham's role in overseeing grant funding and the installation of the pitch at Peele Leisure Centre was recognised at an official unveiling of the facility on Sunday.

Mr Canham said: "From my point of view, I've lived in and around South Holland all my life.

"I was brought up in Fleet, while my family come from Holbeach, Long Sutton and Sutton Bridge.

"There aren't many people in Long Sutton who haven't played for the hockey club or who don't have their lives associated with it.

"It's not just a place to play sport, it's a social gathering place that marriages and lifetime friendships have come out of.

"The idea of Long Sutton losing its hockey pitch, and the hockey club itself, isn't something anyone wanted to complete.

"Everybody has raised funds and come together as a community to make sure that the new pitch finally came to fruition.

"Lots of people give their own time up, even people who gave a fiver to have their cars washed.

"The community spirit which the hockey club generated and tapped into has resulted in a facility that Long Sutton can be proud of.

"For a small town on the edge of the Wash to have a hockey club shows that it's punching above its weight."

. The new hockey pitch hosted an exhibition match between Long Sutton ladies' 1sts, fourth in Division 2NW, and an Ipswich team that included a number of players from the Investec Women's Hockey League.

Sutton knew they were in for a tough game but were determined to enjoy it and take valuable experience from a side who play a number of leagues higher. 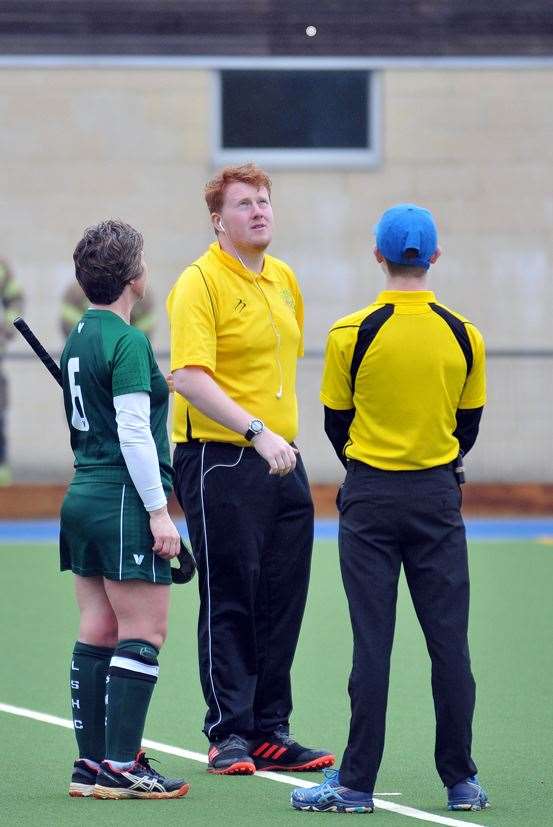 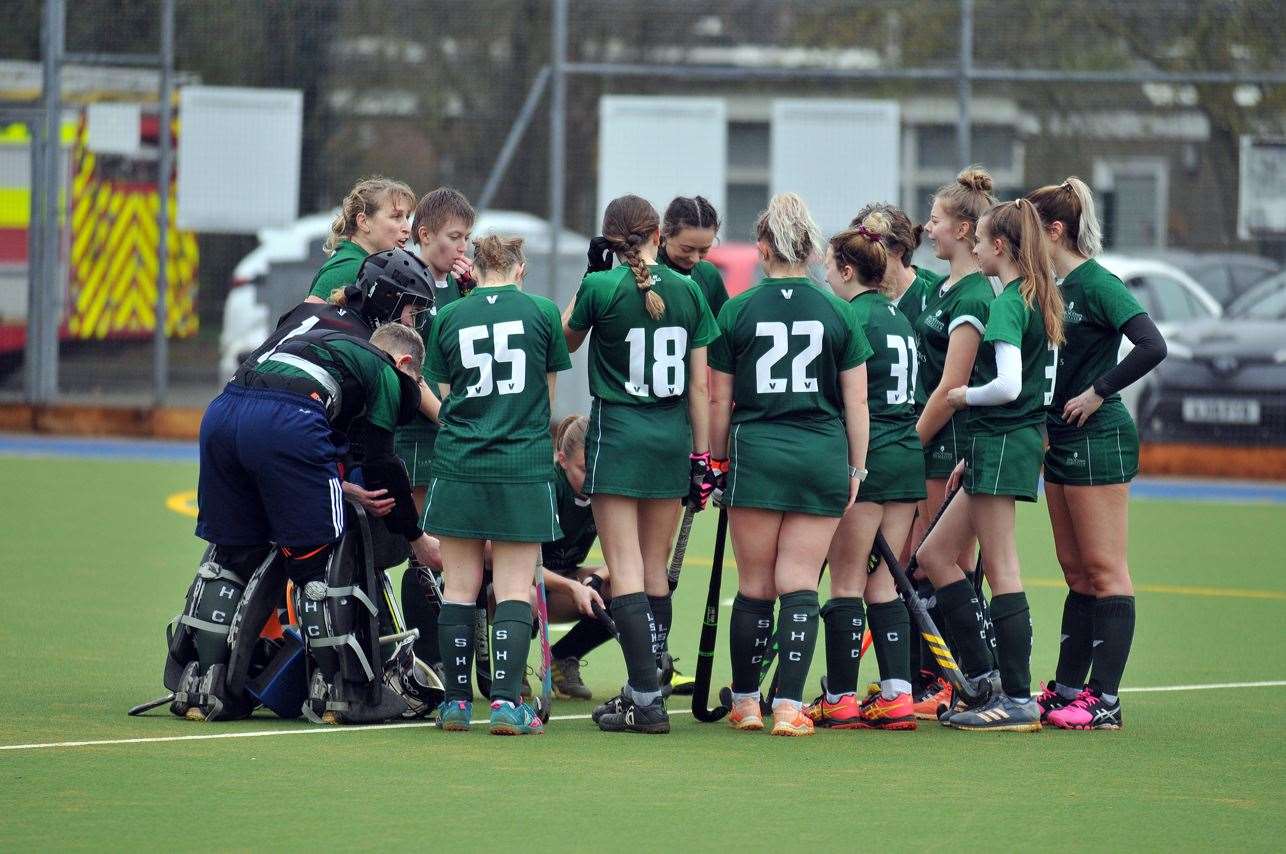 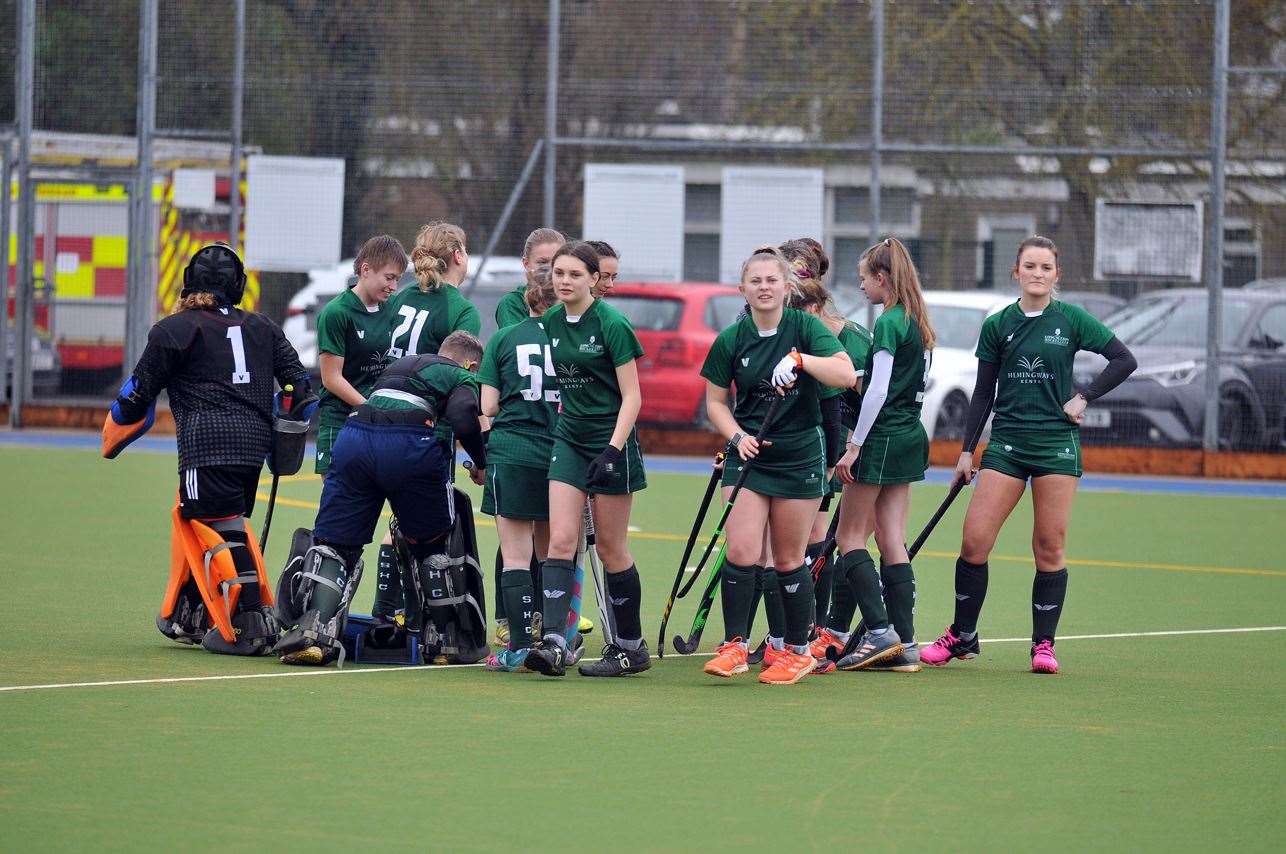 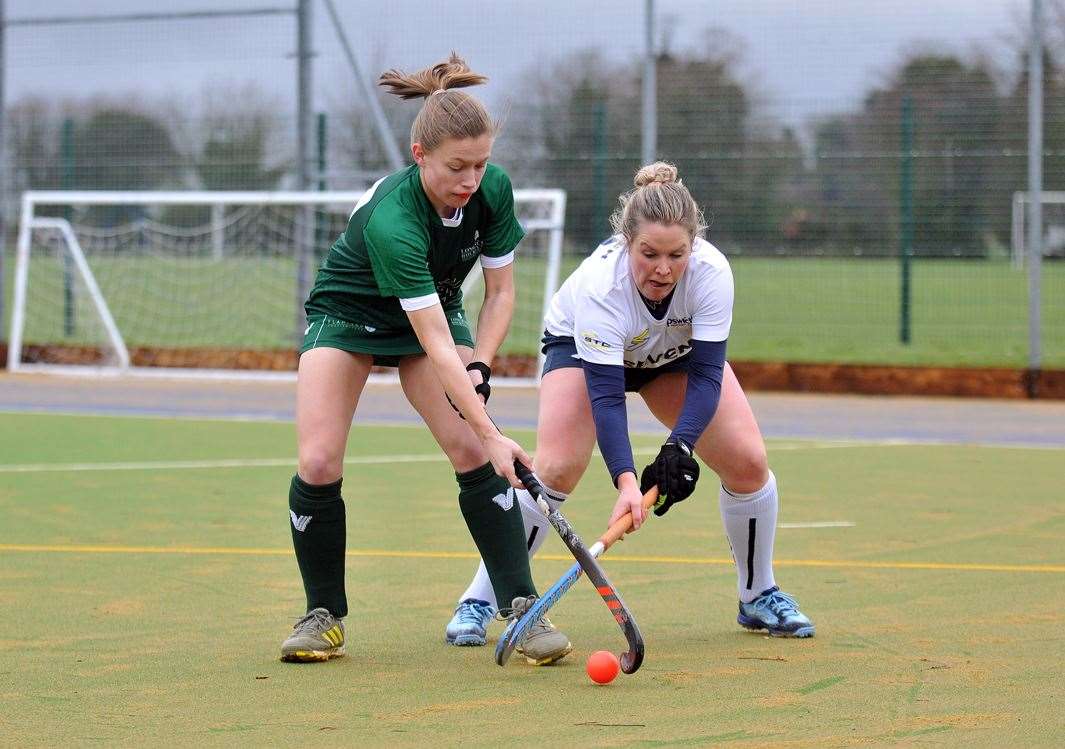 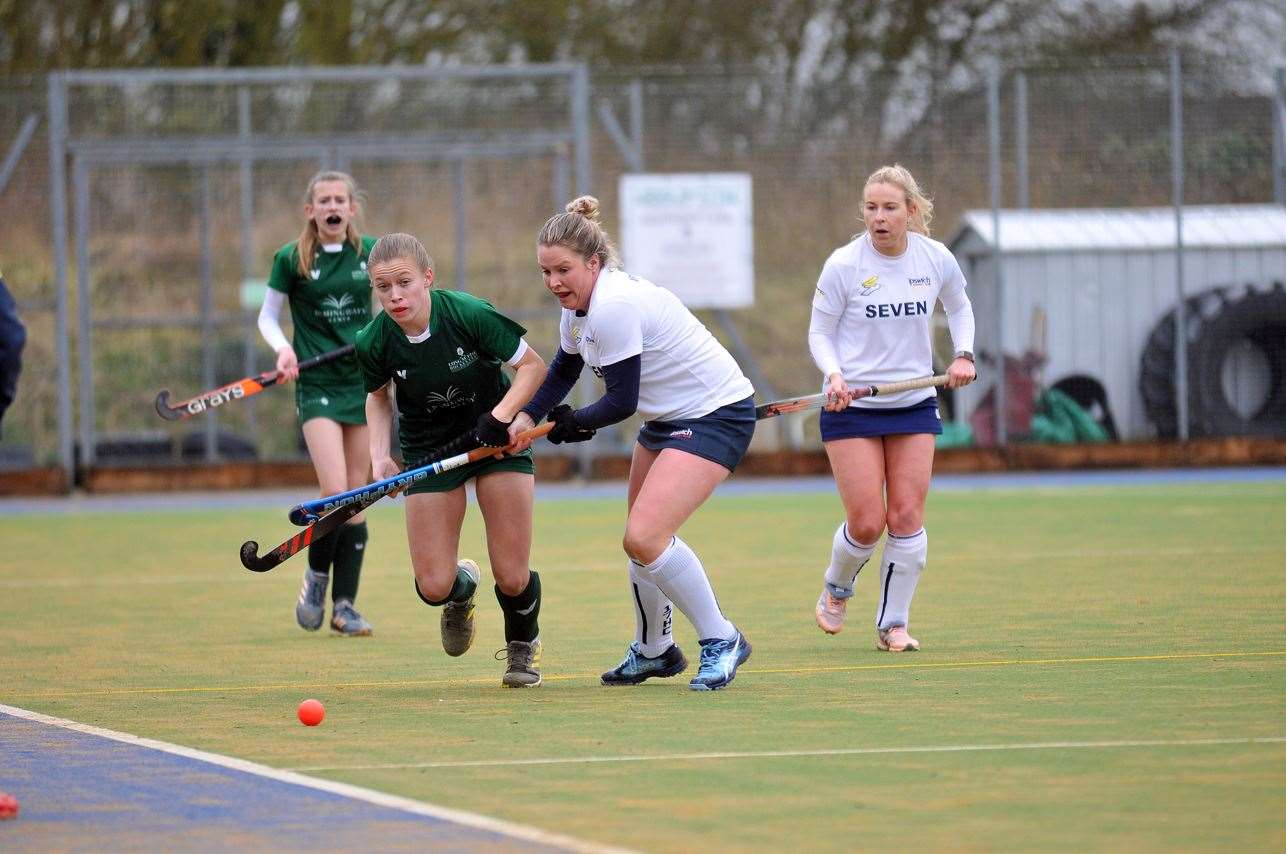 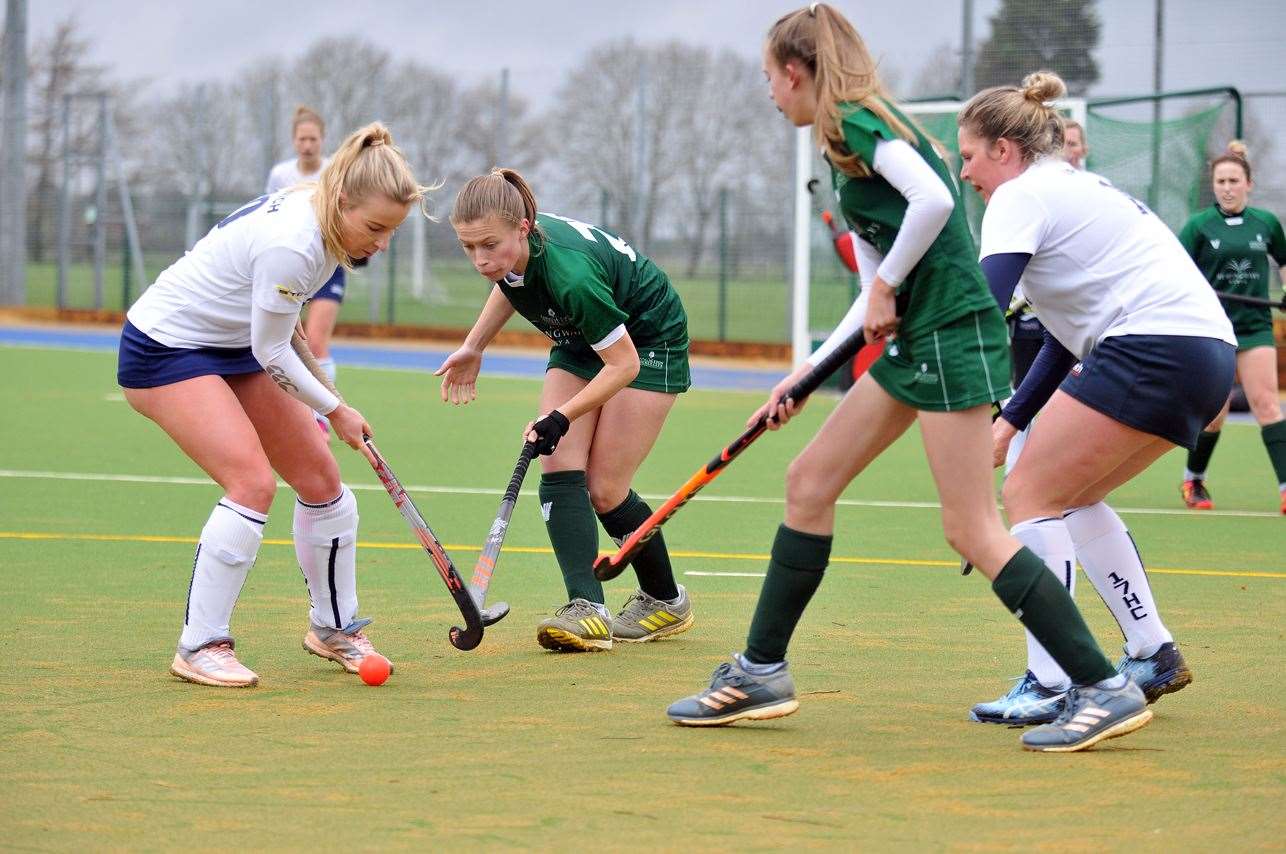 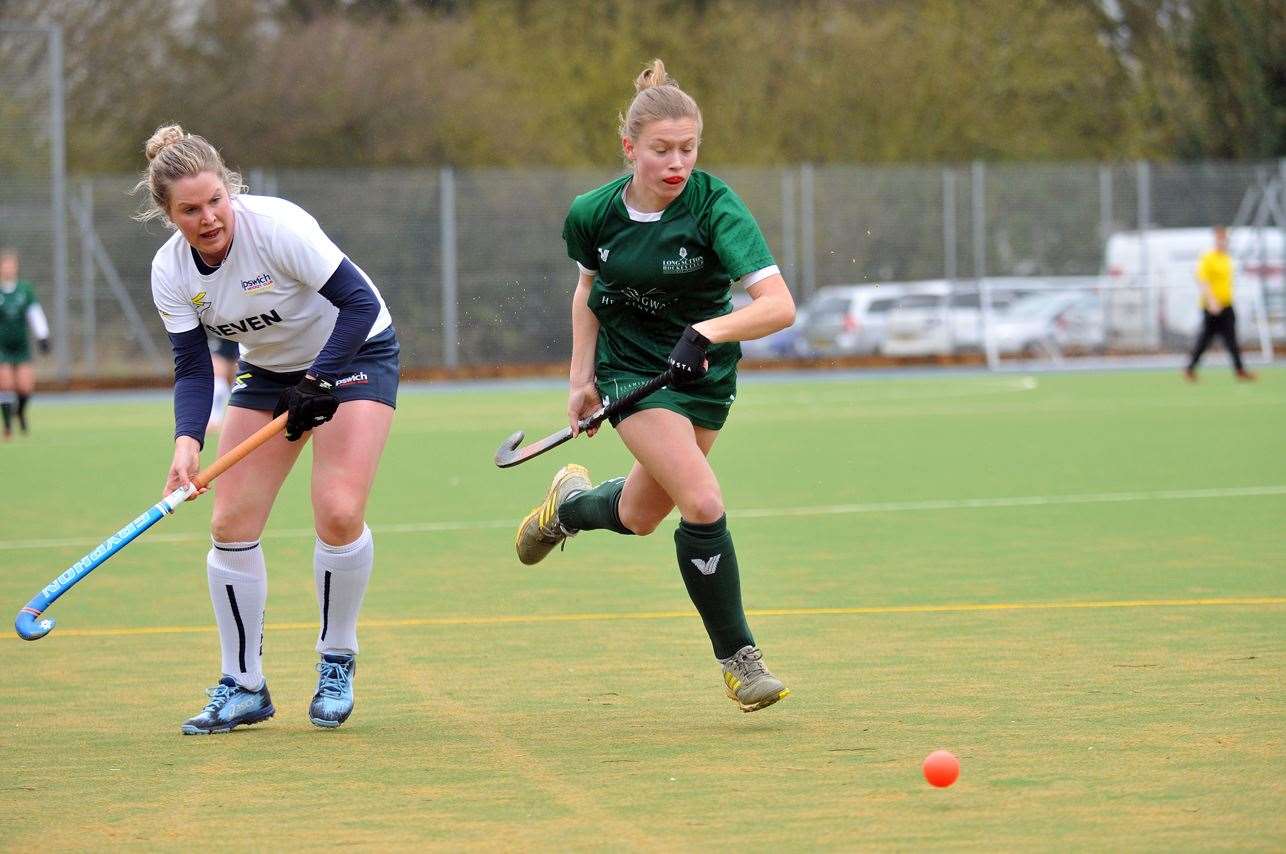 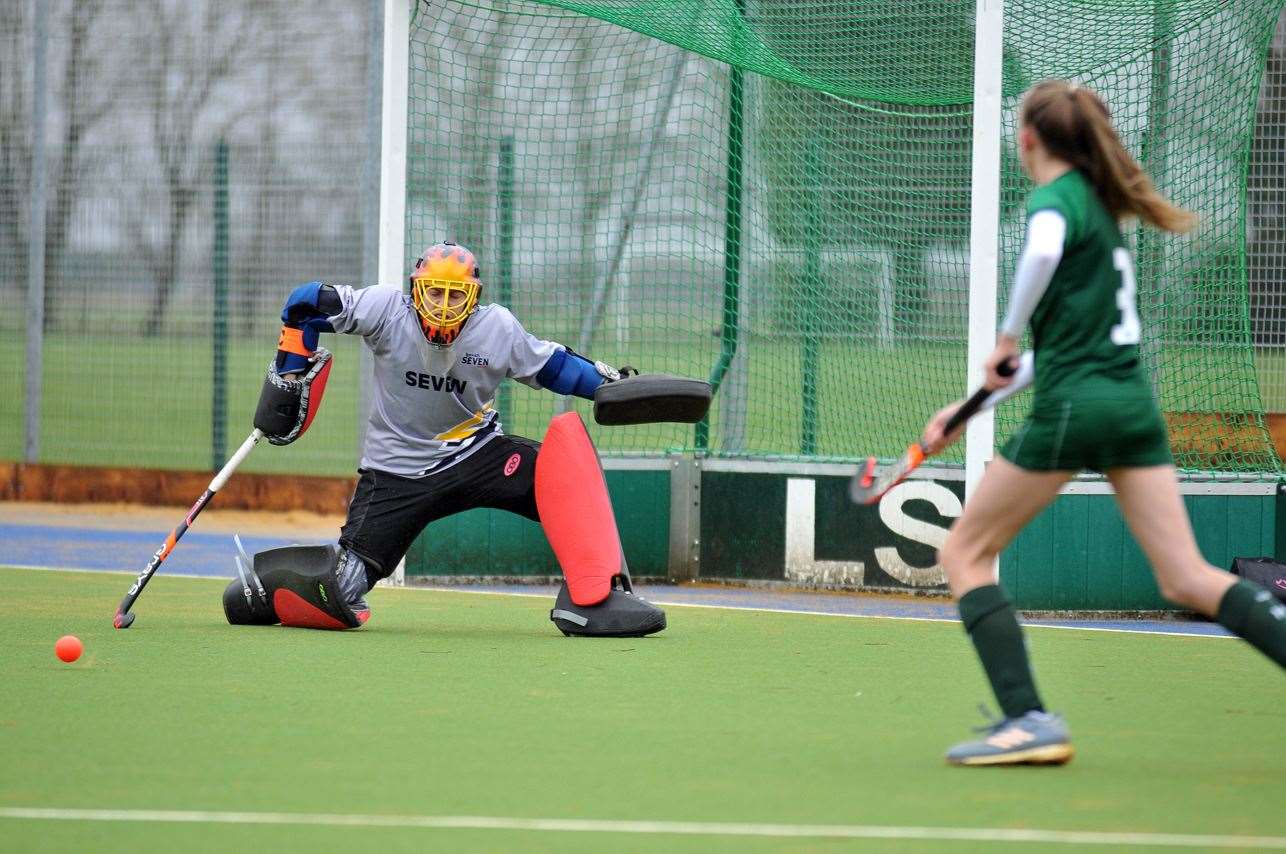 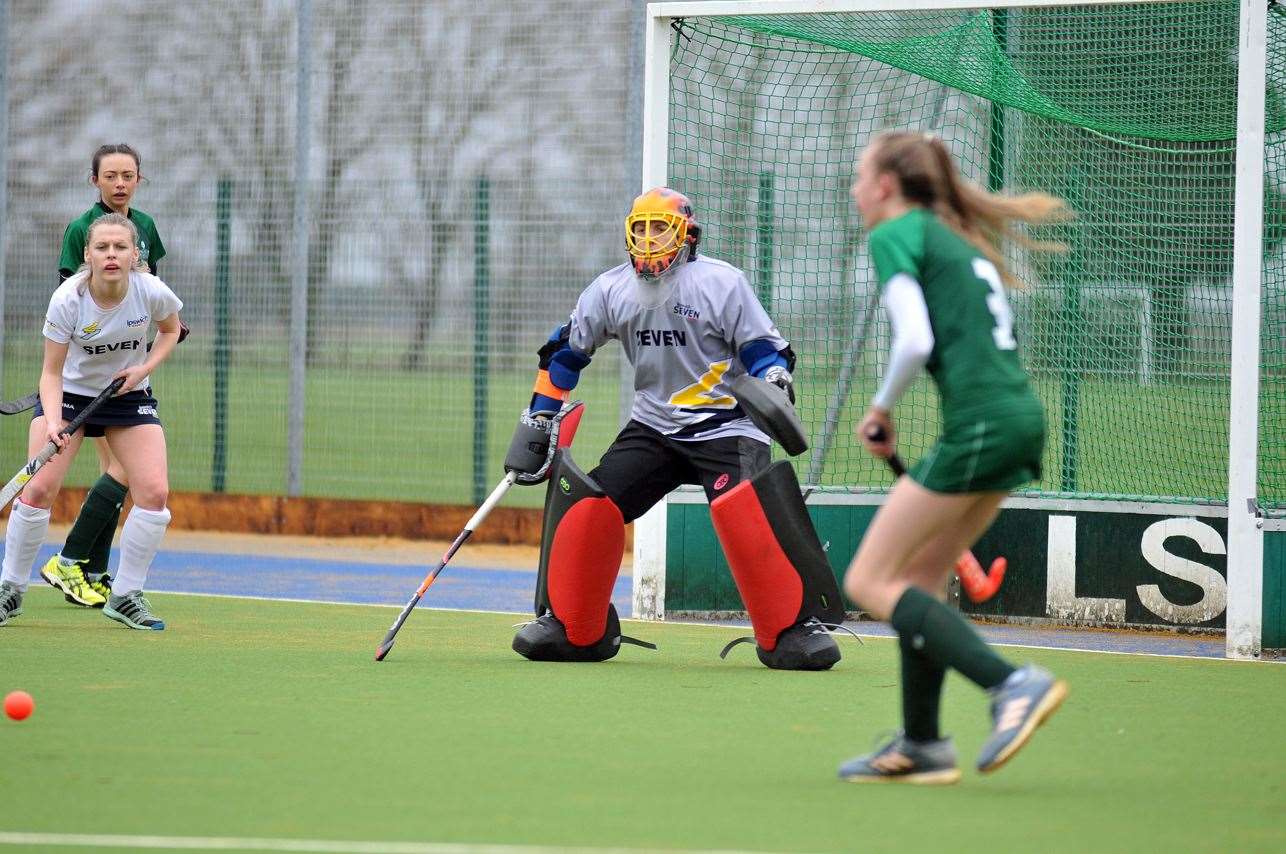 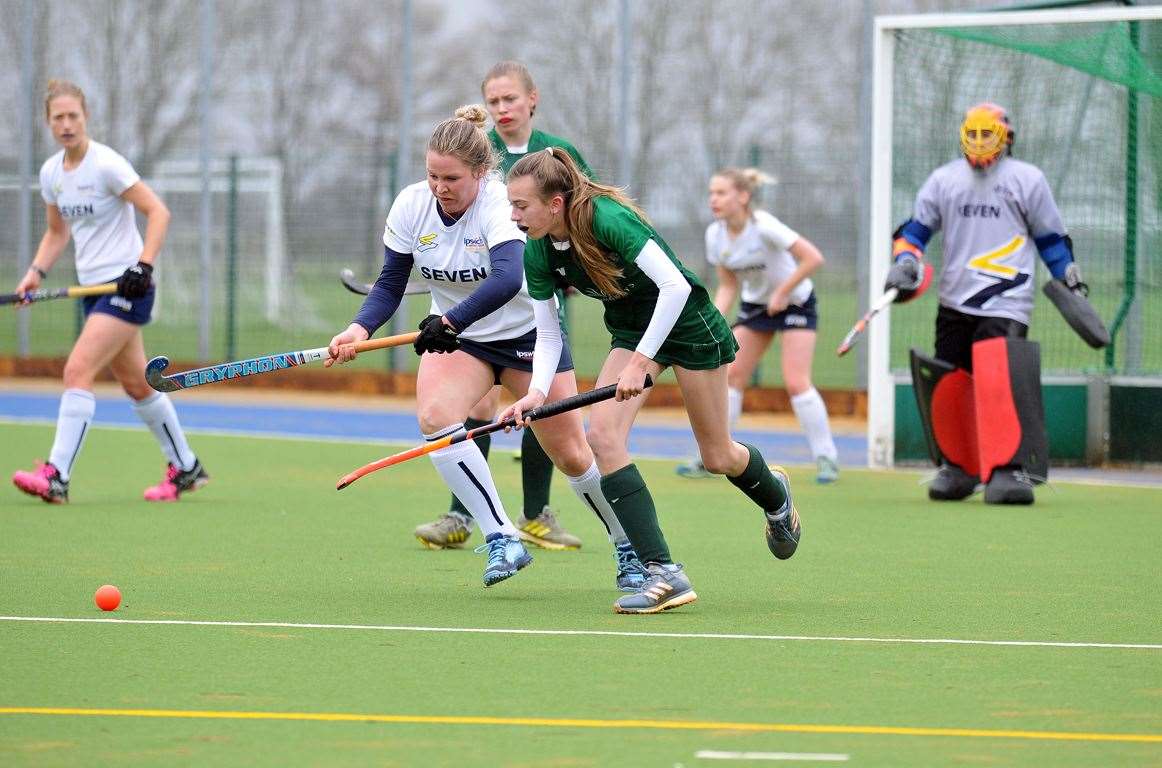 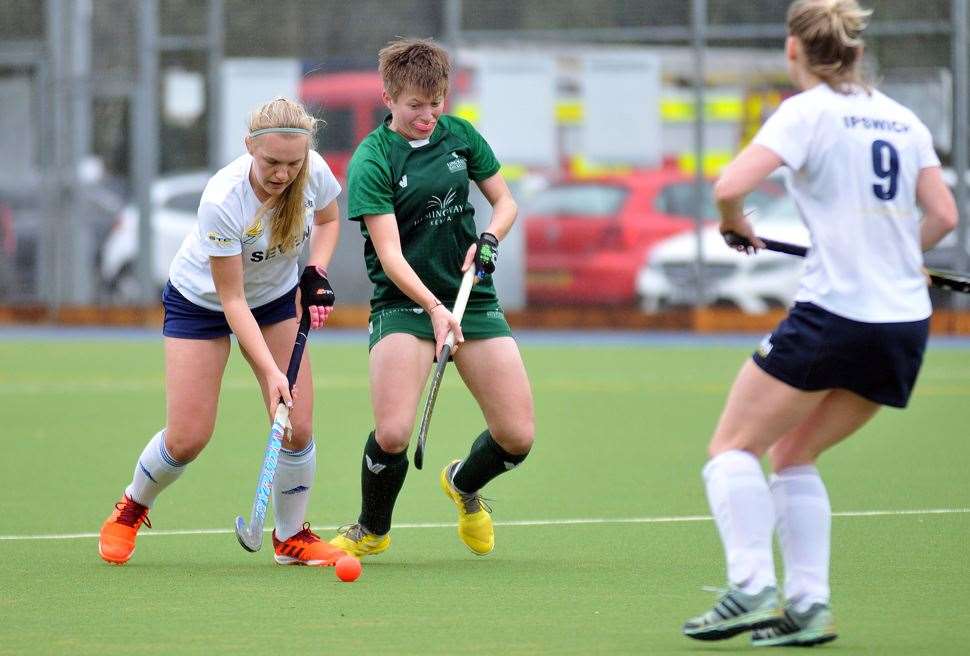 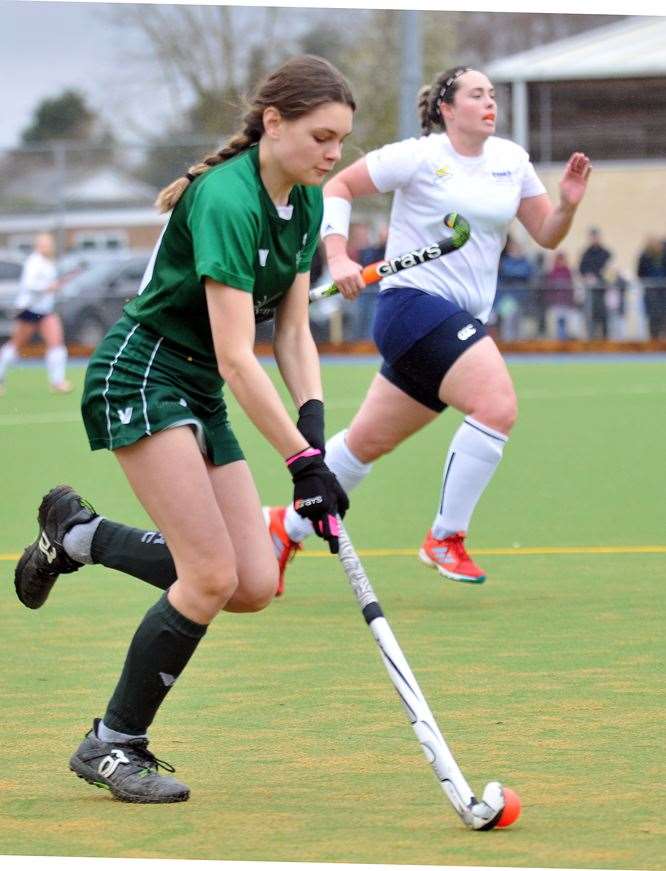 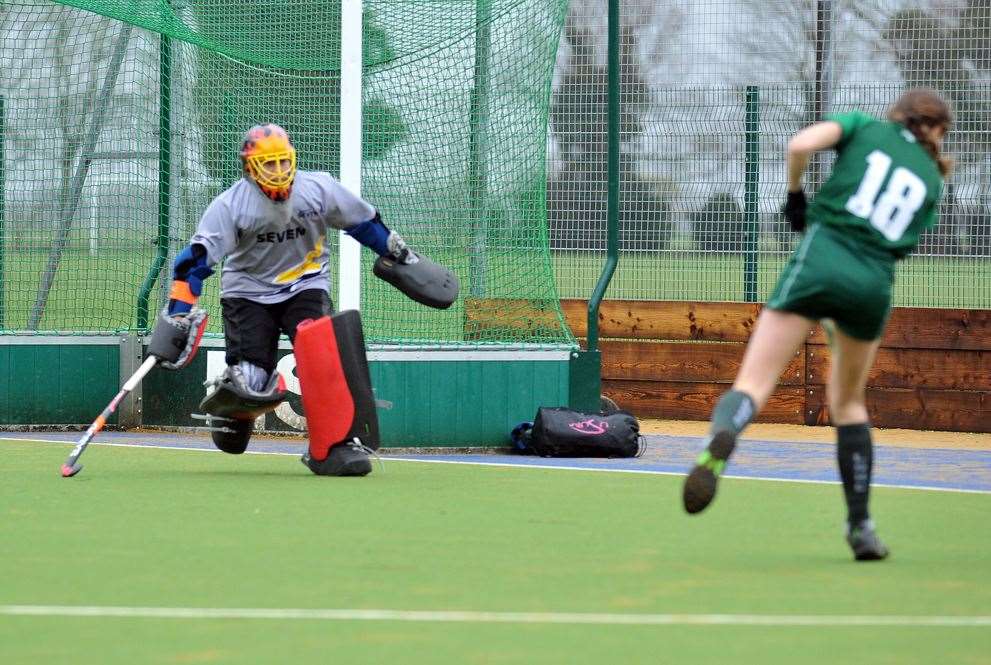 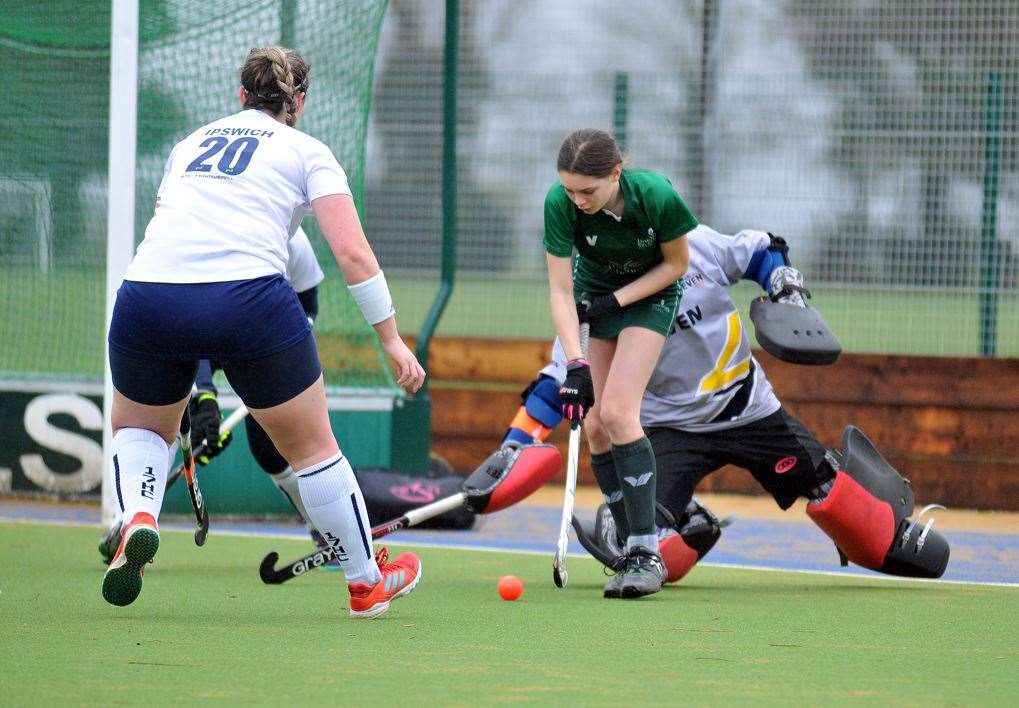 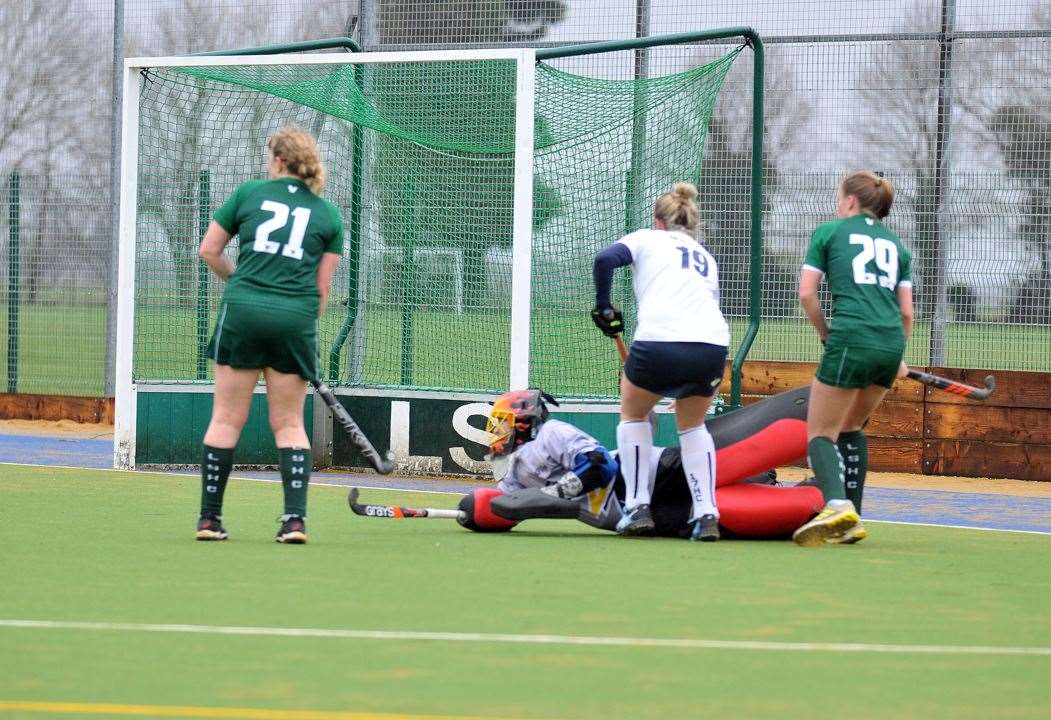 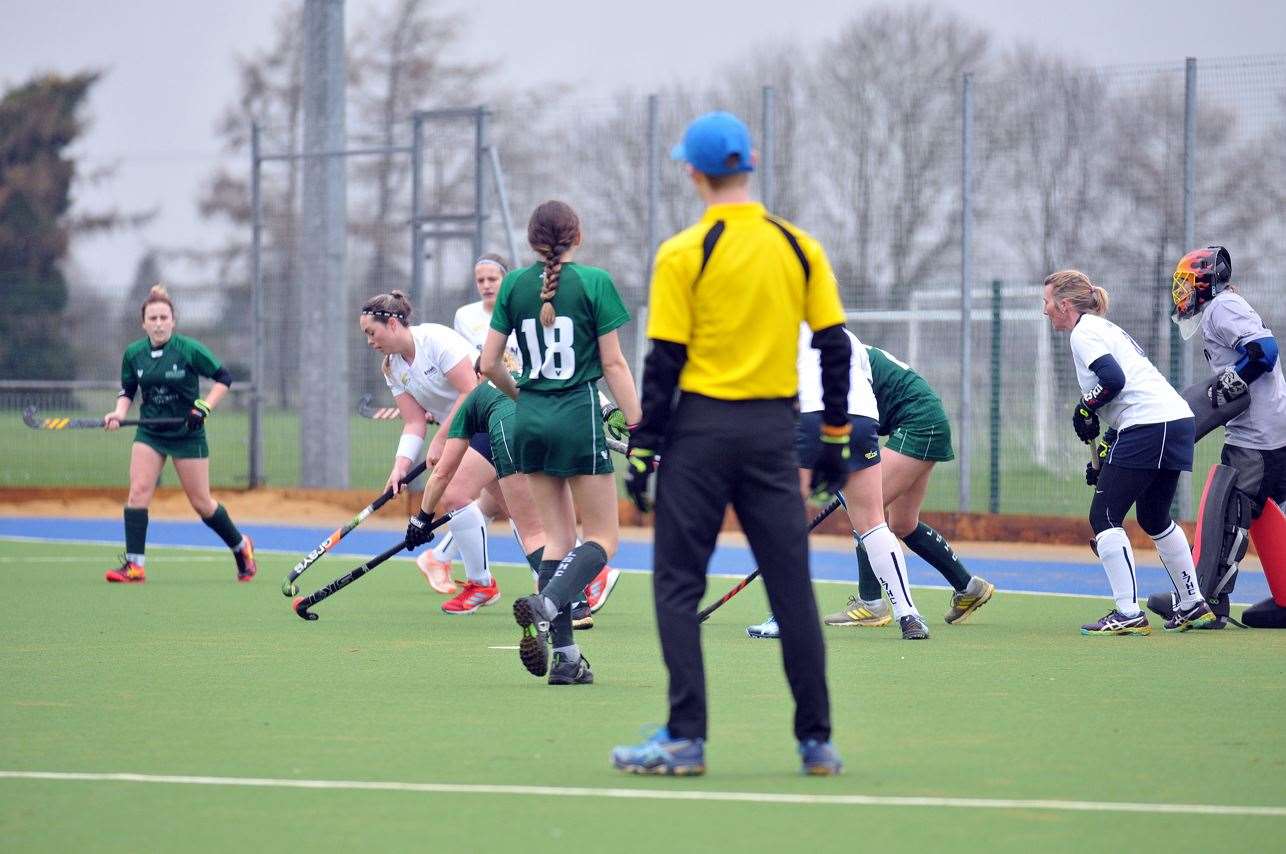 Despite this, Sutton took the game to Ipswich and for the opening period it was difficult to see which side were the higher-placed team in the league structure.

Katie Collingwood-Smith got stuck in with tackles, while Emmy Gittins linked up well with her twin sister Connie to put Sutton on the front foot.

Indeed Ipswich's national league goalkeeper Alice Barham had to be on high alert to keep Sutton from taking the lead.

With Lucy Smith on the left-hand side of defence having an impressive game, Sutton were not giving anything away to an Ipswich side that found the home side's defensive unit of captain Tania White, Maisie Sullivan and Lisa Baker in no mood to concded.

Meanwhile, young goalkeeper and Sutton 2nds' captain Emily Braginton showed she was more than capable of playing at this level, keeping out all that came her way.

With a squad of 15 to choose from, Sutton were able to bring on reinforcements, including Charlotte Walsh, Imogen Cooper and Esme Whitelam who all slotted in to their roles well.

So much so that with almost her first touch, Cooper drove at Ipswich down the right flank and almost gave Sutton the lead.

At half-time the team talk was positive, although they knew they would have to continue to work hard to keep out an Ipswich side who were obviously keen to show their superiority.

Ipswich started the second half strongly and after a driving run from midfield, the ball was fired into Sutton's D where a smart deflection took the ball past substitute goalkeeper Lorraine Wallis.

Sutton continued to work hard and Amber Jones was playing intelligently at left midfield to try to link defence with the attacking duo of Connie Gittins and Hannah Baker.

Gemma Parr was working hard in front of the back four to mop up any attacks that Ipswich could mount, although they did breach the home side's D and win a number of short corners against a tiring Sutton defence.

However, Sullivan was able to thwart the Ipswich threat and even with a changed short corner defence which saw Emmy Gittins in an unfamiliar role, Ipswich were unable to add to their goal tally.

Overall, an excellent game played in excellent spirit and a fitting spectacle for the opening ceremony, with the man of the match choice unanimously given to Lucy Smith after an excellent performance.