Knights boss Lewis Thorogood took encouragement from the goal threat which his side showed despite slipping to a fourth successive defeat in the Kingfisher Lighting United Counties League Cup on Saturday.

Pinchbeck were beaten 2-1 by visiting GNG Oadby in the Premier Division group clash at the Sir Halley Stewart ground.

After failing to find the net in their opening three cup matches, Craig Newstead finally broke the Knights' duck with a goal just before the half-hour.

And the home side created enough chances and showed plenty of attacking intent to please their manager despite the defeat.

Thorogood said: "I can't be pleased because we have lost the game 2-1 but it's as satisfied as you can be with a defeat.

"We showed a reaction going forward and we looked to take the ascendency and took a bit of control.

"I was really pleased with that and the most important thing was that we looked like we were going to score goals.

"It was the most encouraging thing because we have been lacking that all the way through this period. There were lots of positives and it's something to move forward with."

The Knights again conceded an early opener as a powerful surge from Lamar Parkes picked out Dyavs Gohil-Patel at the back post and he drilled home a low finish after just five minutes of the contest.

Cameron Powell then curled an effort narrowly wide minutes later after another strong burst by Parkes before Pinchbeck grew into the contest.

After rarely threatening the visitors' goal in their two previous home matches against Harborough and Rothwell, they came close to scoring on a number of occasions.

Joe Melson fired over after skilfully dancing his way past a couple of tackles before Jack Wood shrugged off a challenge only to be thwarted by a decent block from Oadby goalkeeper Charlie Andrews.

Andrews then had to be at full stretch to tip away a curling shot from Wood and, although Oadby cleared the corner, Jack Brown picked out Harry Machin with an astute pass only for his low shot to be smothered by Andrews.

The visitors then burst forward and Bahada Sandhu's cross picked out Matt Baird who slipped past a challenge and beat keeper Ben Martin to the ball before turning home past the covering Pinchbeck defenders on the line.

Despite conceding at a crucial time when they had looked to be getting back in the game, the Knights scored their first goal in the competition four minutes later when Wood's flicked through ball set Newstead free and he fired a strong finish past Andrews.

Clear-cut chances were then few and far between after the break with Wood seeing another shot saved by Andrews and Machin heading wide.

Parkes was a constant threat for the visitors and he saw a goalbound effort headed away by Josh Burkitt late on as Oadby kept the hosts at bay to secure their third win from four outings.

Boss Thorogood added: "We have gone behind early again which of course is disappointing because we could have done better as they overloaded us and we allowed that to happen.

"We then conceded a silly second goal and, had we been a bit sharper and clinical in front of goal and put one of our chances away, then it changes the picture totally.

"We still kept going in the second half and what I can take heart from is that we did work from zero to 90 minutes." 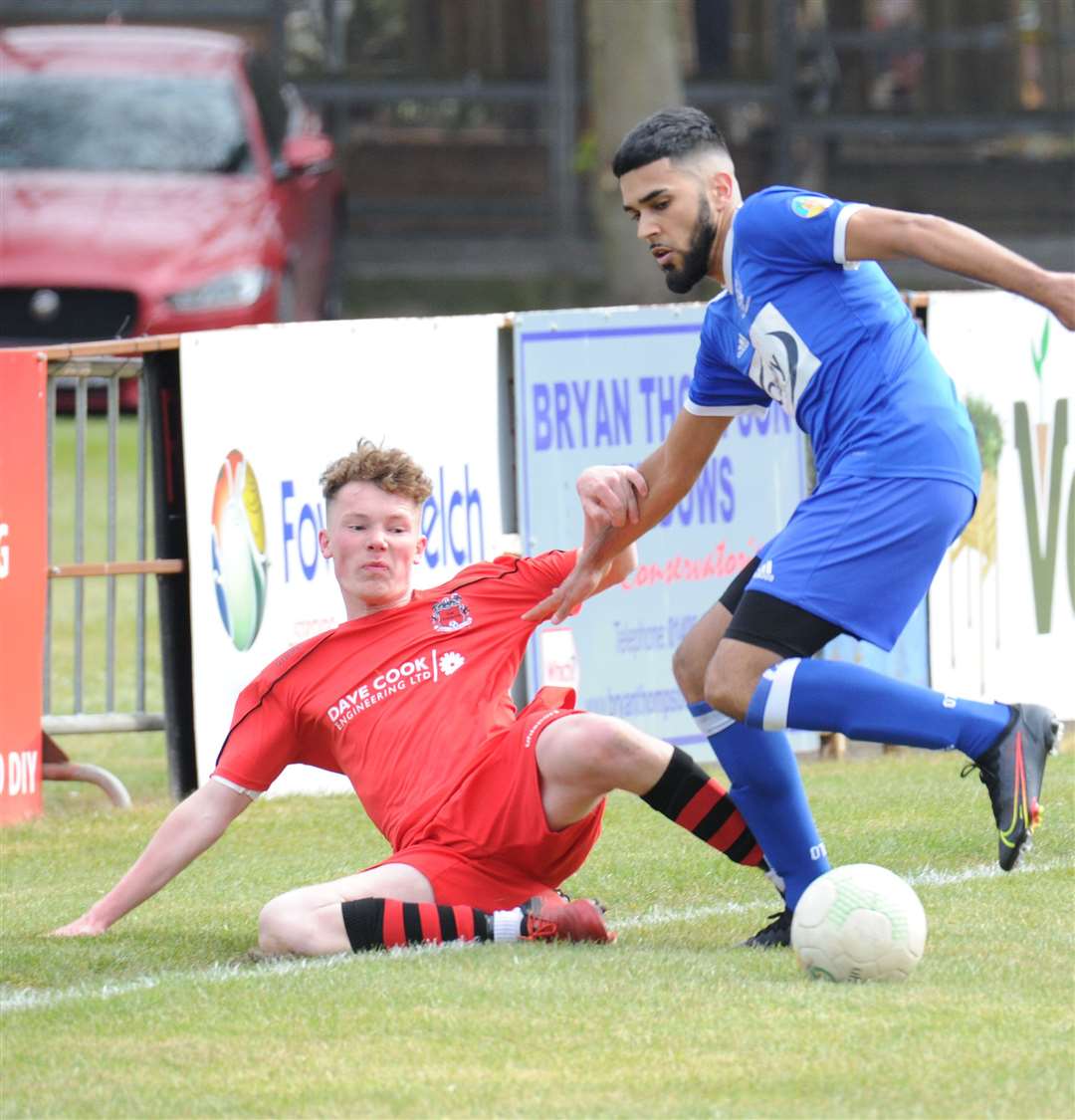 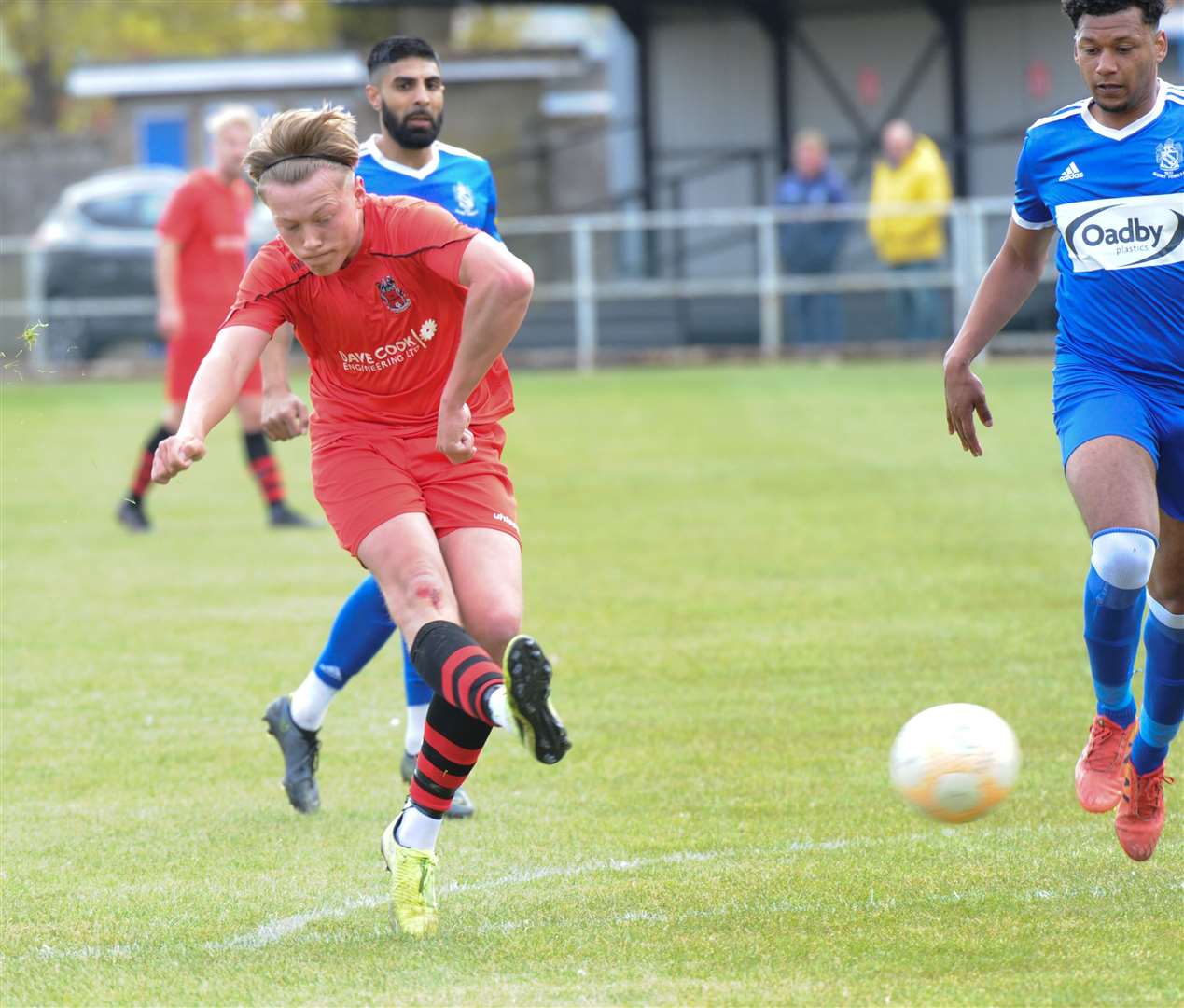