Round-up of the latest action in the Peterborough Junior Alliance

Moulton Chapel Under 14s hit a rich vein of goalscoring form to secure their first victory of the Peterborough Junior Alliance's Hereward Cup campaign on Sunday.

They ran out emphatic 10-1 winners away at near neighbours Pinchbeck United Sports with Dovydas Jencius hitting a hat-trick for Chapel.

Spalding United are still seeking their first win in the same competition after a narrow 3-2 home reversal against Park Farm Pumas.

Deeping United Red went down to an 8-0 defeat at Thorpe Wood Rangers in the same group while Thurlby Tigers claimed derby delight against Bourne Town Claret.

They ran out 4-0 winners thanks to goals from Fynn Seggie (2), Zak Brown and Ted Ash.

Goals from Will Hughes and Alex Evans ensured Deeping Rangers Blues made a return to winning ways in the League Cup after a 2-1 home success over Netherton United.

Holbeach United Black are still looking for their first points in the same section after a 4-2 home defeat against Peterborough Northern Star Red.

Spalding United Blue and Holbeach United Black Under 13s both netted their first wins of the League Cup campaigns.

The young Tulips defeated Feeder 2-0 thanks to goals from Dawid Maksay and Artjoms Sonnis while the Tigers were 2-1 victors over Park Farm Pumas Black following efforts from Charlie Mason and Theo Maxwell-Rutty.

Deeping Rangers Claret went down a 6-1 home reversal against Netherton in the same group with Rhys Morgan-Plowright scoring their goal.

Harvey Wilkes produced a five-star performance for Deeping United Blue as they beat Thurlby Tigers Orange 11-0 in the Hereward Cup.

Joshua Lang hit a hat-trick with Toby Turner scoring twice and Jayden Bembridge also on target for a rampant United side.

Pinchbeck United Sports were also in the goal groove as they returned from Thurlby Tigers Black with an 8-2 success.

Johnny Cottage was again among the goals for the Wakes with a hat-trick while Owen Higgins (2), Joshua Healey, Shay Buckley and Georbin Biloy-Puthenpurayil also netted.

Holbeach United Yellow are yet to get off the mark in their group after a 3-1 away defeat at March Academy Blue. Hayden Quantrill scored their goal.

Sutterton-based British School of Sports made it back-to-back wins in the Under 12 Hereward Cup after a 4-0 away victory at Park Farm Pumas Black.

Spalding United Yellow secured their maiden win with a 2-0 victory at Boston United Community Black while Thurlby Tigers also got off the mark in a 5-4 away win at Hampton Whites.

A penalty from Isaiah Button brought home the points for Deeping Rangers Clarets in their League Cup clash at Netherton while their Blue team club-mates were 2-0 victors at Bourne Town Red thanks to a Freddie Fisk double.

Haydon Henderson also bagged a brace with Bailey Rosenburg their other marksman.

Bourne Town Claret went down to a narrow 2-1 away loss at Yaxley Blue. 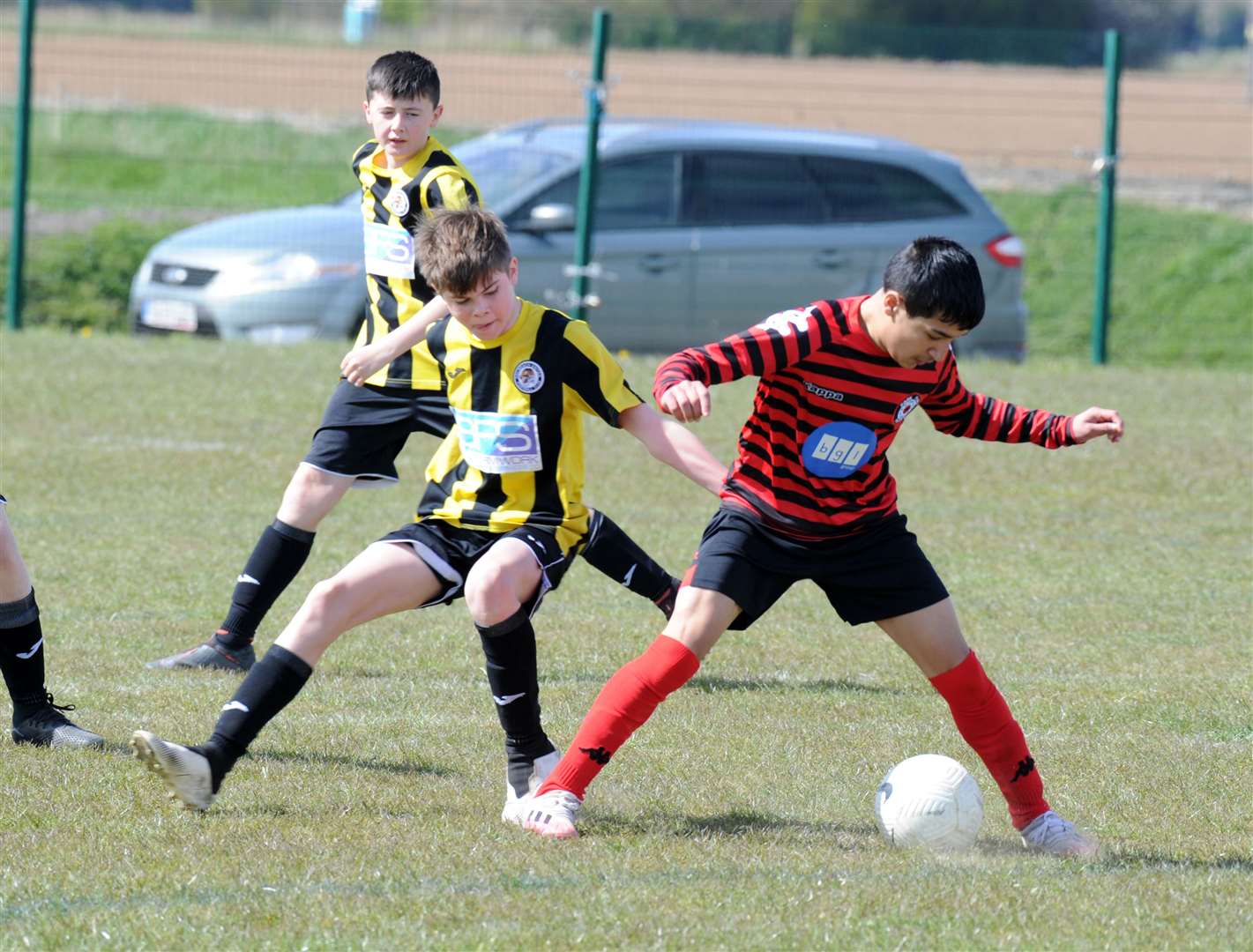