TV cameras were in Spalding’s Bourne Road yesterday as residents revealed the true cost of a relief road that could see their homes bulldozed.

That cost is all-consuming worry, sleepless nights and tears as they face a future they dread.

People from across Spalding and Pinchbeck turned out to support those living in nine homes in the firing line.

Among them was a boy of 12, Peter Bailey, protesting on behalf of his disabled Spalding teacher, Nicole Amott, who works at The Priory School.

Peter said: “My teacher lives here and this could happen to any one of us.”

His mum, Jo, said: “It’s disgusting. These people have got homes and they want to live in them. I think the council really ought to reconsider their route.” 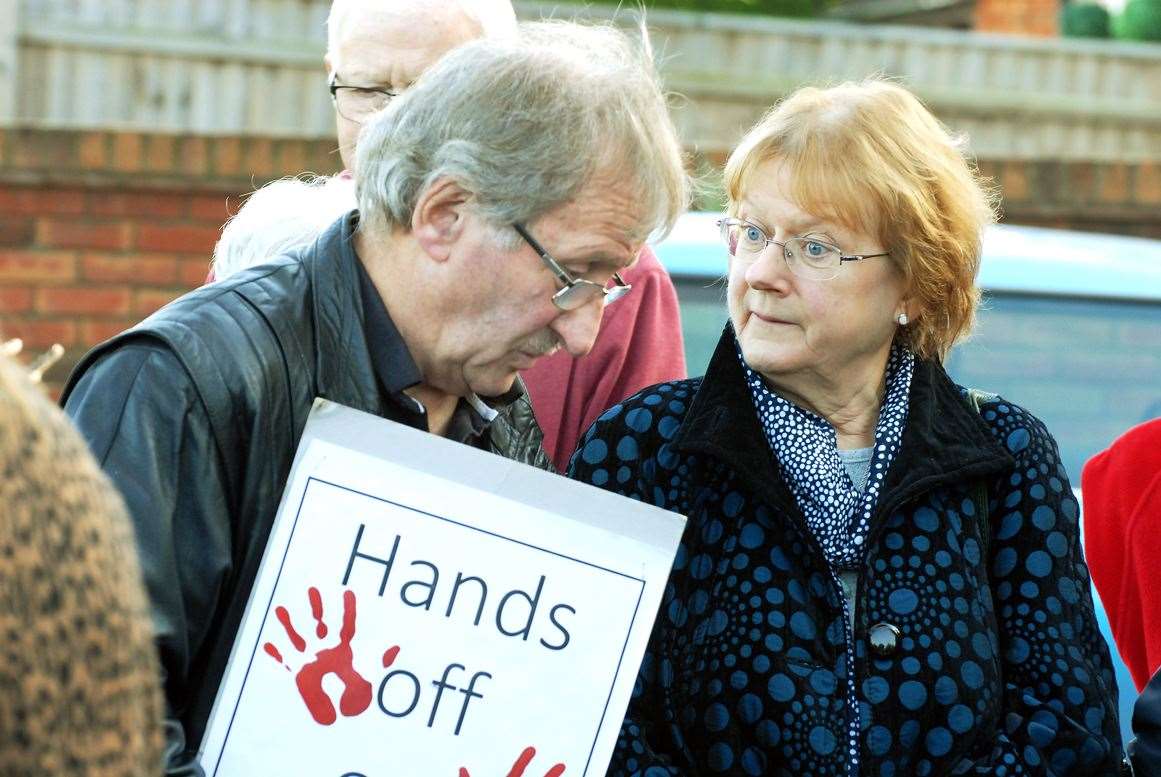 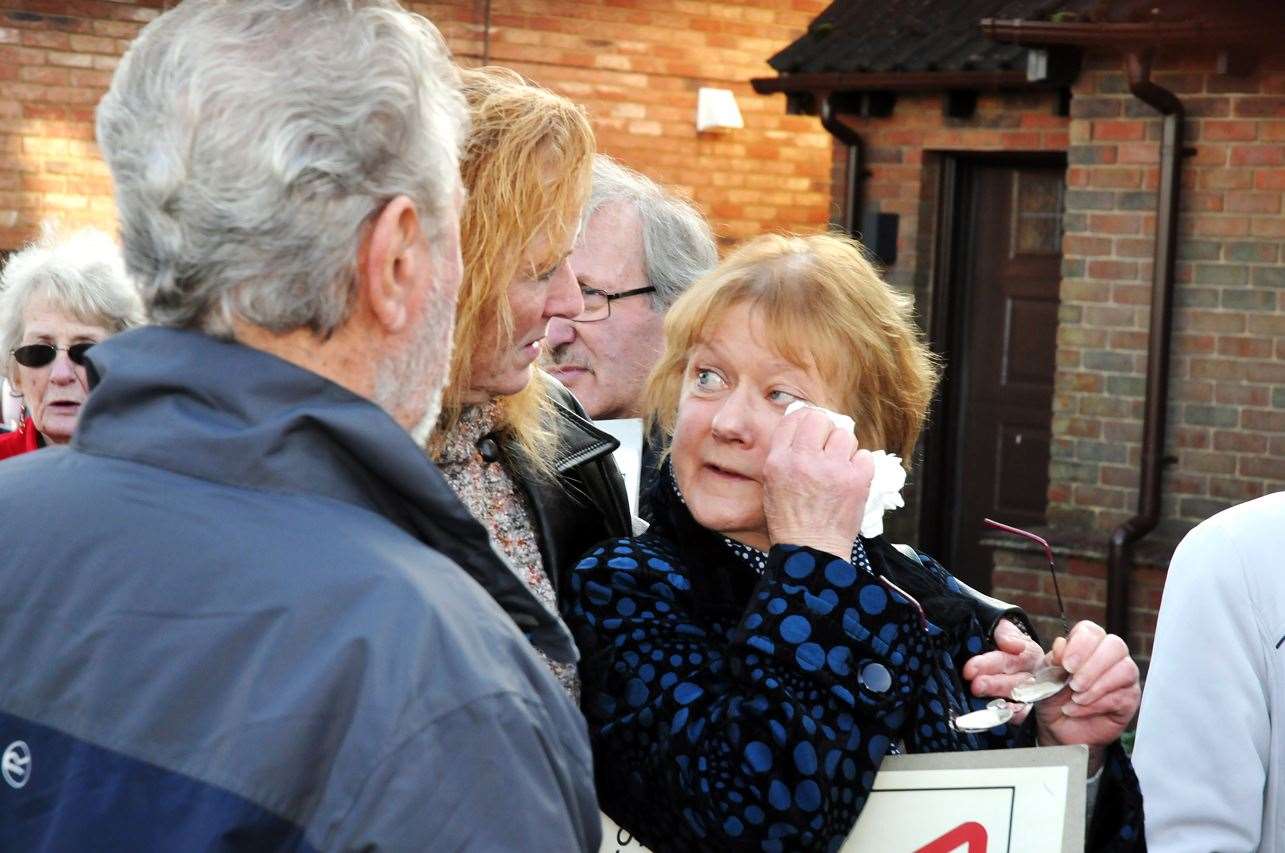 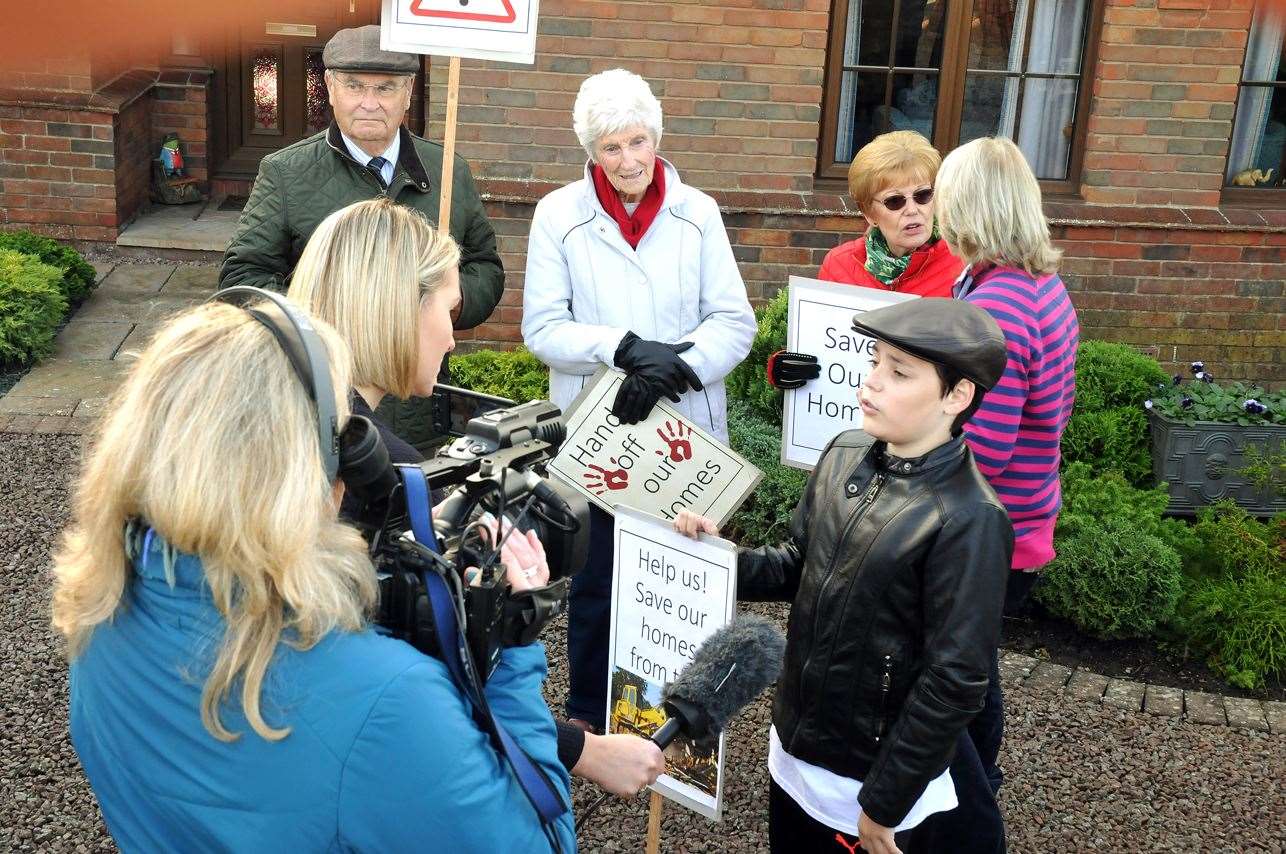 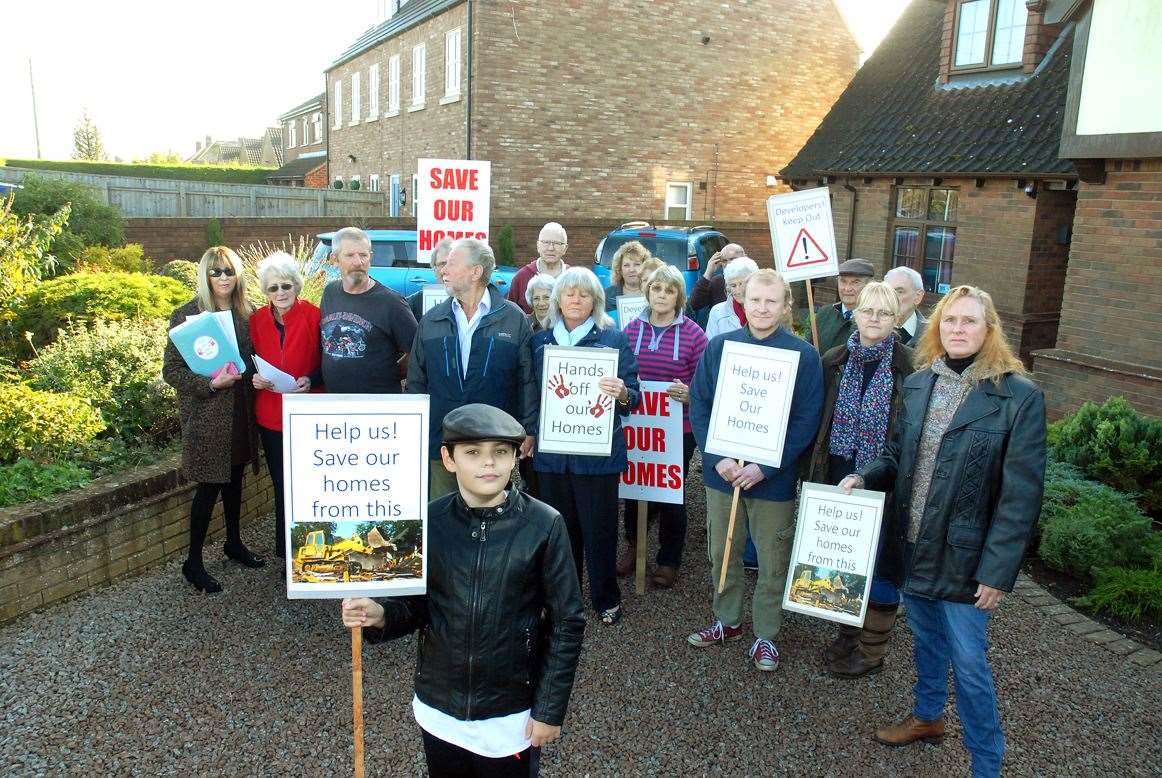 South Holland and the Deepings MP Sir John Hayes is opposed to homes being demolished and has lined up urgent talks with county council leader Martin Hill on Monday.

The Bourne Road families have faced an uncertain future since February when bombshell news was revealed at a public exhibition that their homes could be lost to the relief road.

Until then, the relief road was expected to go through allotments on a preferred route that would not have seen homes reduced to rubble.

Following protests, the county council looked at other options but revealed last week that officers recommended a route that would see five homes lost on Bourne Road – and then admitted it will be nine.

Worried resident Richard Holland said yesterday: “I’m feeling terrible and I’m not sleeping because we have got this hanging over our heads.

“We were told it was going to be a relief road and now we are told it’s a bypass. We don’t know where we stand.”

Catherine and Frank Roberts, who built their “forever home” on Bourne Road, are sick with worry and have lived behind closed doors since their worst fears were confirmed last week.

A tearful Catherine said: “We don’t want to leave the house – it’s our sanctuary. There are alternative routes. How can they be so cruel to take people’s homes?”

One protestor said: “The whole thing has been done by stealth.”

* Spalding people took injured car crash teacher Nicole Amott to their hearts when an appeal was launched to replace her wheelchair trashed in May’s accident.

There was an overwhelming response and only £800 of the £21,000-plus bill remains to be raised.

Comedian Jason Manford also asked his fellow "charity ninjas" to back the appeal.

Nicole and her family are very grateful to everyone who contributed so generously.

Nicole has taken delivery of the wheelchair but it’s not a dream ending to her story because she is one of the Spalding Bourne Road residents who could see her home demolished.

Today Nicole’s mum, Sally Mason, will host a fundraising event at her home, 24 Meadway, Spalding, from 10am-4pm, in a bid to raise more cash to pay off the outstanding balance on the wheelchair.

Sally said it could be 10 or 11 months before Nicole is likely to get another car that is capable of being driven by Nicole while she’s seated in the wheelchair.

But, more worrying, is the threat to Nicole’s home, which she shares with husband Lee and toddler son Joseph, and the fact that she’s still troubled after breaking both legs.

Sally said: “She’s still in pain – one leg is healing and the other one hasn’t healed. She is still on lots of pain medication.”

The mum explained that Nicole can’t just move anywhere becauseher home has had a series of adaptations and the same would be needed again if she were to live elsewhere.

Sally said: “With the road going through her bungalow, that’s more stress that she’s got to deal with.”

She said the family wants to make further improvements but daren’t spend money if the bungalow is to be lost.

Last week, Nicole spoke about how her home has been adapted to meet the needs of a wheelchair user.

The Priory School teacher said then: “It is beyond belief that compulsory purchase orders are even a thing, and that anyone can rip your security out from under your feet.

“It won’t be as easy as pick a new house and move for us – I need certain adaptations before I can even get in through the front door.”

She said while the county council were saying nothing had been decided, it all felt “pretty final” to her and it was upsetting.