The truck pull event saw contenders split into two teams of seven, each pulling a 7.5T DAF CF truck the length of Bruntingthorpe Airfield (1.5 miles) in under 20 minutes.

Harry Jones and Aaron Wild from Spalding were among the participants, as were apprentice coordinator Lee Sursham and company joint managing director Tim Strevens.

Speaking after the event, Lee Surshamsaid: “The important part of the apprentices getting to do events like this is feeling part of a team, part of the Ford & Slater family. I think to get to pull a truck alongside the MD is invaluable for these trainees to feel part of this programme and to be part of something bigger than themselves.” 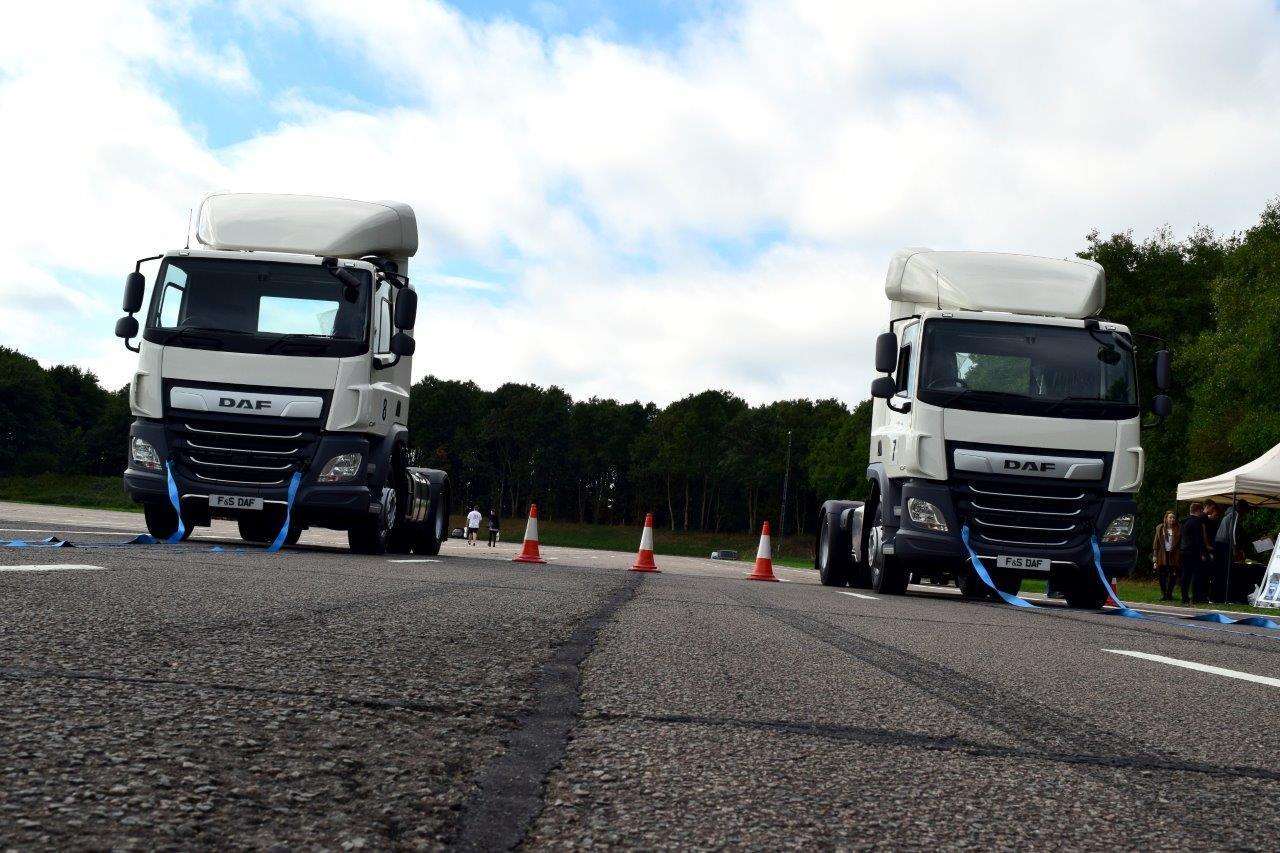 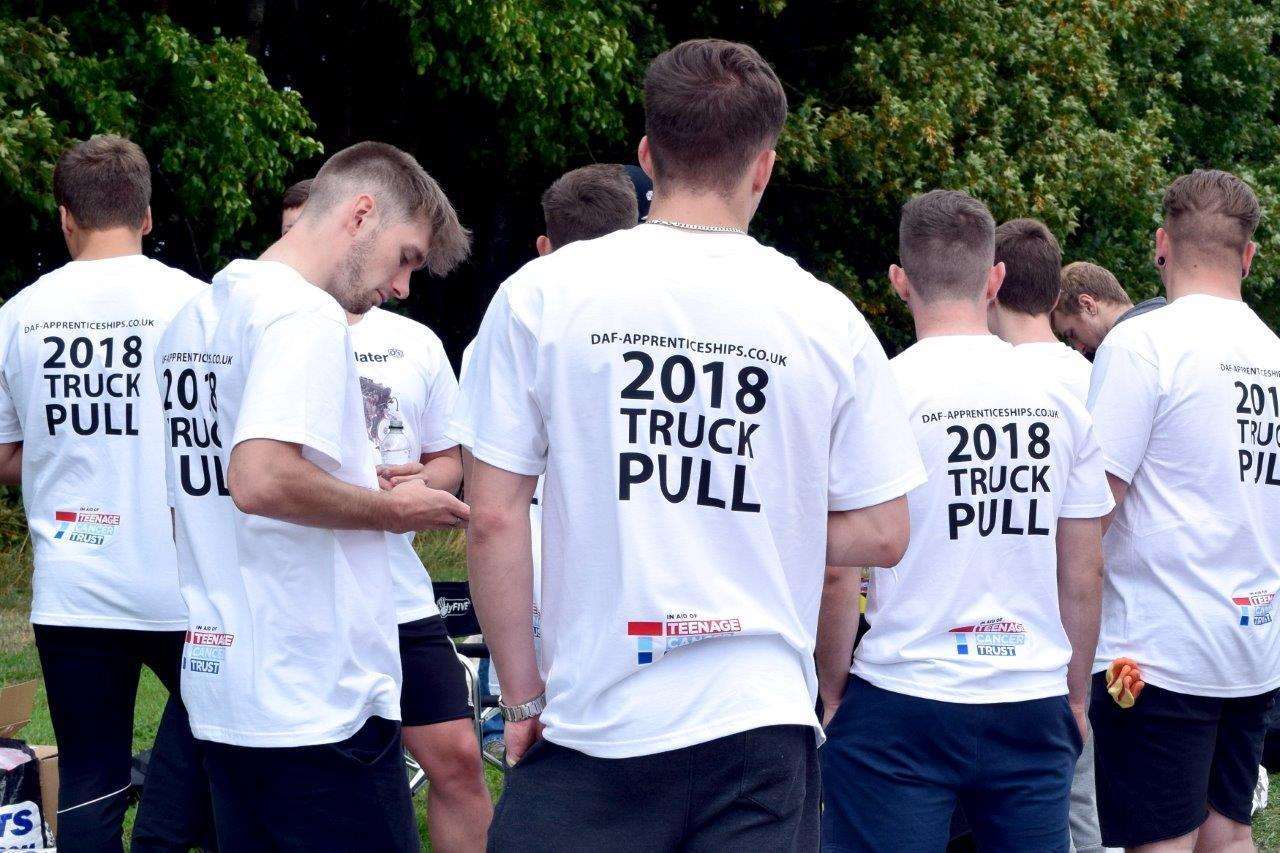 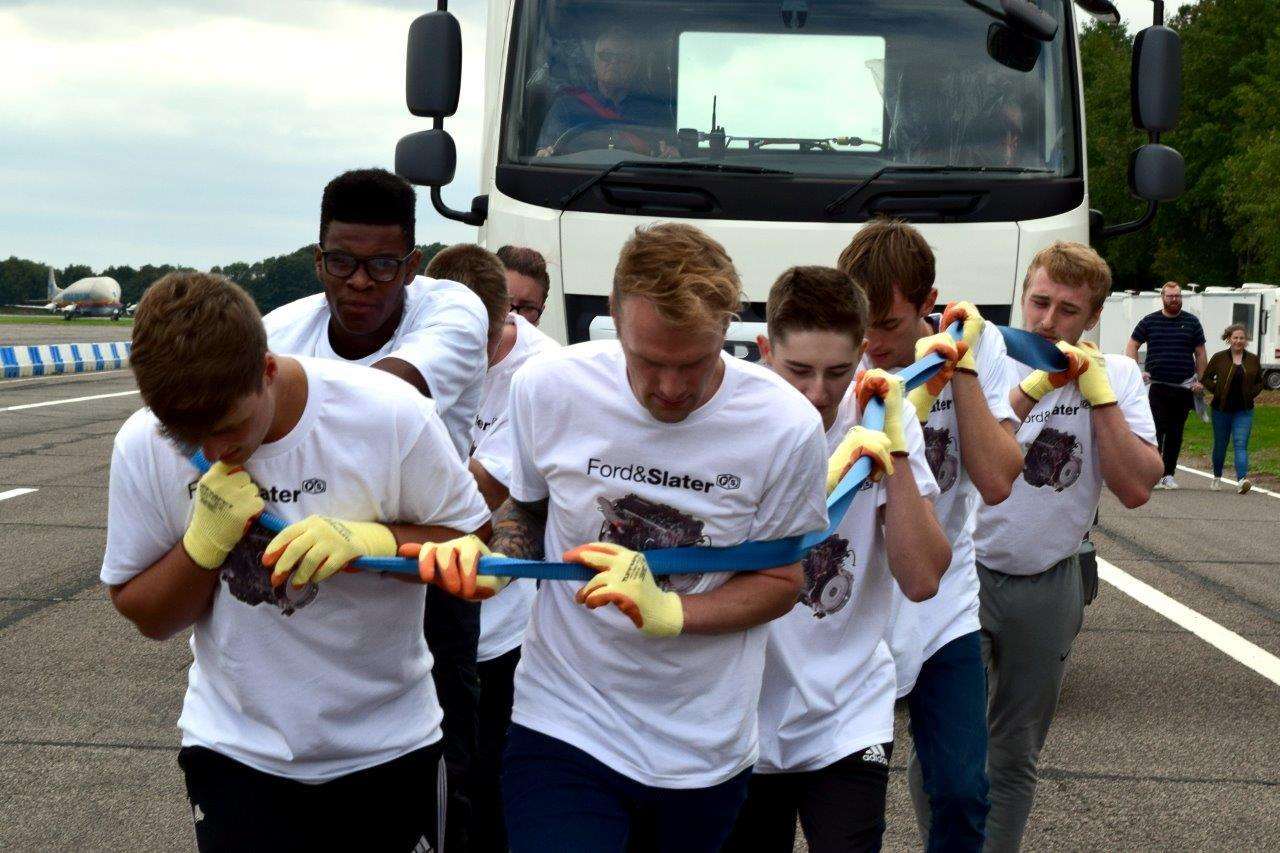 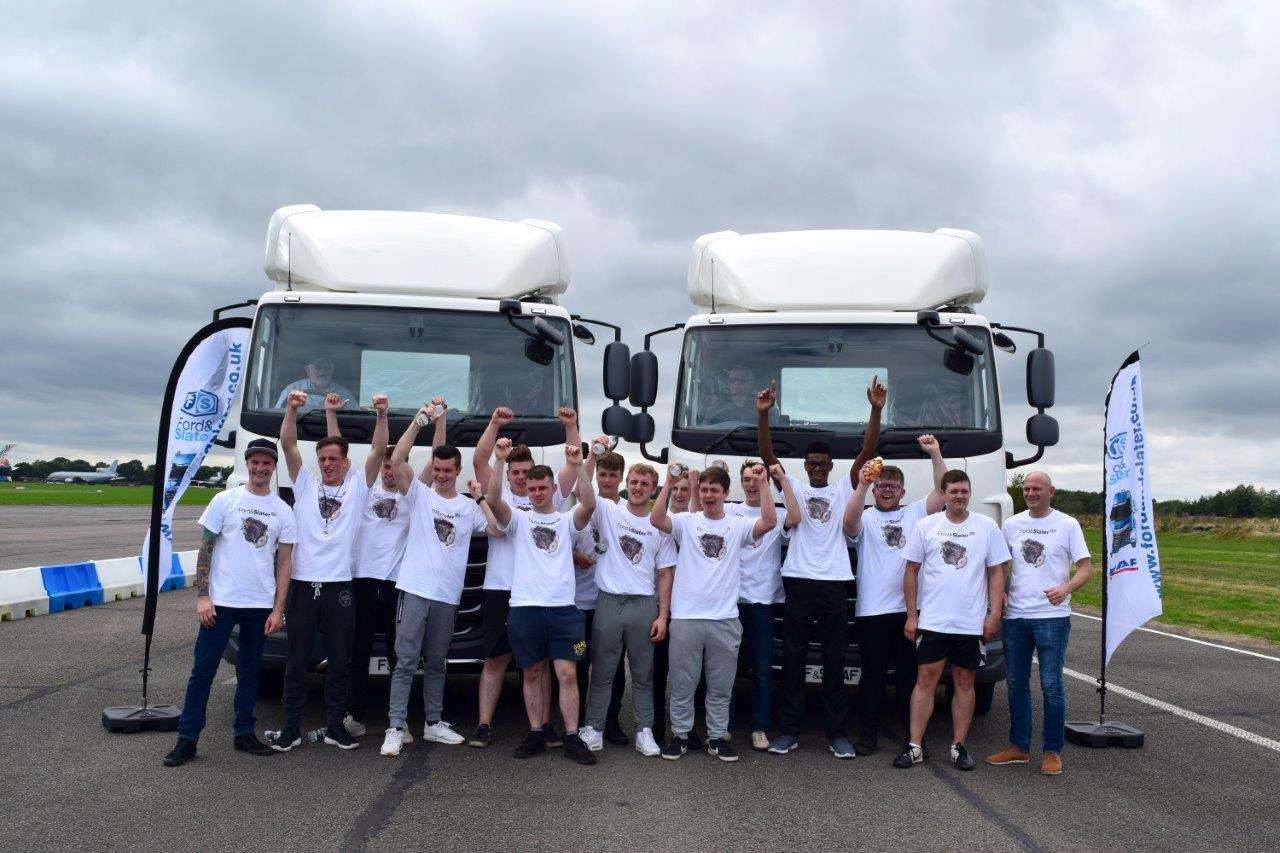 Ford & Slater currently provide on-site and college-based training programmes for almost 40 apprentices employed within the business. Their introduction of an apprentice coordinator in 2015, and Apprenticeship Council in 2017 has been a game changer for the DAF Dealership, and saw Ford & Slater awarded Apprenticeship of the Year at the prestigious Motor Transport Awards 2018.

Lee added: “We’ve always liked the idea of young people raising money for young people. These trainees getting out of bed on a Sunday morning and pulling some trucks, to help people their own age through some of the toughest times in their lives, is a massive testament to them. I’m really proud.”

You can view a video of the truck pull here

This is the second year Ford & Slater apprentices have raised money for the non-profit cancer support charity and already the truck pull has raised over half of last year’s total amount, but trainees are hopeful of reaching a bigger overall target of £2,500 by the end of the year.

Managing director Tim Streven said: “The truck pull was a great success and a lot of fun to be a part of, for all involved. We would like to offer thanks to everyone who came to support and to the apprentices who took part. A huge thank you also goes to Bruntingthorpe Aerodrome who kindly donated the use of their airfield for the event.”

Anyone who would like to make a donation to Teenage Cancer Trust in support of the apprenticeship truck pull can do so via their Just Giving page, at www.justgiving.com/fundraising/apprenticetruckpull

More information and pictures of the event can be found on Ford & Slater’s dedicated apprenticeship Instagram page, @fordslaterapprentice