Lincolnshire County Council wants to build the northern and southern ends of the £100million road - followed by a middle section that will see nine homes demolished in Bourne Road.

But the MP says while funding for the middle section isn't secured, there is no certainty that the road will ever be completed.

He said "There's a real question mark about this scheme - we could end up with two roads to nowhere."

The MP attended a public meeting in Spalding on Saturday called by SPARR (Spalding Against the Relief Road).

SPARR was out in force on Monday and Tuesday as residents held placards outside South Holland District Council offices and chanted "no go relief road".

Some learned bombshell news that their homes could be bulldozed when the county council held drop-in sessions from February 12-16.

But most were alerted by county and district councillor Angela Newton, who leafleted homes on February 16, and then called a public meeting.

At that meeting residents called on the authorities to stick to the line of a previously agreed route that passed harmlessly through allotments and didn't require demolition of homes. 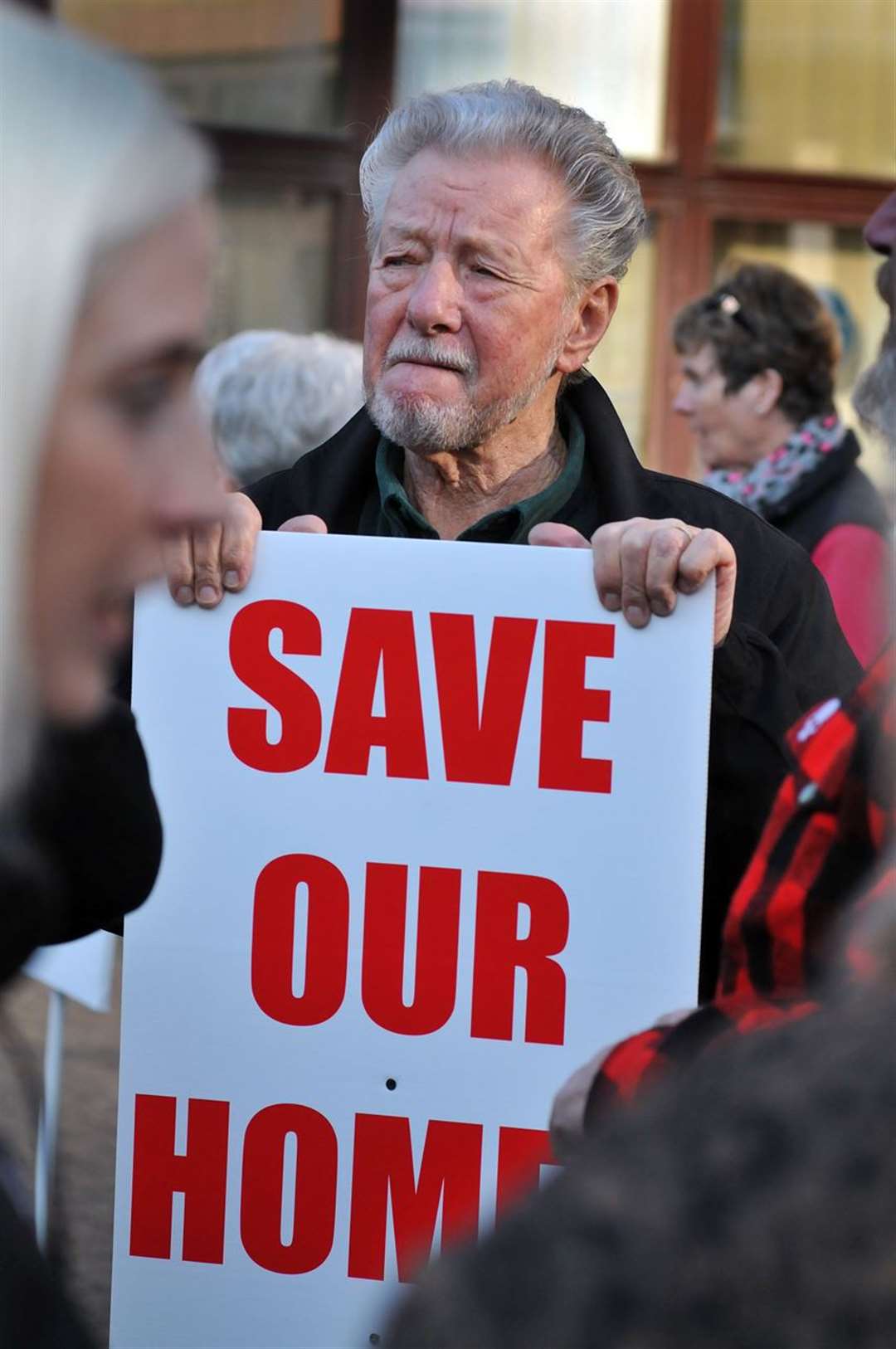 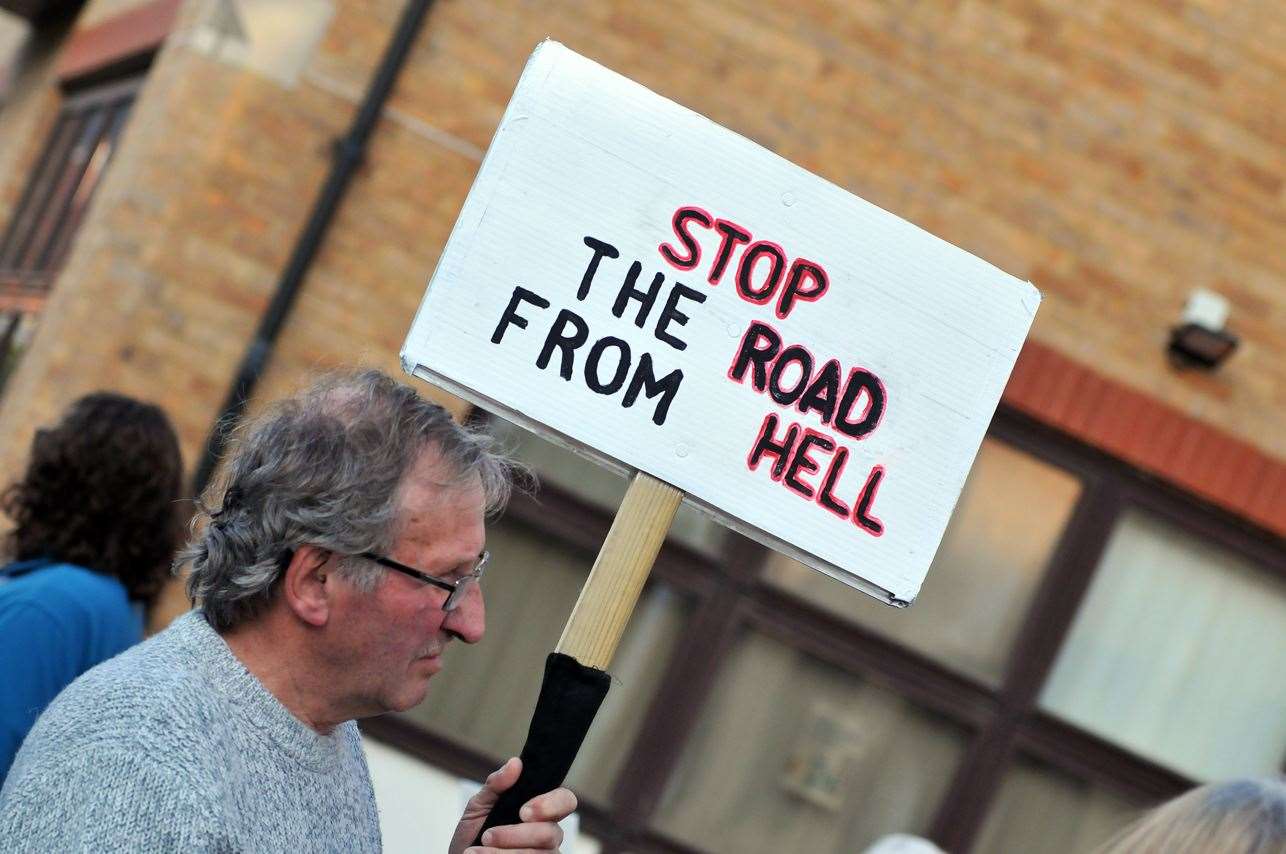 Bourne Road couple Catherine and Frank Roberts left their meeting with officials on Monday with Catherine saying they were "shell shocked".

Catherine said: "At no stage was there any indication that an alternative route which does not bulldoze houses was even being considered."

In February, the county council said it could "potentially take a decade or more" before the middle section is built.

But Bourne Road resident Amanda Halifax, who risks losing her family home, says some home owners were told on Tuesday that "it could be four years now".

She said: "So what happened to the decade?"

Amanda says some residents learned on Monday that they were safe, but there was no good news for her, or Catherine or Don Churchman (85).

We featured Don on our front page when the news broke about the demolition threat and he said losing his house would "kill" him.

Amanda told us: "He was crying when I was in (Monday's meeting) with him and cold from being outside shivering trying to save his home."

Don told us he's having sleepless nights at the thought of losing his home.

He said: "It's worrying. I don't sleep the best at night time at the best of times."

Residents will stage another big protest at 10am on Saturday outside The South Holland Centre in Spalding.

The relief road plan hinges on developer contributions producing much of the money required to build it as thousands of houses are built.

Stacey Barneveld Taylor, from SPARR, said: "It's not a relief road - it's a road into a housing estate."

* Sir John recently spoke of his outrage at the way residents learned of the demolition threat.

He's now satisfied that was "a serious error" on the county council's part.

But, speaking this week on the plan as a whole, he said: "It's going from being an error to being a fiasco."

As well as being concerned about the middle section never being built, the MP is opposed to homes being built around the northern section leading to Spalding merging with Pinchbeck - and the potential harm to wildlife from building in what is now open countryside.

Sir John said:"I am sufficiently concerned about this now to elevate it to both the planning ministry and the Secretary of State for the Environment."

Our previous stories on Spalding Western Relief Road include:

'Losing my home will kill me'

'We're left in limbo and can't plan for the future'

Defiant Spalding resident: 'They can tow me out with a chain and bulldozer if they like'