A talented Spalding man has been wowing TV viewers with a unique crafting technique that he has devised.

He showcased his stunning work in which he crafts pictures of wildlife such as elephants and owls, or landscapes, by delicately folding pieces of fabric into a foam board.

Robert explained: “I use cotton fabric, polycotton or thin fabric on a polystyrene board. I score the shapes into the board and then fold the fabric into it.

After showcasing his art at Tulipfest at Springfields and doing demos, one of the other stall holders said to him that craft, art and hobby TV channel Hochanda was always on the lookout for new crafts. 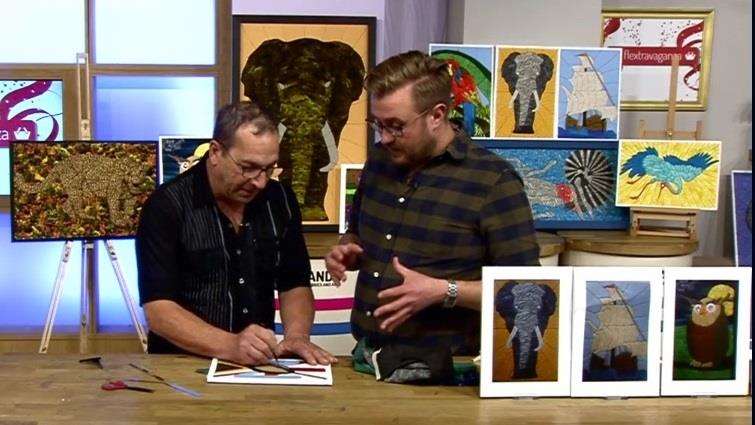 “My first show was in November last year and then they asked me to come back again this January.”

And he’s already been booked again to appear in March.

Robert has an ongoing exhibition of his art at the Craft Outlet at Springfields Outlet Shopping, where he also runs workshops.

He previously worked in the IT department for George Adams butchers and has always had an interest in craft.

“I have done craft all my life. Coming from a family of nine children you get to do things. My father made a lot of his own toys and my mum made her own clothes.

“I started off doing craft fairs and one thing led to another.”

Robert, a grandad, also does pewter art, creating pictures out of metal.

To find out more about Robert’s work and his workshops search on Facebook for Robert Deaton Designs and Unique Creations.