Military author and historian Alastair Goodrum told the stories of a small band of men whose names are among 263 WW1 dead commemorated by St George’s Chapel in Spalding Parish Church.

Punctuating the living people seated in the pews to listen to Alastair's talk were silent witnesses, see-though shapes of Tommies, representing men from a lost generation who were ‘There But Not There’.

Alastair’s talk was close to home in more ways than one as his great uncle, Private Harry Goodrum, was among eight Spalding soldiers who died in France on October 13, 1915 in what newspapers called “The Glorious Charge” at the Battle of Loos, which Alastair described as “the biggest and bloodiest battle” of that year.

The eight who died on the same day were from B Company, known as the Spalding Company, of the 1st/4th Battalion of the Lincolnshire Regiment.

Alastair said they became volunteer, part-time soldiers before the war began and had jobs as land workers, an articled solicitor's clerk, a hotel porter, a Post Office messenger boy, a postman, a bank clerk and a shop assistant.

Alastair said five other local men in Spalding Company also died that day and are remembered on memorials in the village in which they lived. 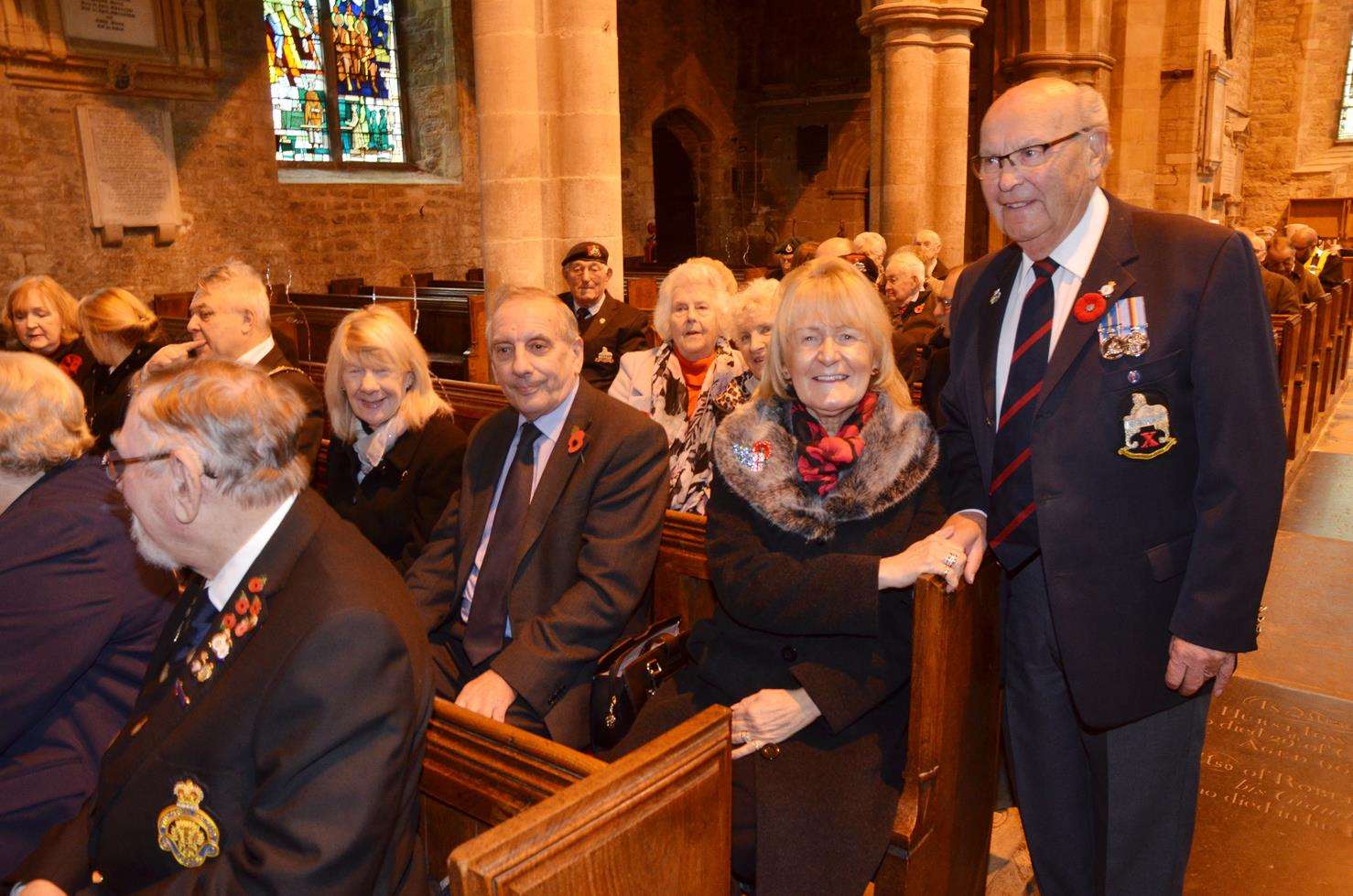 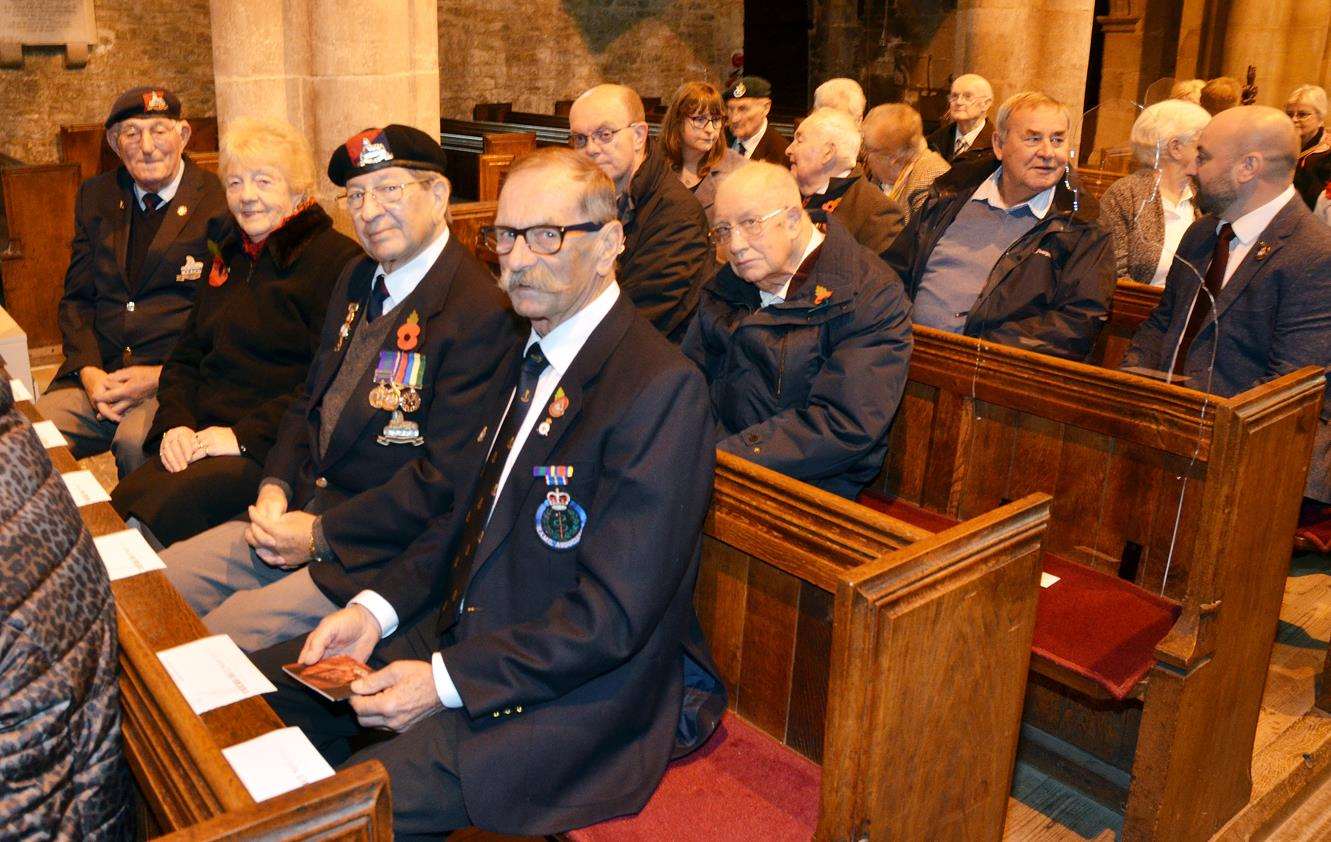 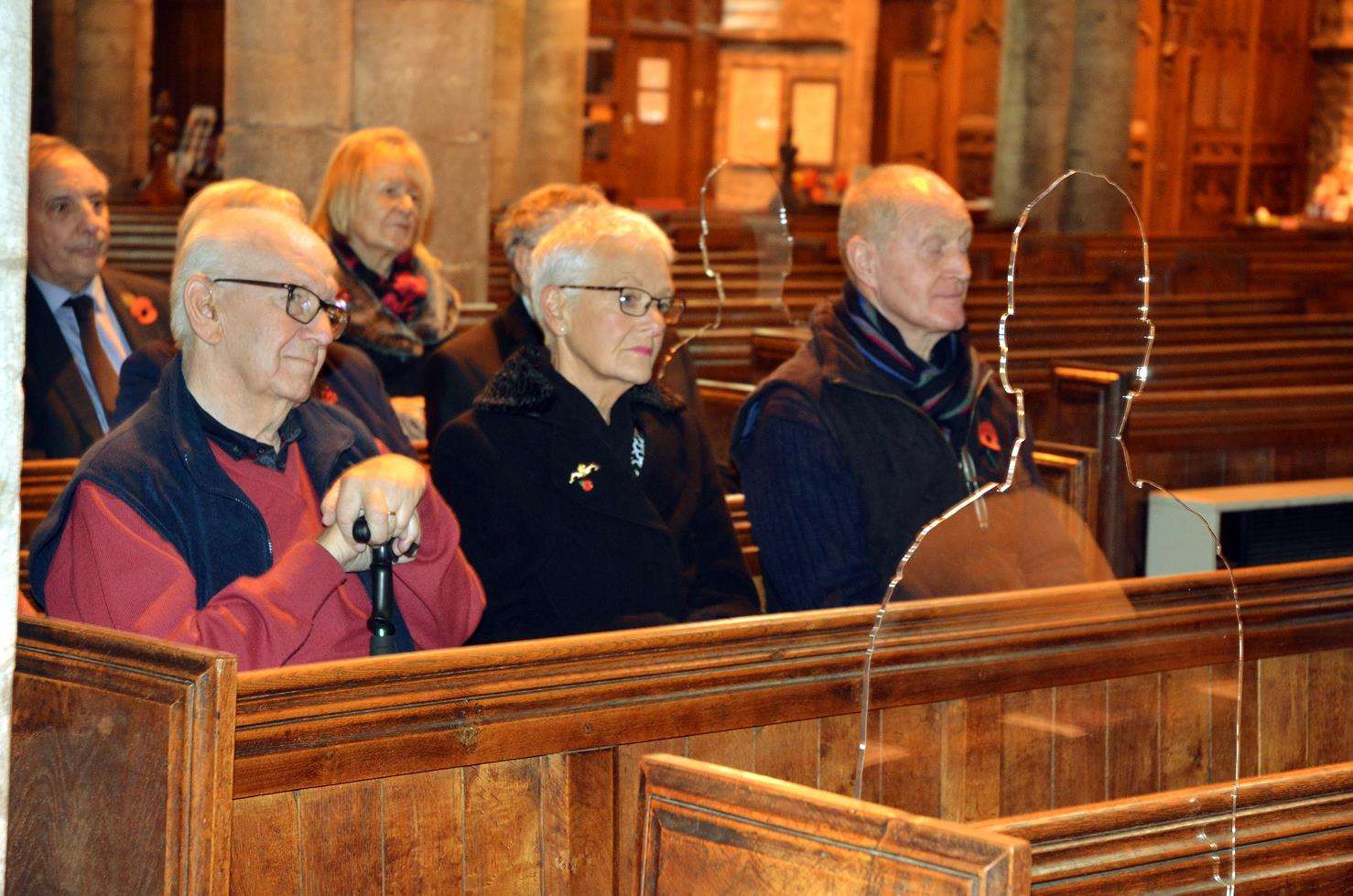 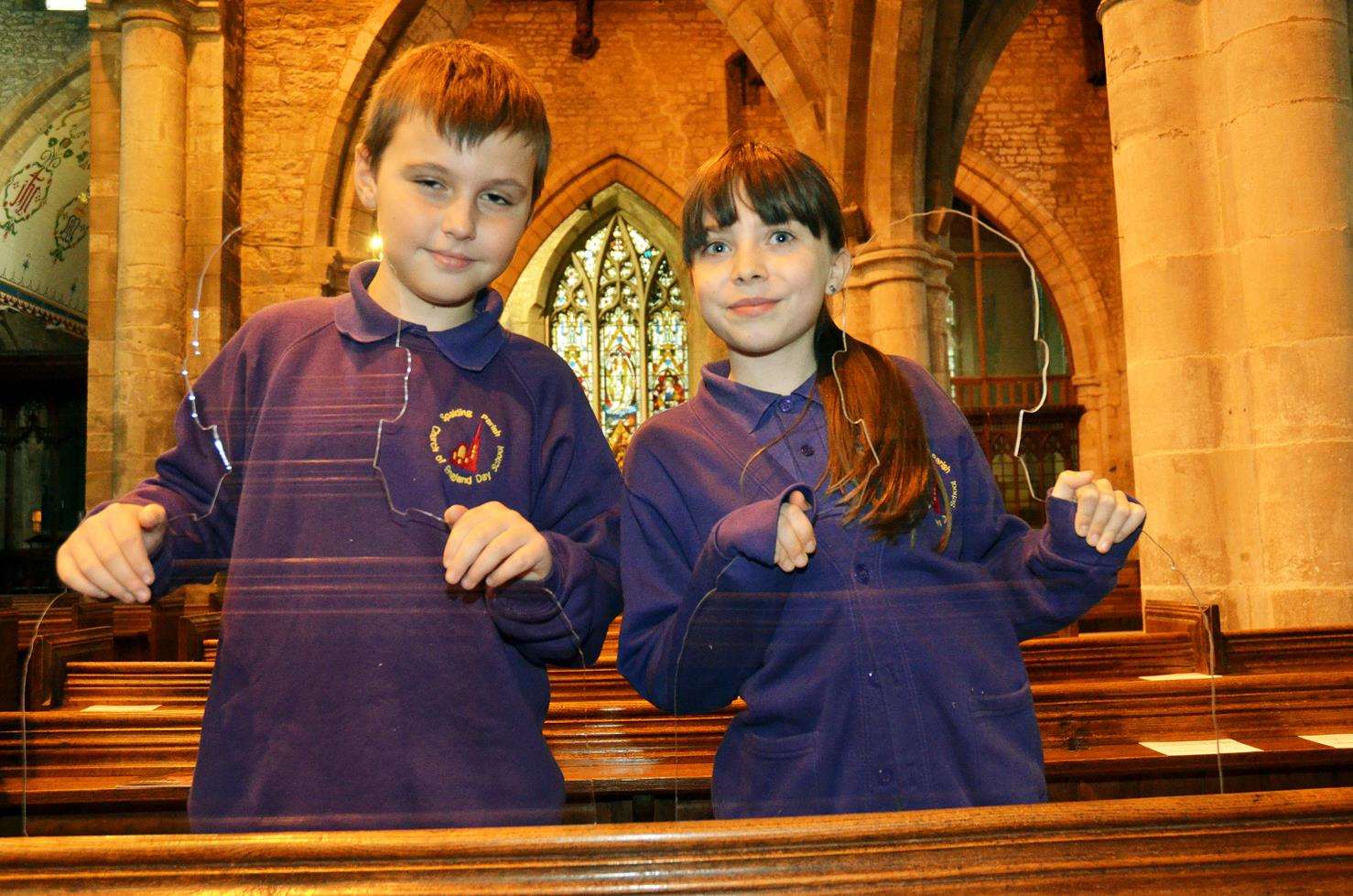 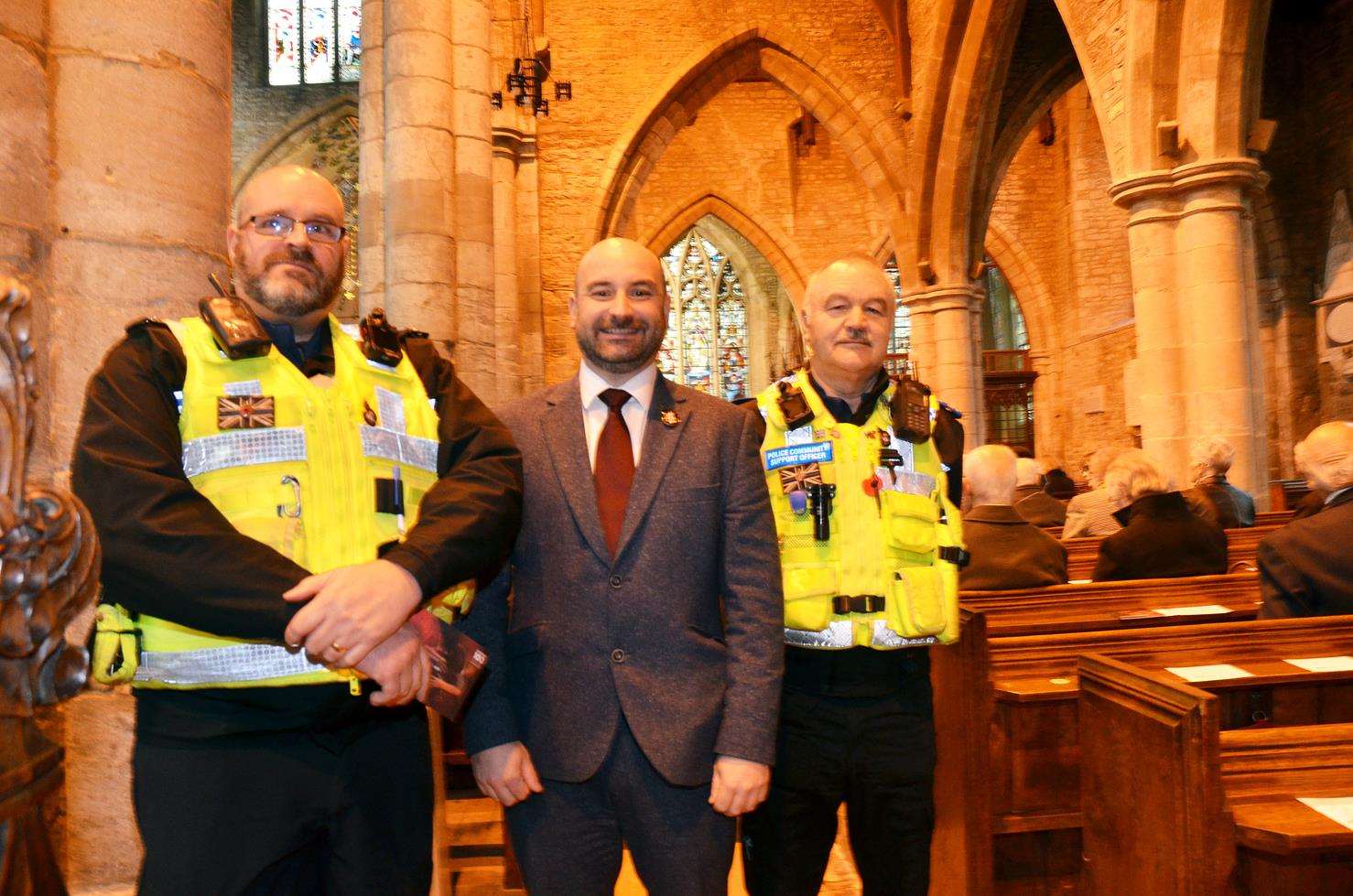 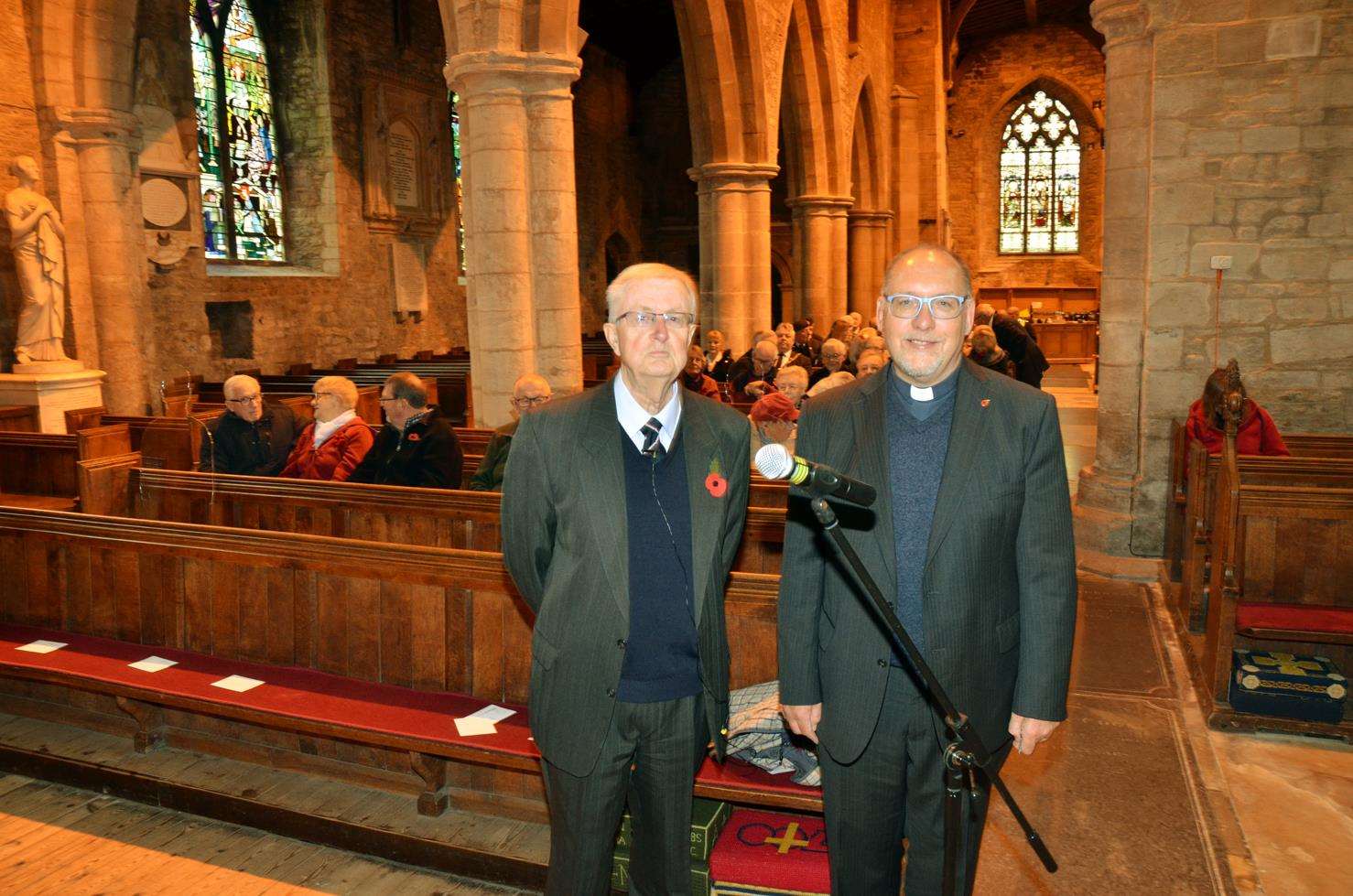 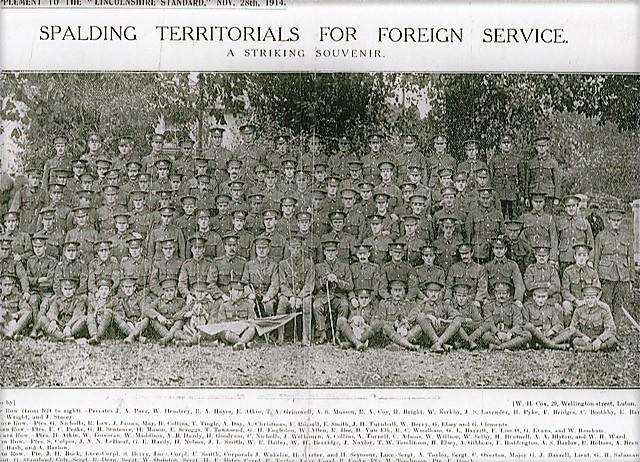 The author also pointed out other memorials in the church, including those to Lt John Victor Ariel Gleed,whose plane was shot down in an attack by enemy fighters led by Germany's Red Baron (Manfred von Richthofen), to Gleed's brother-in-law, Capt Charles Lewis Harvey, who served in The Lincolns and died in 1917.

The Vicar of Spalding, the Rev John Bennett, said: “Alastair Goodrum painted a series of pictures of the lives of some of the young men who left their homes in streets in Spalding that are still familiar to us for the battlefields of the Western Front.

“His description of the moments before they left their trenches and then the subsequent mayhem of shells, bullets, death and wounding was deeply affecting.”

Alastair’s talk launched the There But Not There commemoration in the church to mark the 100th anniversary of the end of WWI.

Mr Bennett led a prayer on the theme of There But Not There, which is commemorate, educate, heal.

He said: “I was glad that we could honour those from this town who a hundred years ago gave up their lives. I continue to pray that we will learn from what happened and work together to make a the world a better place.”

* Towns and villages across South Holland are commemorating the 100th anniversary of the end of WWI by siting silhouettes of Tommies in key places and Donington has created a road of remembrance with giant poppies ranged along a half-mile stretch of High Street.

There will be temporary road closures in the district for Remembrance Sunday parades.