Two friends from Sutterton have described how they overcame intense heat, isolation and a sandstorm to raise money for charity.

Rebecca Creasey (24) and Lauren Hladun (26) were part of a 26-strong group that took on a 100km (62-mile) trek across the Sahara Desert in North Africa for Lincs & Notts Air Ambulance.

The pair contributed more than £5,800 towards a total of nearly £66,500 raised for the charity, enough to fund 26 life-saving missions.

Rebecca, who like Lauren works in the agricultural sector, said: "It was an absolutely brilliant experience to trek 100kms across the Sahara Desert over a total of five days.

"With temperatures exceeding 47 degrees Celsius (116 degrees fahrenheit), there were times when we didn’t think we'd make it and by the time we reached camp for the first night, we were already a man down.

"We were all in shock from the intensity of the heat and several people were left without shoes as the heat had melted the soles.

"Everyone had to adjust to being rationed with only three litres of water per day which made the the already extreme conditions seem far worse.

"Thankfully, we only encountered one sandstorm which was very disorientating for us, but not a problem for our guides who led us by landmarks.

"These were in the form of larger than average sand dunes which included Erg Zaher, a 1,900ft sand dune which we climbed on the Wednesday evening of the trek to watch the sunset."

Rebecca, Lauren and their fellow "Sahara trekkers" also had to sleep under the stars, without any of the basic living conditions they were used to at home.

Lauren said: "With temperatures in the high 40s for the majority of the week, the conditions certainly took us by surprise.

"But with the support of our fabulous guides, camels and a brilliant new group of friends, we powered through and made it to the end.

"The team of Sahara trekkers we went with really did make it an absolute blast and I honestly believe that the one thing that kept us all moving was the knowledge of what good the money we had raised for Lincs & Notts Air Ambulance would do. 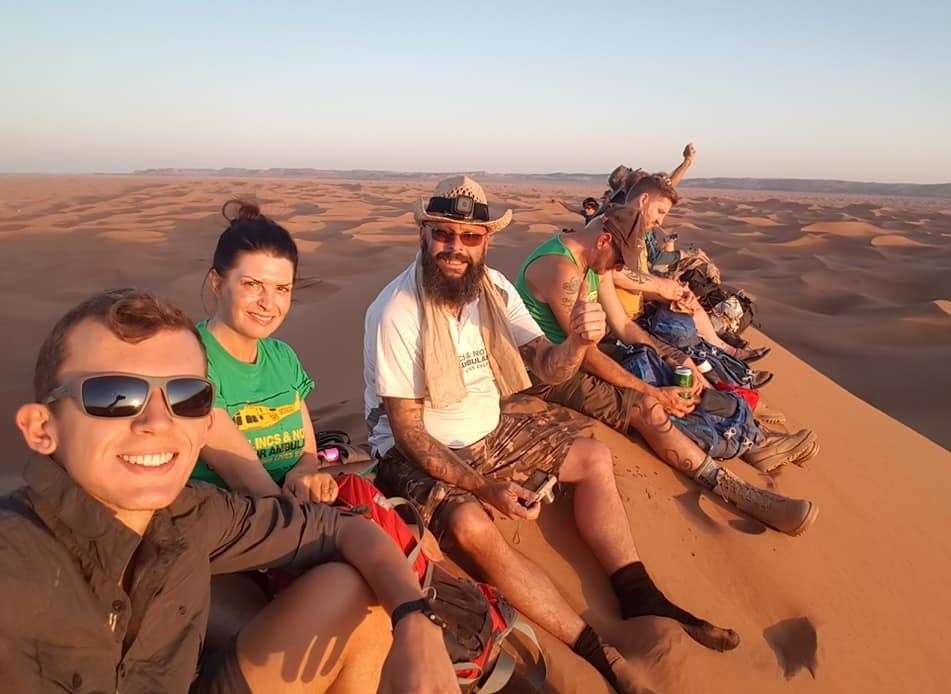 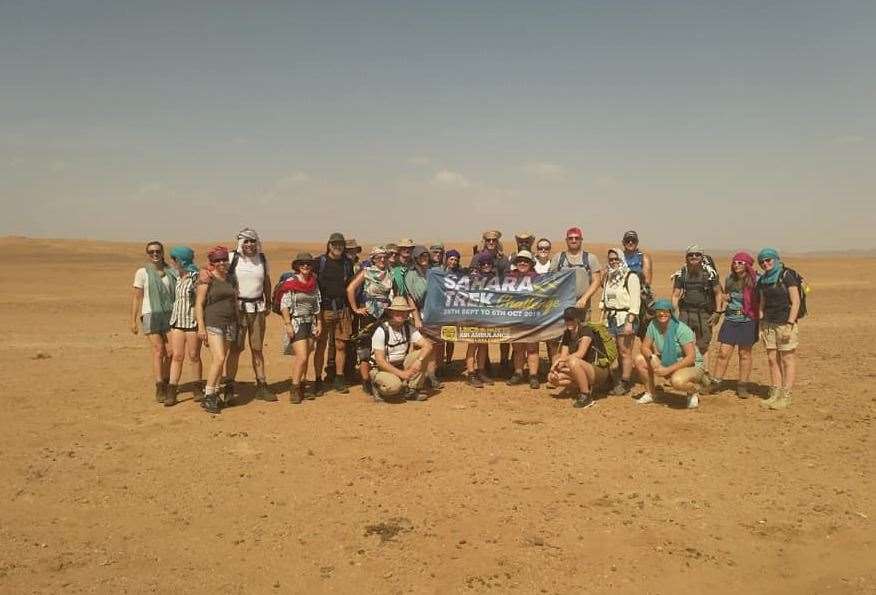 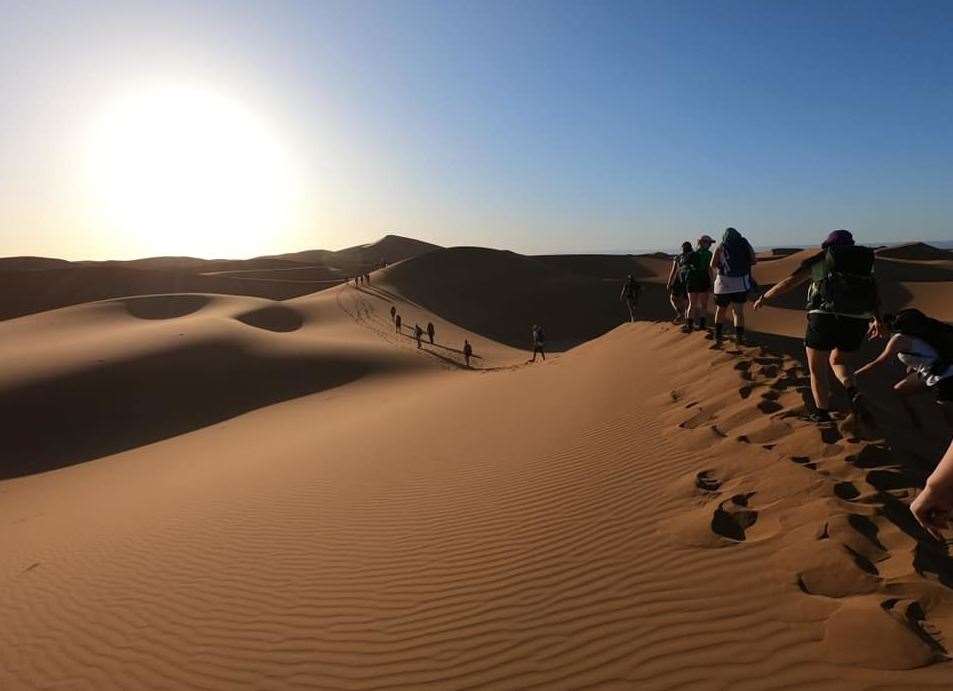 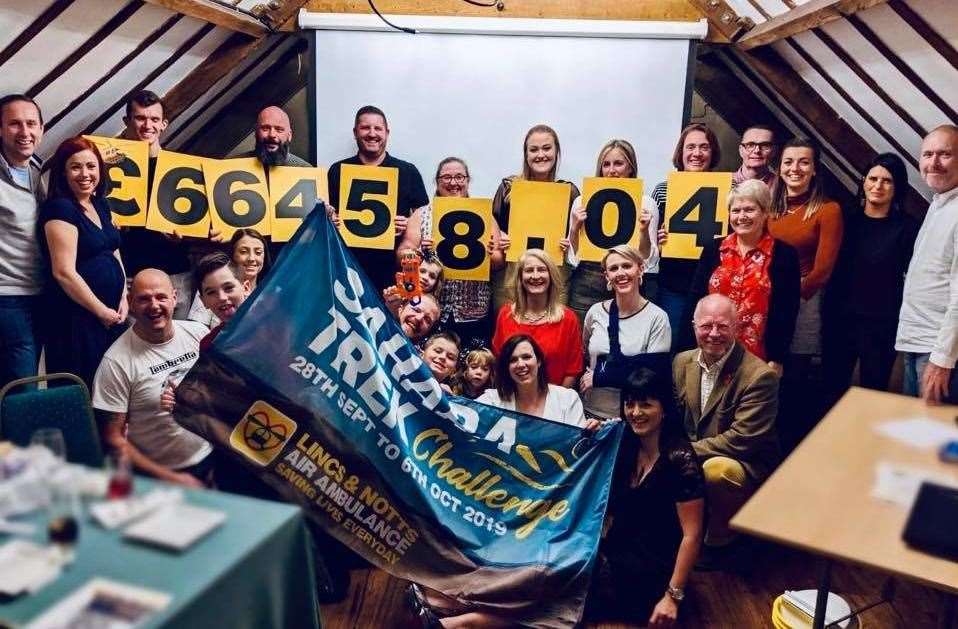 "As one group member said: 'I learned that the mind gives up before the body and that most of the battle was with myself, in my head, and once I battled that I could do anything.’

"Coming back to normality in the UK really did make us appreciate the little things in life that you wouldn’t otherwise think of, such as a chair.

"We were all absolutely amazed to be told that between all the trekkers walking for Lincs & Notts Air Ambulance, a combined total of £66,458.04 was raised.

"Thank you very much to everyone who supported us along the way of what was a trip of a lifetime and one we will never forget."

Karen Jobling, chief executive officer for Lincs & Notts Air Ambulance, said: "I am always amazed by the fabulous fundraisers in our local community who undertake a huge range of events and challenges for the benefit of the charity.

"But a 100km trek across the Sahara Desert is undoubtedly a challenge of extremes and we are so proud of each and every member of the trek team for taking it, raising a staggering £66,458 for their local air ambulance.

"What an adventure for the trek team and my sincere thanks and congratulations go to all of them."