A group of street artists have transformed another area of Spalding which was crying out for some much-needed TLC.

With the owners’ permission, Karl Barfoot, Adam Sadd and Edgars Bokans have created another striking design to be admired in the town on Weston Farm Supplies’ building which overlooks the River Welland.

The artists, who decorated tunnels off St Thomas’ Road earlier in the year, set to work over the bank holiday weekend, decorating the building, which had been vandalised over the years, creating three works of art which can be seen from West Marsh Road.

Adam, who sought permission from Weston Farm Supplies after spotting the prime location for the group’s work, said: “The wall looked so bad before – it was peeling and the owner seemed so disheartened by it.

“I just went in and asked if we could paint it – the worst they could have said was no so it was worth a try – and I made it clear we weren’t after money, we just wanted to do something with it.”

On Saturday evening, Adam and Karl painted the entire wall to give themselves a blank canvas ready for the following morning where Edgars joined them and they set to work.

Karl created a portrait of a woman with a robin resting on her hand, Adam’s design features a Japanese-inspired piece which is based on its location next to the river and Edgars took the centre piece with a fantastic astronaut.

Adam said: “We’ve really transformed a battered old wall and I am so proud of us all.

“It was a group effort and what Edgars did is amazing too – he did it all freestyle and didn’t even look at any pictures as he was doing it.

“I think it’s one of the best spots in town and it’s incredible how many people are now going to see our work as they are queuing down the road.

“I really hope people respect the work that’s there and that no one tries to go over it, but if they do we won’t let them win and we will just go back over it again.”

Karl added: “We really wanted to do something that everyone would like and we’ve had lots of positive comments on social media. There have been a few negative comments too but you’re always going to get that.

“It’s a nice attraction by the river and although it was a big and quite expensive project for us it gave us somewhere great to paint.” 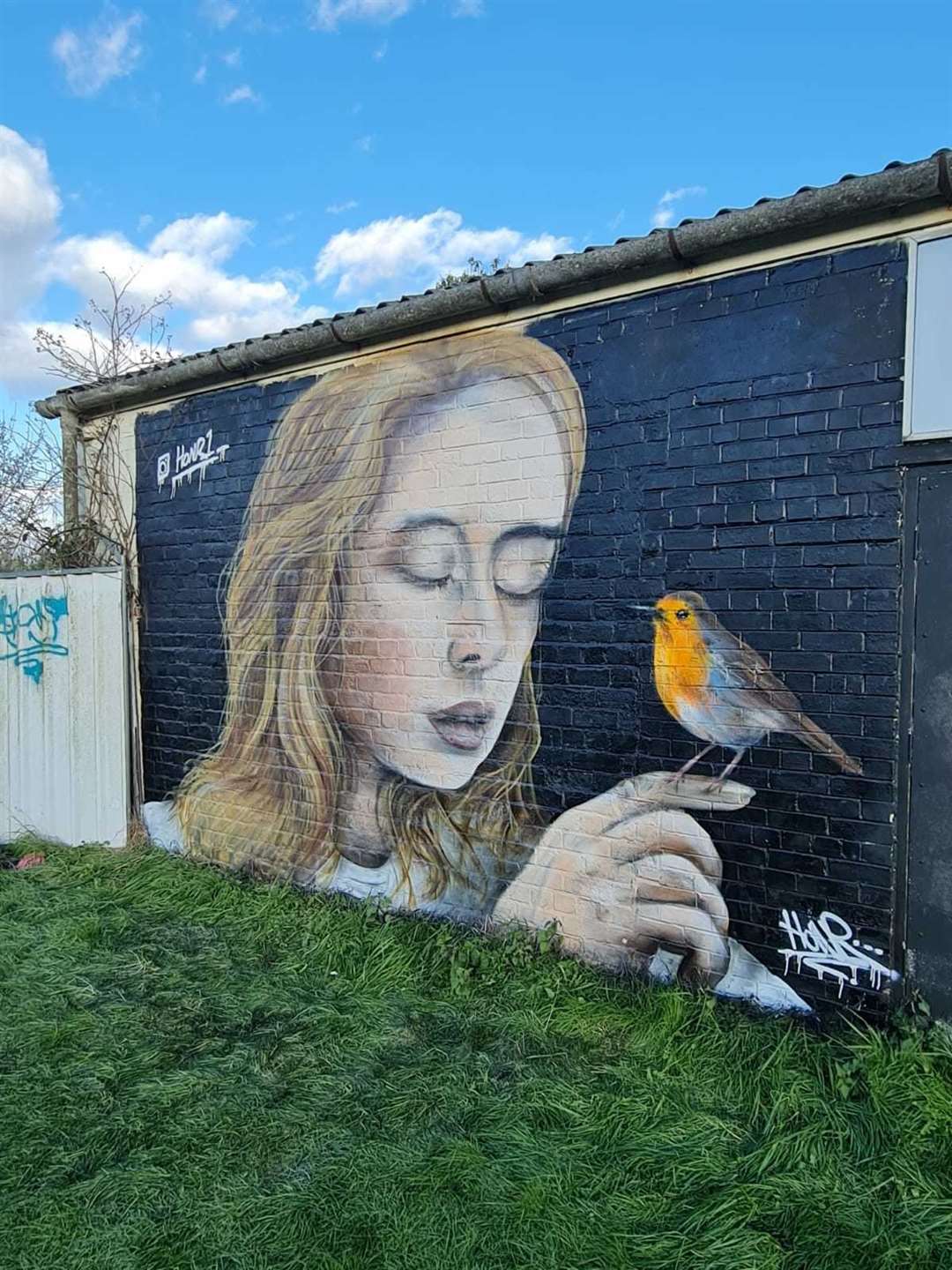 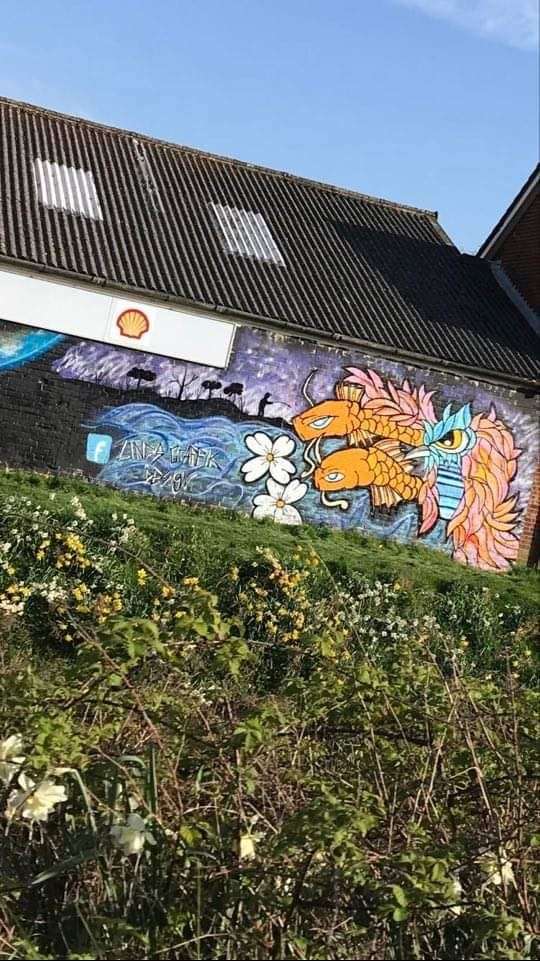 Westons Farm Supplies are delighted with the work, after having given up on re-painting the wall following several incidents of vandalism.

A spokesperson said: “They have done a fantastic job and we have nothing but praise for them for how they have tidied it up. If you look at the comparison of before and after it’s just fantastic.”