A five-hour litter blitz along the River Welland in Spalding saw 28 bin bags filled and a bike pulled from the depths.

A fly-tipped microwave oven proved too heavy to be freed from the spot where it sank between High Bridge and the old fire station.

Ian Haynes, the Spalding businessman who threatened to take the district council to court unless it properly cleans the town, was supported on his blitz by two water taxis and a handful of volunteers.

As one of the water taxis pulled up beside the town pontoon at the back of Hills Department Store, some rubbish - including plastic - was still visible on the far bank because there was just too much to collect in the time available.

He continues to wage a personal war on litter - picking it up himself by the bagful in targeted street cleans - and will remain ever watchful as far as South Holland District Council (SHDC) is concerned.

The river, widely believed to be one of the jewels in Spalding's crown, suffers the twin problems of fly-tipping and littering. 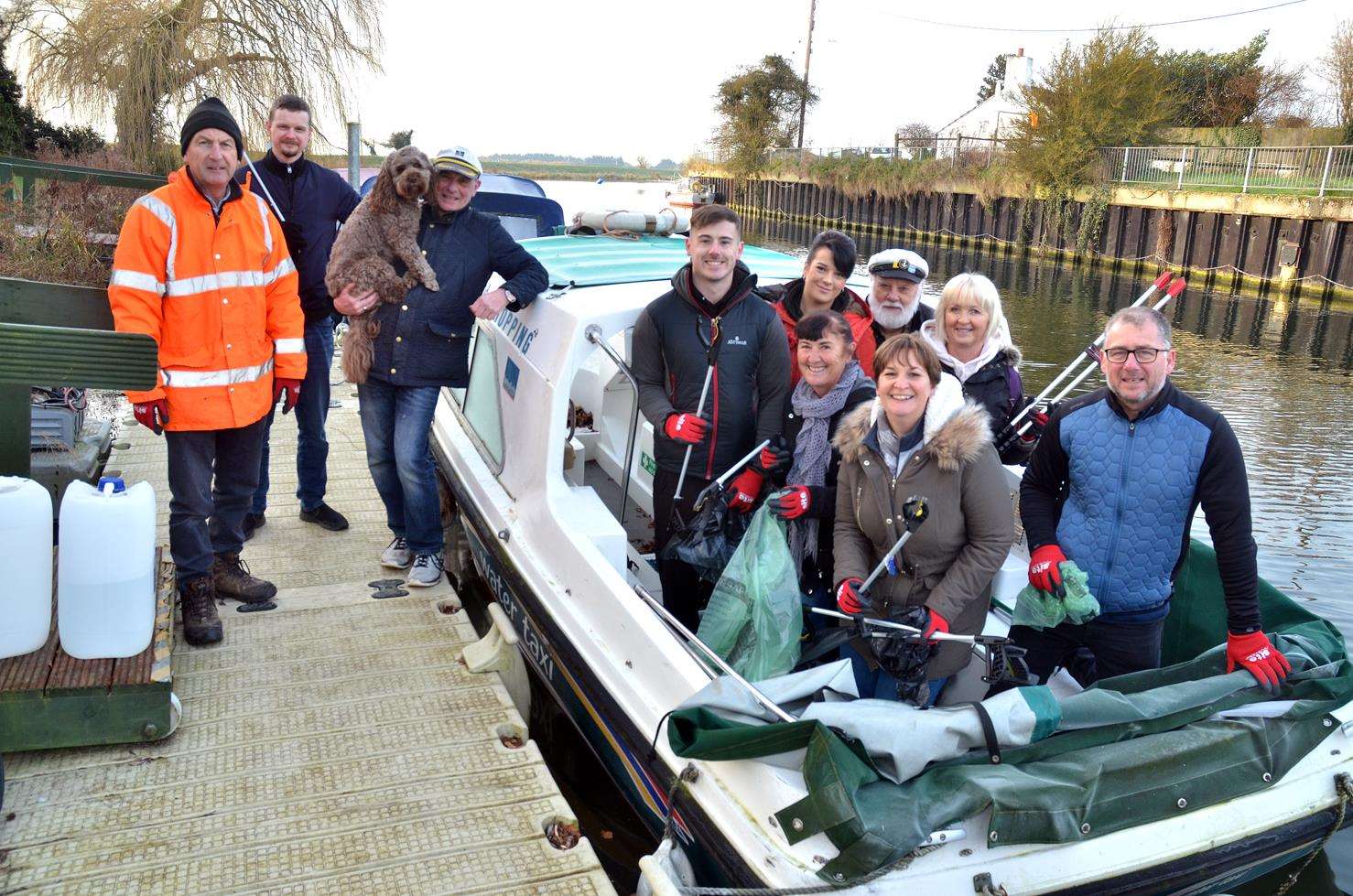 Anthony Grunwell, Spalding Water Taxi Company operations manager, spends hours on the water as a pilot and has a riverside home.

Surveying the rubbish collected from Tuesday's trawl, Anthony said: "We could go out tomorrow and do it again.

"The majority of people treat the river with respect and enjoy it for what it is - it's just the minority that spoil it.

"It's used a lot, is the river, and people do enjoy it - it's wonderful.

"Because I am on the river most days during the (water taxi) season, I take a personal pride in it and it does distress me - especially if I am taking clients out for a nice night - when we have all this litter.

"The water taxi is the third top attraction in the Spalding area so we have a vested interest in the river although we are a not-for-profit company."

The bike plucked from the water on Tuesday was dumped near the top of Haverfield Road, and Anthony has previously picked up a bike - one he believed stolen - from the same spot.

In the past, Anthony had to free the water taxi's narrowboat after a double duvet became entangled in the propeller.

He said: "I had to go down the weed hatch with a bread knife."

Empty booze bottles and cans accounted for the majority of rubbish picked up in Tuesday's blitz.

The clean-up started where The Coronation Channel joins the Welland and ran down to the lock gates on West Marsh Road.

The most heavily littered stretch, with ten bags filled, was between High Bridge and the old fire station.

Ian said: "It needs a top of the riverbank litter-pick once a week because a lot of this comes from the top and rolls down."

He wants to see anti-litter signs along the river to discourage people from dropping waste.

Ian said: "The whole town could do with a lot more signs saying 'please don't litter'."

The businessman issued a warning to SHDC - 'clean-up or go to court' - a fortnight ago, and is so far satisfied the council is moving in the right direction.

Ian asked that the council carry out a Big Clean, of the type carried out by South Kesteven District Council, demonstrate it has a systematic and proactive approach to cleaning - and also combat riverbank litter from going into the water.

Following a meeting with senior council officials, when he was promised there would be an additional street cleansing Pride team subject to funding, he's seen improvements with road sweeping and litter teams in action.

He has a second meeting with the council scheduled for two months' time.

* District councillor Jack McLean, who has previously organised litter-picks through his Spotless Spalding group, gave the volunteers a helping hand.