A Spalding Flower Parade stalwart and bulb and flower industry expert is this year’s recipient of a prestigious award from Springfields Horticultural Society.

Don Wilson received the Carlo Naef Trophy for his working lifetime’s contribution over 49 years to the UK bulb and flower industry.

That show took place days after Taylors’ Bulbs, of Holbeach, joined forces with the Royal Horticultural Society and threw open their doors to welcome 500 visitors to their Daffodil Day. The event was part of Taylors’ 100 year celebrations.

Among guests at Taylors were Lord Gardiner of Kimble, Under Secretary of State for Rural Affairs and Biosecurity, and world renowned experts Brian Duncan and Christine Skelmersdale.

People travelled the length of the country to be at Taylors, which is now run by the fourth generation of the family.

Director Sam Taylor said the family thought it was fabulous that so many people flocked to an event that revolved around the daffodil.

He said: “It’s a humble little flower, isn’t it? It’s much more loved than I appreciated.” 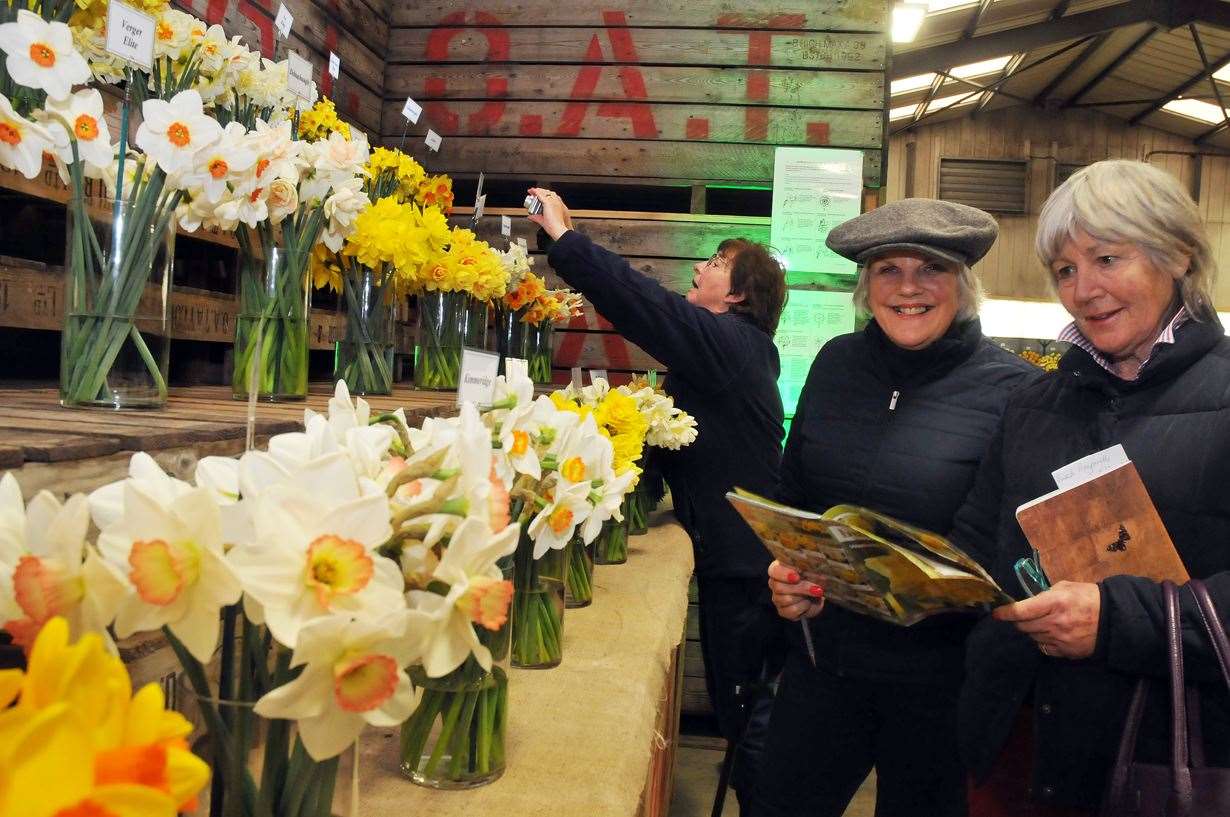 Chelsea gold medal magnet Johnny Walkers - who has a long association with Taylors - was one of the links between the events as he had 20 daffodil varieties on display at Springfields.

The event included competitions for growers and for schools.

Among winners were Spalding's The Priory School/Kathryn Greene for the best single daffodil (taking the Wrisdale cup and £100) and Surfleet Primary School for the best painting (taking The Springfield Horticultural Society Cup and £100). Springfields Horticultural Society chief executive David Norton said: “Don Wilson had his horticultural roots firmly planted from an early age. He won’t remember, but he was apparently parked at the end of the flower packing bench at his parent’s nursery at the tender age of just four months.

“As he grew up, he was immersed in all things related to flower growing. On leaving school he worked on the family nursery at Moulton Marsh, and one day, a ride with his father to buy tulips from Selected Growers, later to become Lingarden Limited, resulted in the offer of a job.

“This was a temporary post for three weeks, just to the end of the bulb season, but he was persuaded by his father to accept the job as it would widen his knowledge of the bulb industry, which indeed it did, as he has worked in that industry ever since for an incredible 49 years.”

Don became part of a team of bulb production specialists at Lingarden, with an in-depth knowledge of husbandry and pest and disease control which he used to advise grower-members of the co-operative.

He had special responsibilities for Lingarden’s involvement in the production of virus free stock of both lilies and daffodils, as well as new varieties cultivated at Rosewarne Experimental Horticultural Station in Cornwall.

Forcing bulbs for Springfields Horticultural Exhibition (SHE) was always a highlight of each spring, followed by the Spalding Flower Parade, when he could be found scouring grower’s fields for the best colours for the floats.

One year Don - dressed as cockerel - proudly drove the Lingarden float during a Food and Farming Festival in Hyde Park.

Lingarden was bought by Flamingo Holdings in 2005, and in 2007 Don was part of a management buyout of the bulbs division to create Lingarden Bulbs Limited, from which he retired in December 2018.