A good turnout of veterans from all the services and many recent conflicts marched from Hall Place to the Market Place, where there was a short service led by the Vicar of Spalding, the Rev John Bennett.

They were joined by a representative detachment of serving men and women from RAF bases in Lincolnshire. Schools and the Mini Police were also be in attendance.

Among those attending were RAF Conningsby Warrant Officer Trevor Lloyd and Wing Commander Leanne Warner and their troops.

Unfortunately a planned fly-past had to be abandoned because of the weather.

The event came about after Spalding Market Traders Association advised told South Holland District Council in 2014 that members would like to show their appreciation and respect for the work the Armed Forces do. Most stall holders covered their stalls in bunting and flags. 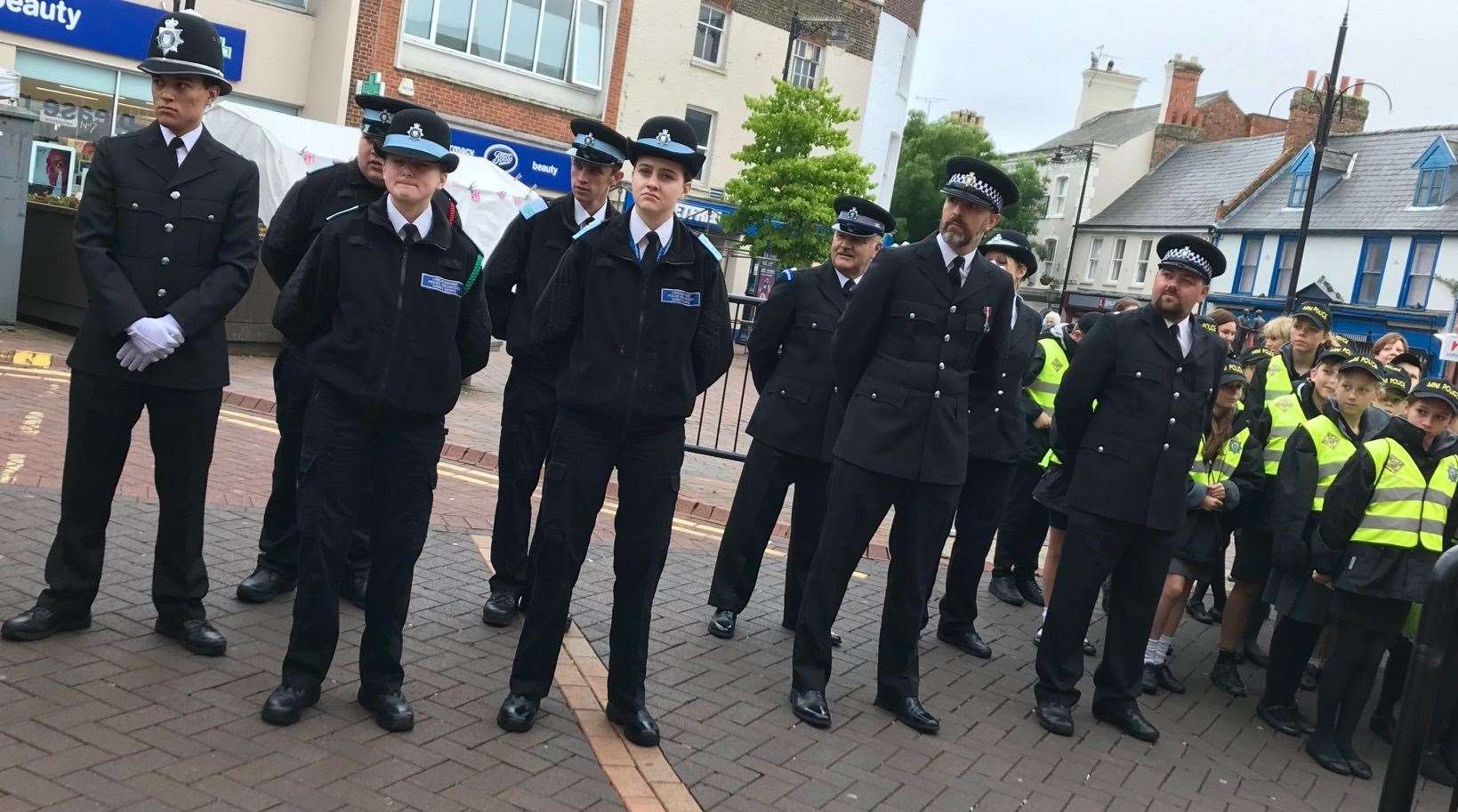 Organiser Jan Whitbourn said: "The serving personnel said that it was an honour and a privilege to participate in such a momentous occasion and it is a testament to the character of the town’s residents how they gave their resounding support.

"It was also good to see all the veterans from many different organisations, and their amazing standard bearers."

Jan thanked the market traders, those who helped provide parking for Armed Force personnel and Graham Duff and the team for their efforts towards a fly-past.

She thanked those who officiated the parade, the Red Lion Hotel for providing tea and coffee, Rev John Bennett for the short service & prayers, singers Craig Delaney and Adam Patman for singing ‘You’ll Never Walk Alone’ and bugler Steve Wand.

Thanks were also given to Chrissie Molsom and the team from LIVES for being in attendance and Pat Elwick and David Allmond for providing some wonderful items for the tombola.

The ladies from Spalding’s St Mary and St Nicholas Church and Gail Ridley from Morrison’s were thanked for serving refreshments and the St John’s School Choir for their wonderful singing.

Holly Kendrick was thanked for helping with photography and Lord Lieutenant Toby Dennis, Deputy Lieutenant Petronella Keeling, The High Sherriff William Day and the Chairman and Lady of Lincolnshire County Council Tony Bridges and Trina Wright were thanked for attending.