Two mothers whose children have been treated for a form of cancer have thanked a Gosberton school for their help in raising awareness of the condition.

Youngsters at Gosberton Academy wore gold and yellow to show their support for Childhood Cancer Awareness Month during a non-uniform day this term that raised nearly £140 for the Children’s Cancer and Leukaemia Group.

The charity holds its Going Gold for Childhood Cancer Action Month annuall y and two of the village school's youngsters who took part, Year 3 pupil Imogen Pratt (seven) and Year 5 pupil Lucas Devaney (nine) were both diagnosed with leukaemia in 2015.

Natalie Sansby, of Gosberton, Imogen's mother, said: "She's well, having got the all-clear on February 9, 2018.

"But she suffers a lot with side effects from the chemotherapy she had for more than two years.

"The school makes a big deal of Childhood Cancer Awareness Month every year and it was nice to see the community of Gosberton supporting it, with other families joining in." 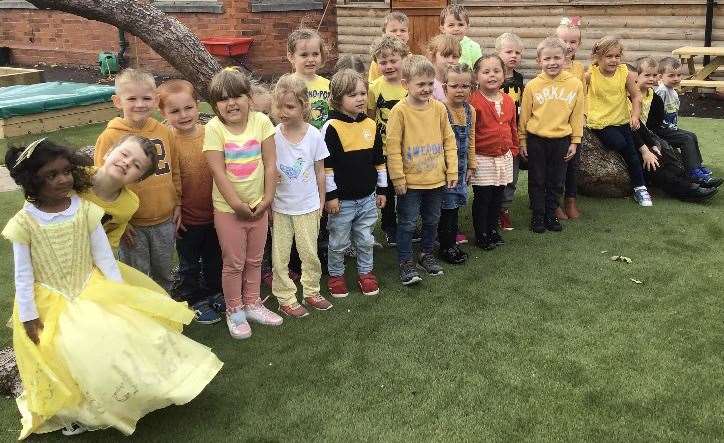 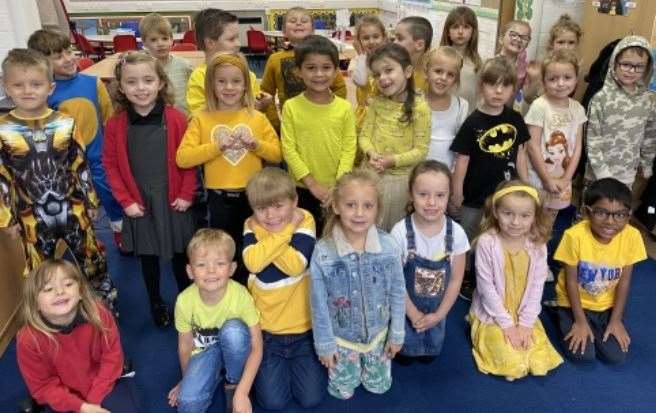 Joanne Devaney, of Gosberton, Lucas's mother who has helped organise the school's fundraising since 2015, said: "Even though Lucas's treatment has finished, with him having been in remission for two years, he still has regular check-ups and we don't want Childhood Cancer Action Month to be forgotten about.

"So it means the world to us that the school takes part and Lucas had his yellow T-shirt on to support the day."

Tom Baxter, head of Gosberton Academy, said: "It was fantastic to see so many children taking part and wearing yellow or gold clothing.

"It really showed the fantastic efforts of our families to support a cause that means so much to everyone at Gosberton Academy.

"Childhood cancer is something that has significantly impacted the lives of two families here and, therefore, it will always be an important day at our school each September.

"We have seen first-hand what the children and their families go through, although both children continued to attend Gosberton Academy during their treatment and have continued to go from strength to strength.”

"When a cause has impacted on the local community, it affects everyone and this yearly fundraiser acts as an annual reminder of what two of our children have been through and how strong they have been.

"We are grateful for everybody’s efforts for a cause that means a lot to our local community."