Spalding Academy's soldier made from poppies

Spalding Academy has taken its remembrance to a new level by creating the outline of a soldier made from poppies.

The soldier represents the fallen and veterans from all conflicts.

At the soldier's feet, there is a silhouette of a dog - made from purple poppies - in a touching remembrance of all the animals who died in war service.

Teacher Jess Forbes said the poppy display also covers the 75th anniversary of D-Day, including pictures supplied by members of staff who had family members who served in Normandy on June 6, 1944.

She said: "The poppy display has made a real impact on the students and staff of Spalding Academy with memories being shared, learnt and recalled not only during school time but at home as well.

"The differences in culture and country have also been explored by students who have included information from their home nations, including Lithuania and Poland. 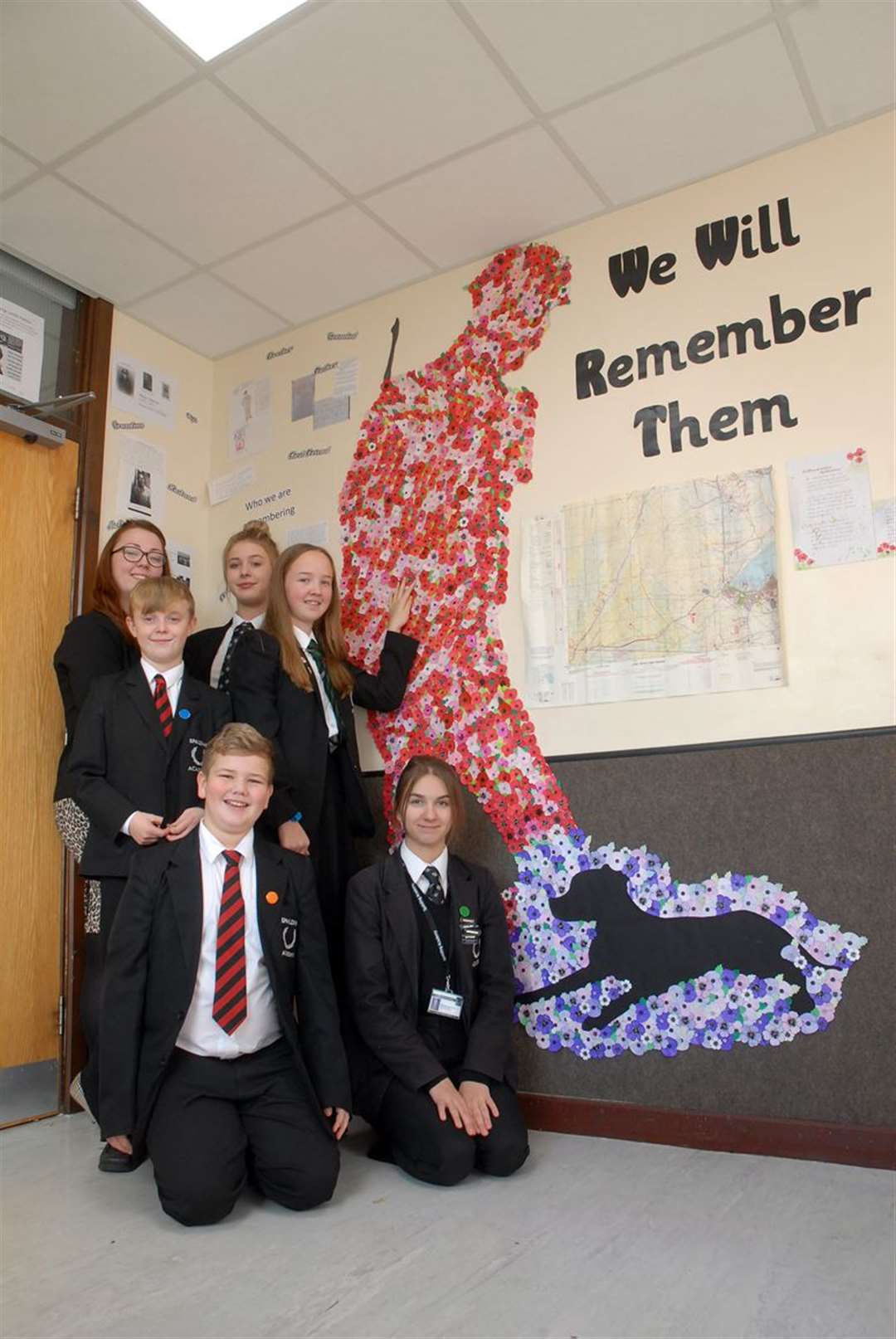 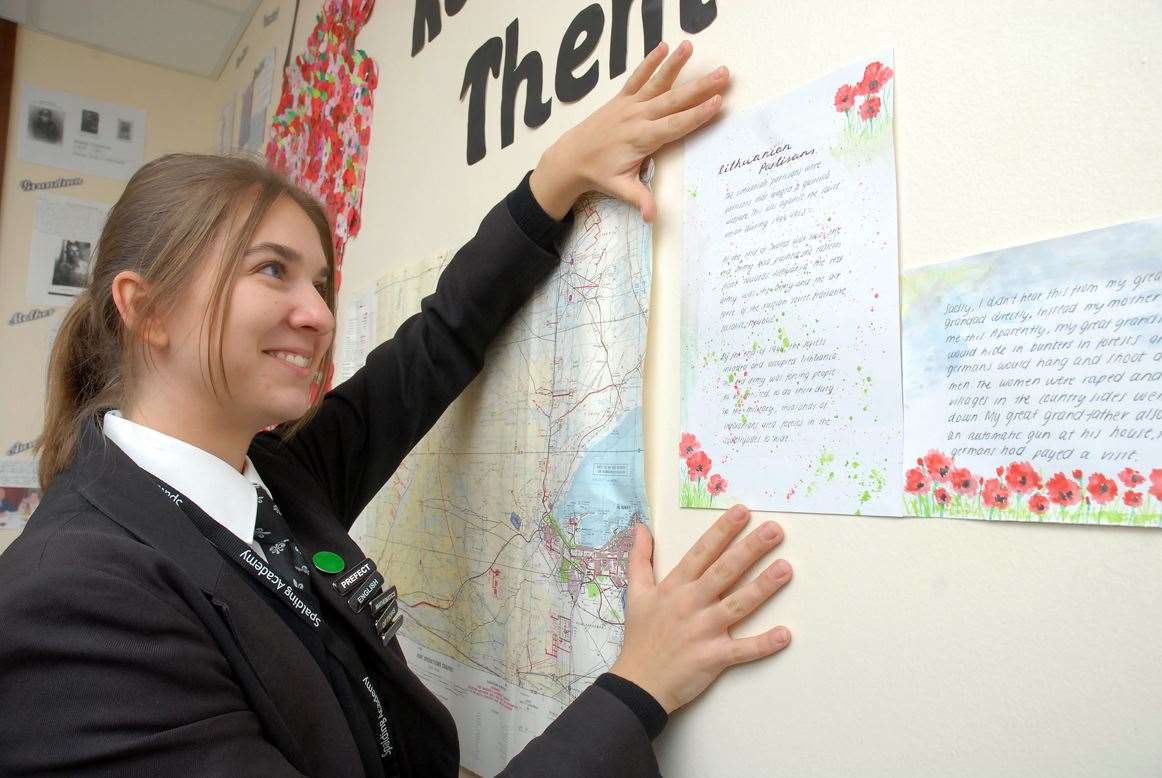 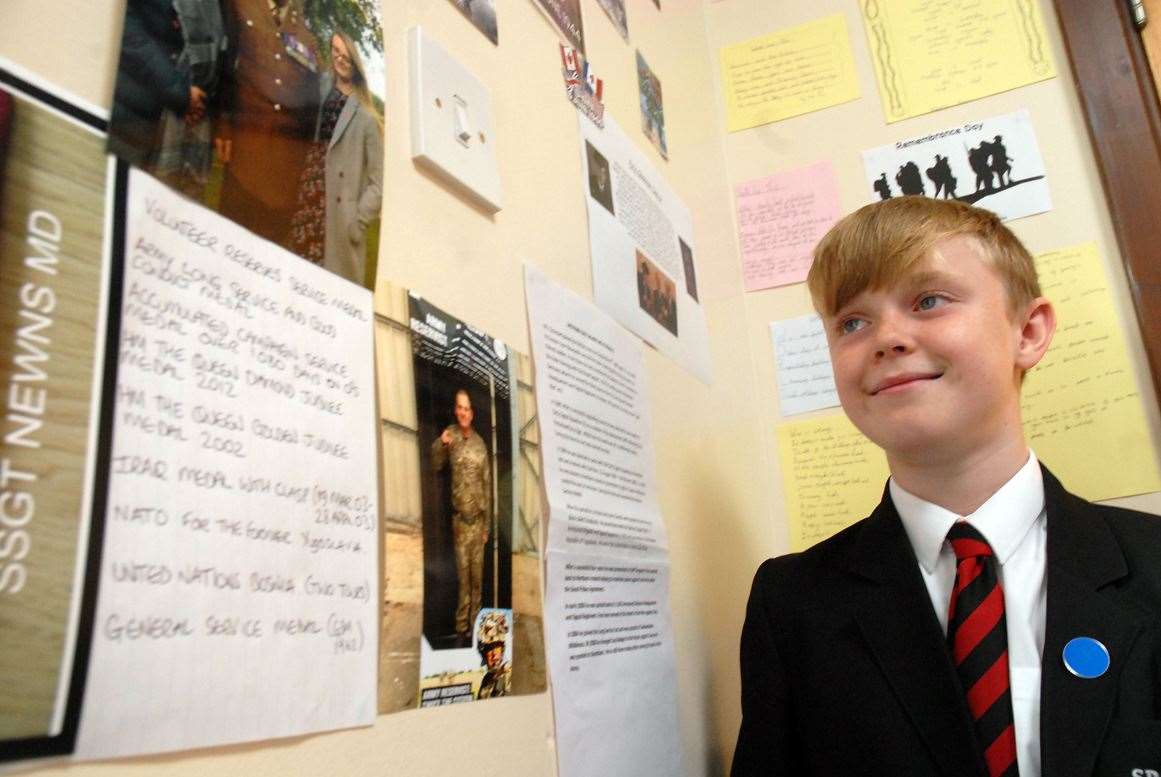 "Many students took part in the creation of the display from colouring in poppies to writing poems about war as well as finding out about their own connections to war. 'We Will Remember Them' and everyone who has served for our countries."

* Spalding Academy students were quick off the mark this year in supporting Rotary International's Shoebox Scheme.