'Potholes outside Gosberton Clough and Risegate School are a hazard for kids and parents', says dad

A dad is continuing his three-month battle to persuade the county council to fix a potholed, crumbling road next to Gosberton Clough and Risegate Primary School.

Andrew Smith first complained to Lincolnshire County Council in October and says a pothole was repaired but nothing was done to fix numerous others or the disintegrating edge of the road.

Andrew and wife Michelle have two children at the school, Erin (10) and Coby (5), and they are among pupils arriving with wet and muddy shoes because they must walk among puddles - and risk trip hazards - because there is no footpath.

The dad also contacted South Holland and the Deepings MP Sir John Hayes and county councillor Rodney Grocock, who also reported the road to the council.

Andrew said following an initial repair, the council said it will be taking no further action.

But he says the road has “literally disintegrated” and repairs are needed. 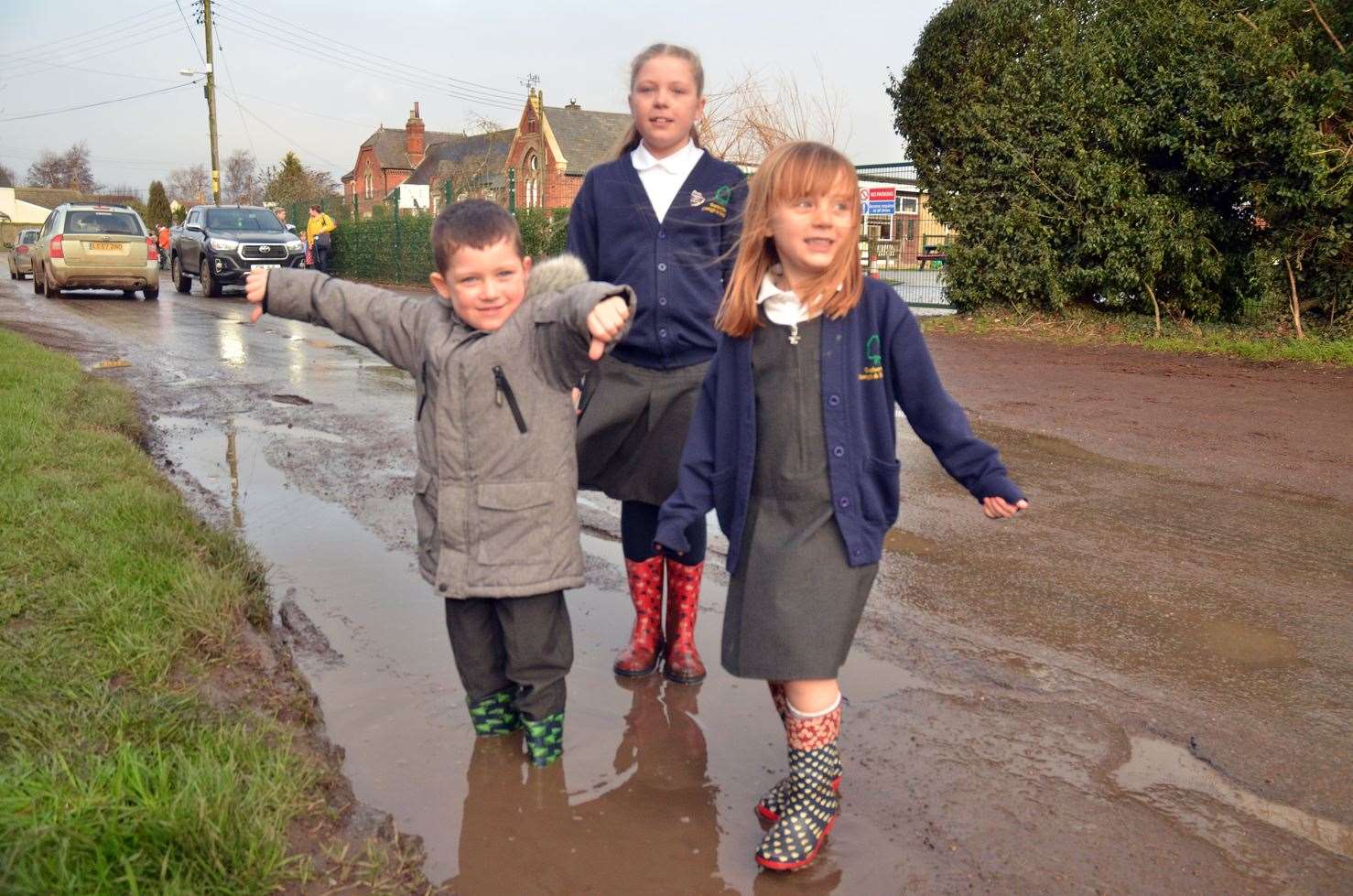 Andrew said: “If they haven’t got the funding to do it now, at least programme it in for a later date.”

We raised the issue on Andrew's behalf with the county council, who now say they are going to inspect the road this week.

"Our teams visited Chopdike Drove to repair potholes outside the school in September and December last year.

"A further inspection will take place this week to assess the state of the road and footpath and plan any future works.

"I'd encourage residents to report any problems with our roads to us online through our website at www.lincolnshire.gov.uk"

Andrew remains concerned about the potential trip hazard for youngsters and their parents because of accidents elsewhere.

He said: “People have been tripping over potholes and it’s costing the council a lot of money to pay compensation.”

Andrew says the road is worse when the potholes are filled with water.

“Children are going to school with wet and muddy shoes,” he said.

Council did nothing about monster pothole for two months ... until Free Press contacted them