Last summer, it was feared Sutton St Edmund Village Hall was on the verge of closing due to dwindling numbers of committee members.

At one point there were just 3-4 people on the committee and an urgent leaflet drop went round the village, asking for help.

People rallied round and on Sunday, the hard work of committee members paid off with more than 100 attendees at a successful 1940s tea dance.

Angela Savage, from the now fully-fledged volunteer-run Sutton St Edmund Village Hall Committee said: "We had people of all ages, from primary school children up to the age of 95.

"The idea was to tie in with the 100th anniversary of the end of World War I and also to mark Armistice Day."

And as people were remembered from both World War I and II the 1940s theme was a fitting tribute.

Entertainment was provided by Peterborough-based Paul Hayward and Sally Rose aka Back Two, who perform music from the decades.

Angela added: "The whole committee was involved in various different ways such as selling tickets, putting up decorations and making the food. I made some cakes, other people made sandwiches and trifles etc.

"People could dress up and we had people in RAF uniforms and ladies with fascinators in their hair.

"Maria Oddy, who is on the committee and her husband Ray, brought memorabilia, and Allen and Barbara Smith brought a vintage car and other memorabilia." 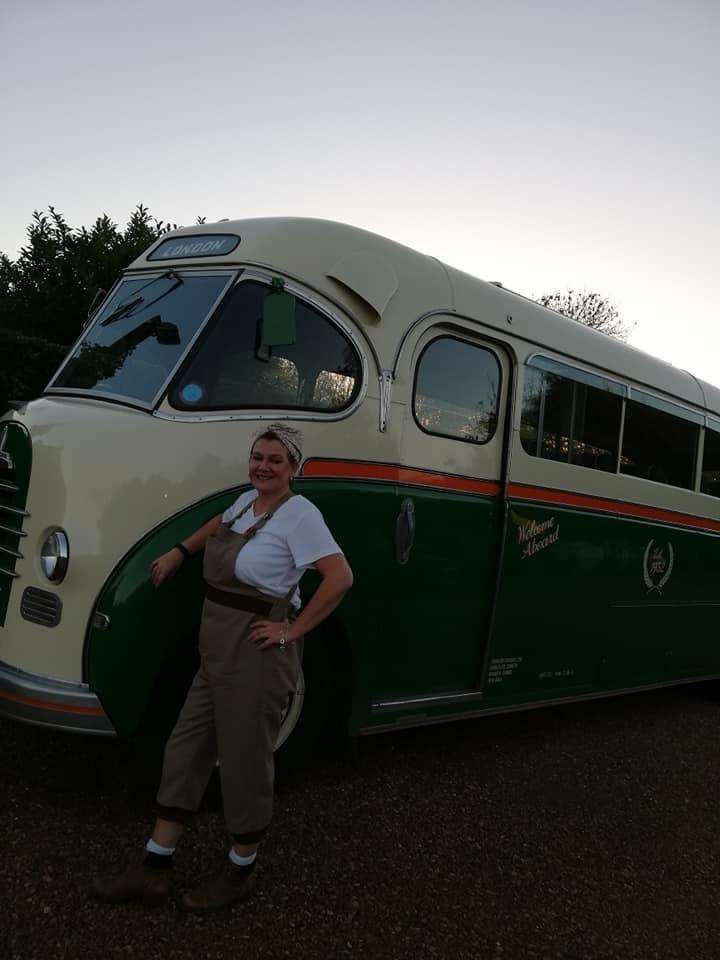 And Towlers Coaches from Wisbech provided a vintage bus to pick up 33 people from the surrounding area to make it to the dance.

"We have a Christmas craft fair and Santa's grotto on December 1 and a New Year's Eve party to see in 2019.

"There is an aerobics class twice a week - on a Monday and Thursday and a fish and chip van comes every Thursday night between 5-7pm.

"It all keeps the community spirit going."