PamPawed, based in the aquatics area at Baytree Garden Centre, in Weston, has a regular clientele and looks after dogs of all shapes and sizes, right up to a Newfoundland.

Bryony (21) and her assistant Ella Wass (16) both have two dogs of their own.

Bryony’s cockapoo, Jessie, is a permanent resident of the parlour when it’s open while guests pop in for a pamper.

The same can’t be said for her chocolate Lab, Willow, who mostly stays at home because she’s “a bit boisterous”. 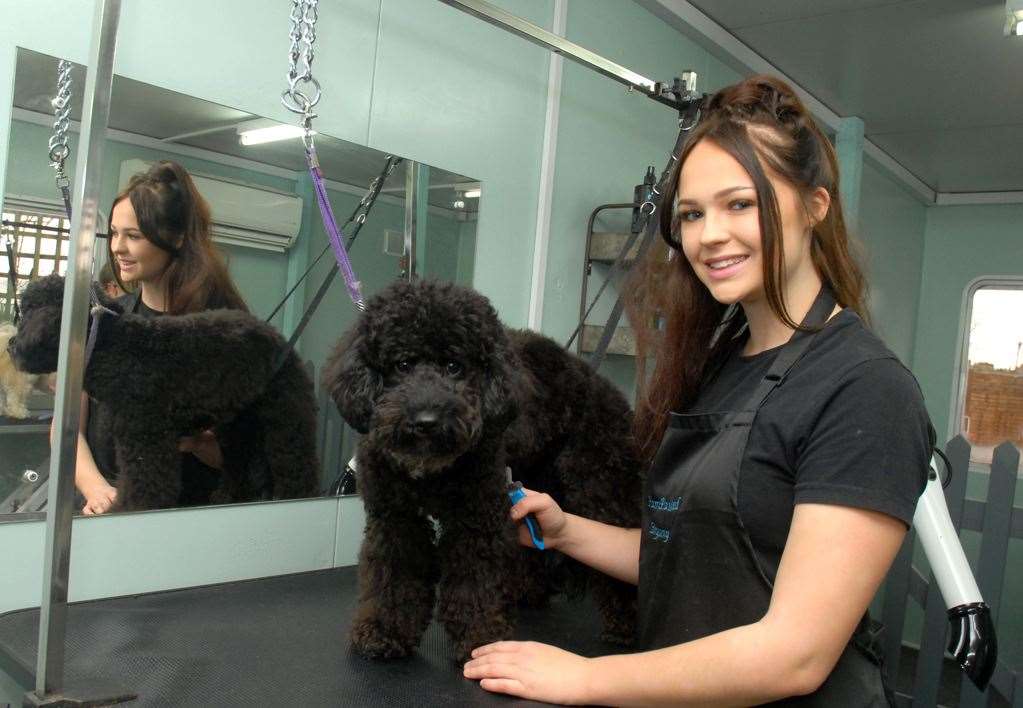 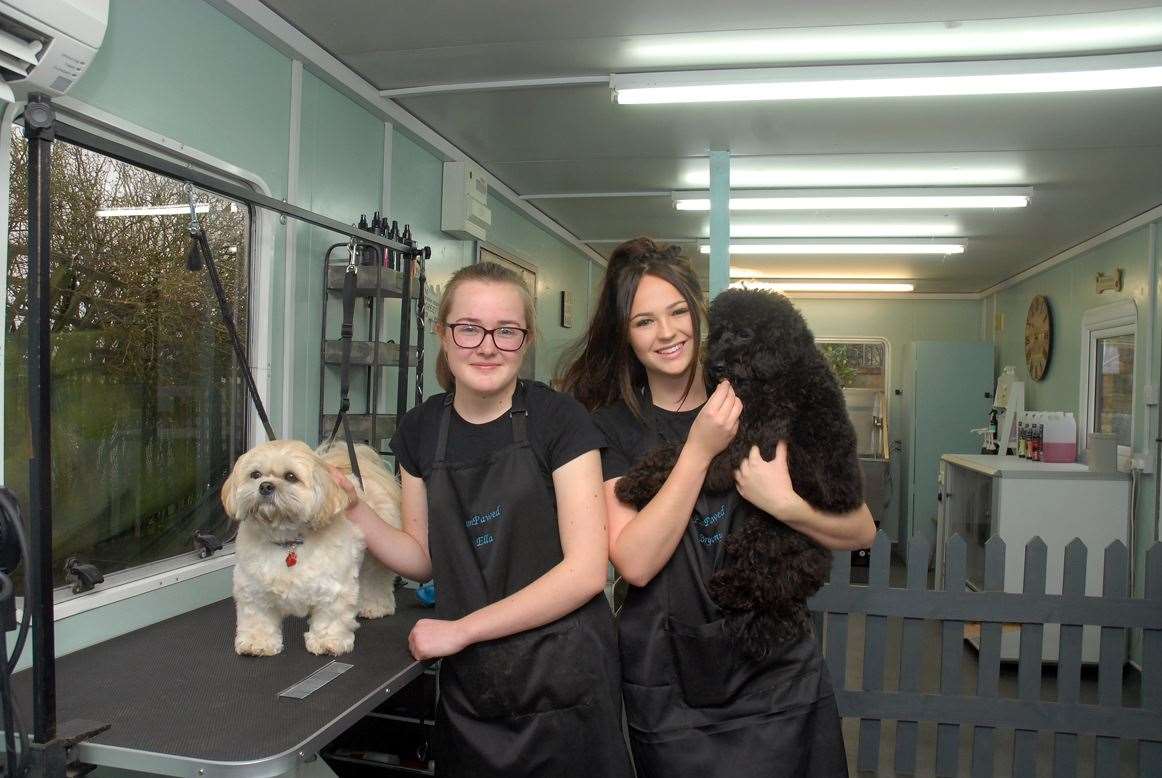 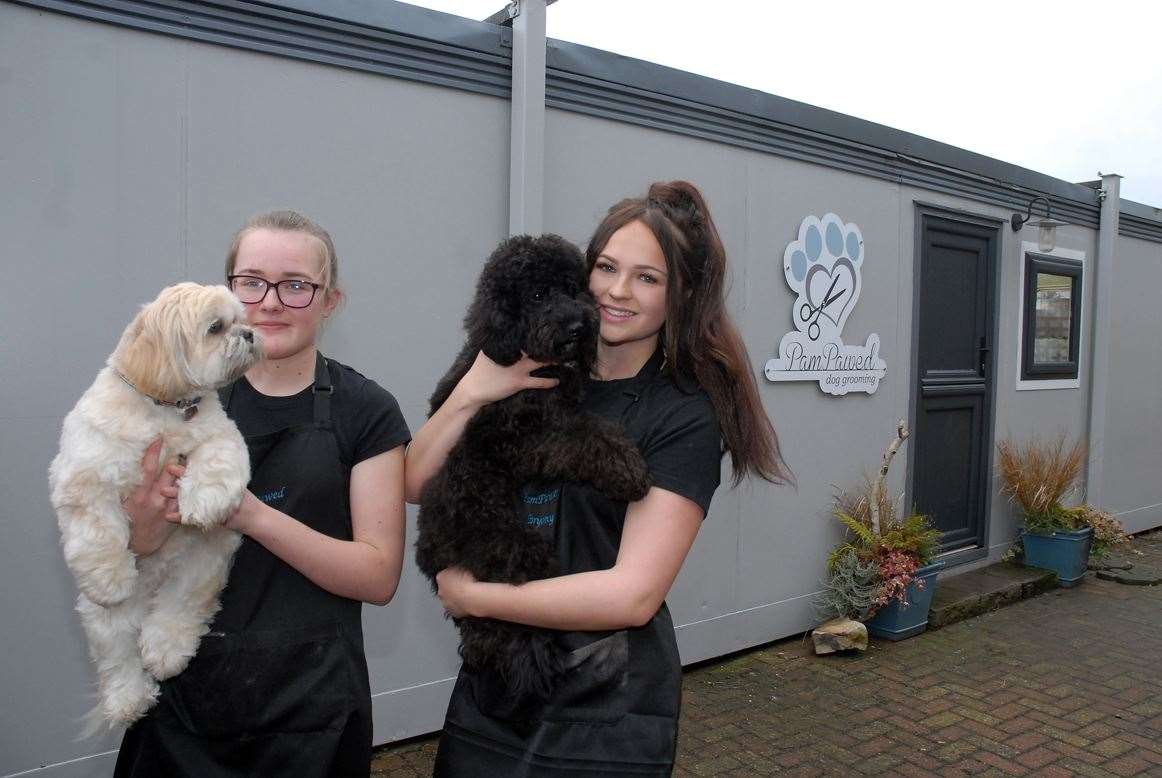 Grooming services include nail clipping, a bath and dry, and a clip off.

The parlour is accessible by car and bus, and two visually impaired people regularly bring in their guide dogs on the bus as do people who don’t have access to a car or can’t drive.

Business has gone from strength to strength over the last couple of years, with word spreading on social media and by customer recommendation.

Ella started as a Saturday girl but Bryony says: “She’s with me full-time now.

“I never thought two years ago I would be open six days a week with near enough a full book.”

Bryony said: “It benefits especially your longer haired dogs to stop them getting matted, and it can also help detect any parasites or any skin problems or any ticks.”

She advises dog owners to introduce their pets to grooming at a young age.

“It’s a lot better for everybody and they enjoy it more.”

The former Gleed Girls’ pupil studied for her dog grooming career at the College of West Anglia for a year and also went to Manchester for a four-week intensive course.

She is City and Guilds levels 2 and 3 qualified, and also has a canine first aid qualification.

More news on women in business from www.spaldingtoday.co.uk -