Children from William Stukeley Primary School came face to face with a gigantic artwork on the side of a lorry trailer - a copy of William Stukeley's celebrated painting of Stonehenge.

The Holbeach school is named after William Stukeley, who was born in the town in 1687, and became one of the founders of field archaeology, pioneering the investigation of Stonehenge.

Pupils had a fascinating collective worship to celebrate Stukeley and were joined by the president of Spalding Gentlemen's Society, Tom Grimes, who displayed a large, original print of Stukeley and presented the school with a catalogue of Stukeley's art from an exhibition the society held at Ayscoughfee Hall.

During the assembly, a group of children who had worked with teaching assistant Helen Rowley over the last few weeks, shared the results of their research into the famous son of Holbeach.

The arts organisation, ‘Transported’, commissioned Electric Egg to create artwork to adorn the side of FreshLinc trailers.

This was part of the Creative People and Places project, which promotes art within the community,

Steve Hatton, one of the artists from Electric Egg, chose the work of William Stukeley as one of the subjects. 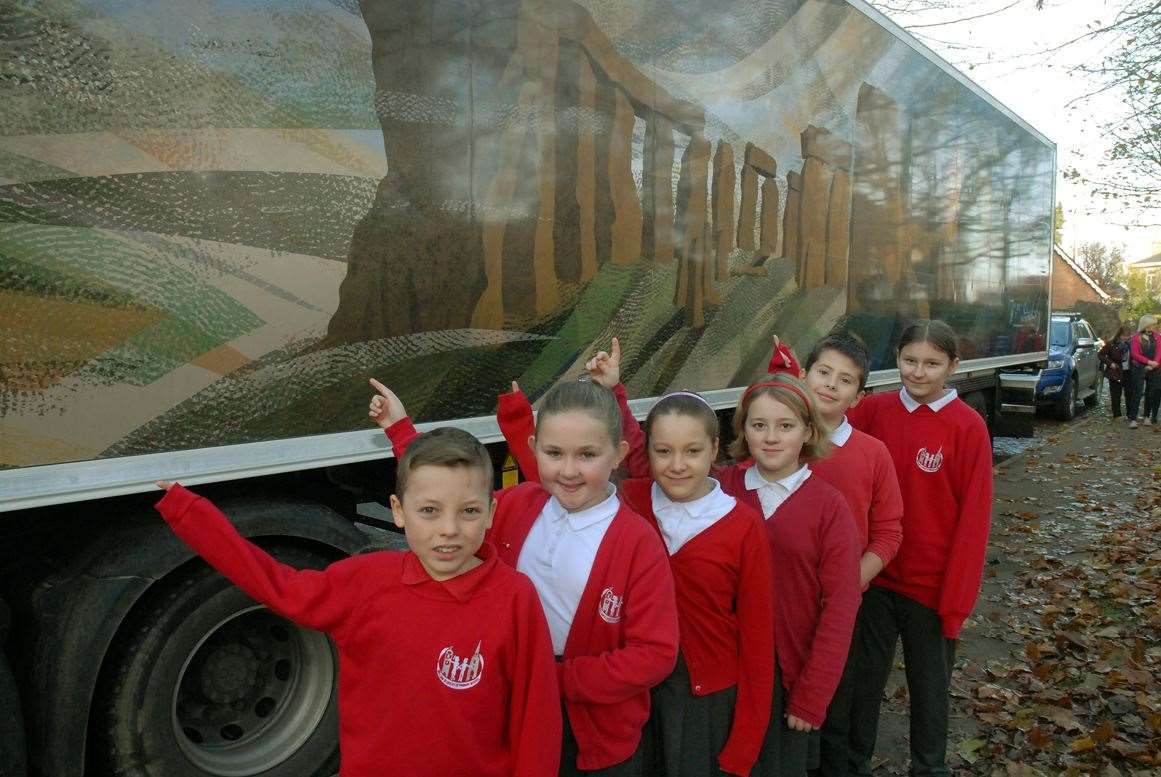 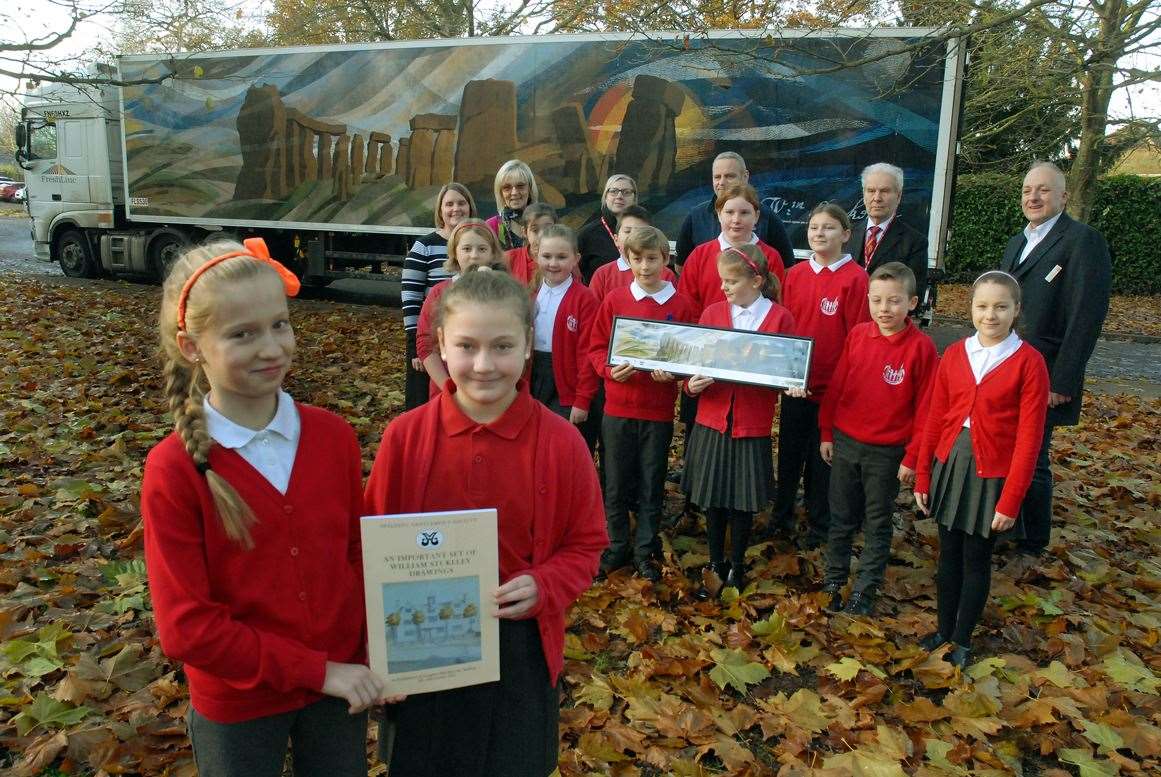 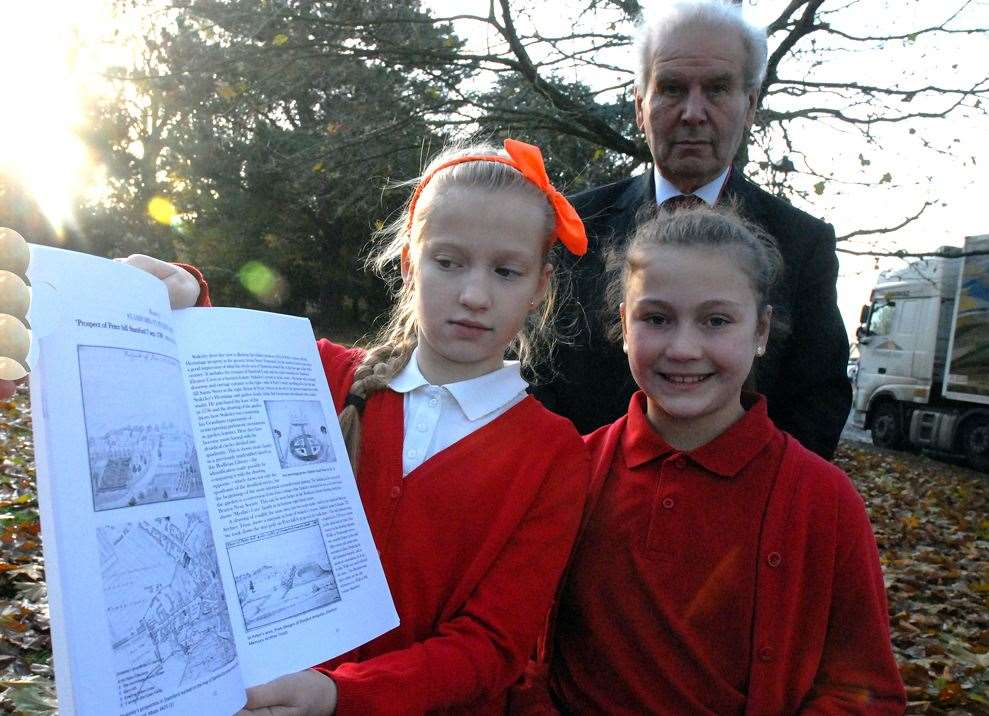 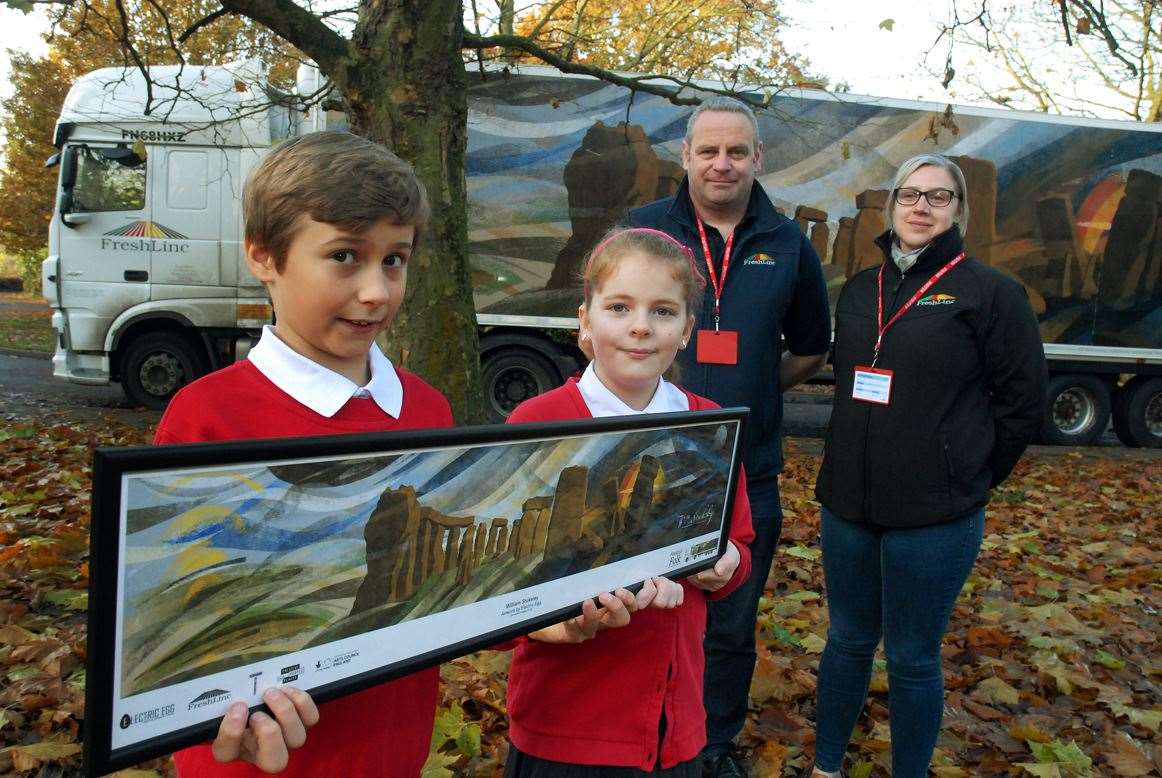 He recreated Stukeley’s amazing artwork of Stonehenge, which is now exhibited on a FreshLinc lorry.

Neil Baker and Steven Hatton also kindly printed the art for the school and two of FreshLinc's drivers kindly presented this art for them to keep.

Head teacher Tom Emery said: “This exciting project of researching the history of William Stukeley has satisfied a long term wish of mine, so that our pupils may learn about the school’s name sake.

"When you enter our school, you will now see a wonderful, permanent display, showing his life and achievements and why he is important to us."

The print of Stonehenge and the catalogue of William Stukeley’s art is now a part of the interesting historical memorabilia kept at the school.

Teacher Helen Ward, the world culture faculty teacher, and the whole school have thanked Neil Baker and Steve Hatton for providing the artwork.

Mrs Ward thanked Ashley Holland, from FreshLinc, for organising the lorry and trailer for the whole school to experience and appreciate the art on such a huge scale.

Mrs Ward said: "We would also like to say a huge thank you to Iain Braid, vice-chair of the school governors, for initiating and liaising throughout the whole project."

* William Stukeley studied medicine at Cambridge University and it was then that he began to make sketches of historical artefacts as well as topographical and architectural drawings.

He pursued the interest alongside his career in medicine and published books including works on excavations at Stonehenge and Avebury.

In a career change, Stukeley was ordained as vicar of All Saints' Church, Stamford in 1730. He died in London in 1765.