Three-year-old crossbreed Maisie isn't shy of the cameras - she's already appeared on national TV with presenter Paul O'Grady in his 'For the Love of Dogs' show.

Now the lovable Boxer/Mastiff cross is settling into home life with Surfleet couple Jill and Trevor Wright after they adopted her from Battersea Dogs Home in London.

Maisie is a little different to other dogs. Sadly, she had to have her front left leg amputated due to a problem with the leg.

But she doesn't let that slow her down. She is thriving with her new family and at dog training with Spalding-based Lincs Training (Dog Training Made Easy).

Jill said: "Our previous dog, who we rescued from Lincolnshire, Essex and Trent Boxer Rescue, died in October.

"It was so empty without a dog, so I got in touch with Dawn Nicholls (from the charity) and she told us about Maisie. She said that Maisie has only three legs and was at Battersea Dogs Home. They had given her an elbow replacement due to a problem with her leg but her body rejected it. 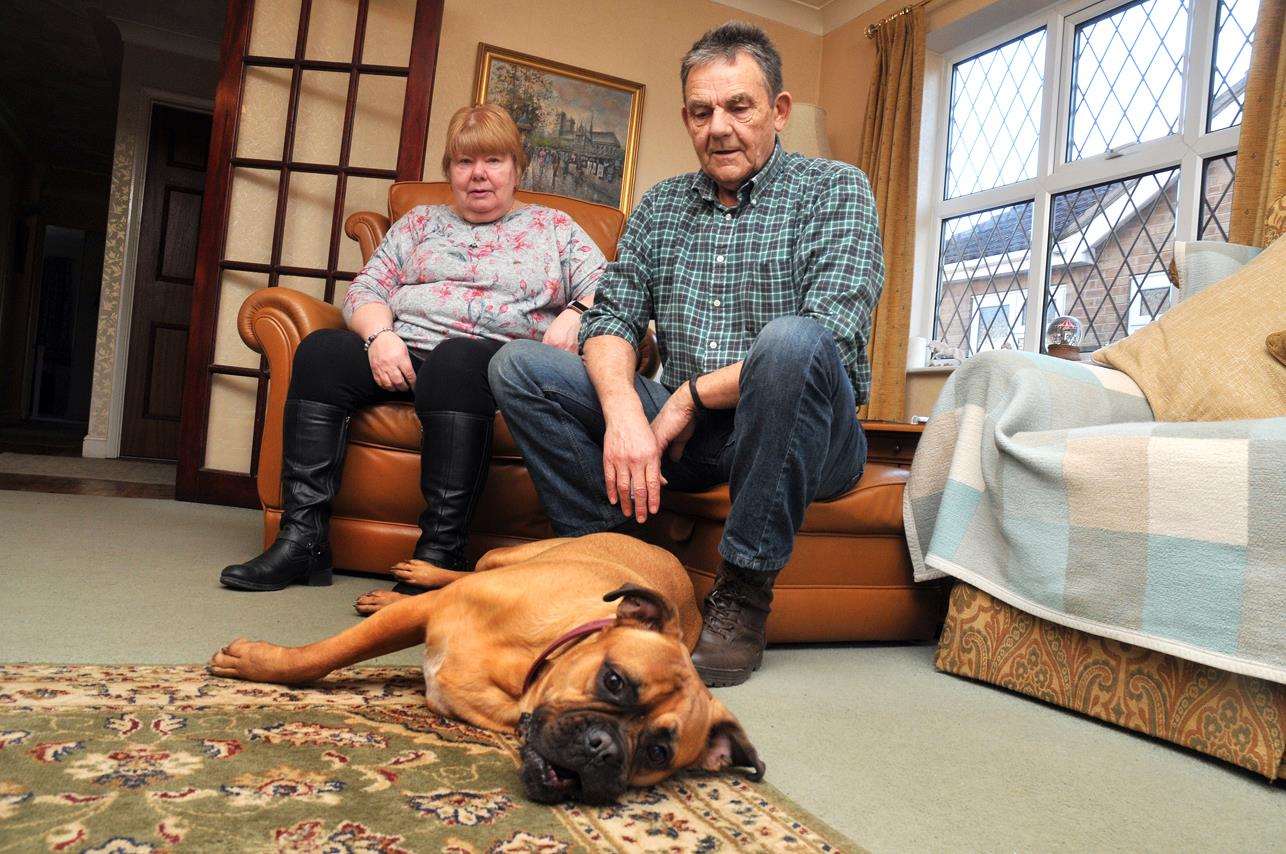 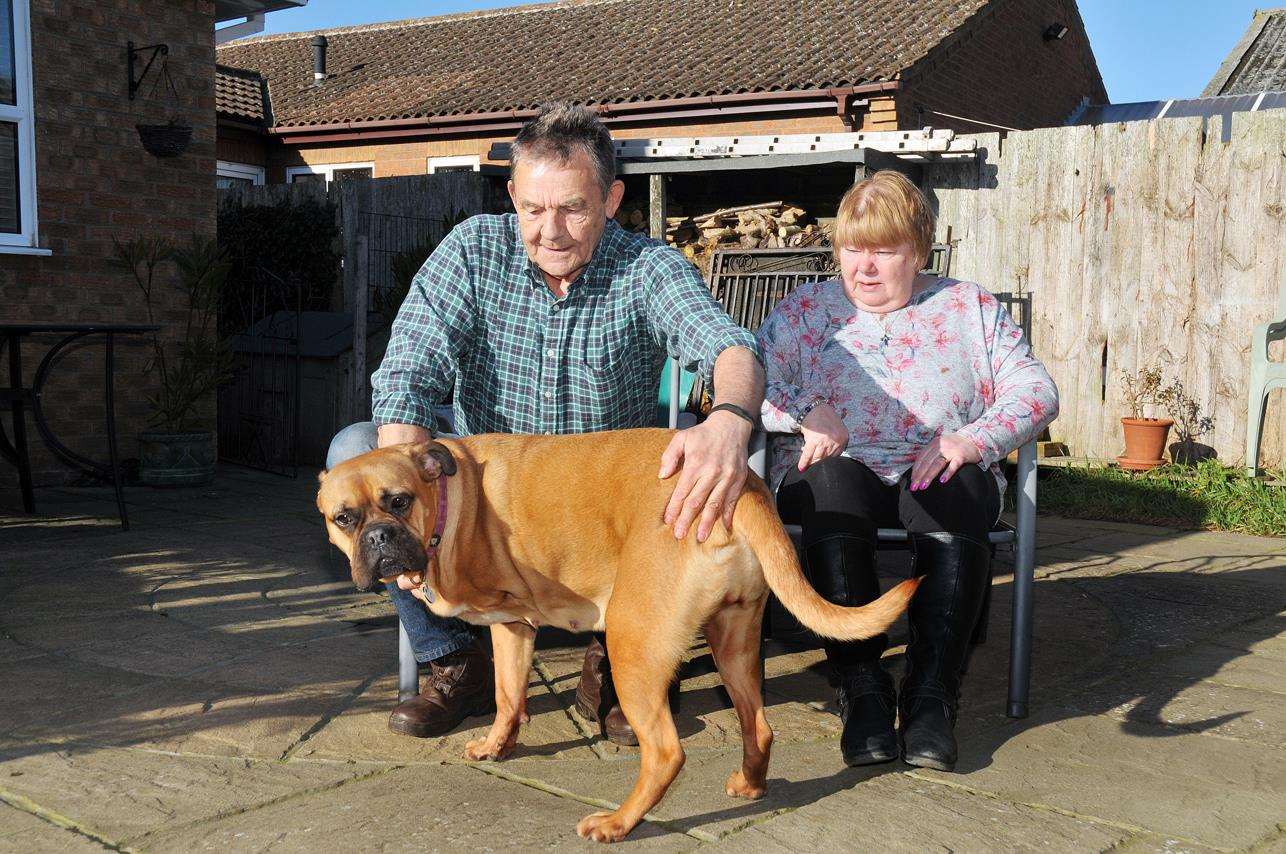 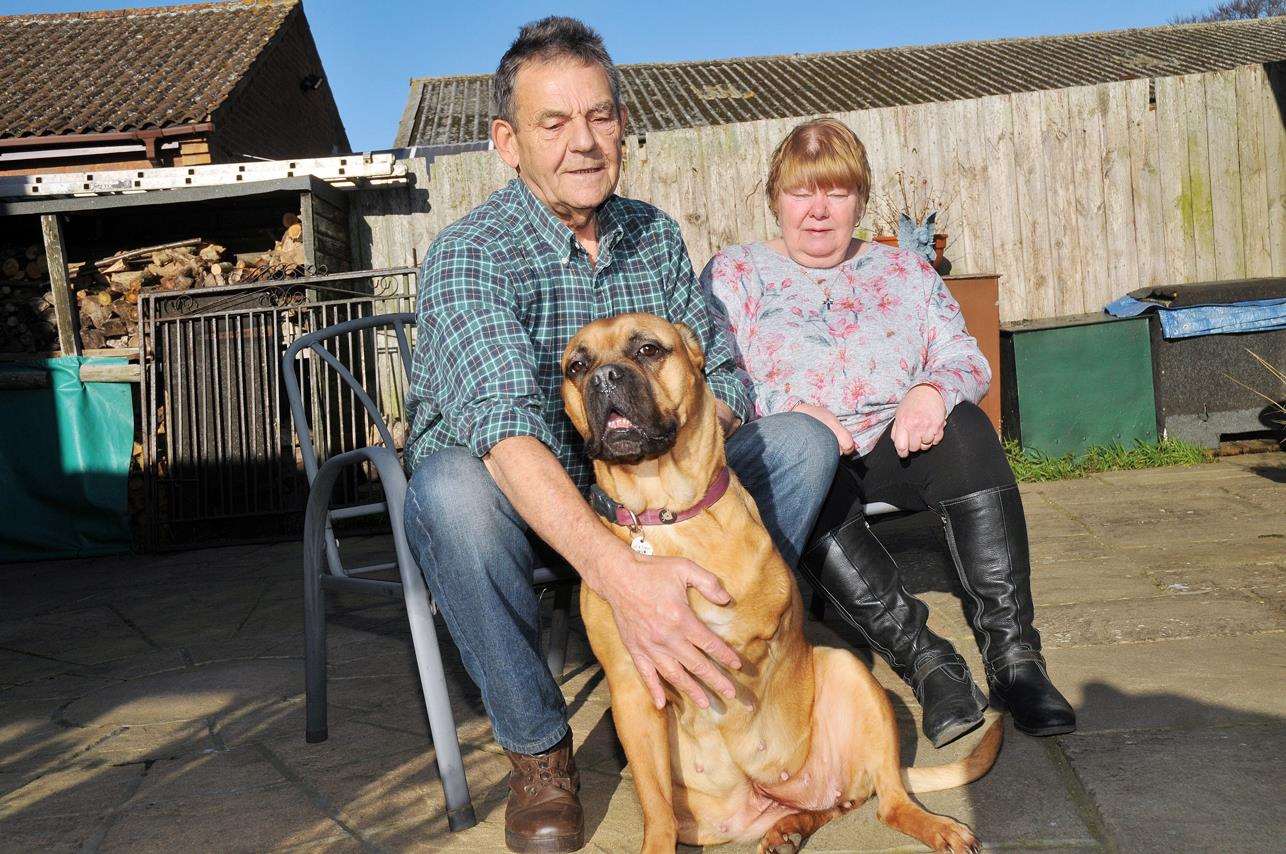 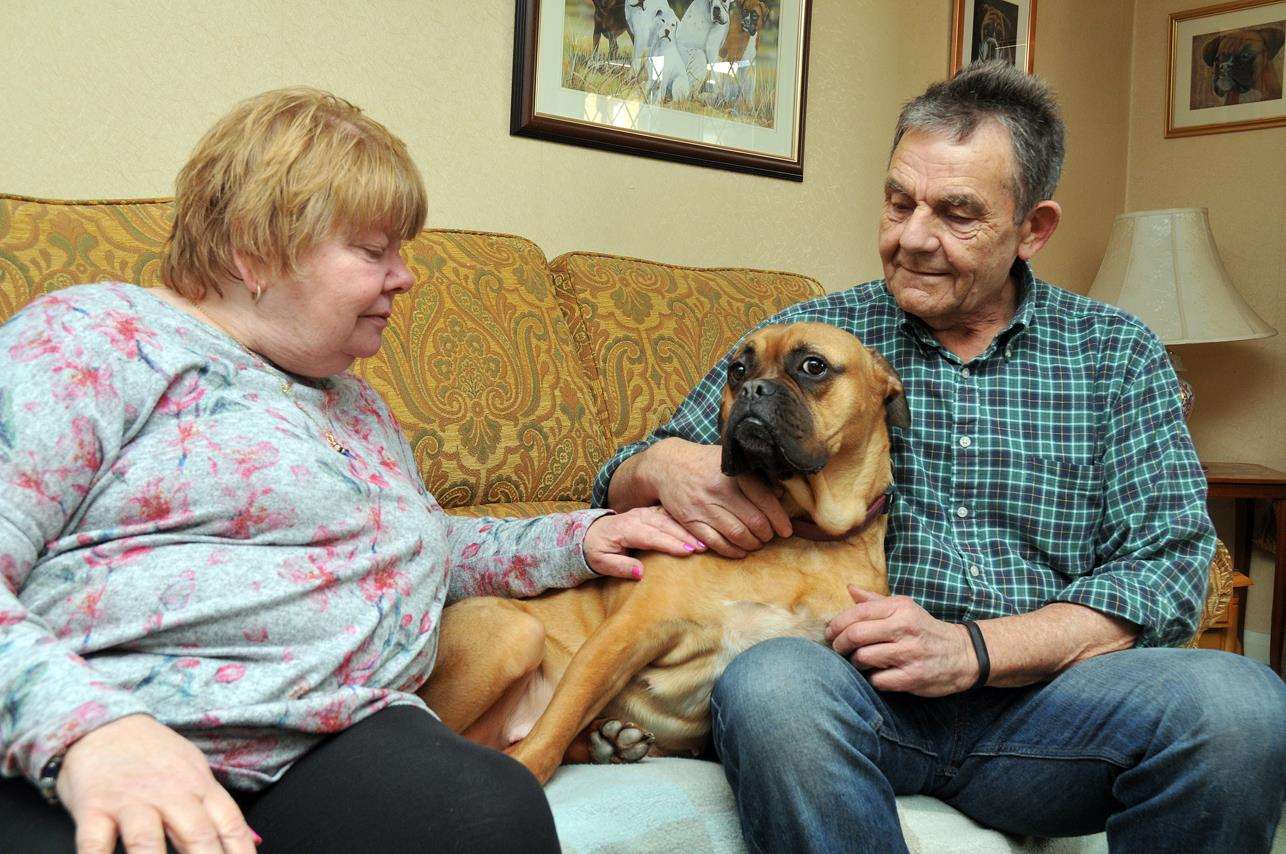 "Paul O'Grady went in and did some filming as he is an ambassador for Battersea. They did everything they could for her but in the end they decided it would be better for her to have her leg amputated.

"We spoke to the vet over the phone, who went over the pros and cons, and an animal behaviourist, before we could adopt her."

ITV returned to film Maisie settling into her new home in a piece that was screened in December.

"I cried my eyes out when I saw it," Jill said, "as they showed a clip when she had four legs that I had not seen before.

"She is wonderful. She recognises Paul O'Grady's voice when he is on the TV.She can be a little devil at times and quite stubborn. But she loves everybody. She is so gentle."

Meggan O'Riordan, veterinary nurse at Battersea, said: “Maisie captured the hearts of many during her stay at Battersea.She quickly became famous among staff for her happy personality and sweet nature.

"Despite all she went through she took everything in her stride. She has so much personality and I know everyone here at Battersea is overjoyed that she is so happy and has gone to the loving home she so deserves.”

Helen Vaitkevicieus, of Lincs Dog Training, added: "Jill and Trevor call her 'Maisie the Wonder Dog'. Rehoming a dog is never easy and you have to click. The partnership between Jill, Trevor and Maisie has definitely clicked."