Bourne residents rally to help neighbours during the floods

Community spirit is alive and well in Bourne after residents rallied last night to help prevent homes from flooding.

A group of up to 60 people got involved in creating and distributing sandbags around the Elsea Park estate to combat rising water levels following yesterday's heavy rains.

Bourne was one of the worst hit areas with flooding affecting a number of road in the area.

One of the people involved in the effort was Gareth Ramsden, who has praised the community for rallying around to support their neighbours.

He said: "This is the first time that anything like that has happened and it was really nice to see people pull together.

"Everyone was so calm. People went into project management mode and made sure everyone was pulling in the same direction. They were offering bags and pillow cases to make sand bags. There were also cars and trucks offered to ferry the bags across the estate.

"Everyone worked so hard. It was amazing."

People had rallied around to help after concerns were raised over social media over the homes close to the estate's pond.

One neighbour had offered some sand which a group of volunteers helped to move.

Mr Ramsden said: "Then there were offers of sand and sandbags which could be delivered from one side of the estate to the other.

"We shifted six tonnes of sand by shovels until about 11.30pm last night."

The alarm was then raised about homes close to the A15 after water levels began to rise.

More sand arrived via a JCB which was then shovelled to create more sandbags.

Mr Ramsden said: "We were distributing to a different side of the street which was under 2ft of water.

"The drains on this side of the estate were over flowing. Thankfully the houses were raised so it was hard for the water to get in." 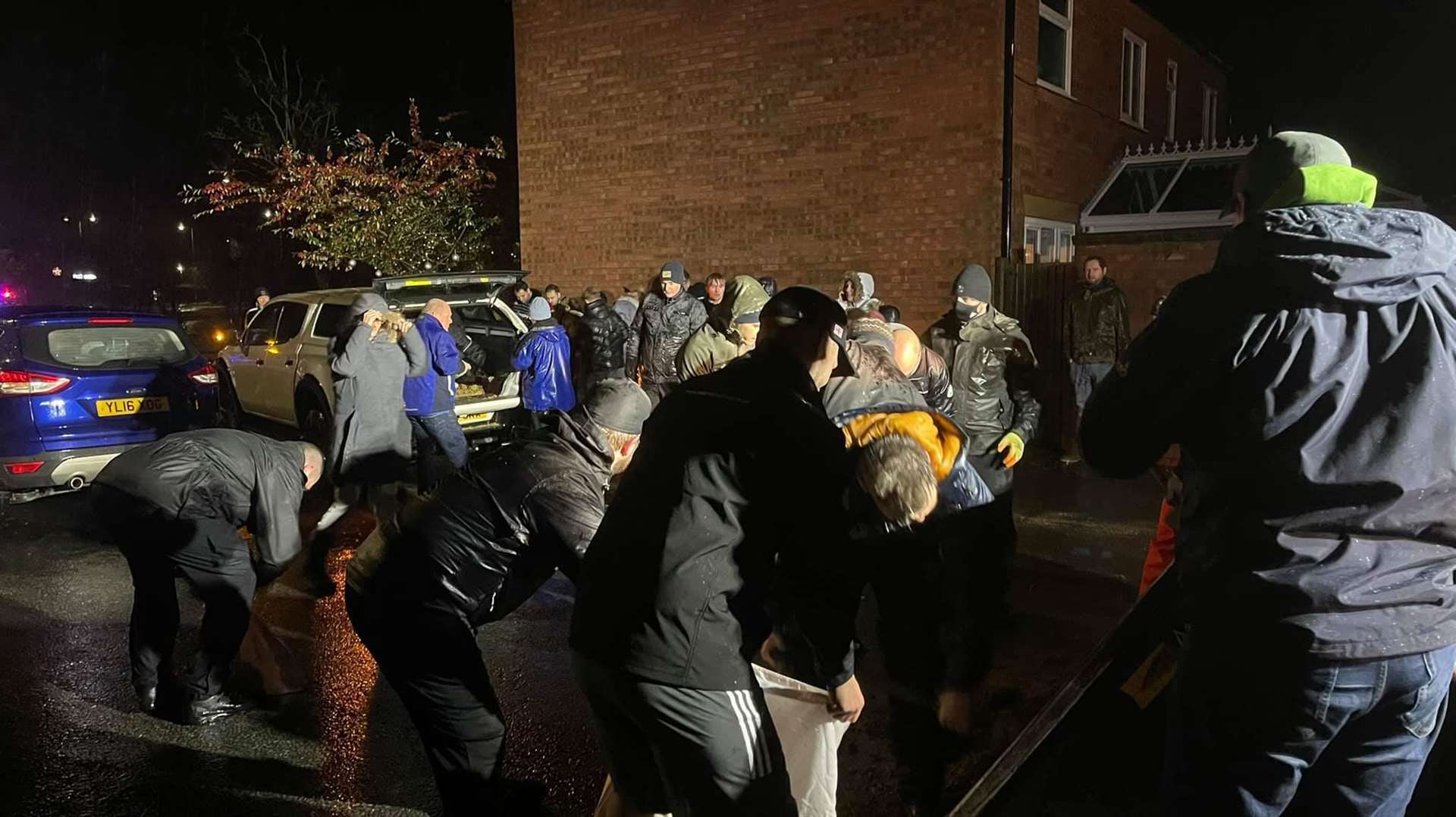