Inventor and newspaper columnist John Ward has settled a squabble between two sets of wildlife in his garden by designing special feeding tables.

John, who writes for our sister paper the Spalding Guardian, acted so that the birds and squirrels that frequent his Moulton Seas End garden could both thrive.

The former Monster Raving Loony Party member was delighted when three grey squirrels, which he christened Sid, Eric and Hattie, decided to pay regular visits but worried when he saw they were taking food left out for the birds.

So, he started putting nuts out for the squirrels on their own table... but then it was payback time as the birds - magpies especially - cottoned on and then raided the squirrel table!

There was only one thing for it, John designed his own 'squirrel tower', using an old office chair, a car exhaust pipe, MDF off cuts, a car seat frame, discarded wall brackets, plywood and odd lengths of wood.

The squirrels can gain access to the nuts inside the tower by climbing up the ladder and through a ‘trapdoor’ in the floor and the tower has special railings (actually wooden barbecue food skewers) to prevent birds getting in and taking the nuts. 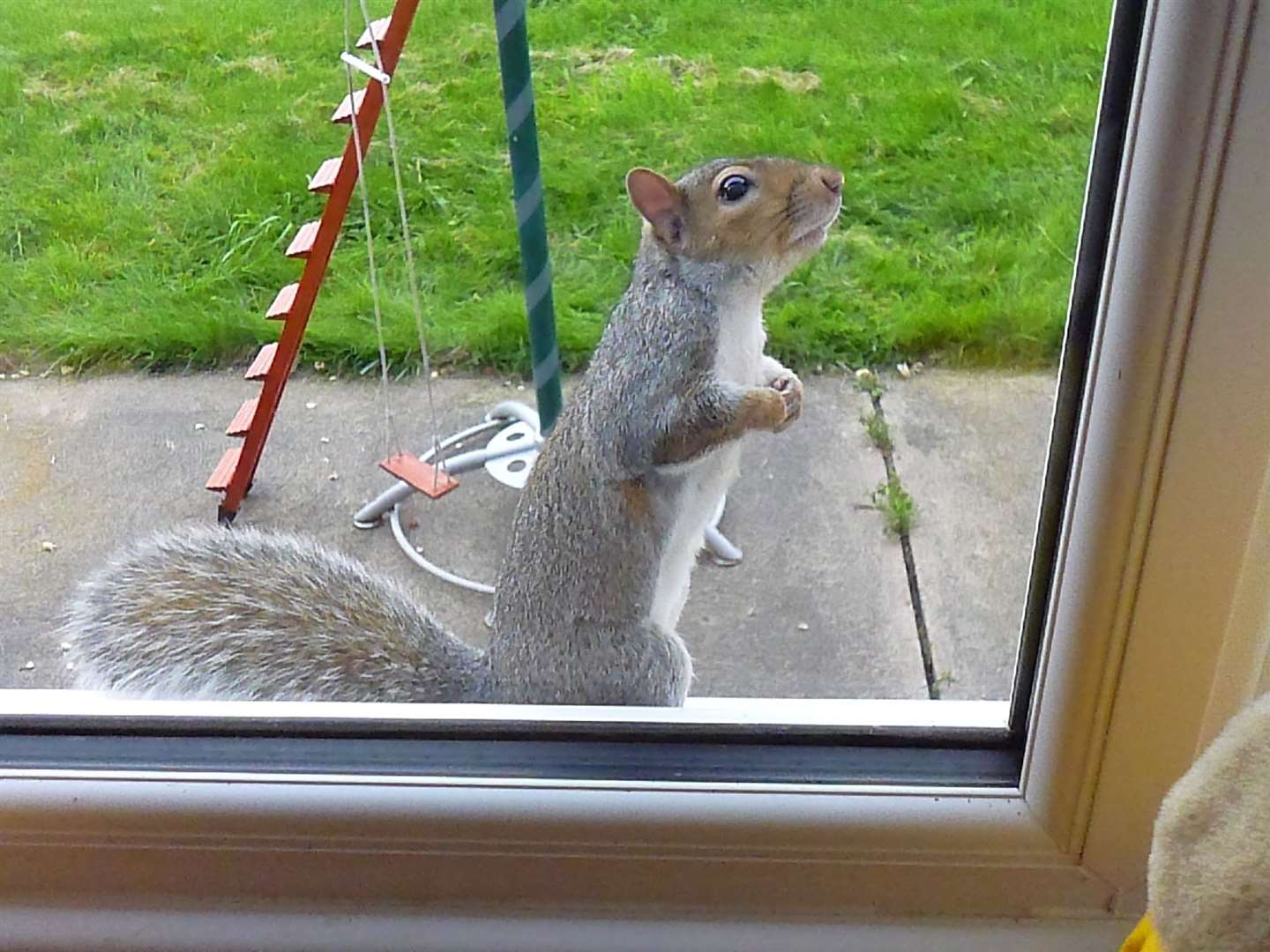 There is also a swing on the outside for them to use if desired!

John said: "Squirrels do get bad press at times as they are regarded by some people as being pests but we have found that by feeding them as we have been doing since we first noticed them we have not had any problems.And now, once the nuts have been eaten,Sid climbs on the window sill to let us know!"