Former Spalding butcher Maurice Scotney celebrated his 100th birthday on Friday surrounded by family and memorabilia from his long life.

Maurice was born above the saddlers shop run by his father, Jesse, in Swineshead, two days before the Armistice was signed to end World War 1.

He was the youngest of Jesse and Ada Scotney's four children and didn't have far to look for inspiration to decide his path in life.

A butcher's shop stood over the road and as a young boy Maurice decided he wanted to be a butcher.

All he would say about his time at Donington Grammar School, which became Thomas Cowley High School, was: "I hated every minute!"

Maurice married his childhood sweetheart Bessie King in 1938, and the couple moved to Spalding where they spent the next 48 years.

In Spalding Maurice first worked as a butcher for Billy Smithson until he started on his own when he took over the business while Bessie ran the adjoining sweet shop, known as King's. 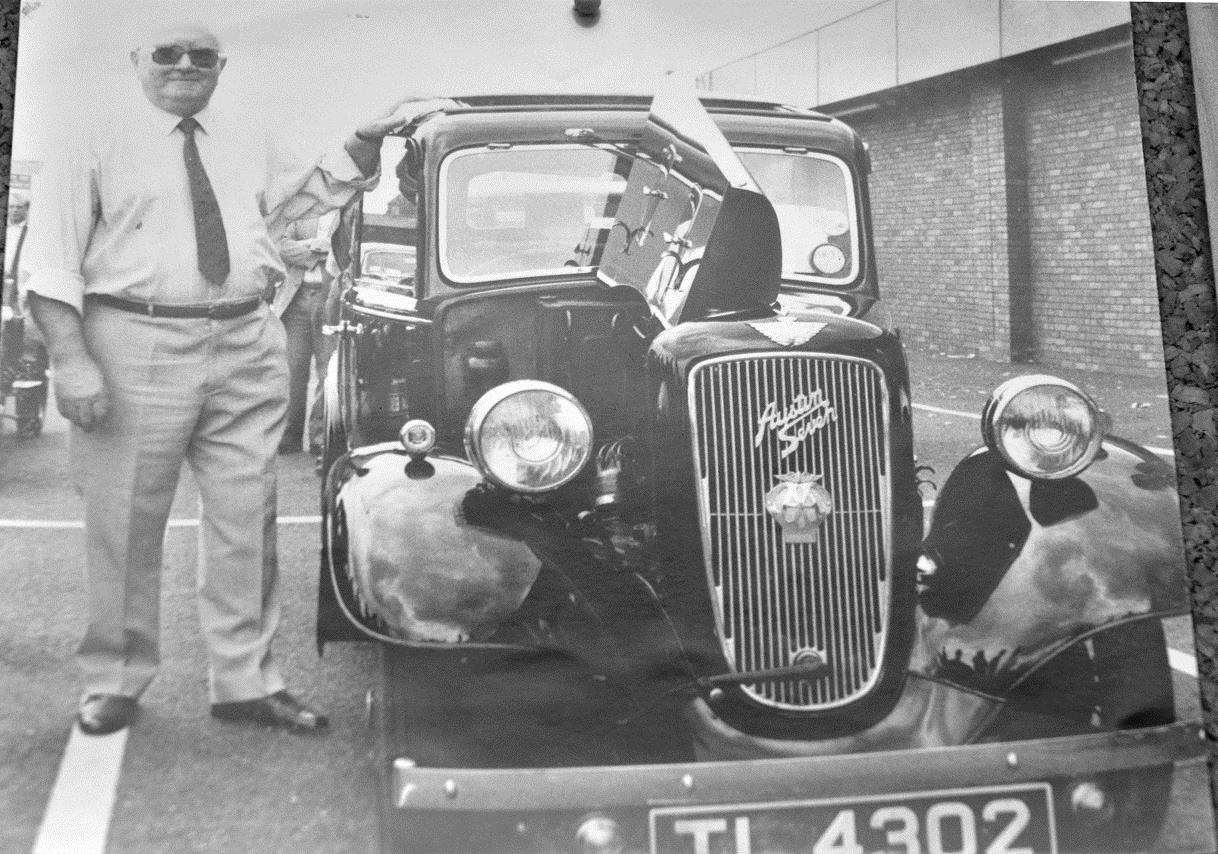 "I had a marvellous time," said Maurice. "I was busy."

Asked about his favourite meat to eat, Maurice says: "I liked all of them, everything, although my favourite was sirloin of beef."

As well as the shops, Maurice had a slaughterhouse and a bake house on site.

Following their retirement, Maurice and Bessie returned to Swineshead.

When the couple celebrated their diamond wedding anniversary, Maurice said: "We've worked together over the years and you have got to. It's not always easy but you have got to give and take."

Maurice stayed in his home in Swineshead until five months ago, when he moved to Gosberton House Care Home.

At Maurice's party, there was a gigantic pork pie with 'Happy 100 Birthday' on the top, and hehad his butcher's apron and straw boater to hand.

Grandfather clocks were a big passion and his birthday cake was fashioned after one of his favourite time pieces.

As a young man, he would change cars every six to nine months, doing up the old one before upgrading to something better, and there were Bentleys and Rolls Royces among their number.

Sue recalled how her dad enjoyed working on cars, as well as restoring grandfather clocks and furniture, and says: "At one time he changed his cars like he changed his socks."

Beryl told us: "He was fantastic as a father and very hard working."