FEATURE: From the 'Grumpy Old Men' to learning a new language or disco dancing - the U3A in South Holland has something for everyone

It was while talking to Steve Field, the publicity officer for the U3A Spalding and district branch, that he told me about the ‘Grumpy Old Men’ group.

We were talking about a different matter entirely when he mentioned this and I felt I had to pop along to one of the U3A’s meetings to find out more. (There is also a U3A group in Sutton Bridge, which covers the town and district, one in Bourne and another in the Deepings).

The ‘Grumpy Old Men’ group is just one of the many ‘interest’ groups that people can join as part of the University of the Third Age or ‘U3A’.

The U3A has been running more than 35 years across the UK, formed ‘to encourage groups of people in their third age to come together and continue their enjoyment of learning in subjects of interest to them.’

And there are interest groups available in everything from singing, to gardening, to learning a different language - to disco dancing!

At the Spalding and district group’s monthly meeting at Surfleet Village Hall on Thursday, April 4, I met Ian McCallum (72) one of the so-called ‘Grumpy Old Men.’

“We started about six to seven years ago and used to meet in the pub. We called ourselves the ‘Grumpy Old Men’ because you have the Loose Women and the Grumpy Old Men on TV.

“The group leader unfortunately had a stroke and we now meet at his home so he gets to keep in touch. After we’ve had a chat we’ll always have a biscuit too.

“We take the mickey out of each other. There are about 12 of us in the group and seven or eight of us meet up each month.”

There is no minimum age requirement to be part of the U3A, but it says its members are mainly those who are no longer in full-time employment or raising a family.

Trudy Fox (77) and her husband Ivan (80), from Donington, met their friends Irene and husband Dave Gardner, who are both in their 70s, at their first meeting. 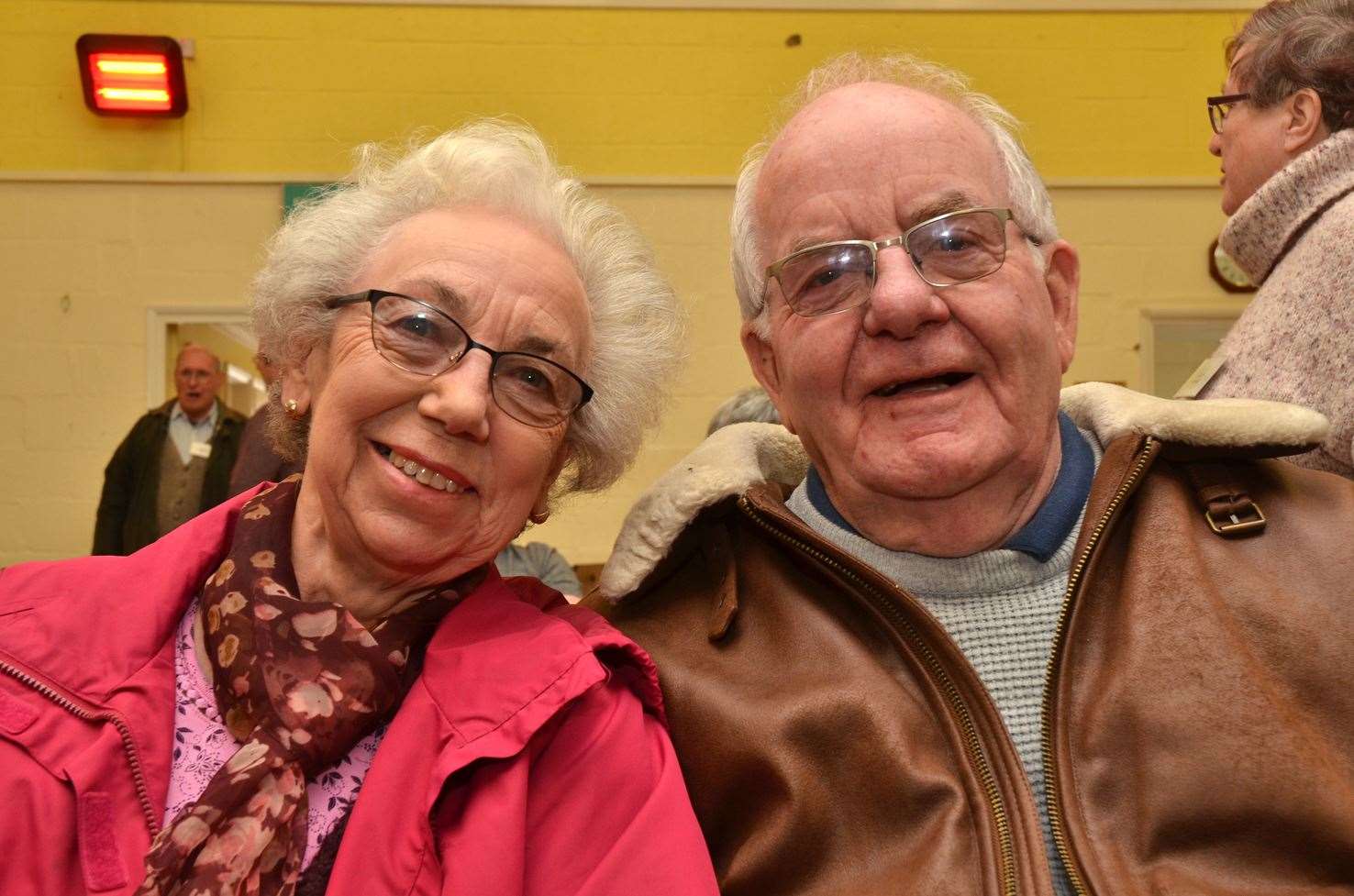 All four have been part of the U3A for the past nine months.

“It’s something to do and get us out of the bungalow,” Ivan said.

Trudy added: “We have a different subject to listen to each month. I have joined the gardening group but I haven’t had a chance to get to it yet.”

At the monthly meetings, a speaker will visit and this month saw Keith Talbot, a retired engineer from Bourne, talking about vintage shop advertising display figures.

Irene, from Spalding, also belongs to a gardening group and the ‘out and about’ group, which saw them recently visit Cranwell Aviation Museum.

“We have all made friends since meeting at the group,” Dave said.

“We were introduced to the U3A by a friend we met on holiday,” said Steve. “I’m a member of the stamps, coin and cribbage groups, which I find very enlightening.”

And Pam said: “I belong to the dance and exercise group. It’s so enjoyable and there’s always coffee and biscuits afterwards.”

The Spalding and district group chair is Margaret Crossgrill. She said: “We moved up here from Hertfordshire almost nine years ago and already knew about the U3A.

“We have about 350 members now. We are not as big as some but we are growing.

“It is about learning, and doing something different,” - chair Margaret Crossgrill.

“We get an awful lot of teachers and people who do not just want to sit and do nothing. They want to keep their mind active. We get people who are on their own and they get friendly with other people.

“It is about learning, and doing something different.”

At the meeting on Thursday, gifts were presented to Richard Adgate and Tessa and Peter Chapman who have been running interest groups for ten years. Joan Gibbs, who has been running the luncheon group for many years, also received a gift. They are all now stepping down from their roles and a new person is needed to run the luncheon club.

The Spalding and district group celebrates its 21st birthday in October.

Membership costs £16 a year to join and new members are invited to attend two monthly ‘taster’ sessions before deciding to join.

Each individual ‘interest’ group costs nothing extra to join, but there can be additional fees for certain trips out etc.

The Spalding and district group meets on the first Thursday of each month at Surfleet Village Hall, except for next month when the meeting will be at Baytree Garden Centre in Weston.

Among the interest groups people can join are: art, aviation, creative writing, family history, photography, games and gossip and many more.

To find out more, visit the U3A Spalding and district group's website at: https://u3asites.org.uk/spalding/home

The full list of U3A groups in the region and contact details can be found at https://www.u3a.org.uk/

Pantomime parade as U3A throw themselves into season

SPECIAL FEATURE: Making new friends with the A1 Club at Baytree

FEATURE: A club that feels more like a family