Several farmers are counting the cost after a devastating fire destroyed tractors, trailers, machinery and tools in Moulton Seas End on Wednesday.

Fire crews from four stations were called to a site in Carrington Road, Moulton Seas End, where two agricultural buildings were alight at about 3.10am.

At least four fire engines from Donington, Holbeach, Kirton and Spalding were sent to tackle the fire, the cause of which was as yet "undetermined", according to a Lincolnshire Fire and Rescue spokesman.

Martin Wakefield, of Moulton Seas End, one of the farmers affected by the fire, said: "I woke up to a noise on Wednesday morning and when I looked out my window, there were flames coming out of the roof of the main shed. 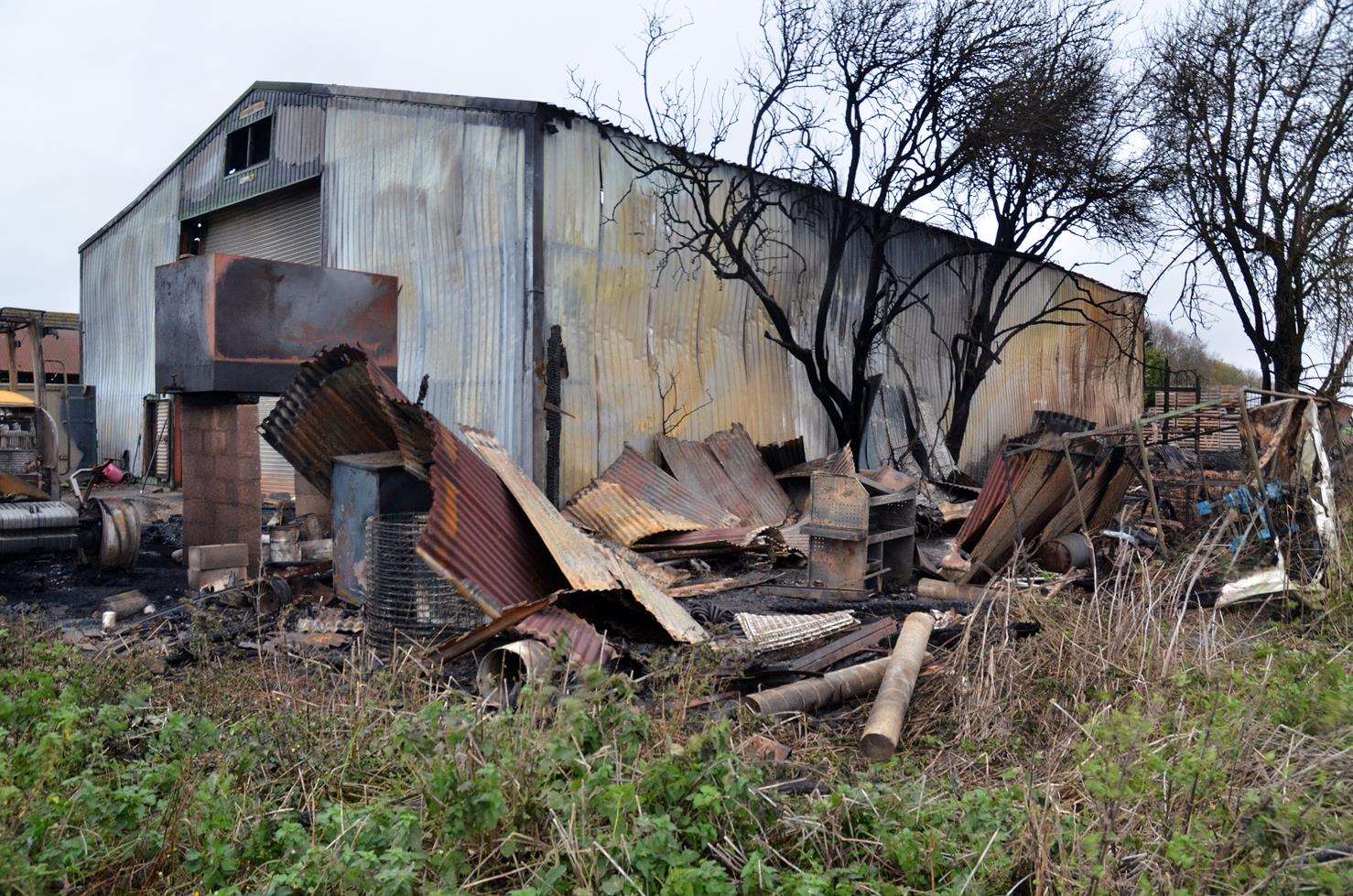 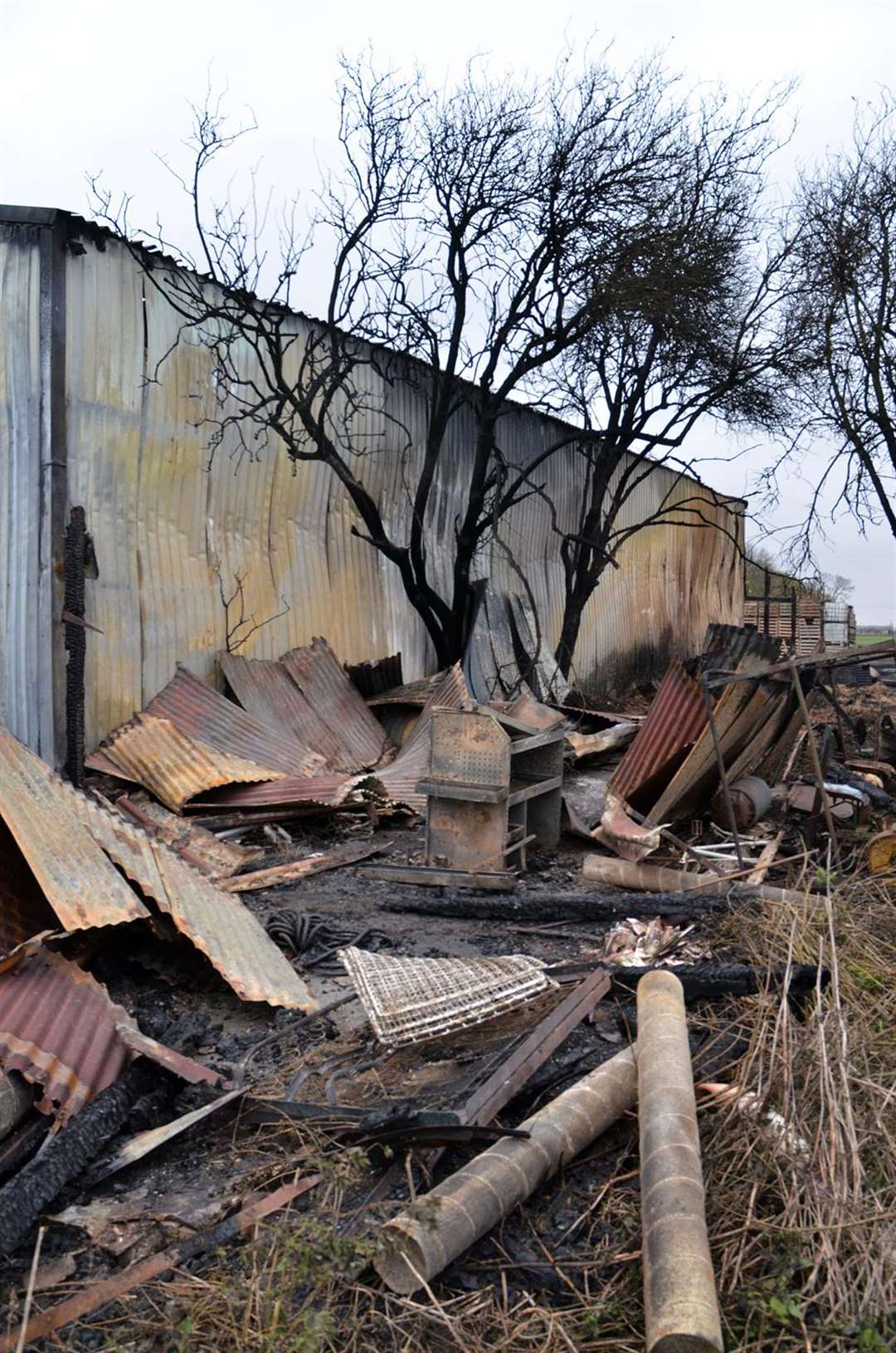 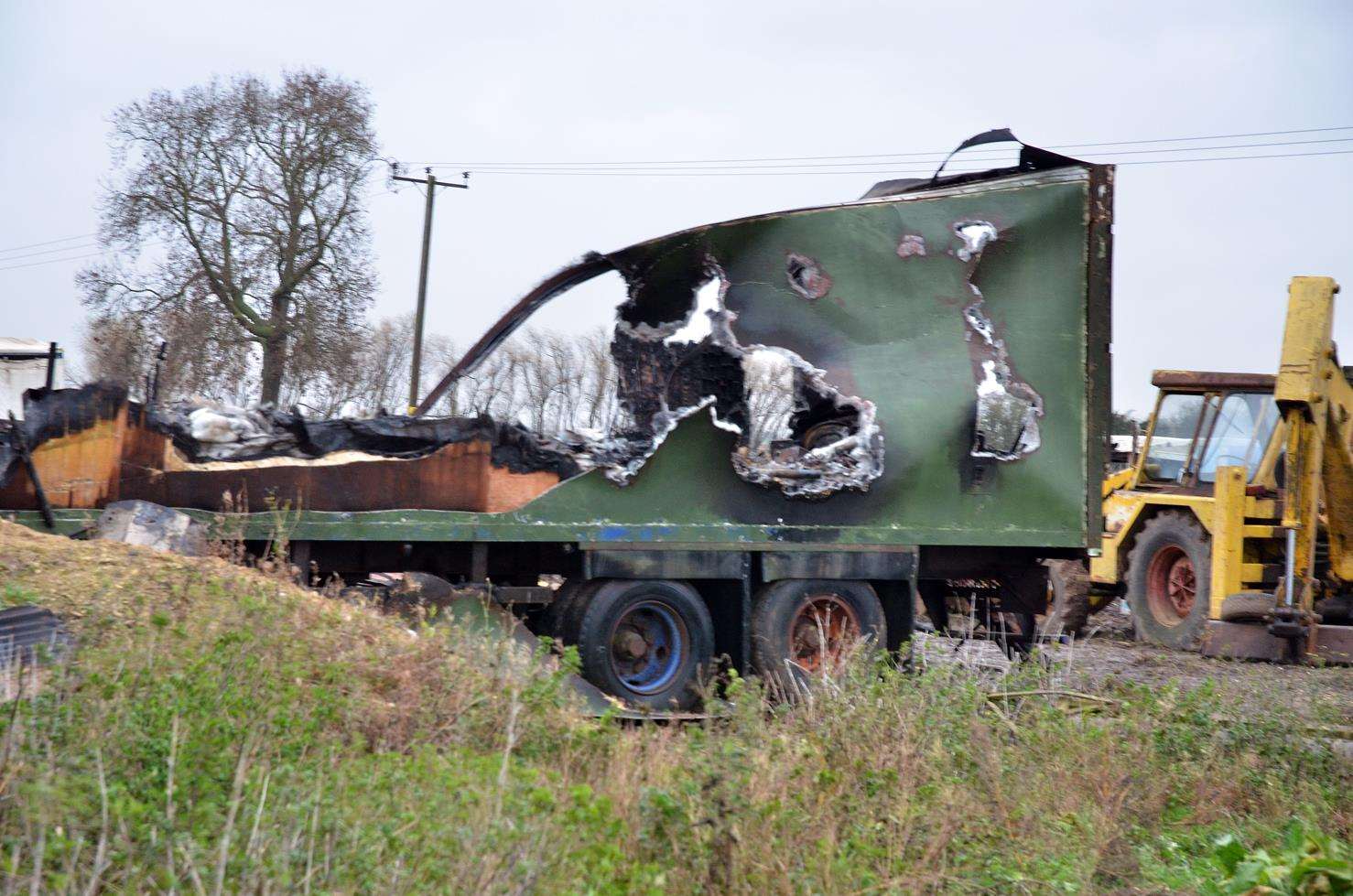 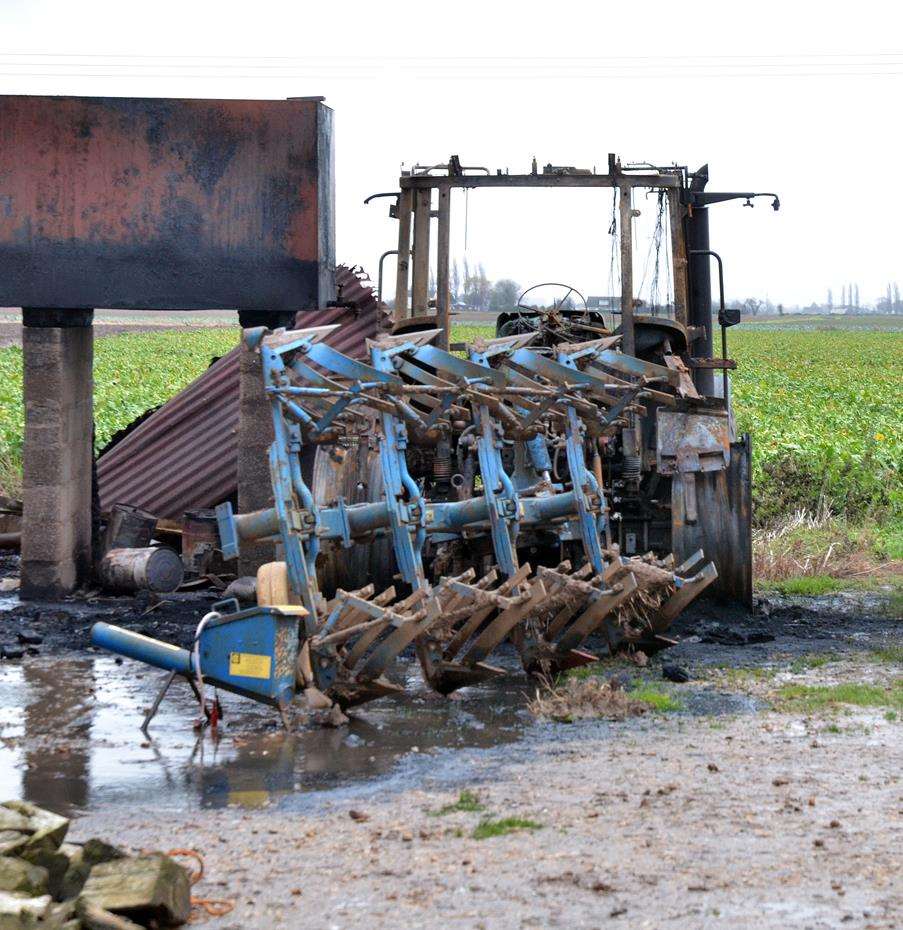 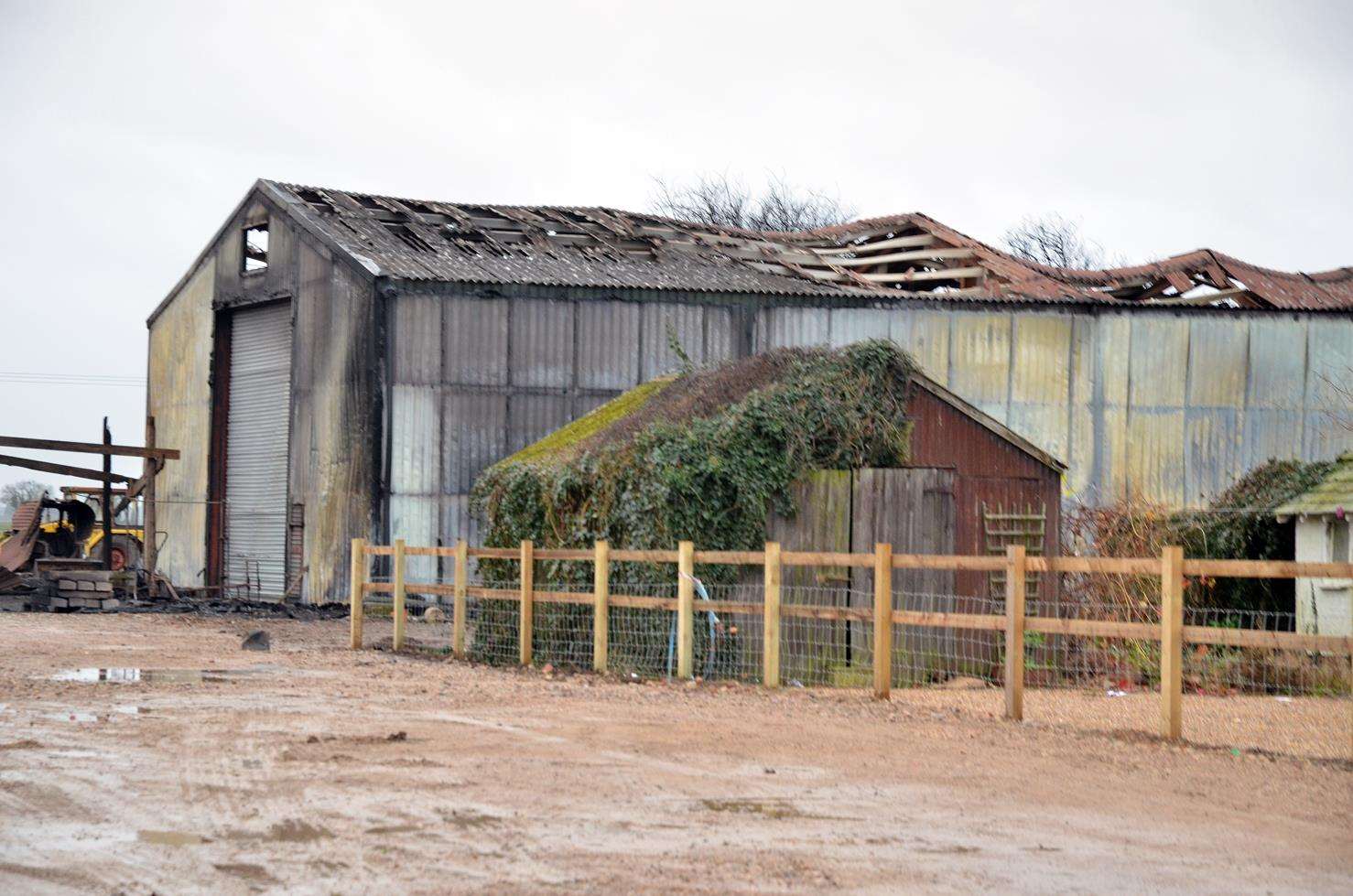 "I called the fire service, but it was too late to do anything about it because I had two tractors, a fork lift truck and some tools that were all destroyed.

"What made it upsetting was that the shed had everything I'd gathered up in 23 years of living down here.

"It's a bit of a kick in the teeth to think that, in two years' time, I'll think of doing a job with my tools and then realise that they were lost in the fire."

Simon Goodale, also of Moulton Seas End, confirmed that he had lost £10,000 worth of pallets used to store vegetables, a fork lift truck and a weeder in the fire.

He said: "A neighbour rang me at 3am on Wednesday and told me that the building was on fire.

"When I came down, 200-plus pallets of empty boxes that we use for packaging had gone up in smoke.

"We also lost a brand new weeder that we'd bought after moving into the holding last October, as well as a tractor and trailer that had caught fire around the corner of the building."

There were no injuries caused by the fire which broke out in buildings owned by the Crown Estate and insured by NFU Mutual.

Mr Goodale said: "Our landlord is absolutely brilliant and we've got everything insured.

Mr Wakefield said: "The Crown Estate has indicated to me that they will rebuild the sheds and I hope the insurance will cover the losses.

"There's no point worrying about it but in 23 years of being down there, I've never had a claim before.

"Now everything has gone and I don't think we'll ever know how it happened."

A Lincolnshire Fire and Rescue spokesman said: "The fire involved an agricultural building and a small outbuilding, causing damage to one static trailer, four tractors and one combine harvester.

"A fire investigation was carried out on Wednesday morning with the result of that being 'undetermined.'

"However, there were no reports of injury or of harm to animals and the fire was believed to have involved storage buildings only."