Sir John Hayes has called for a meeting with Environment Secretary Michael Gove over the felling of trees 'on an industrial scale' along the country's rail tracks.

He says that pictures of empty space alongside Network Rail's tracks could resemble 'Hiroshima'.

Raising the issue in parliament, the MP for South Holland and the Deepings, said: "That we plant trees for those born later seems lost on the denizens of Network Rail who continue, despite a very good independent report, to destroy trees and ​shrubs trackside on an industrial scale, including in places such as Grantham in Lincolnshire.

"This is certainly unethical and much of it, given the effect on protected wildlife, illegal. Will the Leader of the House arrange for an urgent statement by ministers to say how this decimation and destruction can be brought to an end before all that is bright and beautiful is made dark and ugly by the brutal bureaucrats of Network Rail’?

The John Varley review last year delivered recommendations for lineside vegetation management by Network Rail - but critics say that the organisation has not taken these on board.

Oliver Newham, lead external affairs officer for The Woodland Trust, said: “That they (Network Rail) must make the line safe is not in dispute, but it is essential that such work is done in a proportionate way, one that treats the natural environment as an asset, not an inconvenience.

“We have been shown evidence of line clearances that have occurred substantial distances away from the rail lines, with areas left barren and this compounded by stump treating, to prevent regrowth. This will be particularly impactful to wildlife that rely on this habitat as a green corridor, such as bats, birds and other small mammals.

“We are not aware of any proposal to replace the trees removed on, for instance, another part of the network rail estate. This is of concern to us as well as on top of the canopy cover loss, trees in Network Rail’s ownership are important carbon stores, with the company having a valuable role to play if government is to achieve net zero greenhouse gas emissions by 2050." 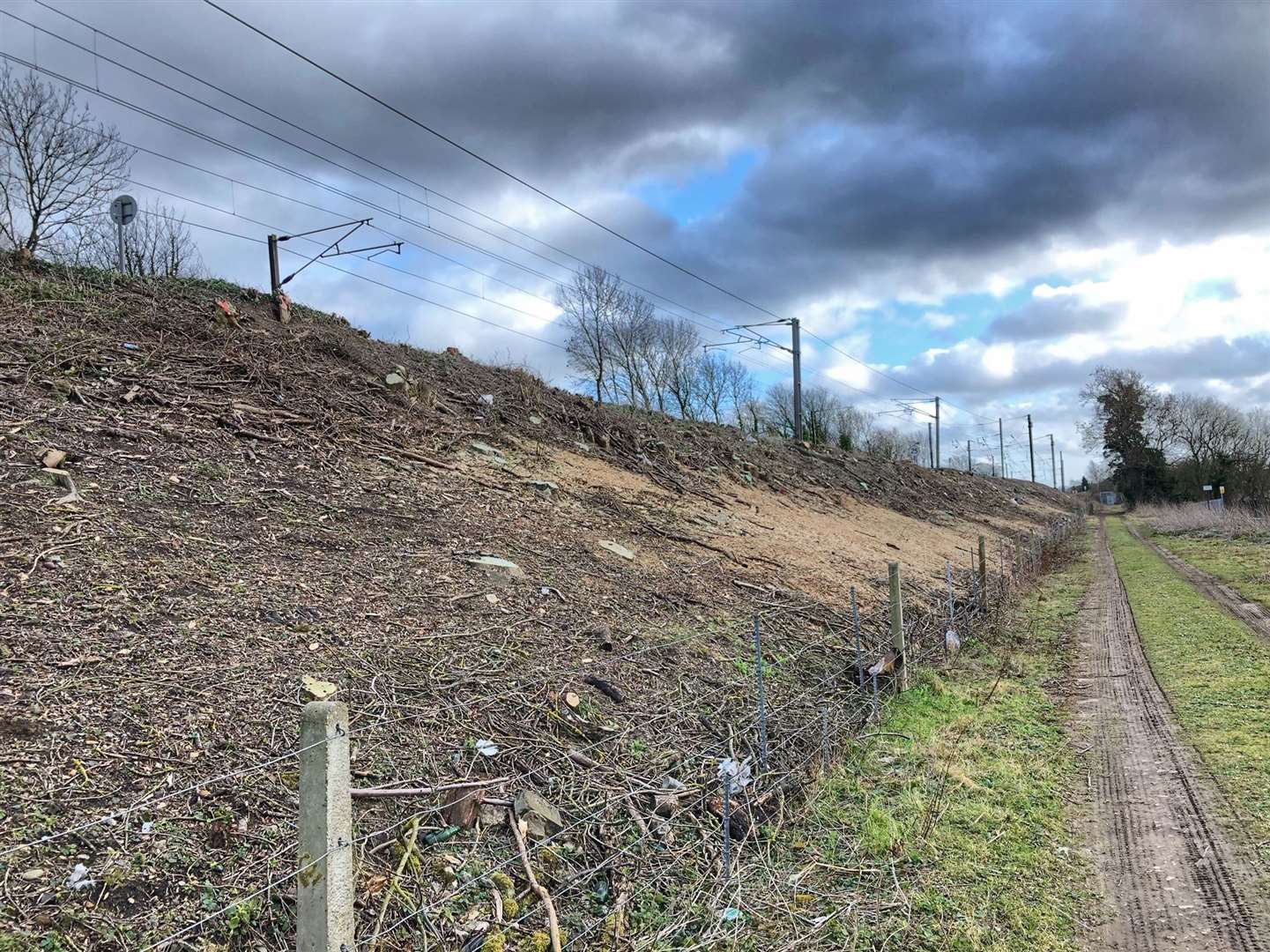 A Network Rail spokesperson said: "Network Rail is constantly balancing the needs of the environment and its line side neighbours with the needs and safety of the 4.8m people who use and rely on our railway every day.

"Each year we record hundreds of incidents of trains colliding with fallen trees and still more where they caused delays to services, costing millions of pounds.

"As a result, we have well thought out standards and policies in place that have been developed with the help of experts over many years that we believe strike the right balance and maintain a safe and biodiverse line side. We are also developing standards that will see vegetation on our lineside estate managed as an asset. This will see the business make better use of environmental data to improve net biodiversity on the railway and contribute to the Government’s targets on habitat and woodland creation.”

Donington's most famous son: Government back campaign to have Matthew Flinders returned to home village