South Holland remembers Arnhem on both sides of the North Sea

South Holland people have taken part in commemorations on both sides of the North Sea to remember those who fell in The Battle of Arnhem.

Angela Porter's father, Basil Dash, was one of the lucky members of the 3rd Battalion of The Royal Parachute Regiment who survived the fierce fighting as was fellow Para Les Dakin.

Angela and husband Alan, and Les Dakin's son, David, were among the South Holland people who went to Arnhem for the 75th anniversary commemorations.

On Sunday - back on South Holland soil - Angela was among the many people from far and wide to converge on Donington for its 75th anniversary Arnhem parade and service.

Donington was a wartime home to the 1st Parachute Squadron Royal Engineers, and two of their number survive, Chelsea pensioner John Humphreys (97) and centenarian Tom Hicks, who lives in Barnsley.

Nissen huts on Spalding Grammar School's field were the homes afforded to 3 Para before they left for the biggest ever airborne assault in history. 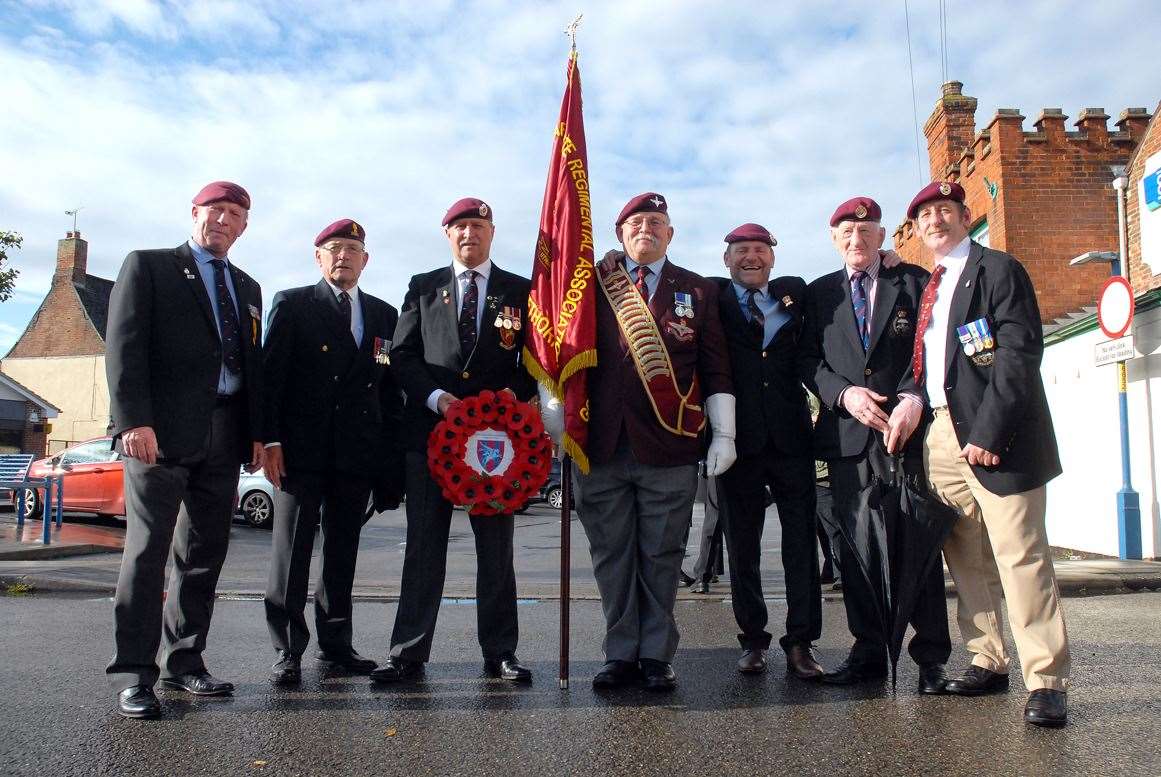 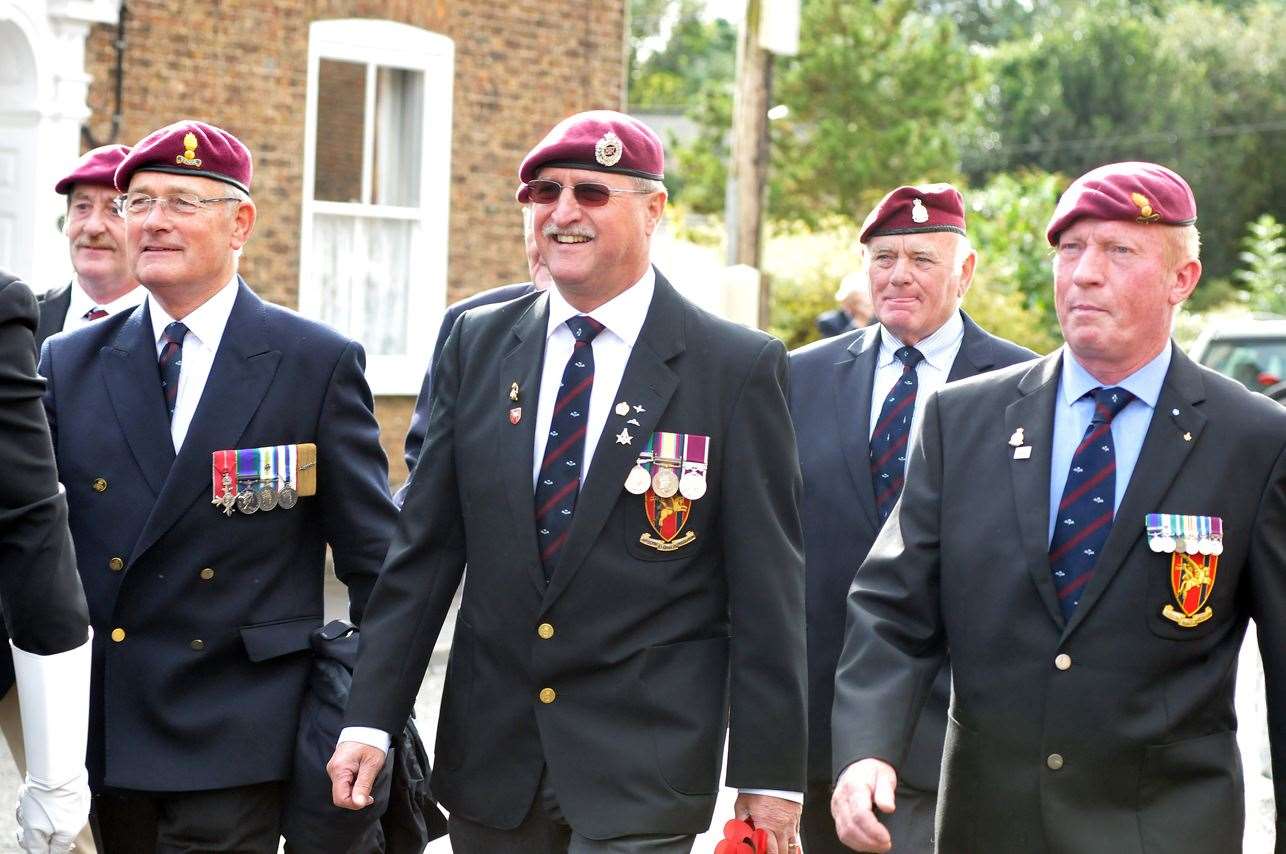 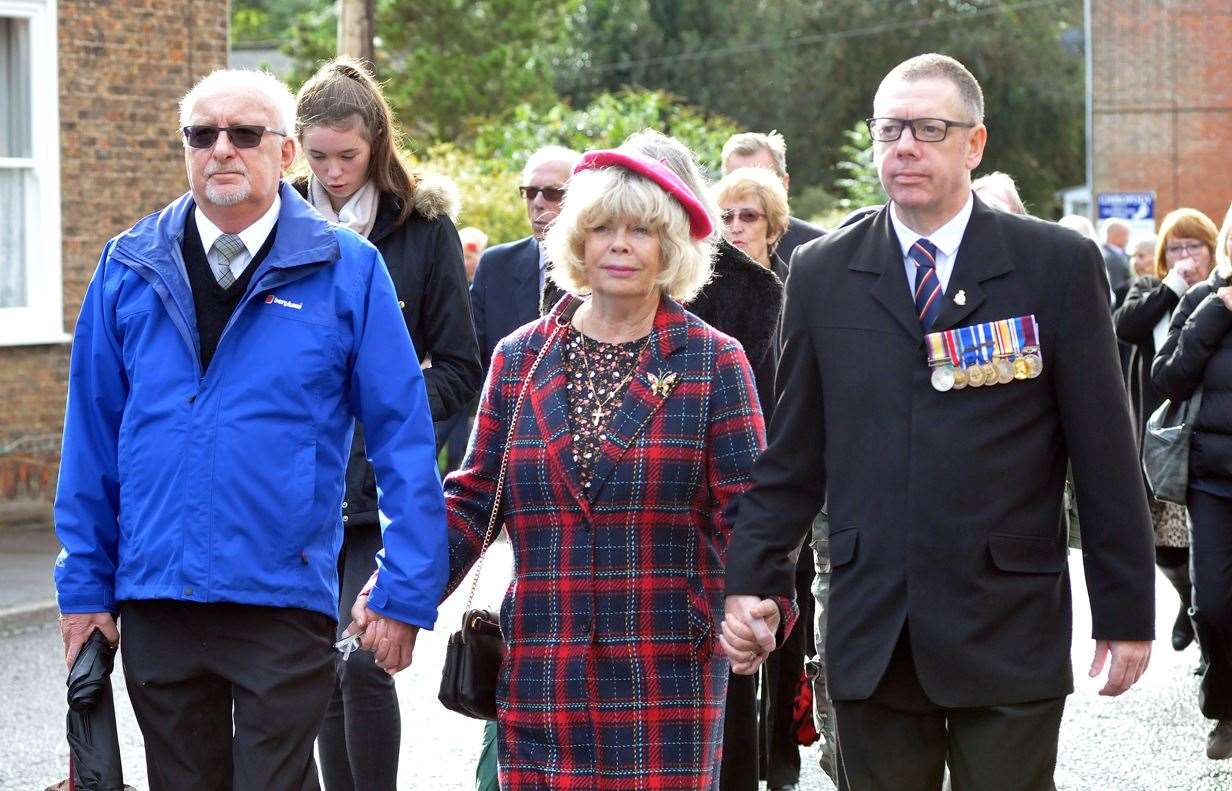 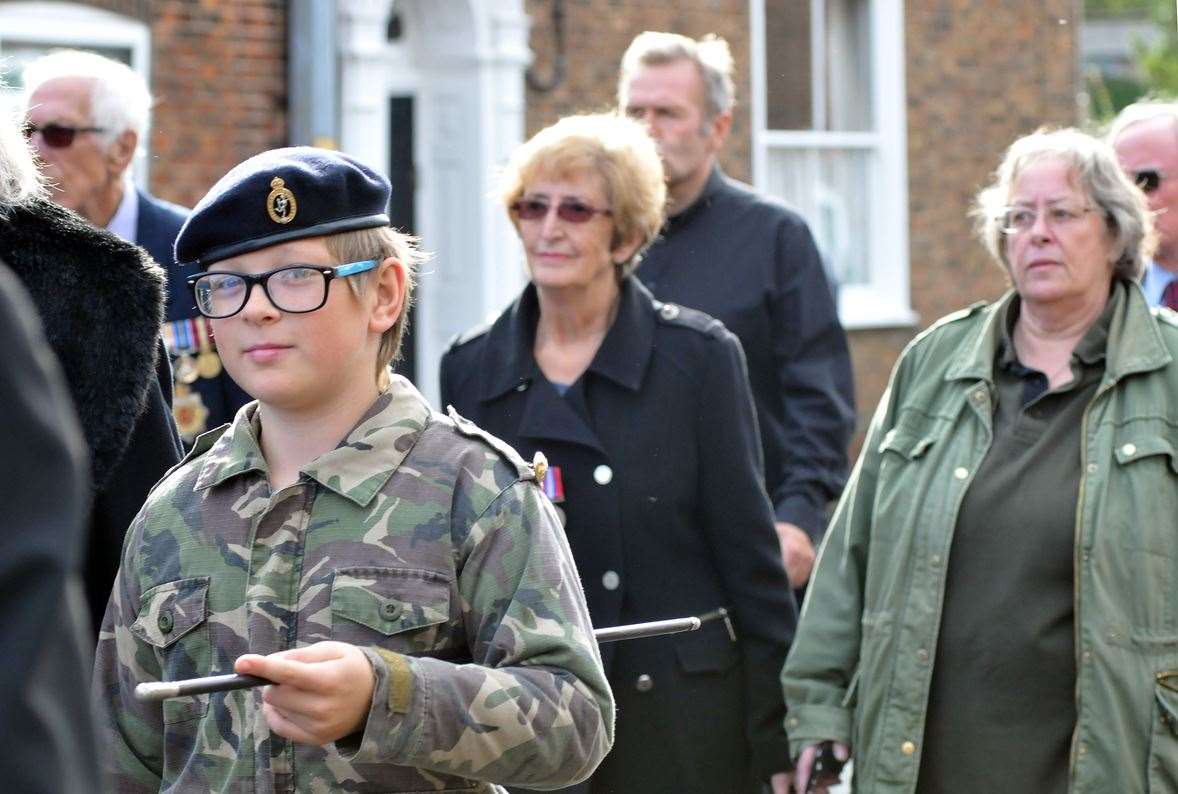 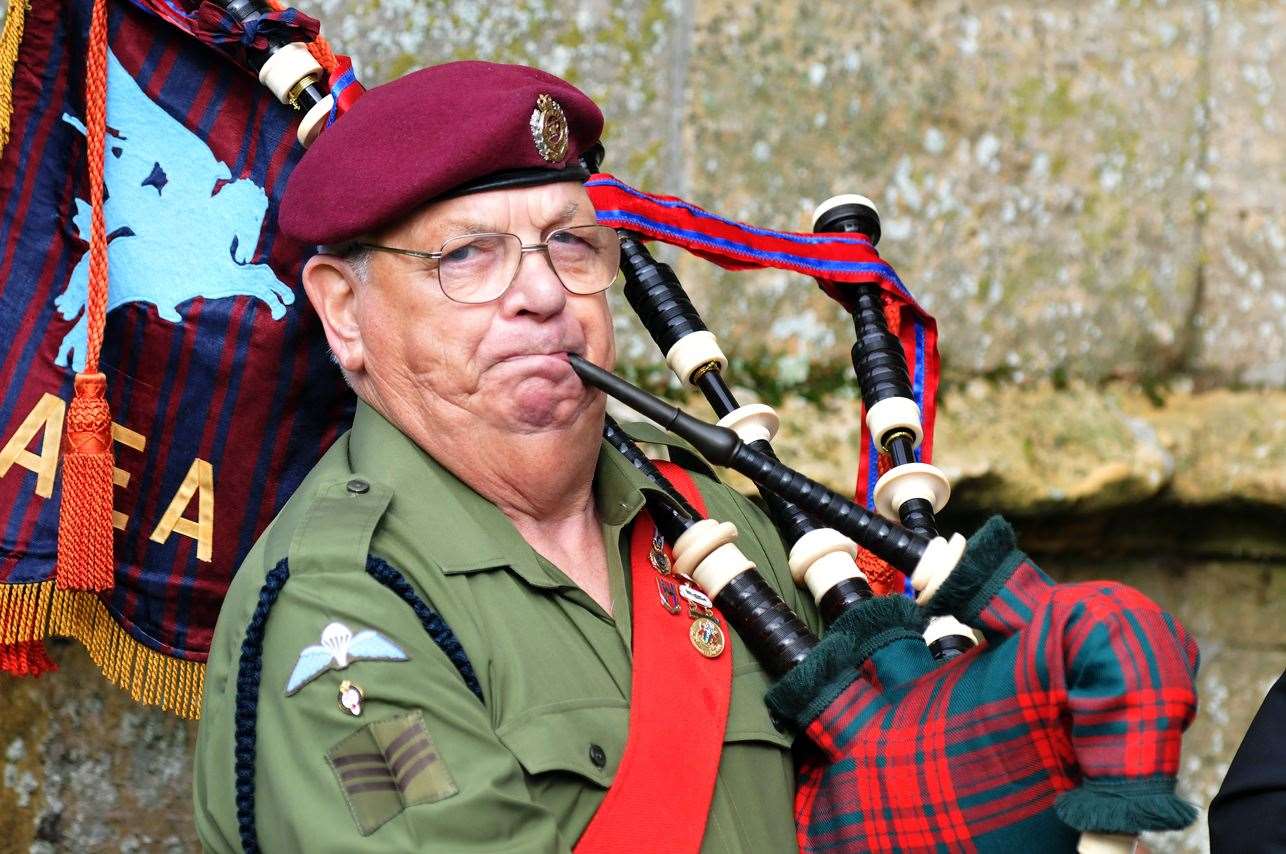 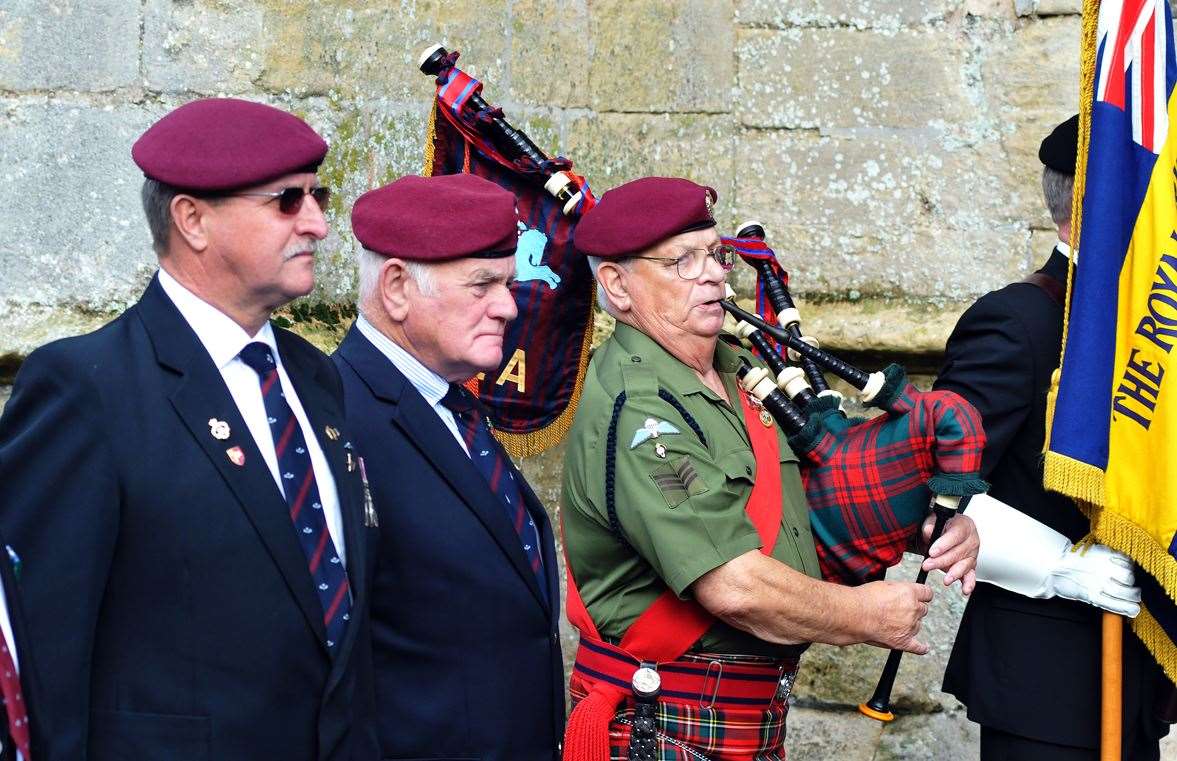 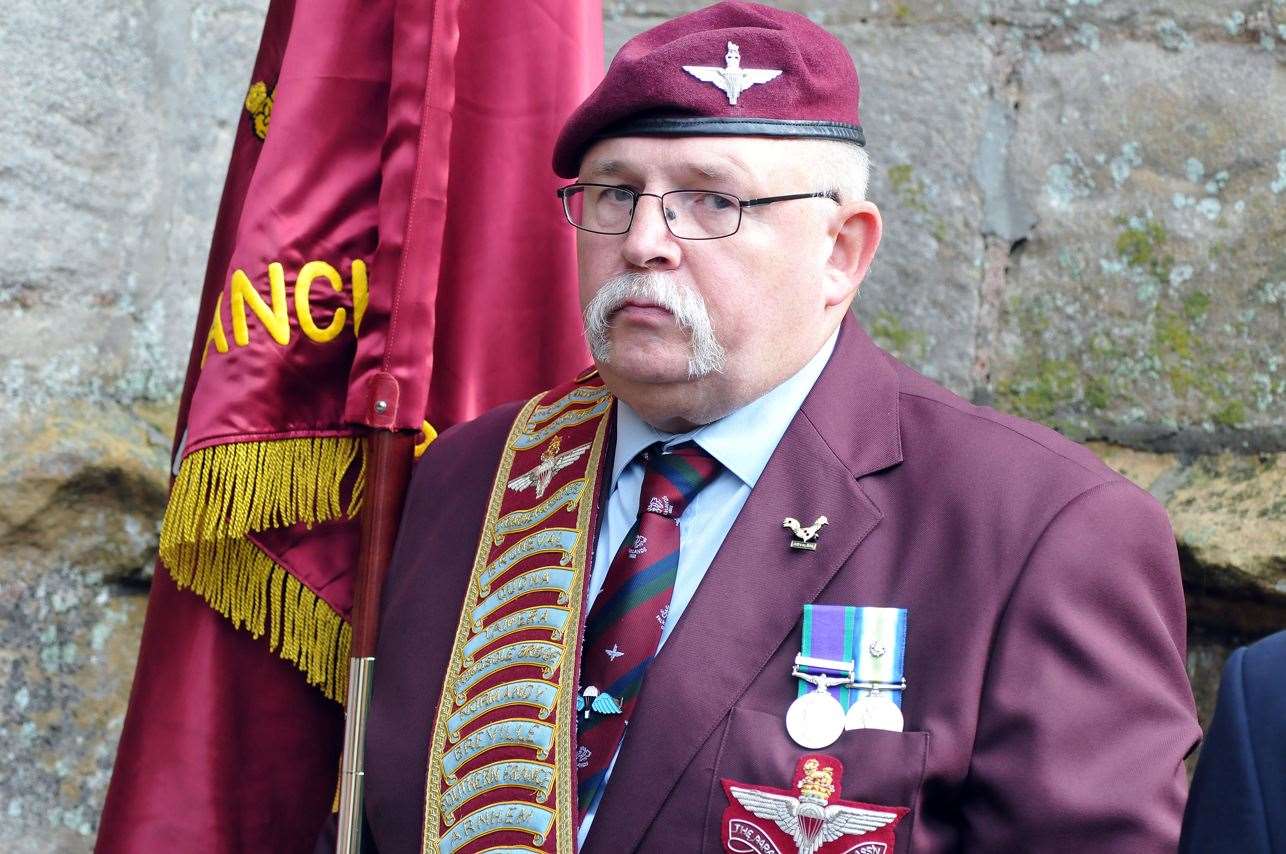 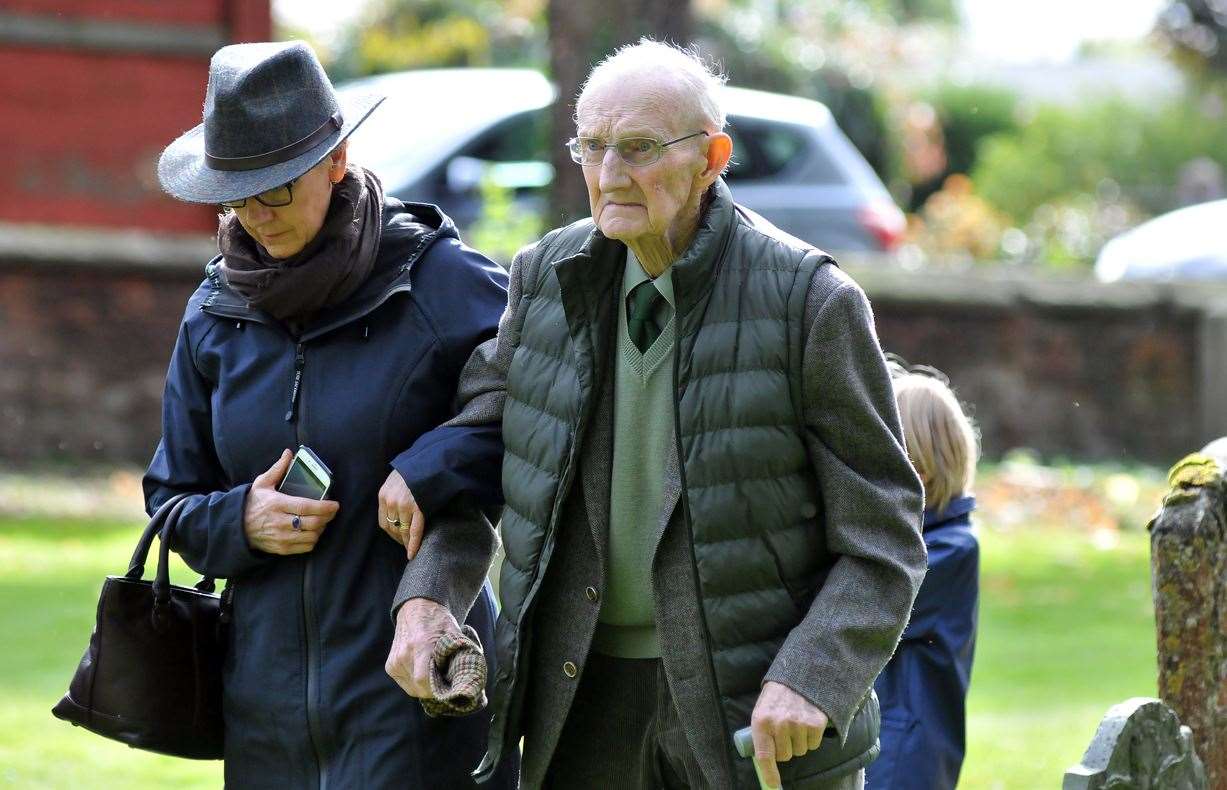 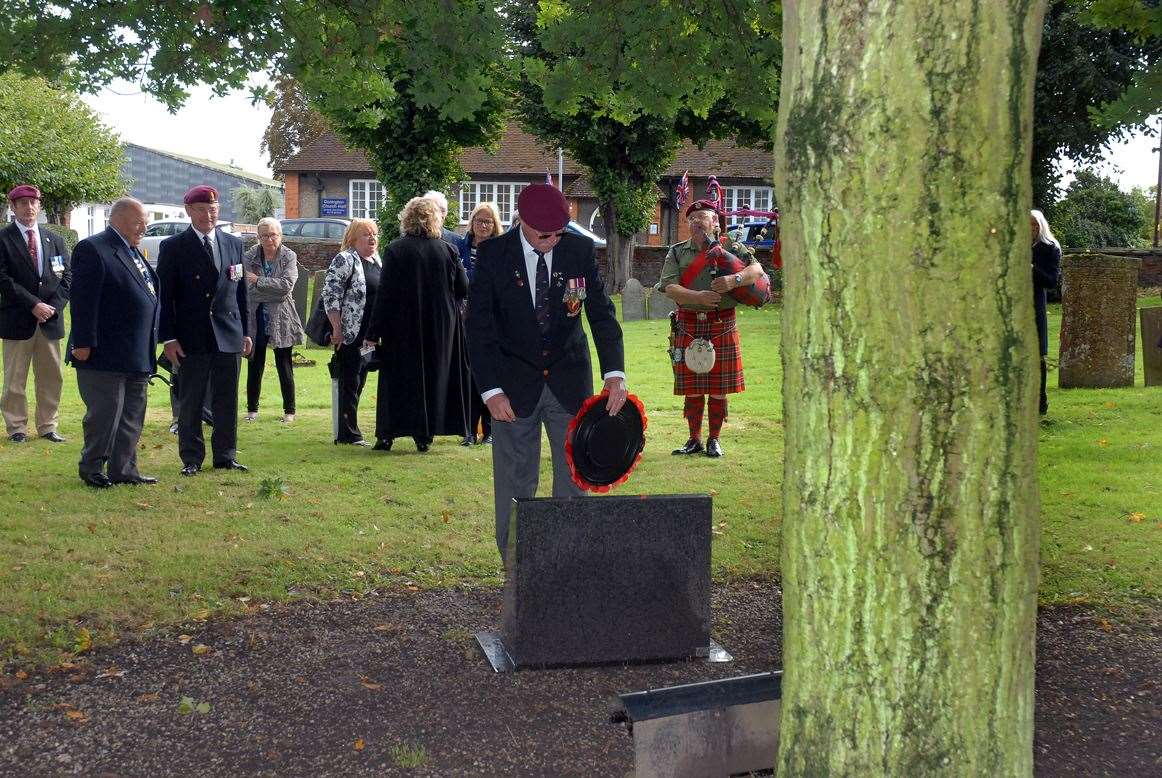 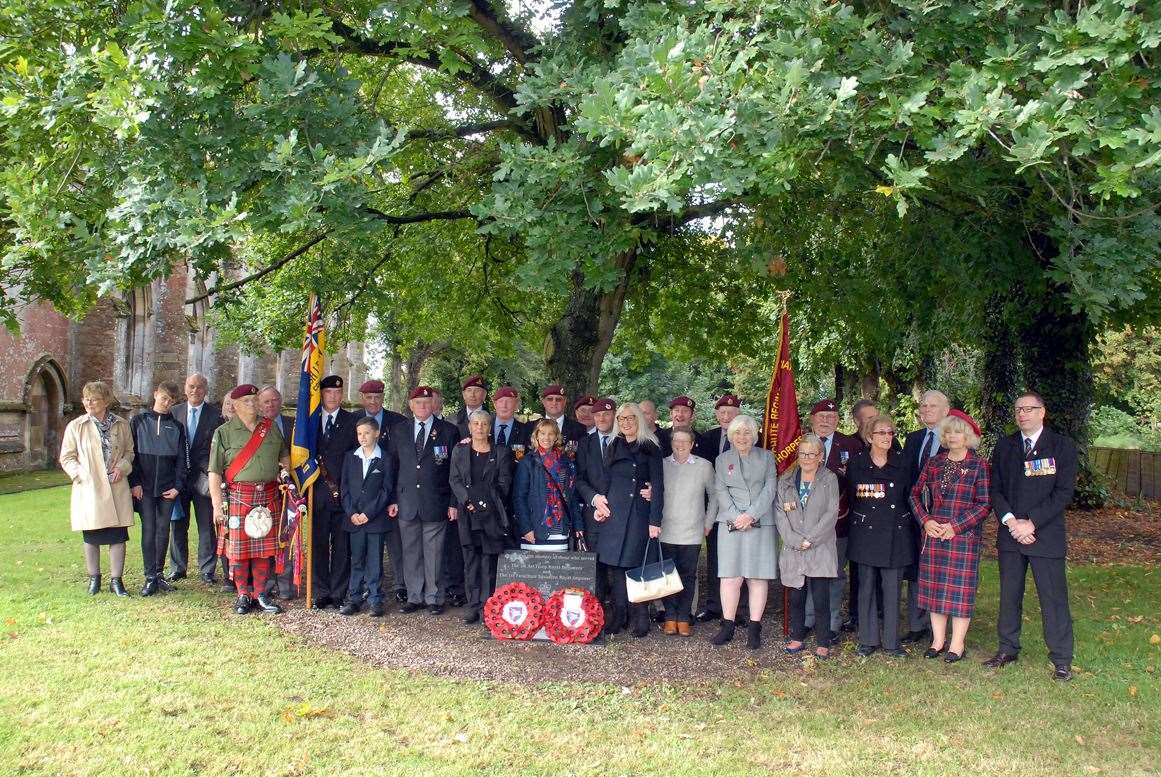 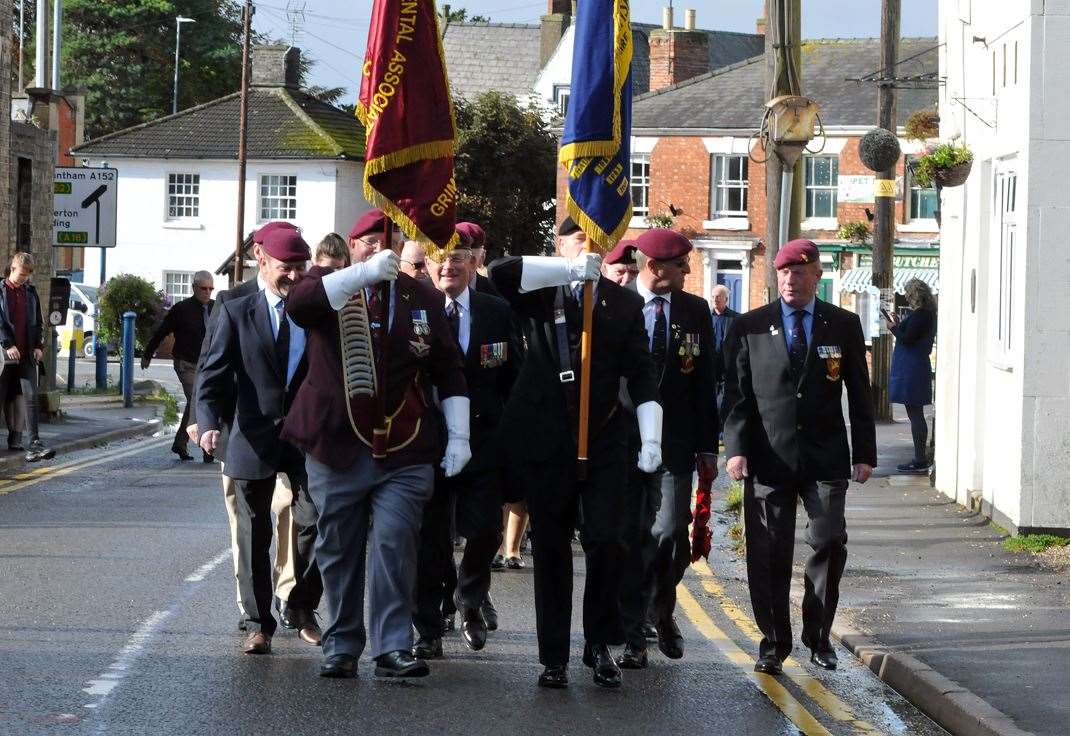 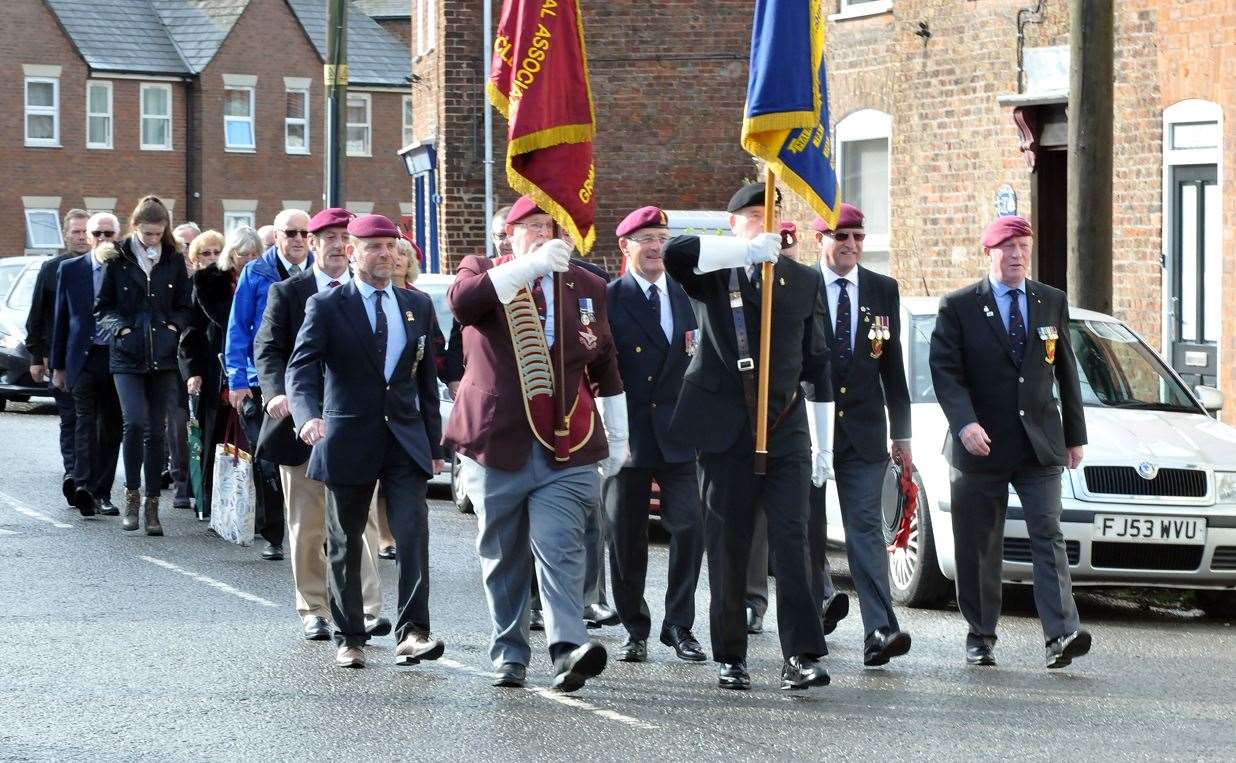 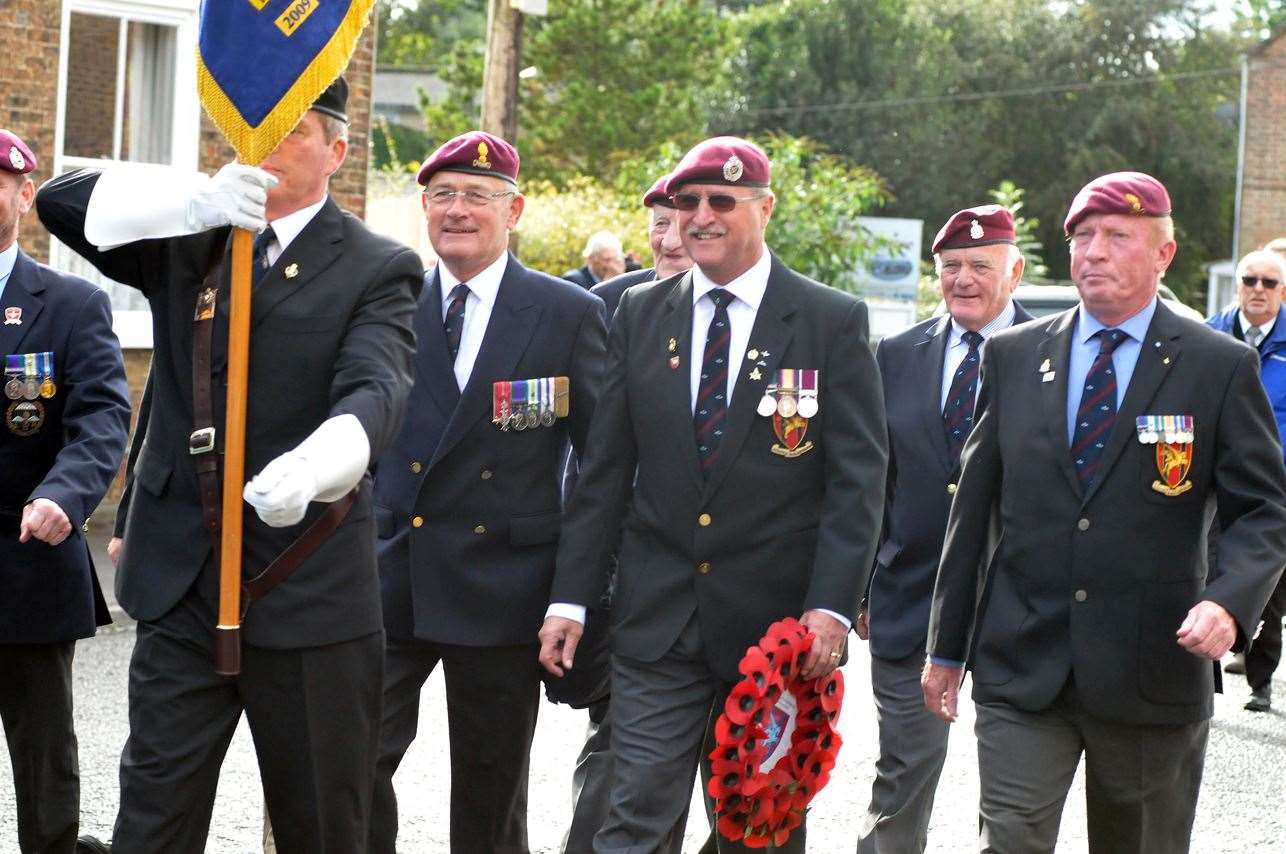 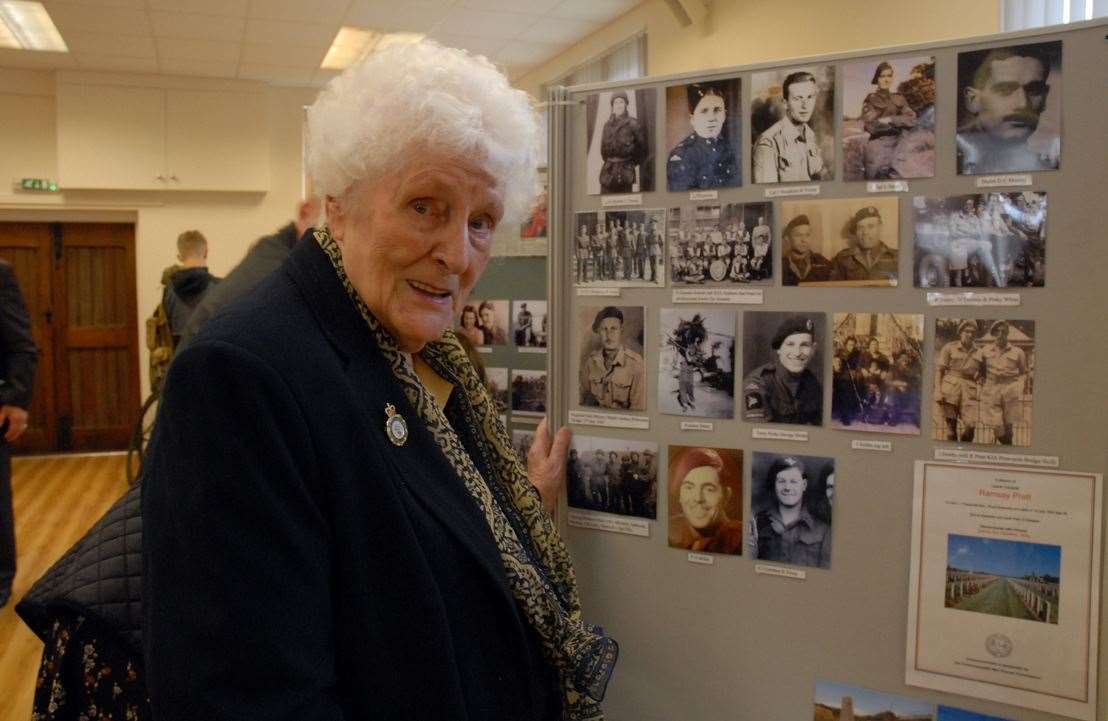 Angela said: "At 9am on September 17 we joined the local people and many schoolchildren at the Airborne Memorial at Oosterbeek to lay wreaths on behalf of Spalding Parachute Regimental Association and the people of Spalding and South Holland to pay respects to all the men who left their billets in Spalding in 1944 and did not return."

It was the first time that Angela and David had followed in their fathers' footsteps, visiting many sites significant in the fighting, including the place where Les Dakin had fought in the schoolhouse on the bridge at Arnhem.

The party also witnessed a mass parachute drop that took place in tribute to the heroic Paras.

Angela said: "We found everywhere we went, particularly at commemorative events, that the local people were still feeling greatly indebted to the paratroopers and ground troops who were part of Operation Market Garden."

In Donington there was a parade from Market Place to St Mary and the Holy Rood Church.

Among those attending were members of The Airborne Engineers Association and veterans' families.

After the war, Donington man Tom Gilks (82) joined the same unit as the men stationed in the village who went to Arnhem.

Tom was also just home from paying his respects in The Netherlands and it was his sad duty at the service to read out the names of the fallen.

Donington resident Eddie Finch said: "The service was very well attended and, as it was the 75th anniversary, special efforts were made to track down families of veterans and to reconnect with families who had not attended for many years or who were unaware an annual service was held in their memory."

Following the church service, wreaths are laid at the Arnhem oak - brought back as a sapling from the battlefield.

On Sunday, the family of Peter Stainforth handed out saplings grown from the oak.

There was an exhibition of Arnhem memorabilia on the day, including photographs and moving stories of the soldiers who had briefly called Donington their home.