The team behind a project to remember Spalding Flower Parade and build a new event for the future are inviting crafters to get involved.

Local artists Laura Mabbutt and Kathleen Smith are part of the Flower Power project which is being spearheaded by Chain Bridge Forge and funded by £15,000 from the Arts Council to gather people’s memories of the parade.

The artists have created two craft kits for people to make flowers or floats at home which they then hope to use in future Flower Power projects.

They have 30 of each kit to give away, each containing all the materials you need to create a finished object.

Also included in the kits is a booklet asking participants about their memories of the parade and their thoughts on what shape any future event could take. 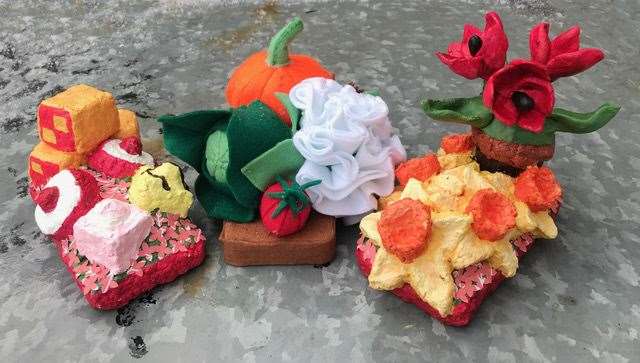 Geoff Taylor, a director of Chain Bridge Forge, says he has been encouraged by the positive feedback he has received so far about creating a new event in the future.

As well as a digital archive/exhibition of the materials and memories gathered as part of the project, there is also the possibility of themed artwork and of using augmented reality technology the forge has access to to replicate aspects of the parade online.