Rachel Shaw, of Lincolnshire Wildlife Trust, lets us in to some fun facts about dragonflies in this month's column:

Our most impressive insects are on the wing now and being celebrated in National Dragonfly Week. These are insects that evolved well before the dinosaurs.

Three-hundred million years ago, when oxygen levels were higher in the atmosphere, they grew to giant proportions with wingspans of 70cm. The dragonflies of today are smaller but are still aerobatic flyers and ferocious predators.

Dragonflies can move each wing independently, giving them immense manoeuvrability. They can fly backwards, hover like a helicopter and perform hairpin turns.

Their two huge eyes take up most of the head and 80% of the brain is devoted to dealing with this visual information. They hunt down other flying insects with ease.

When at rest, dragonflies hold their wings out at right angles to their bodies. The largest are the hawkers that patrol their territories for their insect prey.

There are also are small blood-red darters, and, chunky skimmers and chasers. They all do exactly what their names suggest; darting, skimming or chasing their prey.

The smaller, more delicate cousins of dragonflies are damselflies. They usually stay closer to water. When at rest, they hold their wings closed back against the length of their bodies.

Electric blue damselflies, the size of a darning needle, flutter through reeds. Demoiselles, with beautiful coppery patches in their wings flap out from overhanging willow branches along the river bank – the males battle low over the water to secure the best territories.

There are 17 species of damselfly and 23 species of dragonfly resident in the UK, with the occasional visitor from continental Europe. 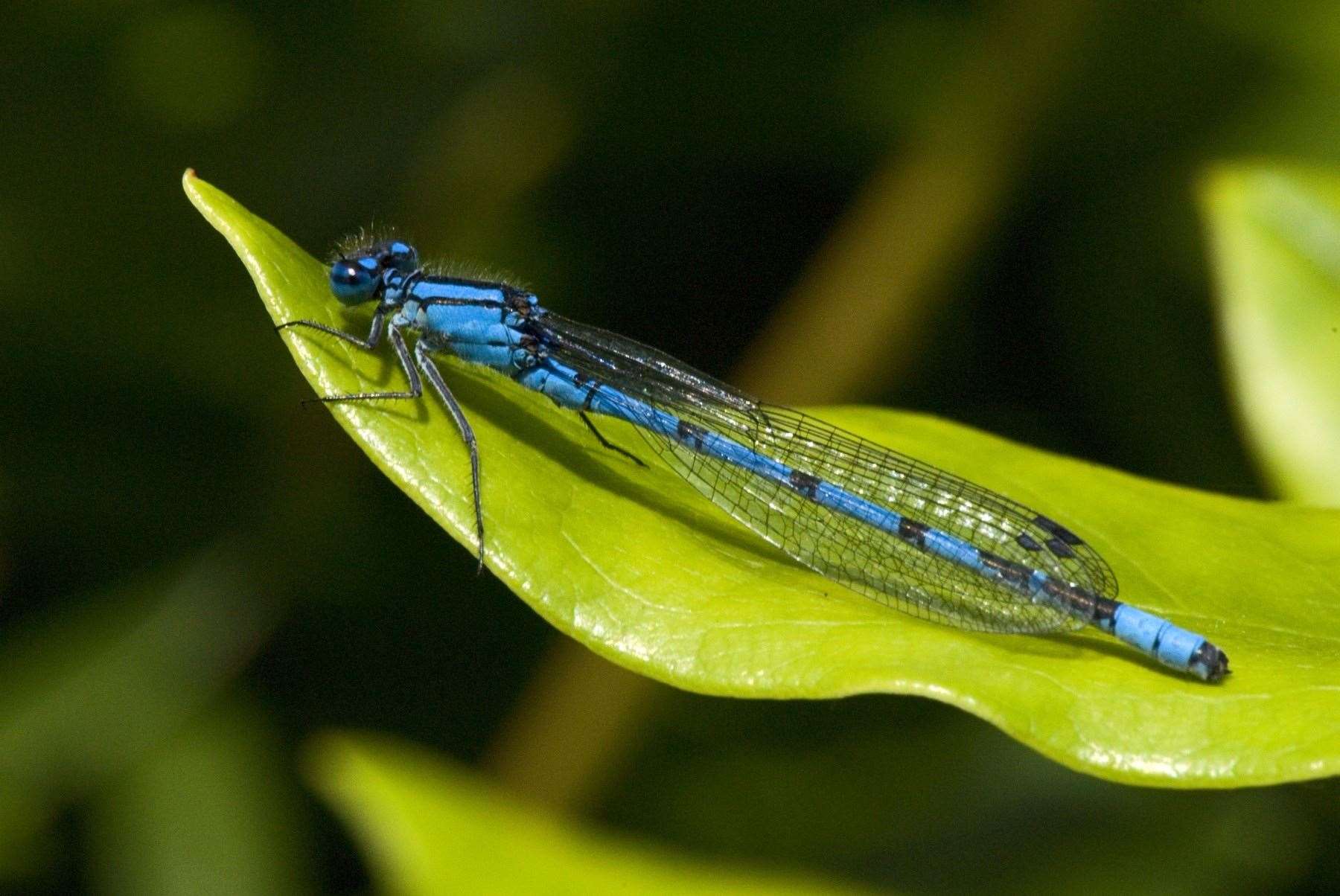 The earliest damselflies are on the wing by early May, while the last common darter of the year might still be flying on a warm October day. The highest species diversity is found during July and August. Like most insects, dragonflies are at their most active in warm sunny conditions.